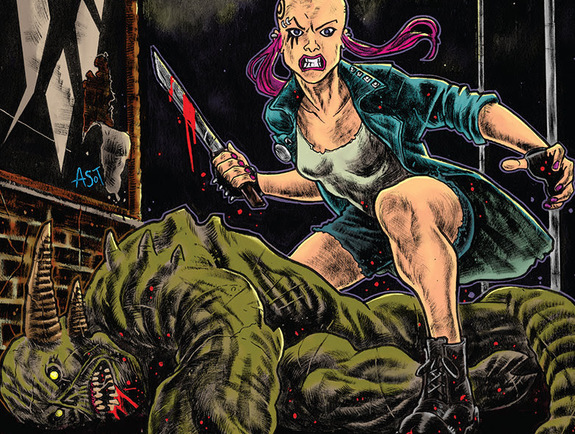 Punk Mambo is a bad ass punk rock voodoo priestess who fights things that go bump in the night.  Valiant is excited enough about her character to hitch her to rockstar writer Cullen Bunn.  In the typical Valiant way they have also found a way to turn up their promotion of her debute book up to 11.

I have made no secret of my love of Valiant comics over the past few years.  There have been some business deals behind the scenes at their corporate group that have had me scared that they would begin missing beats.  However, when I see things like Punk Mambo and how they are promoting it, it gives me confidence that same same wacky hustlers that I have grown to love about the company is still there.  Valiant is a company that will find fun and unique ways to promote their comics and you never know exactly what form that will take.  They do crazy chrome covers, and even have been releasing some comics with a specially made glass cover.

Now they are promoting one of their hottest new characters Punk Mambo by using cover artwork inspired by Iron Maiden's cover art and will be released through a Metal Band's A Sound of Thunder Kickstarter campaign that can be found at:  http://kck.st/2Eff4Uv   The band itself will also have a special track inspired by the Punk Mambo character.  I personally am a big fan of the black and white cover you can check that out below.

While definetly a sales gimmik it also feel organic as Punk Mambo herself has a strong Punk/Metal vibe to her.

Punk Mambo without the special cover will be released on April 24th.

Both versions are available exclusively through A Sound of Thunder’s current Kickstarter campaign. Visit the campaign at the following link for more information: http://kck.st/2Eff4Uv

From celebrated writer Cullen Bunn (Venom) and badass artist Adam Gorham (Black Panther) comes the hilariously horrifying PUNK MAMBO, about a hard-living voodoo priestess who grew up in London, relocates to the Bayou, and becomes a mystical mercenary for hire. In her first-ever solo comic book series, Punk Mambo investigates a series of abductions in the New Orleans Gutter Punk scene, stumbling upon a deadlier mystery that takes her to the haunted shores of Haiti. PUNK MAMBO #1 debuts in comic shops from Valiant Entertainment on Wednesday, April 24th with covers by Dan Brereton (Nocturnals), Zu Orzu (X-O Manowar), Cris Delara (Aspen Visions: Fathom: Spinning Our Fate), and interior artist Gorham.

In addition, fans who pre-order all five issues of the PUNK MAMBO series at their local comic shop by April 1st will receive a special code to download a digital file of A Sound of Thunder’s “Punk Mambo” track for free. The code will appear in the Pre-order Edition of PUNK MAMBO #1. To find the comic shop nearest you, visit http://comicshoplocator.com.

About A Sound of Thunder

A Sound of Thunder is an American heavy metal band established in 2009. The Billboard-charting group was an early pioneer of crowd-funding and has out-funded major label competitors with the support of their loyal fan-base known as the “Legion of Thunder”. For their fifth album in 2015, the band partnered with Valiant Entertainment to issue Tales from the Deadside, a concept album based on Valiant’s Shadowman comic series. In 2017 the band scored a Top 40 hit in Europe and won an Independent Music Award for their rendition of the Catalonian national anthem “Els Segadors." 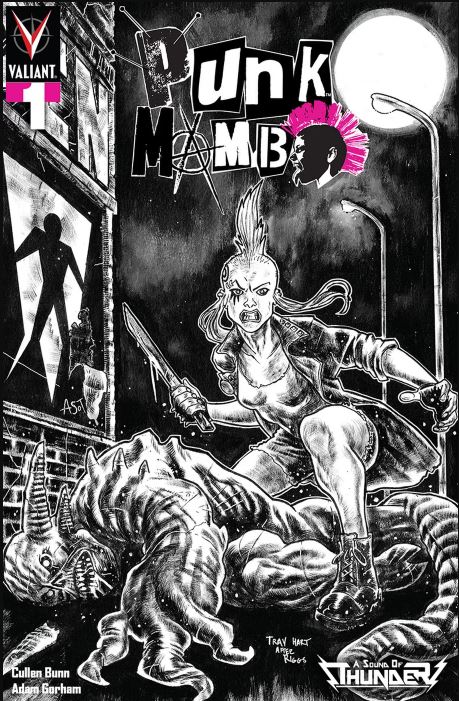 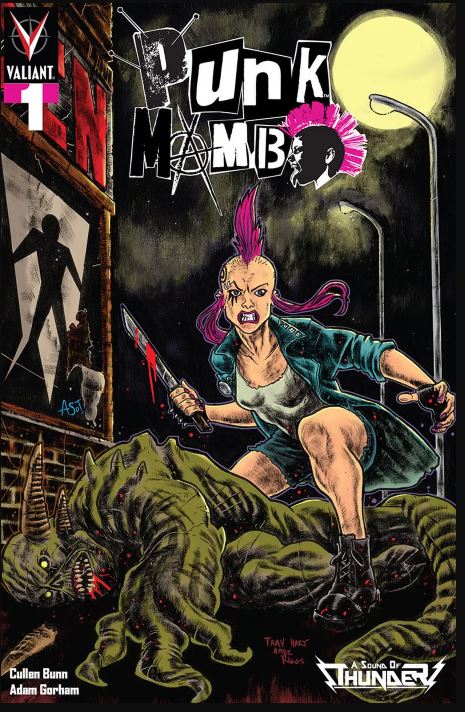