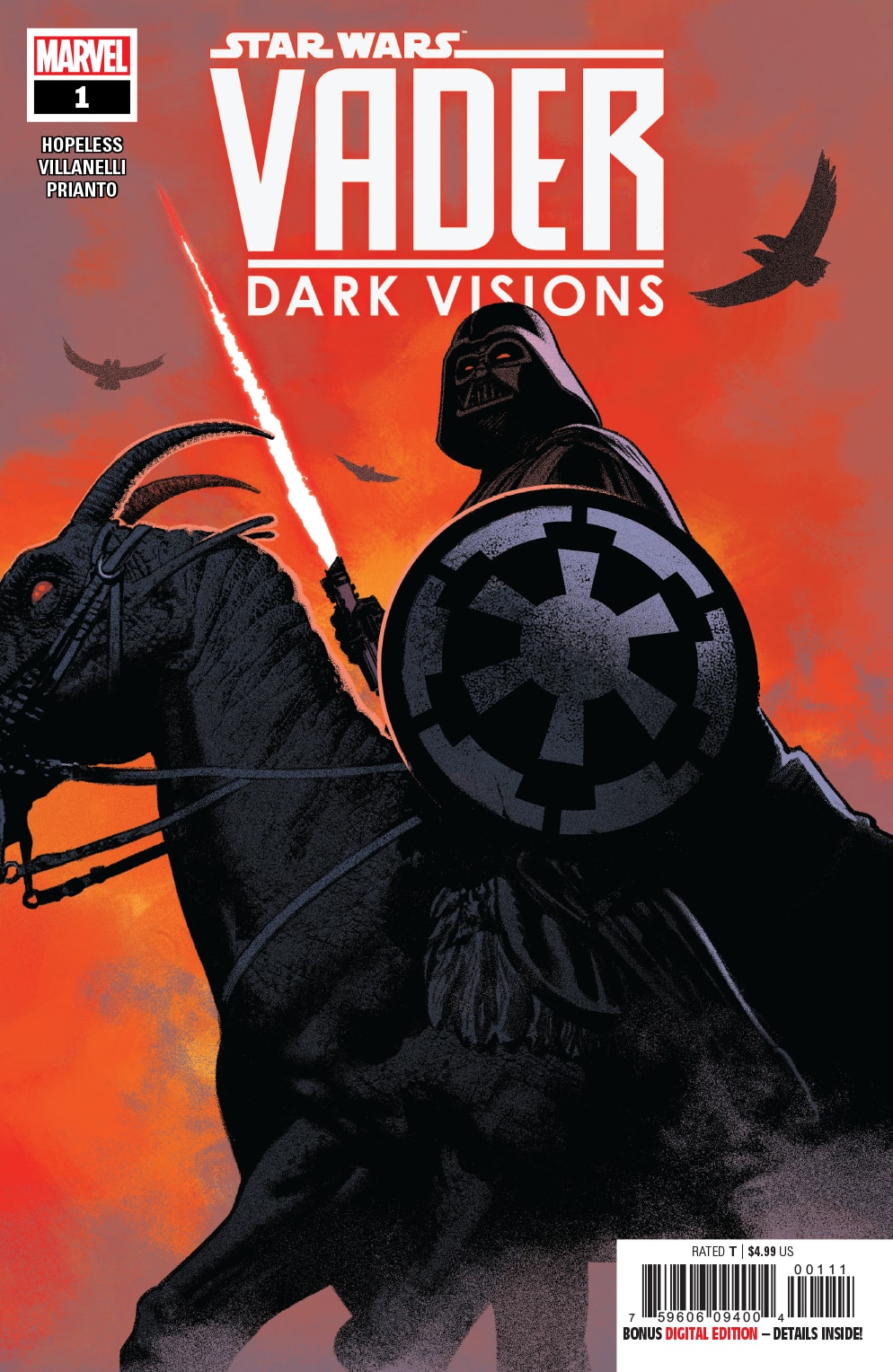 Frank Frazetta was an iconic fantasy artist whose works for comic books, paperback book covers, paintings and posters and even LP record album covers have become covetted pieces of art.  He was the subject of a documentary in 2003 and inducted into the Will Eisner Comic Book Hall of Fame in 1995 along with the Jack Kirby Hall of Fame in 1999.  While Frazetta is not new I am noticing something of a resurgence of interest in his works.  I am not sure exactly what is spawning it but my gut assumption is that as D&D exploded interest in works of older fantasy artists and writers as exploded as well.

Some direct evidence of this is that there is a variety of Frazetta artwork on t-shirt at Deathsaves.com.  Deathsaves is the D&D themed merchandise store of Joe Manganiello.  T-Shirts are sold there featuring a few notable pieces of Frazetta art including his Serpent, Paladin in Hell and Werewolf.  You can see Joe rocking one of these shirts on his Instagram.  I don't have any sales information from Deathsaves but from what I can tell they are selling very well much like all things D&D right now.  This means there are more people rocking Frazetta art t-shirts out there than there have been in a very long time.

Here is another Frazetta art shirt on Deathsaves.  The combination of metal and fantasy create a very awesome T-Shirt. 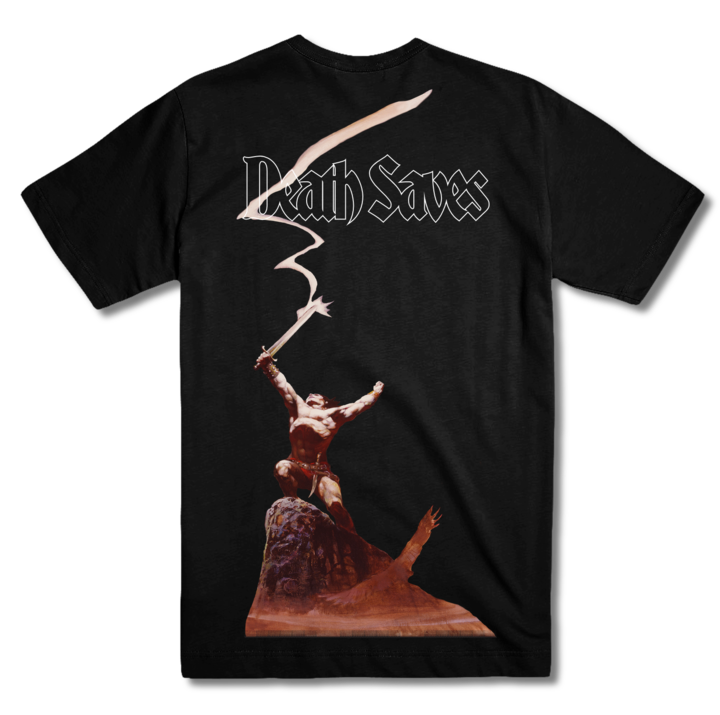 This brings us todays new comic book day where a new Darth Vader comic hits the stands in one Frazetta's most famous poses.

STAR WARS VADER DARK VISIONS #1 (OF 5)(W) Dennis Hopeless (A) Paolo Villanelli (CA) Greg SmallwoodWHO IS DARTH VADER?He has been many things: a SITH warrior, a commander, a destroyer. DARTH VADER is to many throughout the GALACTIC EMPIRE a symbol of fear and mysterious, otherworldly power. But there are some who have seen the DARK LORD in a different light. There are some corners of the galaxy so dark and desperate that even Vader can be a knight in shining armor. The first issue of a new STAR WARS limited series, writer Dennis Hopeless (CLOAK AND DAGGER, JEAN GREY) sheds new light on the many sides of the galaxy’s greatest villain.Rated TIn Shops: Mar 06, 2019SRP: $4.99

Darth Vader appears riding a horse like a dark medieval knight with an imposing blood red sky in the background.  This pose looks very much like the famous work of Frazetta called "Death Dealer."  The Death Dealer painting is from 1973 and was popular enough to help spawn a series of novels.

Death Dealer featured a barbarian named Gath of Baal who meets a beautiful sorceress named Cobra who wants him to repel an invading force.  She gives him a cursed helmen possessed by the god of death.  While Gath has extreme power using the helmet he is also cursed by being bent to the will of death.  Gath is forced to use the helmet to repel an army of Mongol like warriors called the Kizzaks.  Gath battles both against the Kizzaks and the powers of his helm and eventually is victorious. Obviousily Gath and Darth Vader have a lot of simularities.  So using his iconic cover for a Darth Vader cover does make a lot of sense. 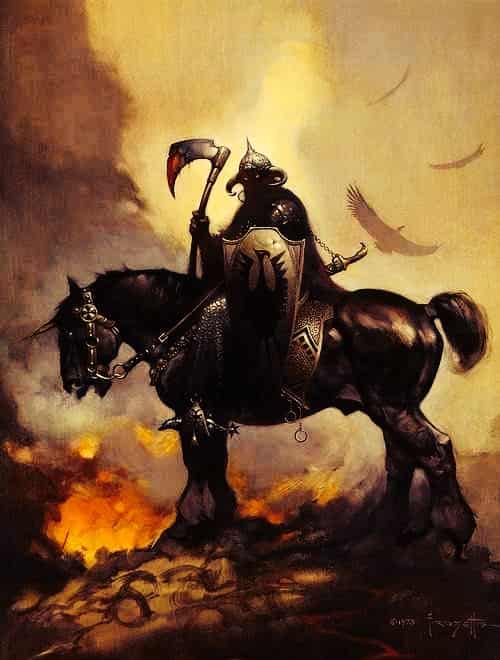 You can see more awesome Frazetta Death Dealer artwork in the video below: