Venom enters the War of Realms in Venom #14 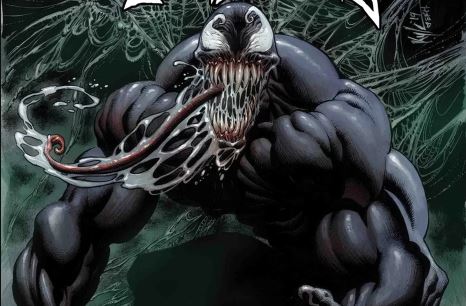 Venom enters the War of Realms in Venom #14

Marvel is in midst of another massive event this one centering on Thor's 9 realm multiverse and his big baddie Malekith.  The Dark Elf is now attempting to attack Midgard (That being Earth) and now all of Earth's heroes and villains must contend with this giant fantasy army coming to conquer them. That seems to include none other than Venom.

Venom has been excellent this past year.  The series has really blown me away since the company made the common sensical move of bringing back Eddie beneath the suit.  They have in turn added a lot of depth to the Venom lore and even created one of the coolest villians Marvel in Knull.  Knull is just so freaking AWESOME.  This story has been brought about by writer Donny Cates who also wrote the Thanos story and the Cosmic Ghost Rider books.  I will be honest Marvel the past year has pretty much been the Donny Cates show.  The only other series really up there was the Immortal Hulk series that also imbued it with some fun wrinkles.

Well Donny Cates sadly is onto other projects during the War of Realms.  Don't worry he is back on Venom after the event.  Filling in is Cullen Bunn the writer who brought Marvel the Monsters Unleashed event.  Venom should be in good hands with Bunn and I am excited to see what he does with Venom duirng this event.

It seems as though Venom is going to form a team.  Which is always interesting when that involves Venom.  Venom #14 is slated to hit shelves in May.

Venom Store:
Venom is here and he is not taking any prisoners on Amazon!

VENOM #14
CULLEN BUNN (W) • IBAN COELLO (A)
WAR OF THE REALMS TIE-IN!
• Chaos reigns as Malekith’s campaign to take over the Nine Realms sweeps through Manhattan.
• With desperate battles raging all around them to quell Malekith’s horde, Venom has teamed up with an unlikely group to try to stop Malekith…
• …or die trying.
32 PGS./Rated T+ …$3.99