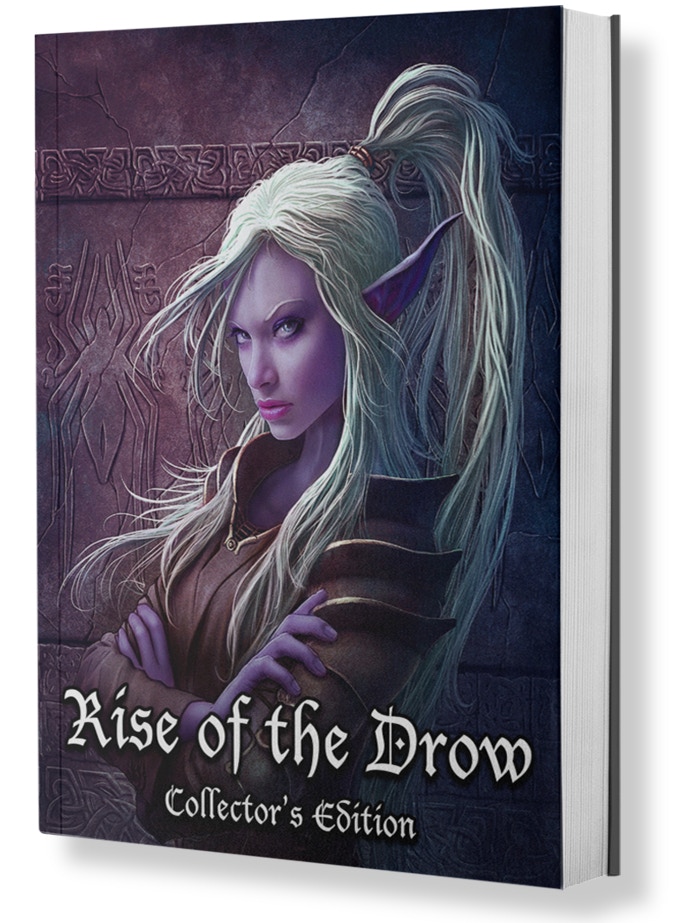 Some of my favorite villains are the Drow Elves.  Their intelligence makes them great masterminds but they can also be fiercsom fighters, malevolent wizards and horrifying clerics.  Soon as Drow are even hinted at players begin to stand on edge as the shadow come alive in danger.  With that in mind its of little surprise that I have been waiting for the Rise of the Drow Kickstarter that promises to bring the Rise of the Drow (2014) to 5th Edition with style.

I think Dungeon Masters all over should check out this Kickstarter.  Its called the Rise of the Drow Collector's Edition and can be found at:
https://www.kickstarter.com/projects/adventureaweek/rise-of-the-drow-collectors-edition-for-dandd-5e-a/?fbclid=IwAR2YzA_e3yzMyn-AwziX9k354LmH9BofYNB5JA5ePCLBa2Yc6LlnQMl0bFI

It offers a massive amount of Underdark adventures, places, creatures, encounters and maps.  With over 600 pages of content and an adventure that can take players from Level 1 through Level 20!  The cost of the kickstarter $59 for a PDF version and $99 for the hard back book version.  It is definetly not cheap (Few things in the D&D universe are).  The sheer quanity and quality of content here though makes this book cheap on a per page basis.

There is one official 5e D&D adventure book that focuses on the Underdark it is called Into the Abyss.  I know many people like it.  You can see it below on Amazon.  Into the Abyss has also been critisized for needing reworks in its encounters to sync to the party difficulty challenges and also requiring a lot of updates by the DM.  That generally does not bug me, though I myself have not run it to know.  However, that adventure also does not offer the amount of content that is in this particular Kickstarter.  Still its worth considering if the cost of Rise of the Drow is prohibitive but you still want to bring the Drow to life for your gaming group. 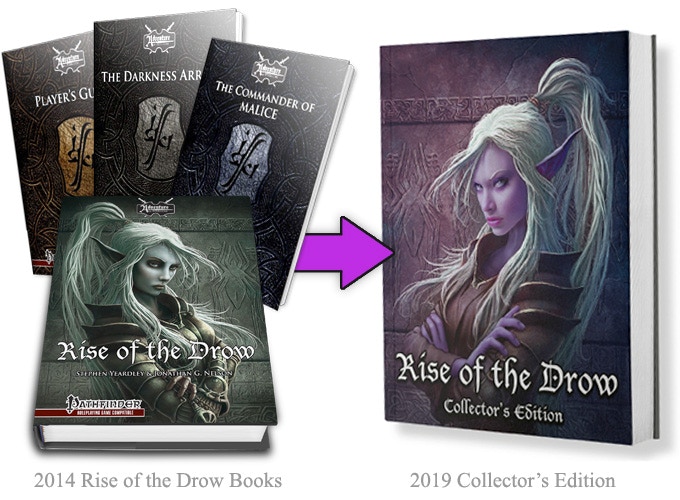 The bulk of the Rise Drow Collector Edition Kickstarter material comes from the similarly named Rise of the Drow from 2014.  That epic book has taken on something of a Legendary status and many have been using it and updating for Underdark adventures.  Many like myself have been waiting for an update to 5e.  Well the update is now here.

To see why I am excited take a look at what the original Expanded Version offered.

The original Rise of the Drow (Expanded) 2014 can still be purchased on DrivethruRPG.
The prices for the expanded version is about $50 for a softcover book depending on what deals are going on.


Check out the Kickstarter page for the Rise of the Drow Collector Edition let me know what you think.