Dok-Ondar's Den of Antiquities is going to steal my money 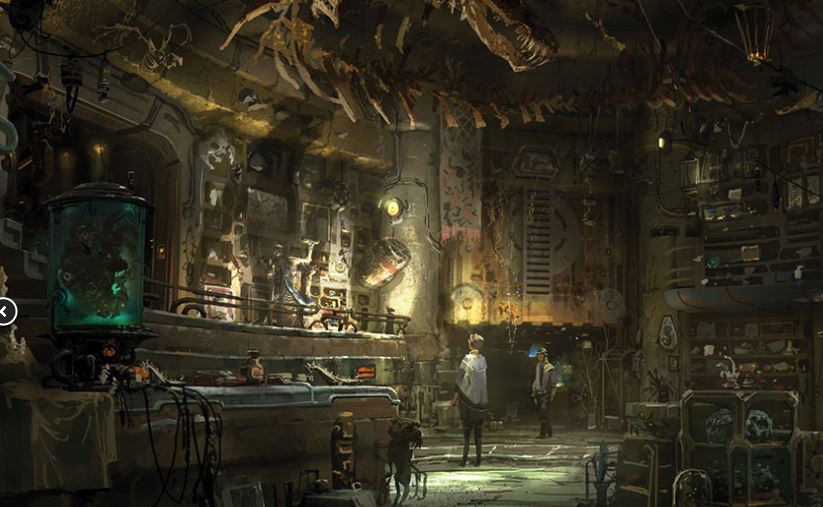 Dok-Ondar's Den of Antiquities is going to steal my money


You can somewhat judge how successful a geeky store is by how much my wife wants me to avoid it.  She has an uncanny 6th sense or perhaps a Jedi level force attunement that allows her to sense an astroid's field's of danger coming upon my wallet.  Disney has begun to reveal the attractions and stores at its upcoming Star War's theme park called Galaxy Edge and few of the stores in particular just made my eyes pop out of their socket.  I think just looking at the pictures made my wallet get thinner.

You can see the full set of attractions at Galaxy Edge here https://d23.com/galaxys-edge-announcements/

This really should not have surprised me.  I knew that Disney would be finding ways to make money off of the Star War's franchise but I honestly did not expect anything that looked this cool.  The stores in Galaxy's Edge are not just stores but attractions upon themselves that are designed to immerse their customer'ss in the world of Star Wars.

Among the stores I noticed were Savi's Lightsaber Workshop and Dok Ondar's Den of Antiquities.  These stores are designed to be like going into a real Star Wars antiquity dealer who had been collecting artifacts from the Jedi and the Sith.


Meanwhile, at Savi’s Workshop, guests are given the opportunity to draw upon the Force as they build their own elegant lightsaber. At the heart of every saber is a kyber crystal, and during a guided tour, each guest will have four options to choose from: Peace Justice (modeled after Jedi from the Republic era); Power Control (a nod to the Sith); Elemental Nature (harnessing air, earth, fire, and water); and Defense (shrouded in mystery). Will you embrace the light side of the Force, like Luke Skywalker, or the dark side of the Force?

Inside Dok-Ondar’s Den of Antiquities, visitors will find a selection of mysterious and rare items for sale representing different eras of the Star Wars galaxy, including ancient Jedi and Sith artifacts, holocrons, lightsabers, and more. As they explore the shop’s nooks and crannies, they will find Dok at his desk, checking his inventory, taking calls, and barking orders at his assistants.

The lightsaber workshop that lets you customize them with their own Kyber crystal sounds amazing.

The artifcats are freaking amaze balls and they feature kyber crytals and the holocrons from both the Jedi and the Sith.  Yeah I may need one of these to chill on my shelf.  I even love the books. 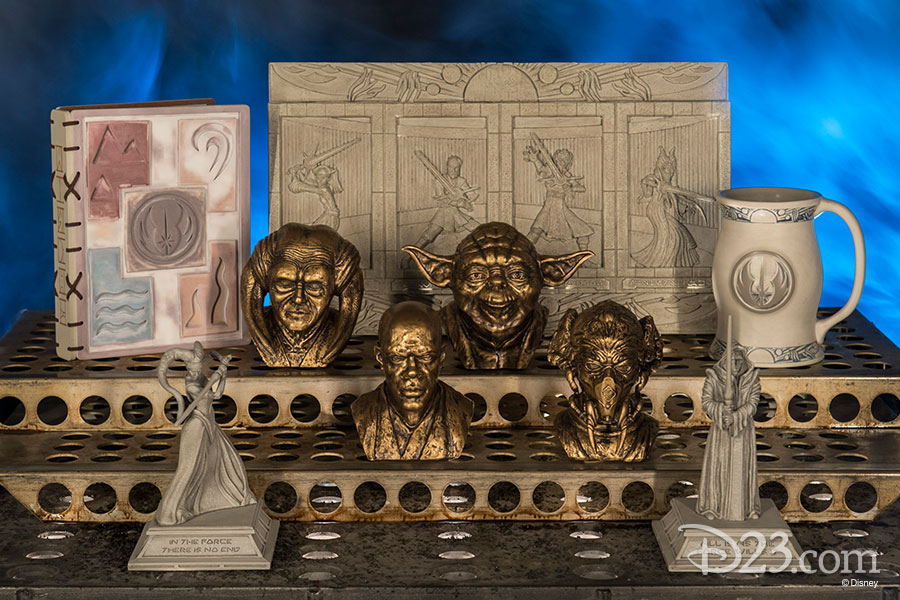 The statues and busts all look really cool covering the major Jedi and Sith.   Looks like they got all the major Darths.   There is even what looks like a wall of Jedi ruins. 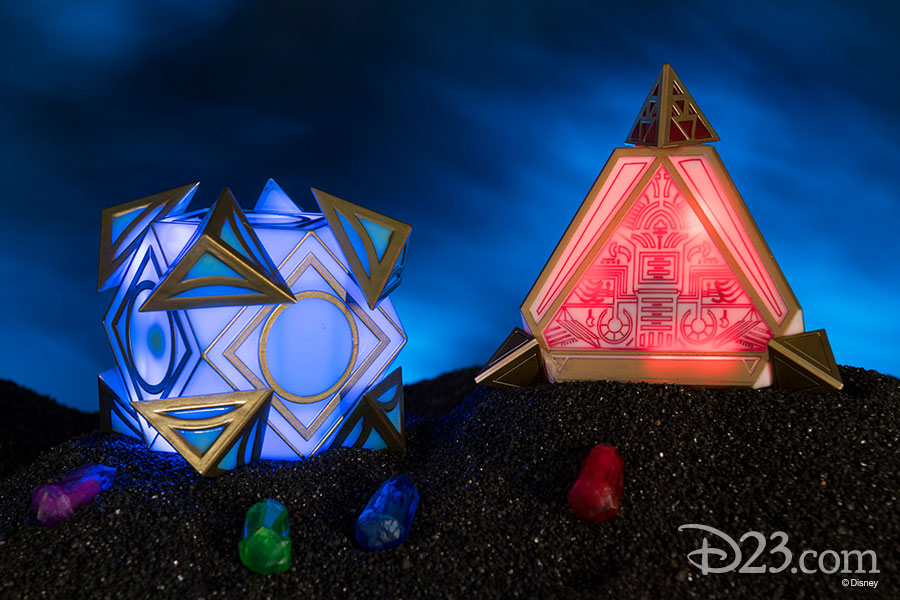 Yes that wooshing sound you hear is money leaving my wallet. 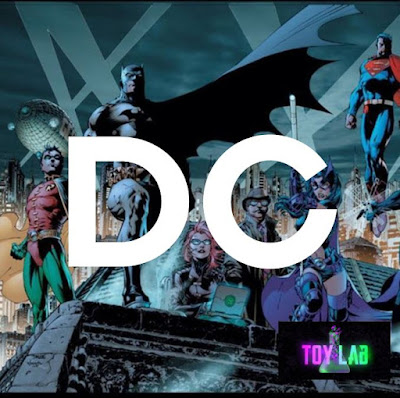