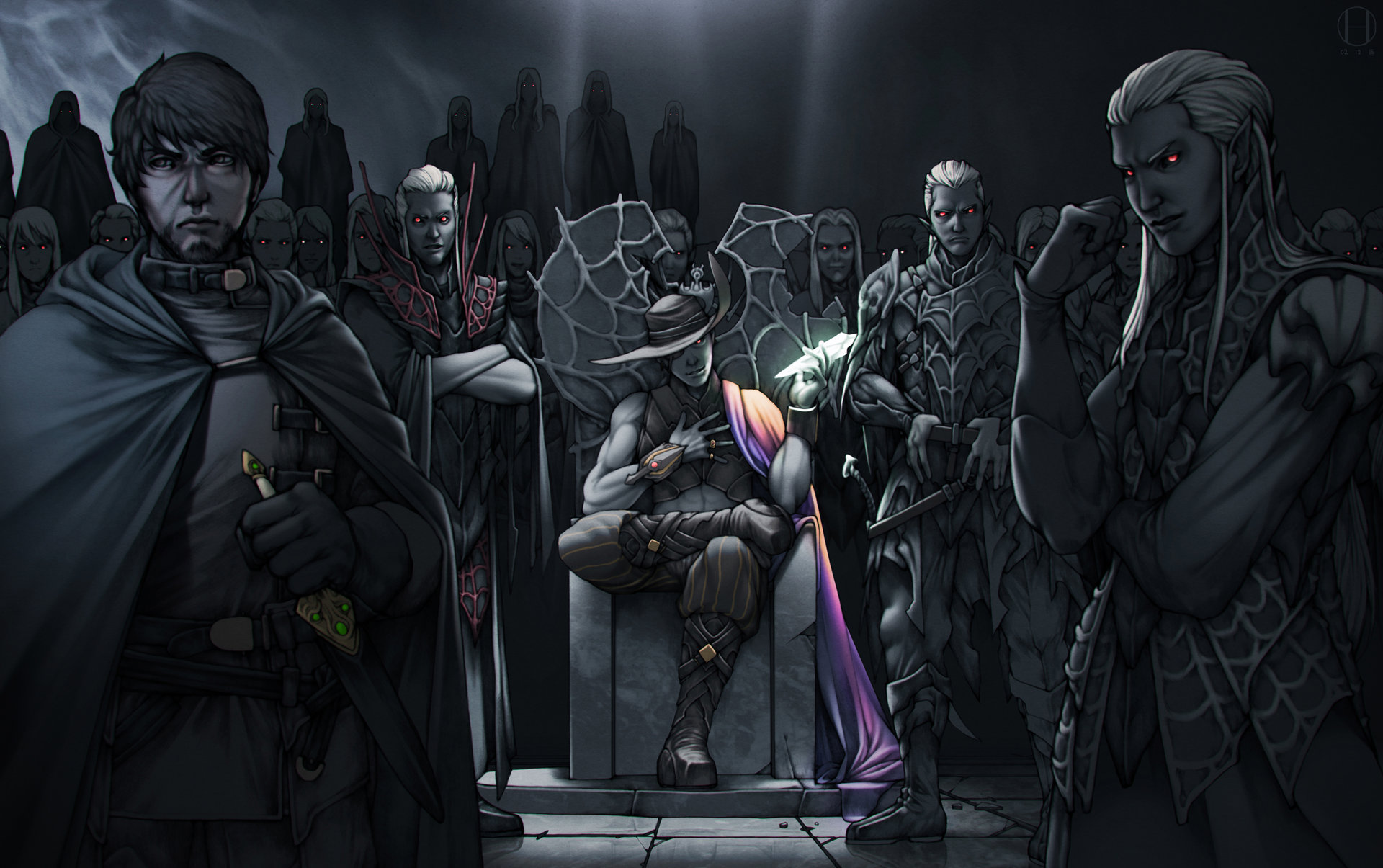 I am starting a project to add some Drow miniatures to Toylab war chest.  The Drow are great villains full menace, dark powers and evil tactics that force players to change how they react to situations.  The Companions of the Silver Apple are also playing through the Lost Mine of Phandelver play through which features one notable Drow character Nezznar the evil sorcerer.  My characters through side actions have also become noticed by the Drow mercenary band Bregan Dar'th.  While this is great fun I have come to realize that outside of the theater of the mind I am going to be hard pressed to field many Drow.  With that I decided its time for a an art project the Drow Project!

Who are the Drow? 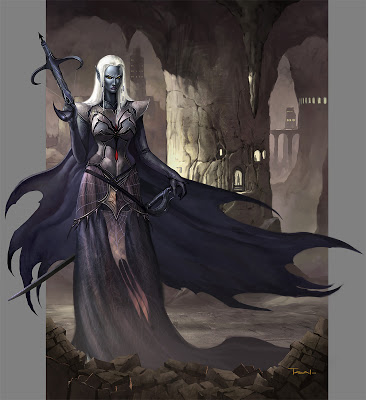 The Drow are dark elves that live underground in a vast cavernous world called the UnderDark.
Here is a decription of Drow from Against the Giants:


"black-skinned and pale haired in appearance, around 5-feet tall and slight of build with somewhat sharp features, with large eyes and large pointed ears. Their equipment (magical boots and cloaks, and fine mesh armor similar to chainmail) is black in color and described as being empowered by exposure to the strange radiations of the Drow homeland, losing this power and eventually falling apart when exposed to direct sunlight and kept from the radiation for too long. Females are inherently more powerful than males, and only females may be clerics or fighter/clerics; male drow are commonly fighters, magic-users, or both classes at once. Drow move silently and with a graceful quickness, even when wearing their armor, and blend into shadows with ease. They carry long daggers and short swords of an adamantite alloy and small one-handed crossbows which shoot darts carrying a poison that causes unconsciousness. Drow are difficult to surprise as they are able to see very well in the dark, have an intuitive sense about their underground world similar to that of dwarves, and can detect hidden or secret doors as easily as other elves do. Drow are highly resistant to magic, while all drow have the ability to use some inherent magical abilities even if they are not strictly spellcasters. The module also reveals that there are rumors of vast caverns housing whole cities of drow which exist somewhere deep beneath the earth, and now that the drow have dwelled in these dark labyrinthe places they dislike daylight and other forms of bright light as it hampers their abilities. They are able to communicate using a silent language composed of hand movements, and when coupled with facial and body expression, movement, and posture, this form of communication is the equal of any spoken language"

There they have massive cities, carved into Stalactites where they plot and scheme for insidious goddess Lolth the Spider Queen.  The Drow cities are dripping in weird lore and darkness.  Here is an old description I found in for a Drow city in D3:

"...wallow in the sinkhole of absolute depravity which is Erelhei-Cinlu.) The most popular places in the city are the gambling dens, bordellos, taverns, drug saloons, and even less savory shops along the two main streets. The back streets and alleyways too boast of brothels, poison shops, bars, and torture parlors. Unspeakable things transpire where the evil and jaded creatures seek pleasure, pain, excitement, or arcane knowledge, and sometimes these seekers find they are victims. All visitors are warned that they enter the back streets of the city at their peril."


The Drow come to the surface generally to sow destruction.  The Drow society is organized in the form of Matriarchy with males being part of an underclass.  The females become clerics of Lolth gain great power and send out males to do the dirty work.

I have purchased a few drow miniatures.  I did not buy 50 or anything just enough so I can have a few Drow agents when they are needed.  Here is what the plain the miniatures look like from Nolznur Unpainted Minis. 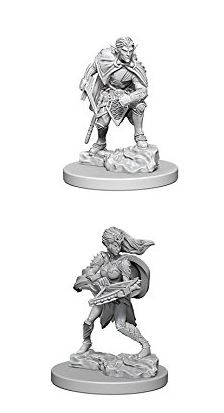 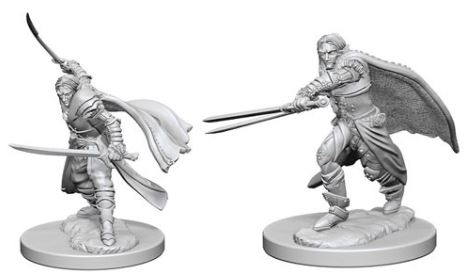 There are painted miniatures that I could have elected to get.  However, I wanted to add some personal touches to these guys and also just felt like a good art project.  One reason, I want to paint them myself is I want to make some appear to be members of Bregan D'aerthe and the others to be part of one of the Drow Houses.  There are a lot of Drow Houses in the books and materials. The most well known is House Baerne who is the most powerful House through most of the novels.  I have elected not to create characters from House Baerne but instead from a much more unknown House called House Freth.

House Freth is barely mentioned in the books they are much less powerful House than Baerne and at one point were even destroyed up to 3 people.  However, their obscruity gives me more room to tell the stories I want as a DM without conflicting with other material that may exist out there.  The books are also rife with tales of smaller houses rising up with deadly schemes attempting to move up the power structure in Drow society.  Researching House Freth the only things I could find on them were their Glyph symbol which I will use and the fact they used to raise Oozes.  Cool who doesnt like Oozes.  As Bregan D'aerthe is made up disenfranchised Drow males, all the female figures will all be part of House Freth.

Bregan D'arthe is a group of mercenaries mostly made up Drow who live both on the surface and in the underdark.  They are well known for their flamboyant leader Jarlaxle Baerne.  The group pretends to be humans and runs the largest Ship in the city of Luskan, Ship Kurth.  The group has ties to plots and schemes all over the place and is often hired for extra muscle or intelligence by the Drow houses.

I also have a plan to tie Nezznar from the Lost of Phandelver to one of these groups, but which one?

I will post progess pictures as both House Freth and Bregan D'aerthe as the project goes along!  Stay Tuned.

Drow Store:
Do you want to start your own Drow project?  There are a lot of Drow miniatures, books and research material available right on Amazon.

Updates and Progress:
Jarlaxle.  The first model I am doing is the Legendary leader of Bregan D'arthe, Jarlaxle Baerne.
I decided to give him utterly ridiculous Gold Swords.  On any other character they would be totally crazy but I think they work with Jarlaxle.  I am not going to put the Bregan D'arthe symbol/glyph on him as I think its known to whome he works for without it.


Symbols, Glyphs and Writing:
When making miniatures I do like to try to add symbols to give an idea of where they come from and who they belong too.   I am not going to get too crazy but the two groups my Drow are going to belong to are Bregan D'aerthe and House Freth.  Below I have the symbols for both, as well as many other glyphs and letters in Drow writing should I choose to add something.

"...no house desired conflict with Bregan D’aerthe. It was the most secretive of bands, few in the city could even guess at the numbers in the group, and its bases were tucked away in the many nooks and crannies of the wide cavern. The company’s reputation was widespread, though, tolerated by the ruling houses, and most in the city would name Jarlaxle among the most powerful of Menzoberranzan’s males." - Starless Night 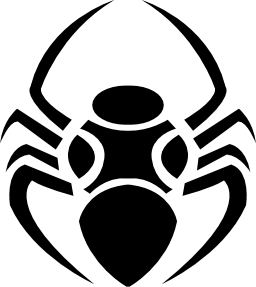 Here is some Drow art I have found.  Some of it old and some of it new.  This is kind of an inspiration wall for me as I go about painting the Drow. 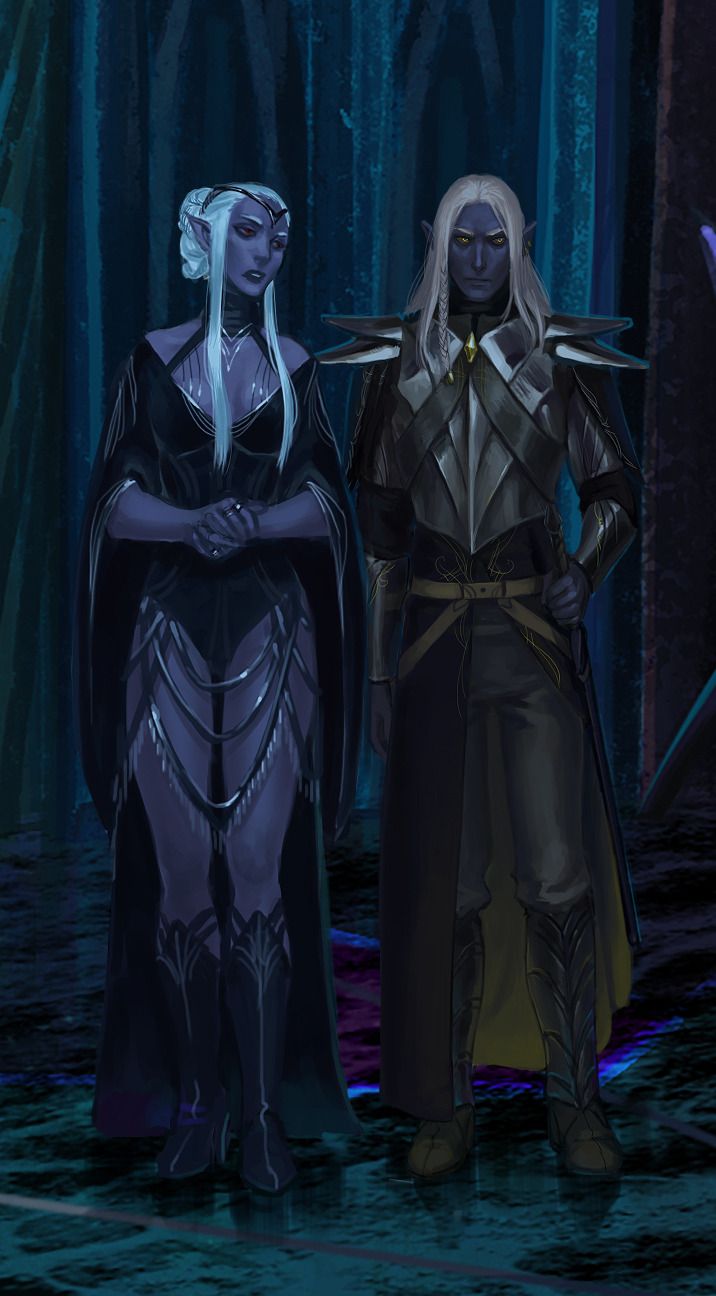 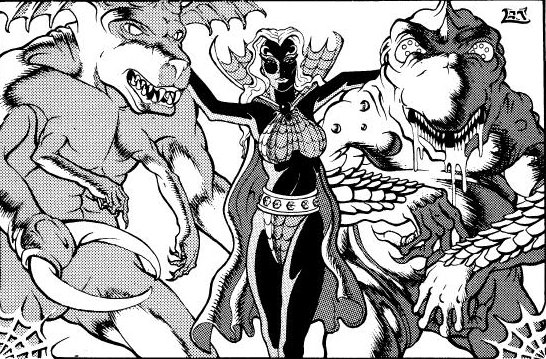 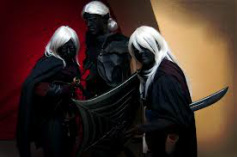 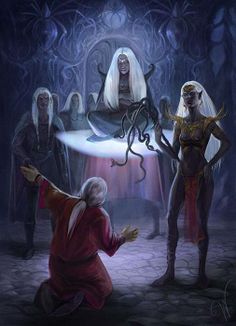 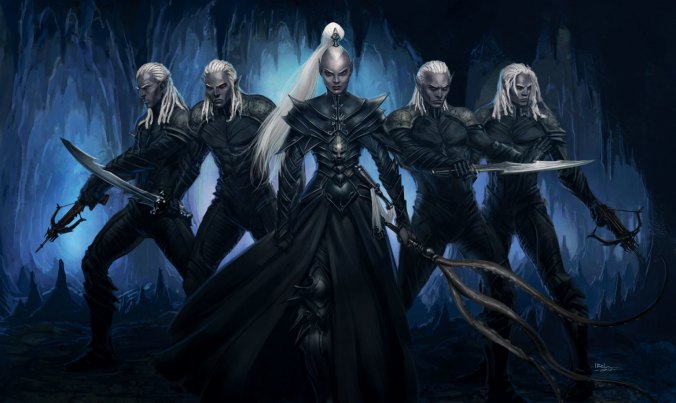 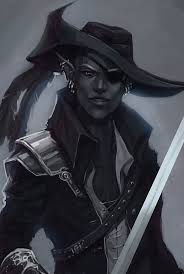 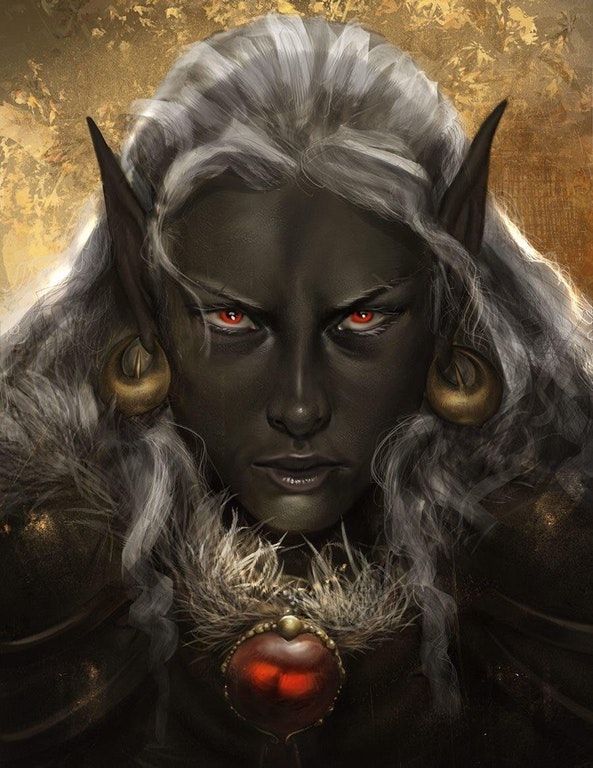 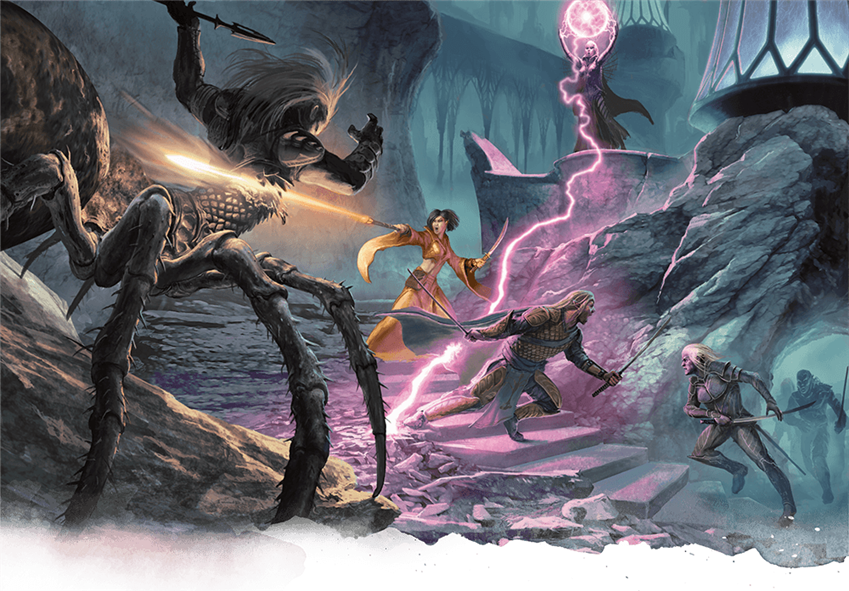