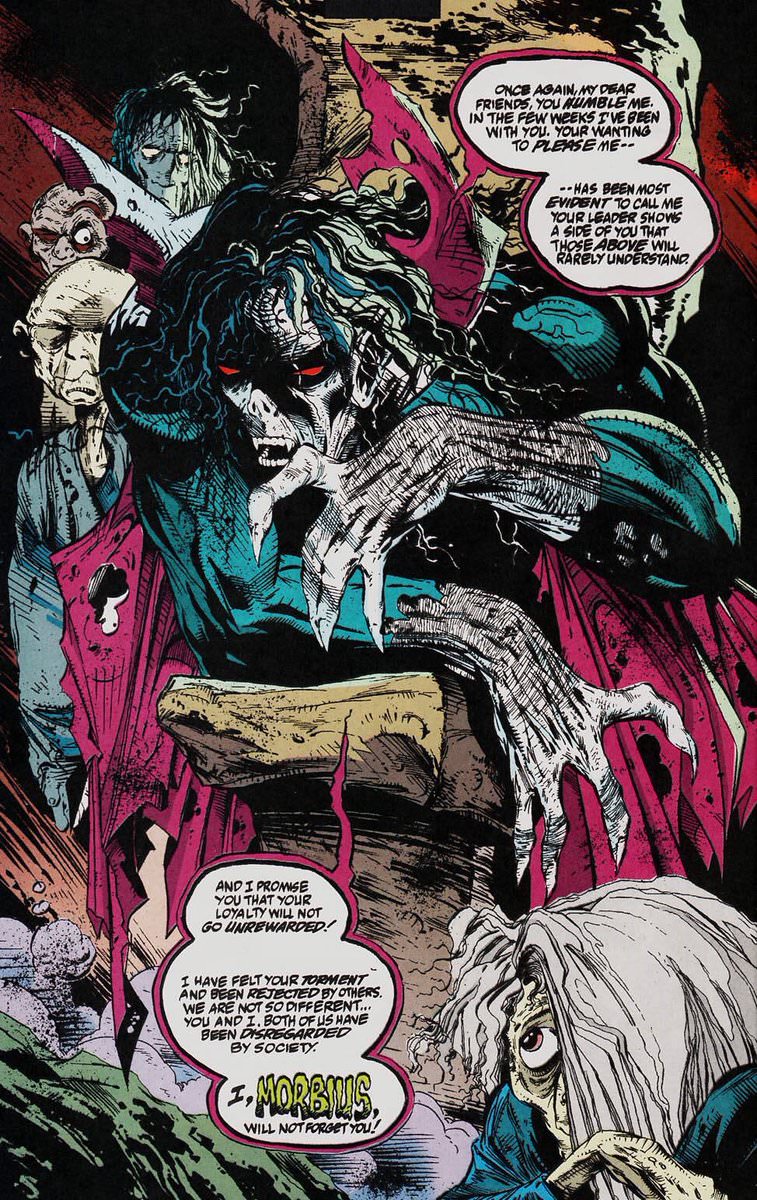 A film is coming out for Morbius the Living Vampire that will star Jared Leto as Morbius.   Morbius is a character that has lurked about in the shadows of many a Marvel comic.  He is not the most well known character in Marvel's roster but is arguably more popular than any of the characters that appeared in Guardians of the Galaxy.  Morbius is often seen in the pages of Amazing Spider-Man and has made many appearances in more horror themed comics.  Morbius himself has had a solo series as well as appearing in cartoons and video games.  The film will be part of the SONY Marvel universe.

One curious fact is that this will be the first time that Morbius has appeared on the Silver Screen but this was almost not the case.  There is an alternative ending of the film Blade in which Morbius was to make a cameo at the very end.  This ending was edited out of the film.

Release Date: Unknown. According to producer Avi Arad the film is expected to begin filming in Feb 2019.  The studio does have two dates reserved for projects that could make sense in July 10, 2020, and October 2, 2020.  I tend to think they are circling the Oct 2nd date.

Synoposis:
Biochemist Michael Morbius tries to cure himself of a rare blood disease, but he inadvertently infects himself with a form of vampirism instead. 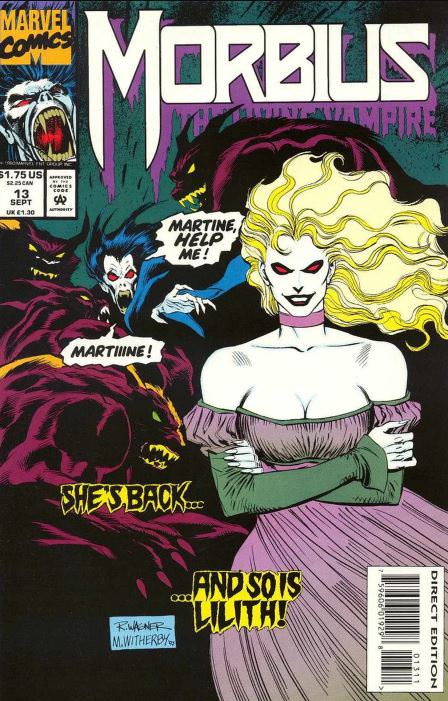 Appearing in the 1972 story Amazing Spider-Man #102, Martine is introduced as Michael Morbius's fiancee.  He returned to New York after contracting a form of Vampirism from sceintific experienments designed to cure him of a blood disorder.  Martine remains with Morbius though their relationship quickly as he struggles with the urge to feed on her.  Martine's goal of hiring Dr Langford are to cure her financee or if not possible put him out of his misery so he hurts no one else.   She actually has a revolver on her to put down Morbius herself if no other solution can be found. Unbeknownst to her Doctor Langford has closely read all of Morbius's notes and wants to kill him to study his corpose further.   Ghost Rider and Johnny Blaze are brought to help capture Morbius by Martine.  The group captures him and brings him to Doctor Langford.  Dr Langford begins to prepare a serum that he tells Martine will help cure Morbius but is in fact intended to kill him.  A demon named Fang has another idea and spills a droplet of its infernal blood into the serum making it altogether different.  Instead of dying Morbius actually mutates further and breaks his bonds and escapes.  This leaves Doctor Langford stunned as he was sure the serum would have killed him.

While the Ghost Rider and Johnny Blaze pursue Morbius, Martine goes back to Doctor Langford but sees him talking about Morbius to a group of mysterious men.  She releazies that Doctor Langford has been working to kill Morbius for this other group of people.  She pulls her revolver on the men calling them scum, a scuffle between the men and Martinne occures in which the revolver goes off, and shoots her in the chest.  She is fatally wounded.

Morbius returns to find a dying Martine.  He angrily kills the men that Langford has been talking to.  Langford begs for mercy after revealing his role in Martine's death.  Morbius kills the doctor and finds for the first time that he is remorseless about killing someone.  Disgusted by himself he also feeds off Martine.

Ghost Rider and Johnny Blaze enter the fray and are horrified at the amount of dead around Morbius.  Morbius endures the Pennance stare of Ghost Rider which does little to him.  The Ghost Rider decides that Morbius is indeed remorseful over his actions.  This story is part of the rise of a group of Dark heroes called the Midnight Sons.  Morbius agrees to only spill the blood of the guilty which the Ghost Rider accepts.


The confrontation with Ghost Rider leads Morbius to appearing alongside many other Dark heroes such as Blade, and Doctor Strange.   The Midnight Sons become something of a supernatural Avengers force of heroes.

Martine herself returns in Morbius #13 as a vampire.  Morbius resurects her accidently by being tricked to reading a spell from the Darkhold.  This all part of a grander scheme from the villain Lilith.  Martine helps Morbius defeat hell hounds sent by Lilith from hurting people.  Afterward she leaves and hauntingly tells Morbius that he is not worthy of her........yet.  Lilith is attempting to use Martine and parasitic demons called Lilen in attempt to bring Morbius to her side.  In the end this does work and Morbius and an army of demons attack the Midnight Sons in Morbius #14.  This comic features a drawn out battle between Doctor Strange and Morbius.  In the end Morbius manages to beat back the demons in himself and helps the heroes survive the attack.  Blade goes hunting after Morbius at the end of the issue.  Martine manages to free herself of her own Lilen and enters a state of human undeath where she is dead but still living.