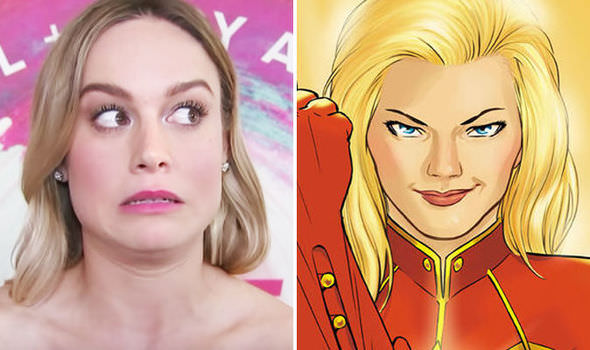 Brie Larson has been coming as Captain Marvel for a while now.  Even though she has yet to appear as an Avenger she was teased for the role years ago.  Finally, Marvel fans are getting to see what she can do and...some are not impressed.  They find her acting wooden, her look boring and the film looks dull.  There are also fans who would rather see an older sexier version of the character before she was modernized to look like a rail.  Of course this response is on Twitter and not in a vacuum so others are retorting that these comments are sexist and that they would not exist if Captain Marvel was a straight white male.

I normally don't jump into things but I have found this one kind of entertaining.  I am going to include some of the top tweets I found.  Please ignore any cursing.

Where do I stand in all this.  Well I actually am excited for the movie because I love cosmic Marvel.  The Kree Skrull war is right up my alley and I can't wait to see what they do with it. That said  Carol Danvers and Mar Vell are in reality kind of boring characters, they were basically designed to be Marvel legal place holders to retain the name of Captain Marvel and Ms Marvel.  The other Marvel mantle offshoots Genis Vell and Phyla Vell are kind of boring too.  The most inspired and interesting character to use one of the Marvel monikers is Kamala Khan who took over the mantle Ms Marvel.  That said, Marvel can still certainly make a good movie out of Carol and I get there is a big push for female powered heroes.  So all in all, yes there is room for critism but in the end I think the movie is going to be good.

As far as Brie Larson and her acting I have still have no idea.  I think the critical jabs in that department are too early.  I have not seen enough of Brie Larson to really weigh in there. She likely would not have been my choice for the role but hey lets see the movie first before we say she acts like a plank.

The trailer for Captain Marvel is good, but it is also not great. It is not as good as it should be.  It is certainly not the Guardians of the Galaxy, the Thor Ragnarok or Black Panther trailer that made fans go nuts.  Those trailers were crazy good.  I also think the trailer is over relying on the fact that this is a girl power film.  Well in a world where  there is Black Widow, Nebula, Hela, Shuri, Gamora, and Nova Prime that people are going to take that, that seriousily.  Yes this will be the first Solo Female super hero film for Marvel but that is a technicality in a technicality and people do not see films for techicalities.

If girl fans need to choose from Captain Marvel girl power and watching Jason Mamoa swimming around shirtless in Aquaman I think most are going to Aquaman.

People want a good story, good acting, a good adventure and that is how this should be advertised.  I personally would like to see more of the villain in the trailer, I think its Talos the Tamed?  Show me some Talos, make me care about what Talos is going to do. 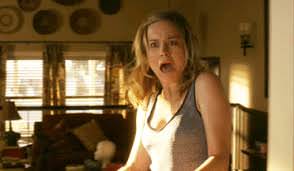 The #Sexygate people who want a more sexy version of the character are of course running directly into a femenist cultural plow, who see making a woman hero look feminine as a form of the patriarchy forcing woman back into the kitchen.  That said.  The male comic characters are also sexy, they are very sexy and Marvel always makes sure their rocking abs are all over advertisements and promotions.  Wonder Woman also had no problems looking good while smashing people and up until now (Aquaman looks AWESOME) she has been the lone bright light at DC.  Maybe balance in this area is called for.

That said, I just don't care that much about Carol Danvers to take this whole thing seriously one way or the other.  Wonder Woman is a big deal, but Carol Danvers?  For me she will always be the lady that Rogue stole her powers from and then did cool things with.  We shall see. So this whole thing is mostly just an amusing merry go round of crazy.


NO Wait.  Before you can actually get to what you came for how about I have you look at some ads for Captain Marvel stuff that you obviously NEED to survive Christmas!  Come on check it out.  Ok, OK OK, I am done hustling.  No but seriousily check these out!

ON TO THE TWEETS!!!!!!
The first thing I saw on twitter was a response to people (Apparently men) who were critical of the Captain Marvel Trailer and/or Brie Larson.  I guess Twitter has Trolls, ReactaTrolls and RejoinderTrolls hah hah.  Its such a hot messy stew of humanity.  Its a bit like watching modern gladiorial combat.

KEEP YOUR FUCKING HOT TAKES ABOUT CAROL DANVERS TO YOURSELF. THANK YOU.
— rachel leishman (@RachelLeishman) December 4, 2018

This post then has many, many responses and retweets of people reacting.  I am not joking that tweet blew up.  Not sure how many criticisms of Brie Larson there were prior to that tweet but this is the one that really became the online focal point online.

I'm a woman, so I'll say it for my brothers:


Twitter is exactly the place everyone gives their hot takes on everything.
— Rob Joswiak (@RobJoswiak) December 4, 2018

CAROL DANVERS HAS BEEN RUINED BY MARVEL.
— Twitless (@TwitlessComics) December 4, 2018


Um, yeah no. Larson is not the one for this role. Look up Katee Sackhoff. You'll get it then.
— Stephanie KenoBee (@yogibythefly) December 4, 2018

STOP ACTING LIKE YOU OWN CAROL DANVERS AS IF THOSE WHO READ OR KNOW MORE ABOUT HER DON'T HAVE A RIGHT TO CRITICIZE HER PORTRAYAL, BE IT MEN OR WOMEN. STOP MAKING IT A "ITS WOMEN'S TIME" ISSUE. BOTH GENDERS ARE SEEING THIS MOVIE AND THEY GOT SHIT TO SAY.


I’ll do it for the men then.
Captain Marvels trailer wasn’t all that.
— KYRA IS BOUT TO DIVE INTO AQUAMAN (@uwucavill) December 5, 2018


Capital letters doesn't make your point. I believe you meant to say,
"I'm mad because of legit criticism or, and wait for it, there are assholes on the internet."
You blasted entire gender because of feelings. Love the character but worried about the acting. Still seeing it
— Name can not be blank.. (@RogueDemon2099) December 4, 2018


I liked her better when she had relatable flaws & wasn't just an overpowered Green Lantern rip off. pic.twitter.com/IQx0FDqOg3
— Paul Berry (@SebastianMorlok) December 4, 2018

I think this next one is funny because I think Doctor Minerva played by Emma Chan is going to be hit. She will be like the Captain Phasma / Nebula character that blows up in popularity from this film. Maybe more popular that Carol Danvers. Watch out for Minerva.

I will say this about the new Captain Marvel trailer... I want to know more about this sweet little blueberry right here: pic.twitter.com/o5qNJAlQhr
— Michael Hedley (@WeWuzVikings) December 5, 2018


Brie Larson seems miscasted. She sounds so boring and hollow in delivering her lines. And of course the whole shtick of “her = a hero” is more agenda driven forced crap that doesn’t do anything to make the story better
— Tyler Lawson (@TL_0725) December 4, 2018


I REAL want to “get” the appeal of Brie Larson... truly, I do. But she comes off as dull and kind of smug in every role I’ve seen her in. Any recos to get me more enthusiastic about her as Captain Marvel? I want to love this movie. She just seems boring. https://t.co/nN1UuNj8tO
— Rob A (@RobAnger) December 3, 2018


Alright that is all I have.  Yes there are more.  Maybe if this post gets popular I will post a round 2.  I will sit back, watch and laugh a lot as this continues to play out.