War of Realms so it begins 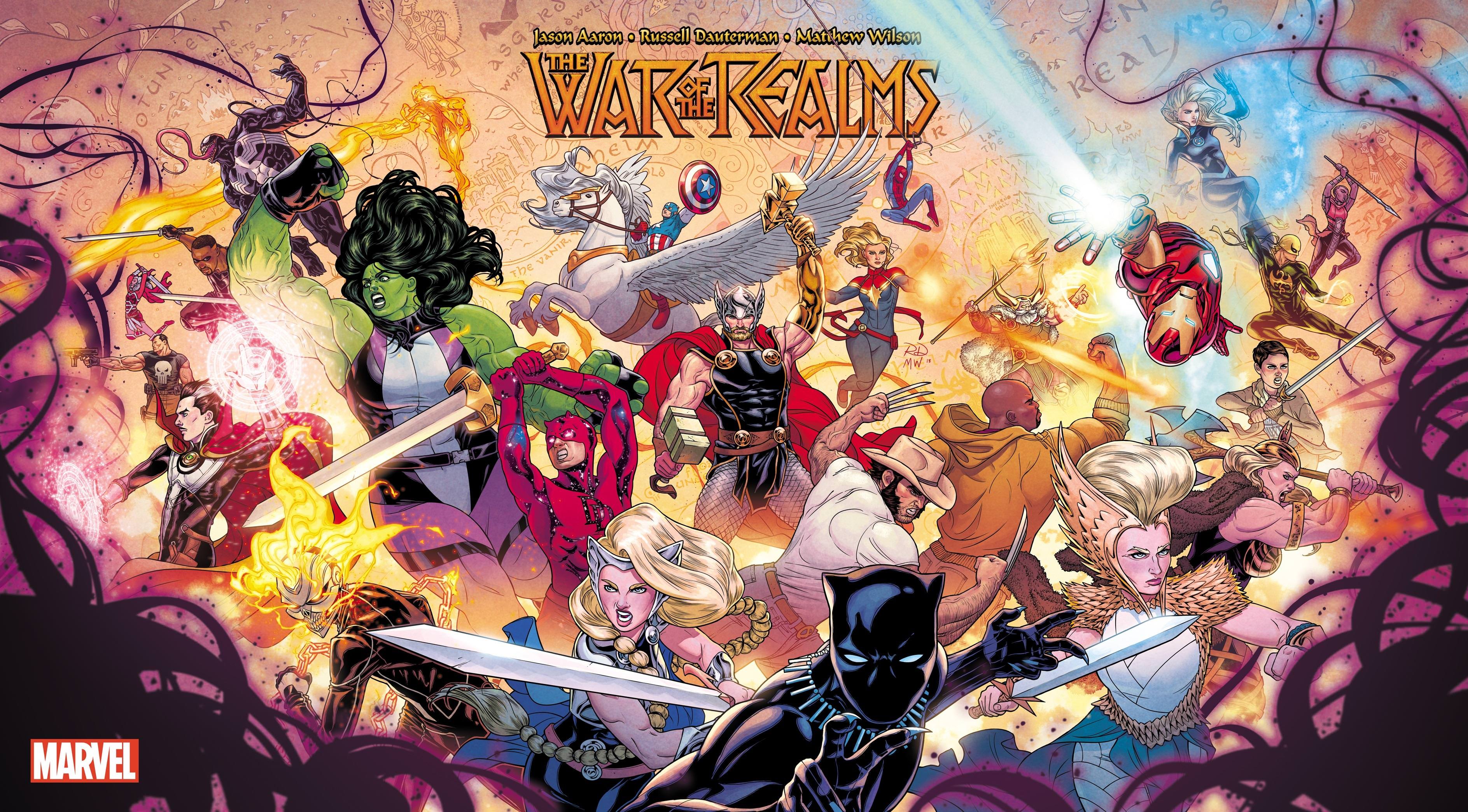 A massive Marvel event is here and this time it comes from lands of Thor.  I think the last major Thor event was Siege which felt a bit shoved into the end of Dark Reign.  This event by contrast has been set up by many a very long run of Thor comics by Jason Aaron.  Aaron hit on this fact when explaining War of Realms.

“I have been building towards War of the Realms for the entire duration of my Thor run. So we're talking six years and 80-something issues and counting,” said Aaron in a statement. “This is a war that covers the entire globe and involves the biggest heroes of the Marvel Universe, as you can see in this amazing promo piece by my Mighty Thor collaborators, Russell Dauterman and Matthew Wilson, who I'm so thrilled to be working with again on War of the Realms.”

SO it Begins
The build up to War of Realms is beginning with new covers teasing the upcoming event.  Check out the art from these 4 covers!

The War Of The Realms is coming…and no corner of the Marvel Universe will be untouched! But before the award-winning creative team of Jason Aaron, Russell Dauterman and Matthew Wilson ushers in this epic event, Marvel invites you to journey on the road to the War of the Realms with some of the universe’s biggest heroes!

Join the Avengers as they battle the undead, who are vying for the title of the new Lord of the Damned! Hop into space with the Asgardians of the Galaxy as they encounter Ego the Living Planet! And in the final prelude to the War of the Realms, prepare for an invasion with Thor and Lady Freyja as they fight to keep Midgard safe from an initial strike by the Dark Elves…

THE WAR OF THE REALMS is coming, and it starts in March with these stories! Look for Marvel’s special “Road To” branding on the covers of these select issues. 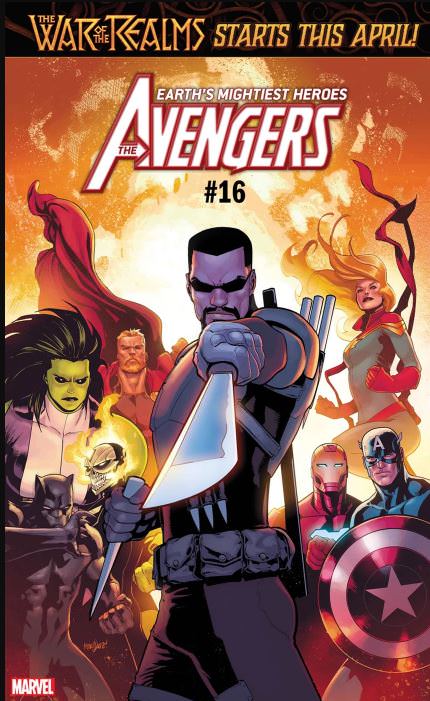 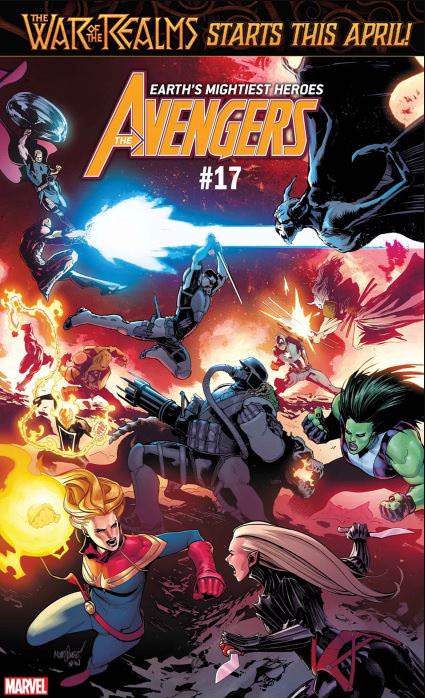 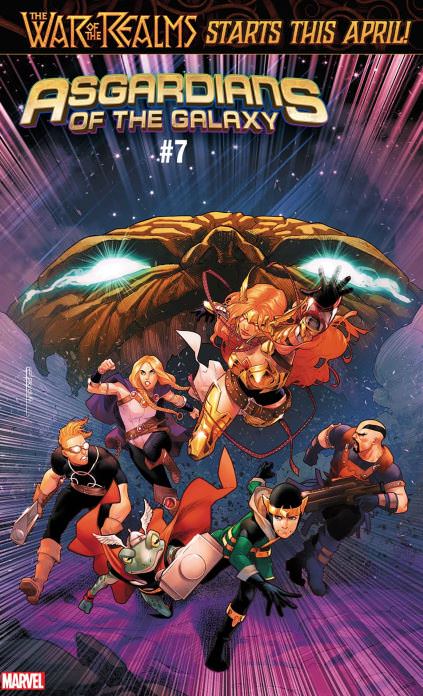 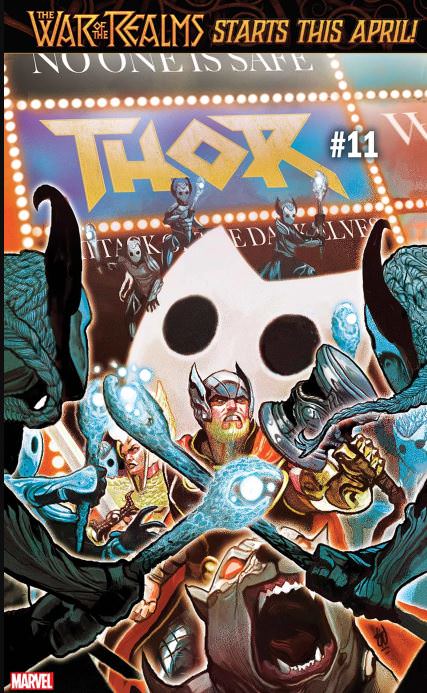 Villain?
Who is the primary villain of War of Realms?  It seems like it will be Malekith. 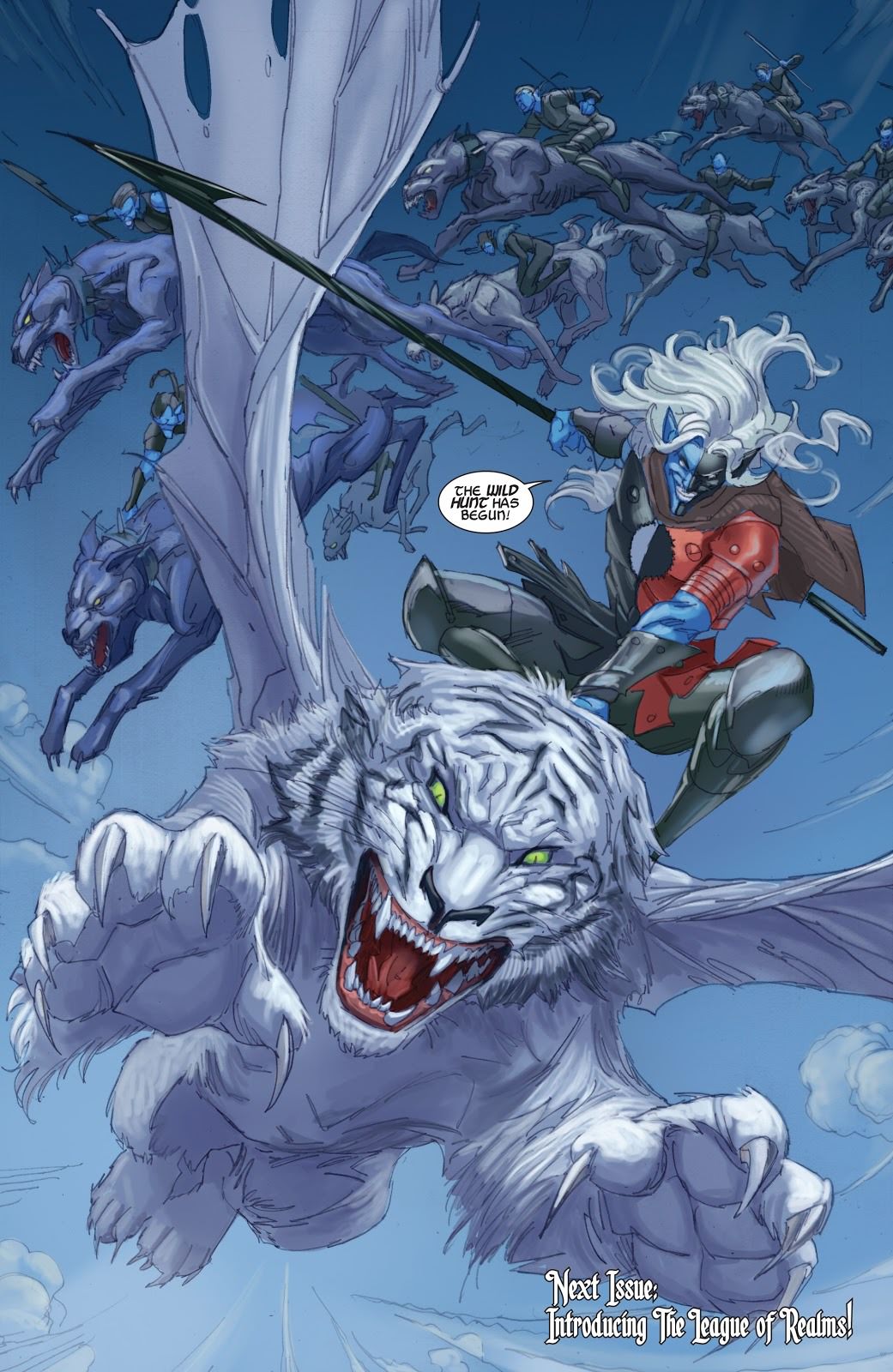 The War of the Realms is set to star the villain Malekith.  The Dark Elf is going to lead an army (The Wild Hunt) on a rampage across the 10 realms, in his path is Midgard also known as Earth.  Generally, Thor has battled Malekith in one or more of the fantasy realms but this time the action promises to take place on Earth and get the other Marvel Superheroes in on the action.  Malekith has been set up a as a major villain in Aaron's run going all the way back to when Jane first took the Hammer from Thor.  In that series, Thor then going by Odinson tried to fight Malekith without his hammer and was rewarded by Malekith cutting off his arm.  Since that time Thor has been using a metal arm forged by dwarves.

Thor and Malekith have a lot of problems with each other and the collision Thor fans have been waiting years for, is finally about to happen.

Thor Store:
If you want to get caught up for War of the Realms here are some Thor stories to look at.  Thor: The Goddess of Thunder Vol 1 will catch you up on how Jason's Aaron's Thor run effectively started and the initial battles with Thor and Malekith.  I am actually a bigger fan of Aaron's Thor: God of Thunder run which is a bit darker.  Either way there are some great Thor comics to check out and these are great reads over the holidays or as a Christmas gift.

Earth's Mightiest Show has an exclusive first look at the most momentous event ever to hit the Ten Realms!
In April 2019, the legendary team behind MIGHTY THOR reunites as writer Jason Aaron, artist Russell Dauterman, and colorist Matt Wilson present WAR OF THE REALMS.
Malekith the Dark Elf has been rampaging across the Realms for years, and now he's coming for Midgard. There, the Super Heroes of the Marvel Universe make their final stand, and a war begins.
So, why is Captain America riding a winged horse? Where does Jane Foster come into play? How does Wolverine get involved? Why does Daredevil have a sword...and why is he covered in starry lights? The Punisher, Luke Cage, Iron Fist; how do these street-level heroes join the fight? How do Venom, She-Hulk, Black Panther, Spider-Man, Captain Marvel, Iron Man, Doctor Strange, Ghost Rider, and so many more team-up for the war? And is that Blade!?
“I have been building towards WAR OF THE REALMS for the entire duration of my THOR run. So we're talking six years and 80-something issues and counting,” teases Aaron. “This is a war that covers the entire globe and involves the biggest heroes of the Marvel Universe, as you can see in this amazing promo piece by my MIGHTY THOR collaborators, Russell Dauterman and Matthew Wilson, who I'm so thrilled to be working with again on WAR OF THE REALMS.”
Watch the video above as Ryan "Agent M" Penagos and Lorraine Cink dig into all the details of Dauterman and Wilson's promo image for WAR OF THE REALMS. Then examine the bewildering beauty of the piece for yourself!
Stay tuned to Marvel.com for more on WAR OF THE REALMS coming soon!