Preview: Death of the Inhumans #5 the Finale of a species 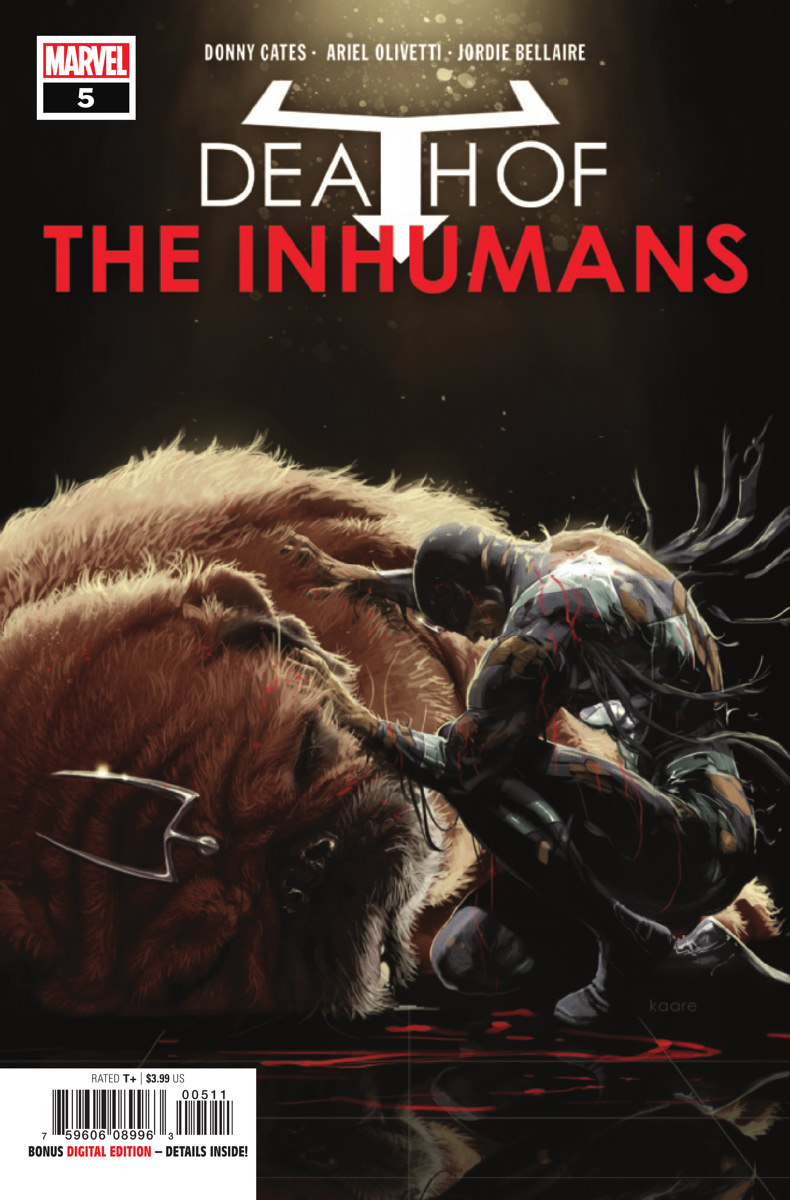 Preview: Death of the Inhumans #5 the Finale of a species

Lets face it, this comic could not have come at a worse time.  With the news that Marvel is getting its Fox X-Men licenses back and the total faillure of the Inhumans show the support for Inhumans has collapsed.  Its gone from something that Marvel was close to forcing on its fans to now something completly on the perifery.  For all that noise though, this particular Inhumans story is actually really damn good.

This is not the Inhumans pretending to be the Inhumans this is just the Inhumans, this weird powerful species, that are very alone, and stuborn fighting for their own survival.  It works, and it works well.  Cates has become Marvel's rockstar of a writer for a reason and his fingerprints are much on this series.

You may think that you do not care about the Inhumans but know this.  They killed their dog! Their freaking Dog man!  If you think yeah but I did not see that happen on panel well guess what Marvel put on the cover those evil bastards!

Oh yeah and Beta Ray Bill is here too. If you are a hammerhead like me that is always good news.

DEATH OF THE INHUMANS #5 (of 5)
DONNY CATES (W) • ARIEL OLIVETTI (A)
Cover by KAARE ANDREWS
Young Guns Variant Cover by MIKE DEL MUNDO (6 of 6)
THE FINAL STAND!
The Royal Family has been broken. Now, something new and terrible rises from its ashes. Who is Vox? Where are the Inhumans he’s killed? And what lies ahead for a king without a kingdom?
32 PGS./Rated T+ …$3.99
Preview Images: 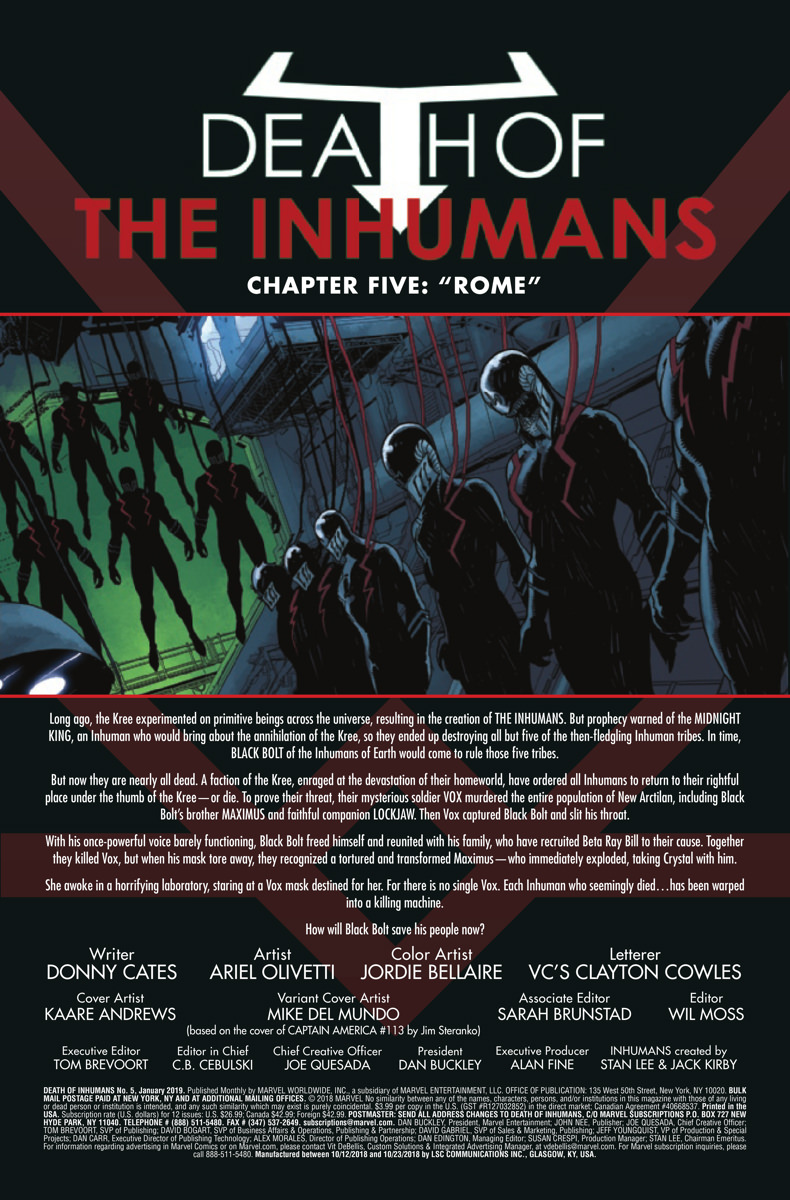 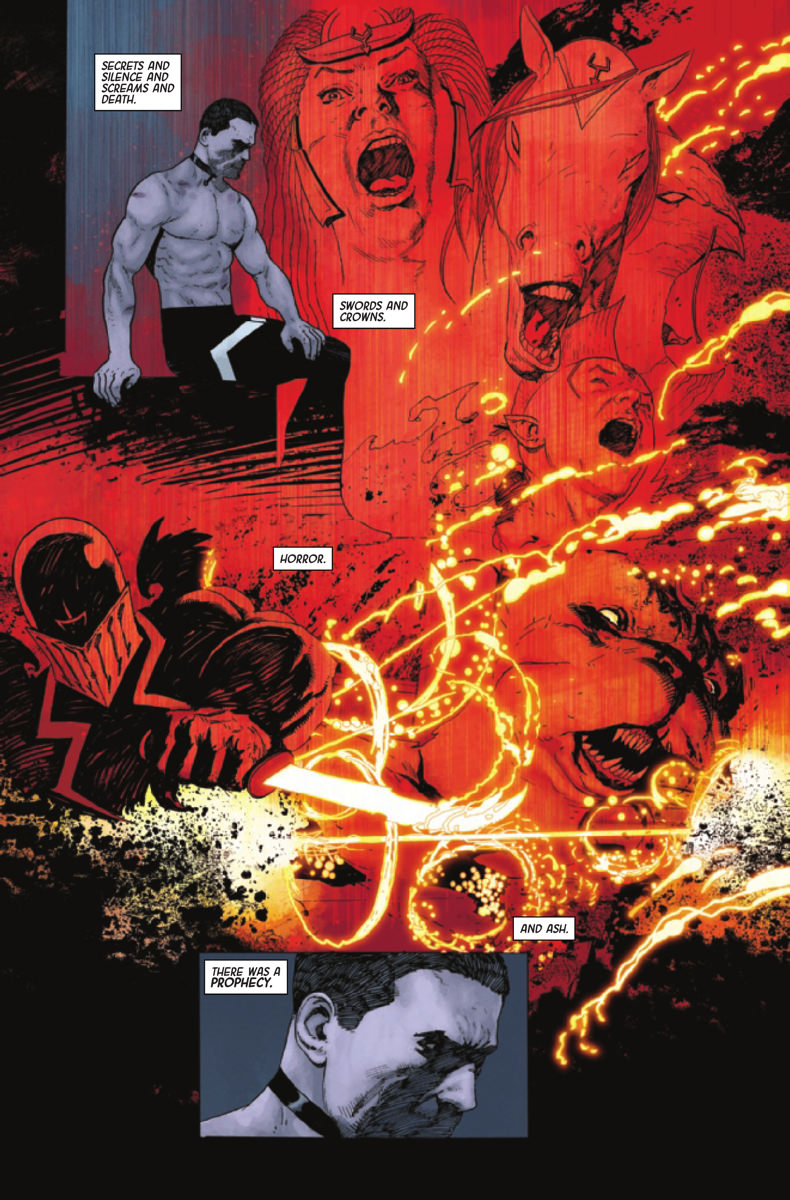 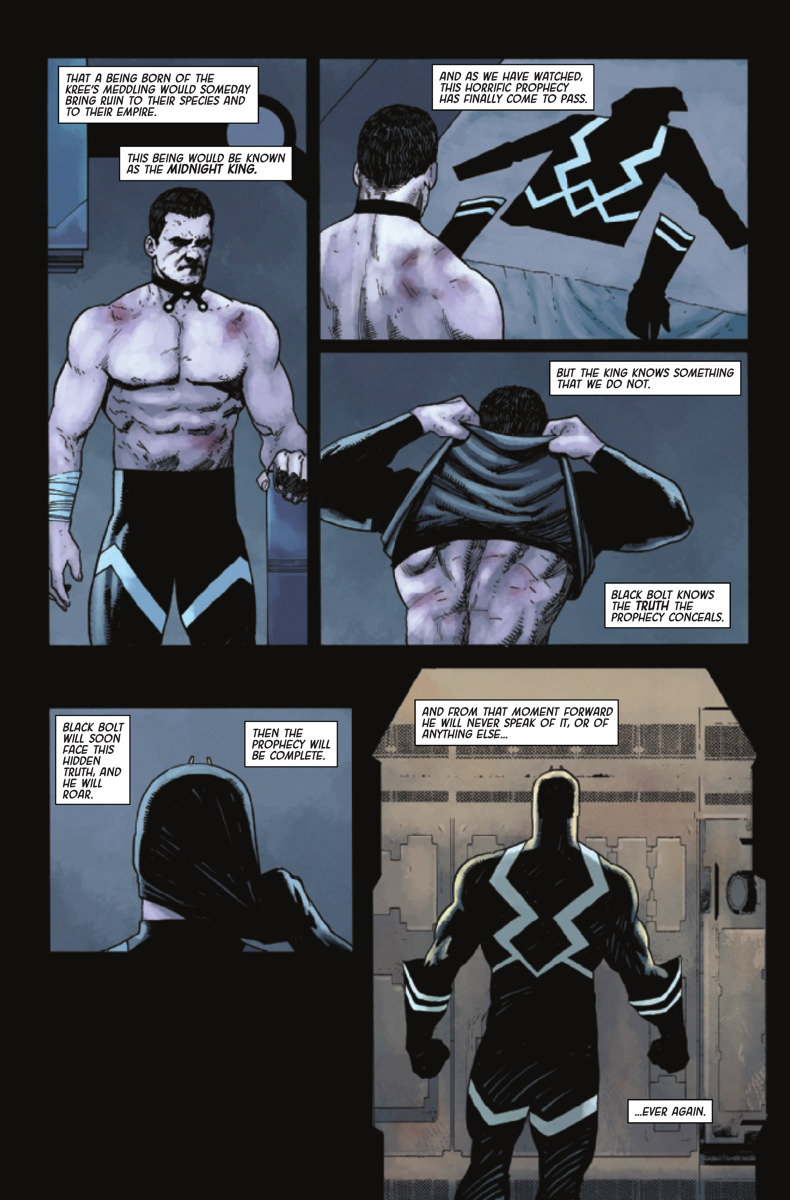 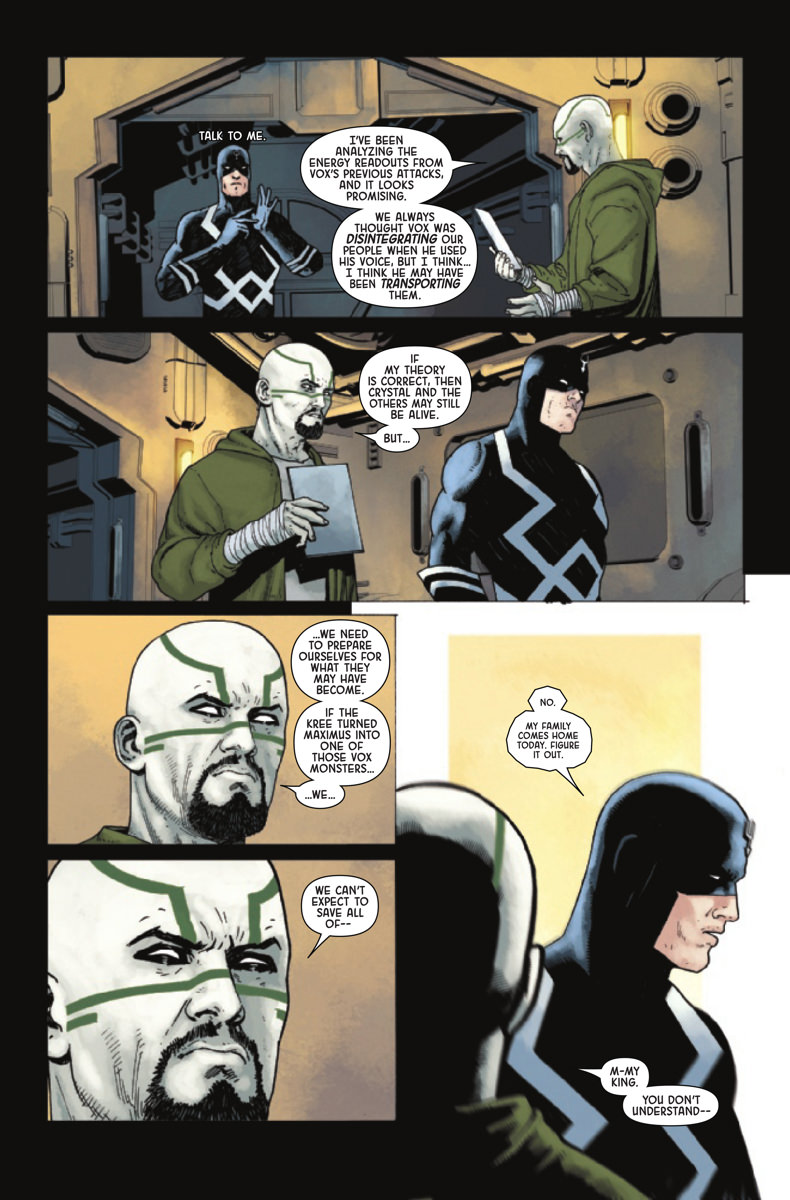 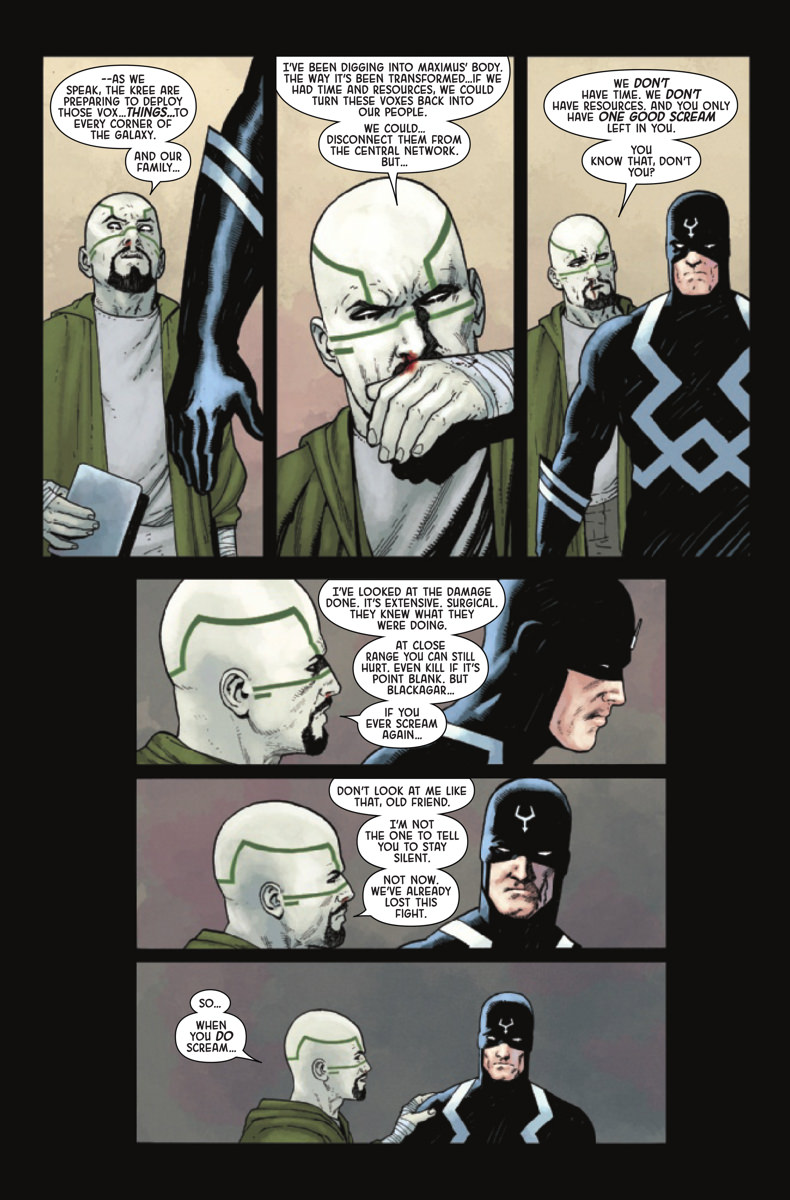 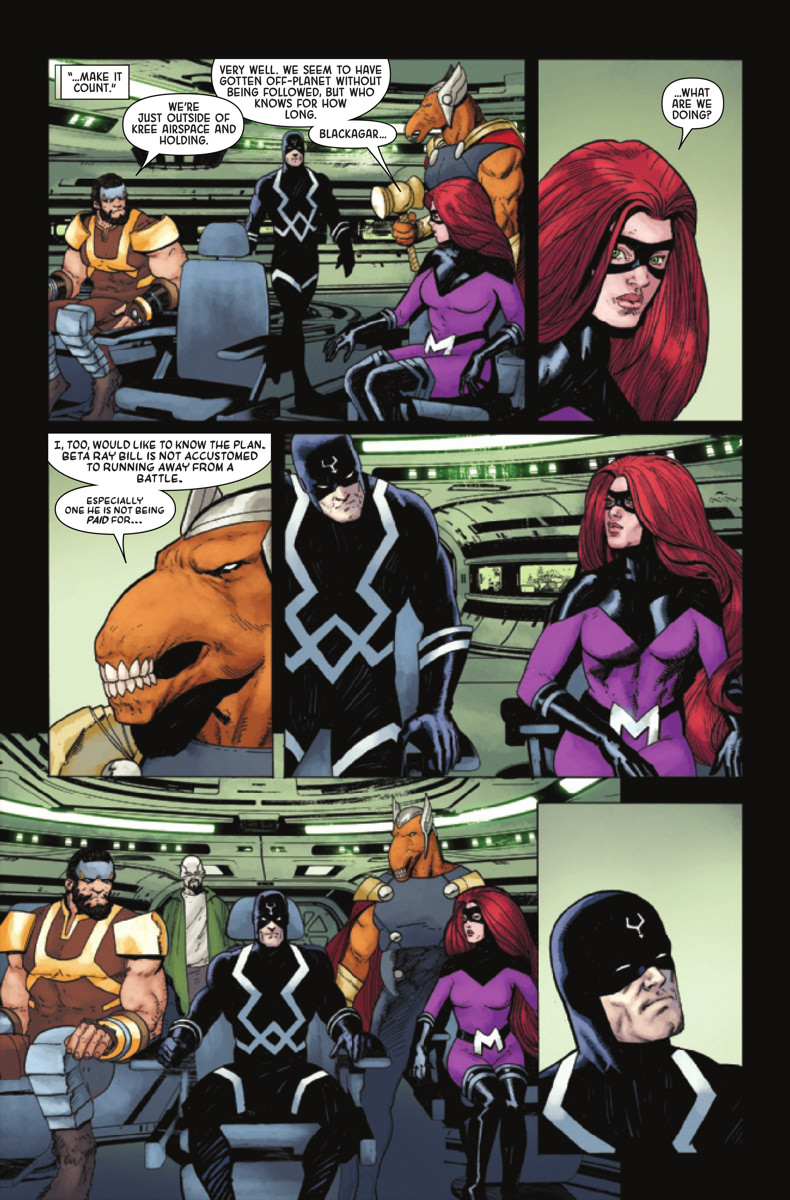 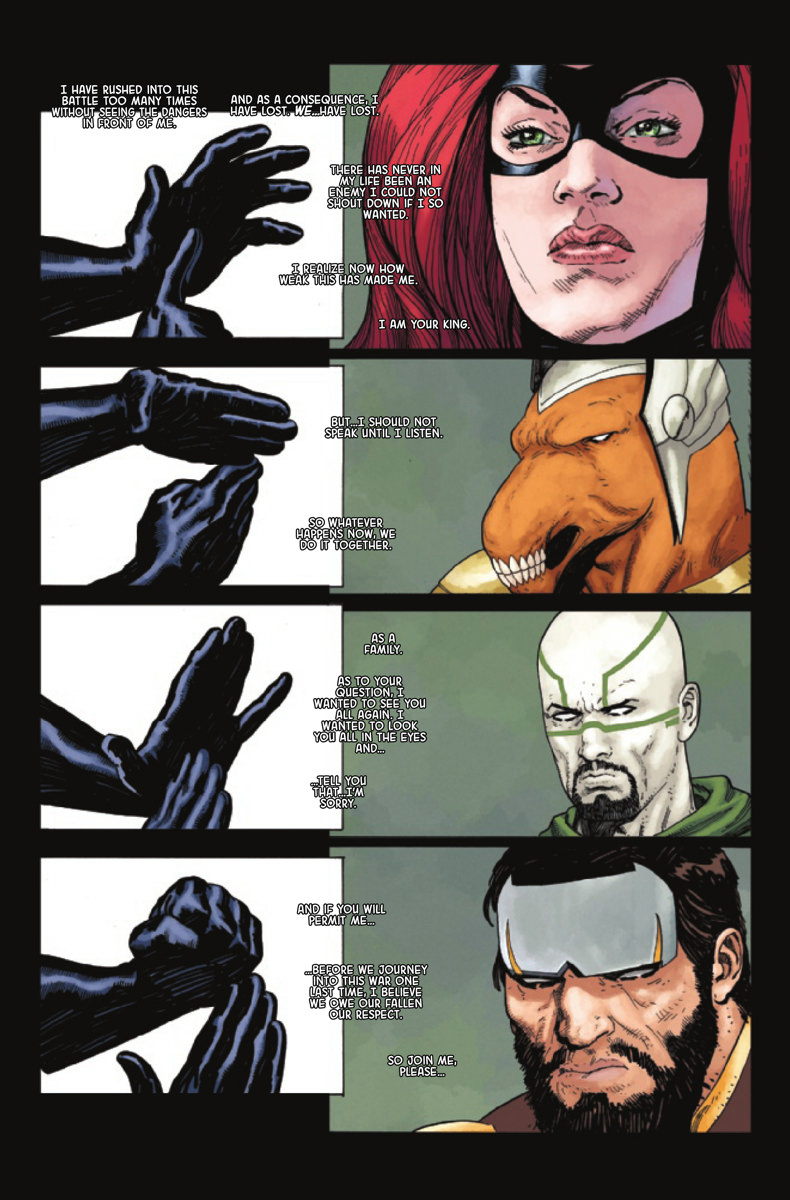 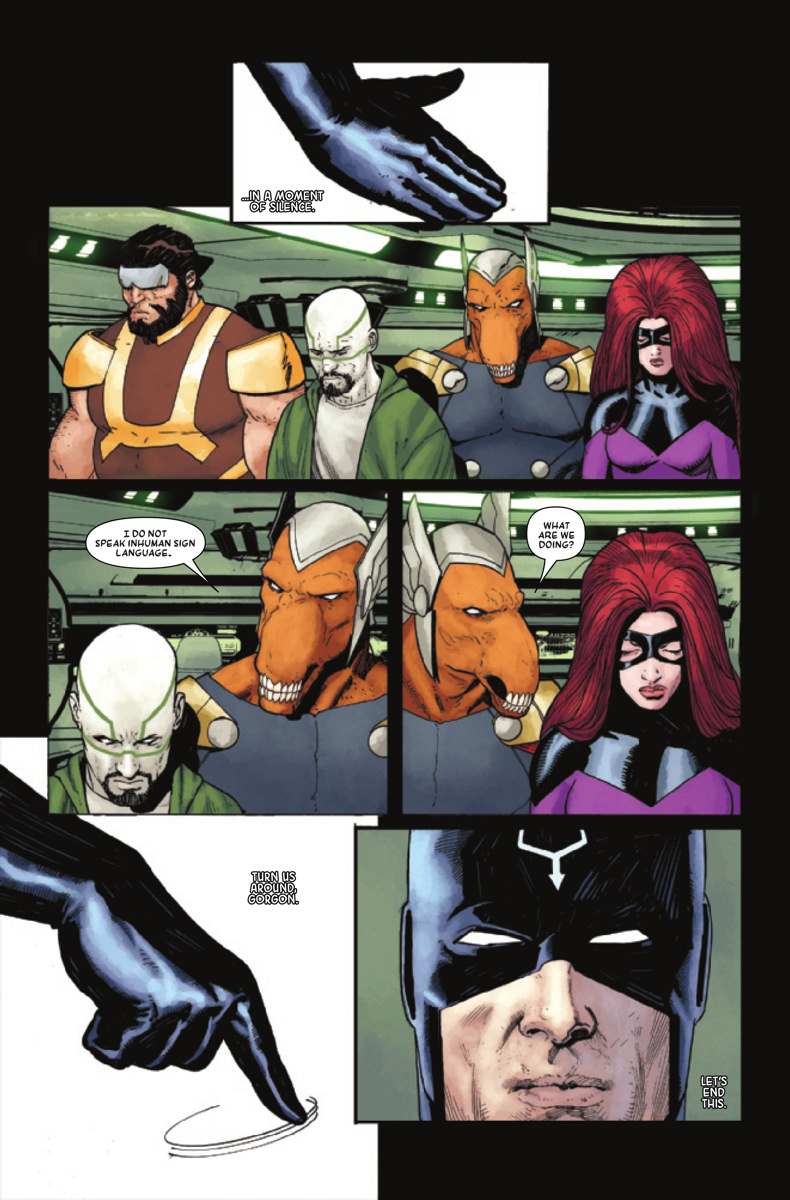