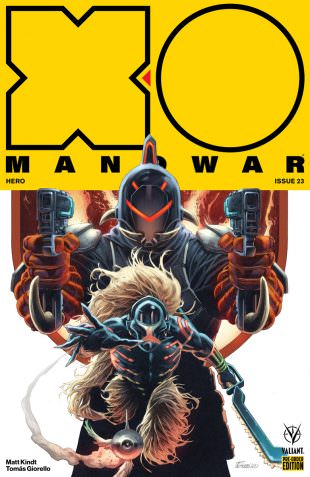 Since it rebooted in 2017 Valiant's XO-Manowar has been one of the best quality books on the shelf featuring top notch art and writing.  Valiant has begun to release information on where the series is going in 2019 with a new story arc called Hero.  Hero is intended to be a new starting point for readers to come in on.   The story features a group of blood thirsty interstellar bounty huntering tracking Aric (XO-Manowar) down on Earth.  The alien bounty hunters created for the series are a bit like Boba Fett on steriods and should set up another strong arc in the series.


X-O MANOWAR (2017) #23
Written by MATT KINDT
Art by TOMÁS GIORELLO
Cover A by KENNETH ROCAFORT
Cover B by DIEGO YAPUR
Cover C by MICHAEL MANOMIVIBUL
Interlocking Variant by FRANCIS PORTELA
NEW ARC! NEW JUMPING-ON POINT! “HERO” – PART ONE!
Aric of Dacia may have left Planet Gorin behind, but its people still remember the ruin they felt in his wake…and so do the bounty hunters who sought to end his barbaric reign! Enraged by the blight on their perfect record, they’ve arrived on our world to finish the job they started – and this time, they don’t plan on taking X-O Manowar alive!
The past catches up with Earth’s Visigoth guardian in “HERO,” an unforgettable new jumping-on point for the best-selling Valiant series from Eisner-nominated writer Matt Kindt (DIVINITY, Mind MGMT) and spectacular artist Tomás Giorello (NINJA-K)!
$3.99 | 32 pgs. | VALIANT PREMIUM | T+ | On Sale JANUARY 23rd 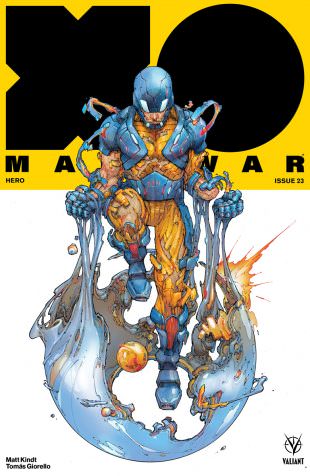 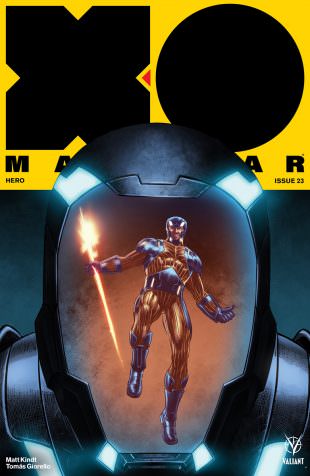 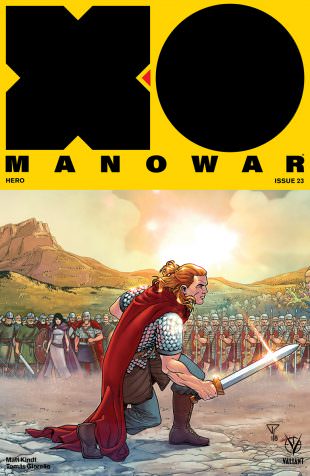 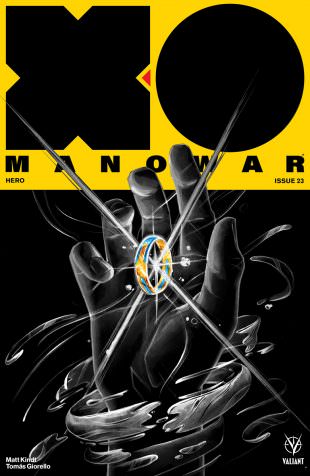