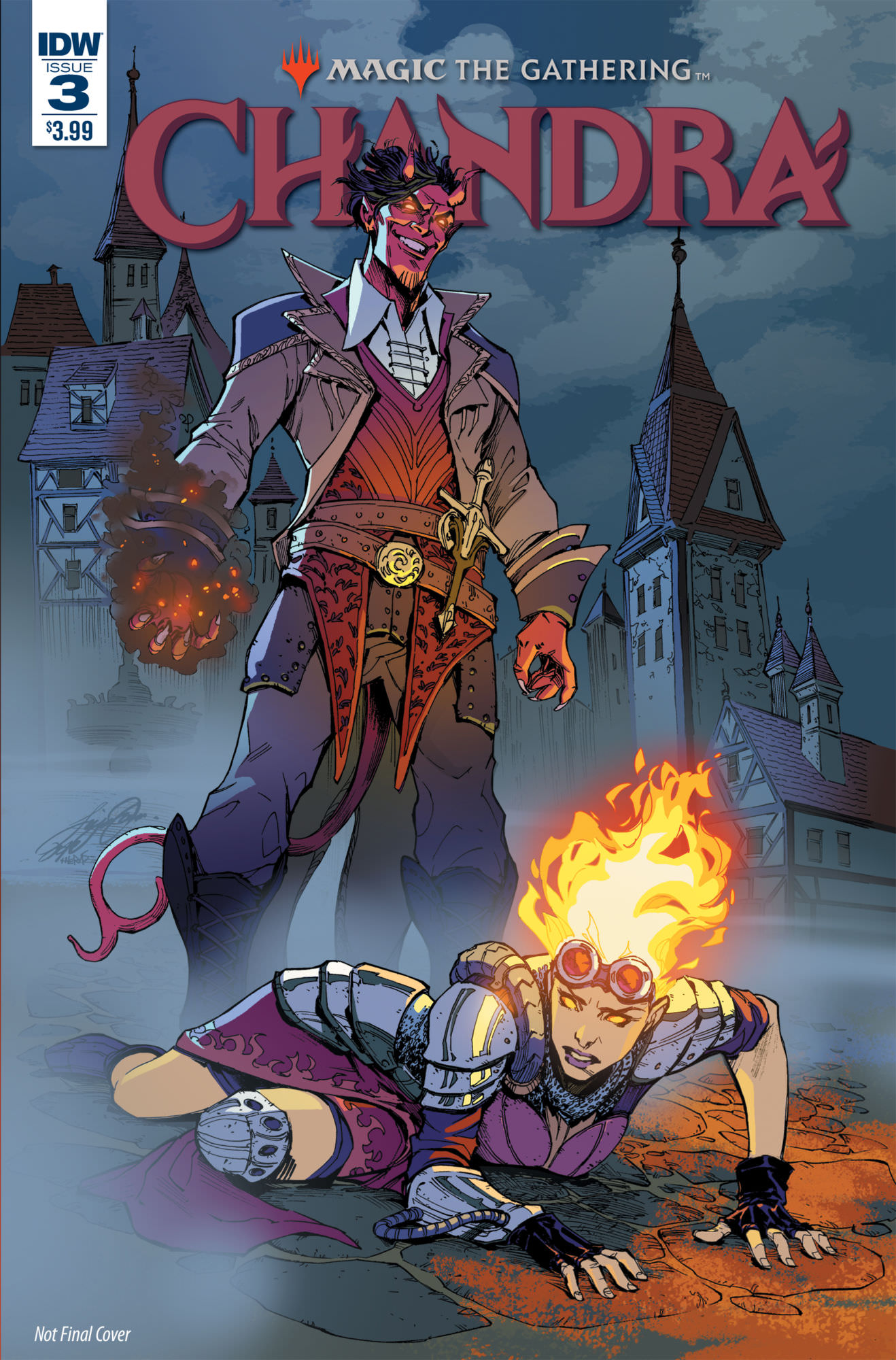 The Chandra comic from IDW has gotten some notice from Magic the Gathering fans because it has created a rare opportunity for the lore of the iconic game to be built up in place that is not confined to a card.  Opportunities to explore the lore of Magic outside of the game itself have been fairly rare.  This has allowed cards with little explanation to appear and gain greater prominance in the realm of the games fandom.

The cover of Chandra #3 was released on IDW and shows that the third issue will feature Tibalt the Fiend-Blooded another infamous Planeswalker from the game.  While Chandra has long been a popular Planewalker Tibalt is more infamous.  He is famous for being a bad card, a hard one to use in just about any capacity.  Generally, the Planewalker cards are prized for being different and bestowing unique abilities, however, Tibalt main discard power is so random that few players ever want to use him.

Tibalt is the only 2 mana Planeswalker card in which the company tried to do.  This was intended to be a major deal but the card takes far too long to use any of its powers and make it effective.  Tibalt appeared in the dual deck Tibalt vs Sorin.  Tibalt was extremely underwhelming and Sorin was extremely powerful making it into a kind of a joke.


The play mechanics of Tibalt have greatly effected how the character is seen by fans.  He is viewed as something of a joke.  If he appears or is mentioned it is as a villain who is expected to be terrifying but in reality is so weak. Another Tibalt card has never appeared, and his character has never really been touched.

While the comic choosing Tibalt of all the characters to choose from may seem weird maybe the comic creators want to breath new life into this much maligned card.  It seems Wizards of the Coast is going to take on the character.   I am curious if this treatment in the upcoming Chandra #3 could foreshadow a new Tibalt card.  The actual description of the comic does not give many clues:

Magic: The Gathering: Chandra #3
Vita Ayala (w) • Harvey Tolibao (a) • Siya Oum (c)
Tibalt’s attacks on Chandra get more personal—and closer to home—as he thrives on her anguish. Meanwhile, Ajani tries to help her make peace with the events of her past, but will Chandra’s outrage be enough to overcome the devilish Planeswalker’s empathic onslaught? Vita Ayala and Harvey Tolibao continue their exploration of one of Magic’s most popular—and powerful—characters, pushing her closer to the brink than ever before!
Features a story spinning directly out of January’s new Magic card set, Ravnica Allegiance™, and the yet-to-be-revealed spring 2019 set!
Fan-favorite villain Tibalt returns, after a long absence from Magic’s story. 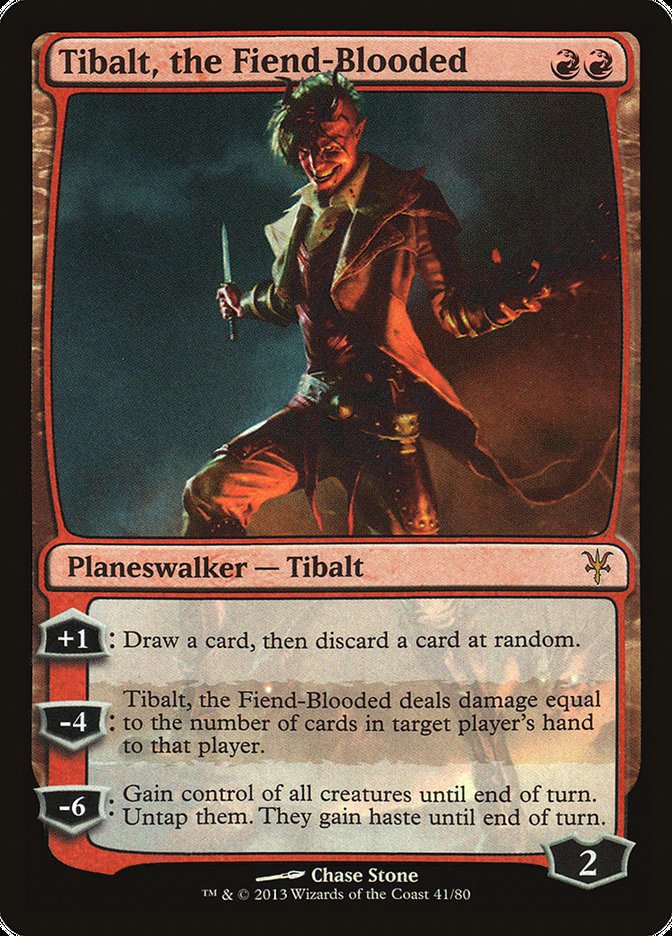 Get your own cool looking but not very good Tibalt card directly from Amazon. Maybe you can be the Magic the Gathering player who figures out something to do with Tibalt and redeem in the eyes of players everywhere.  Well that part is unlikely but hey you can dream!