The TRUE reason why Punisher and Jessica Jones were canceled 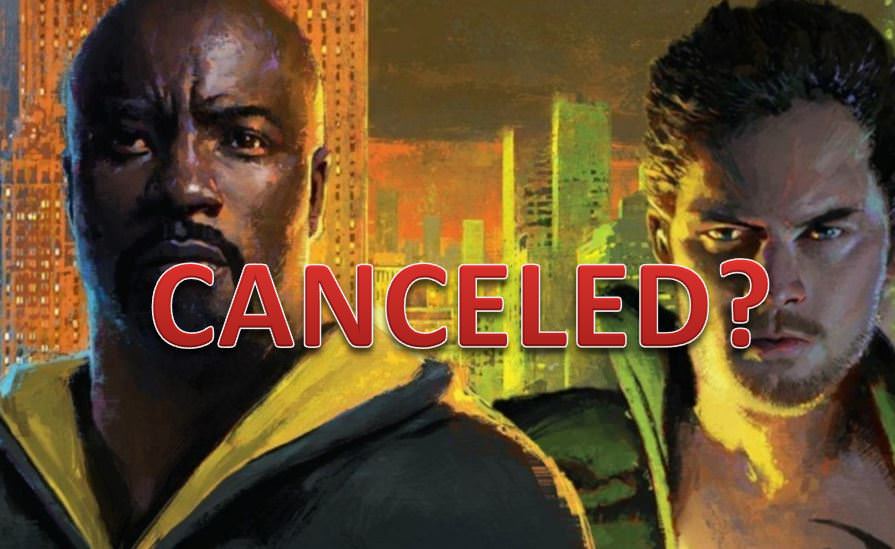 The True reason why Iron Fist and Luke Cage were canceled


There are currently 5-6 different Marvel shows running beneath the Defenders umbrella on Netflix. The Marvel licensed shows that have ran on Netflix are Daredevil, Jessica Jones, Luke Cage, Iron Fist, Punisher and the Defenders.   Currently, Luke Cage and Iron Fist have gone for 2 seasons and according to Deadline niether will recieve a third season.  It seems unlikely that Defenders will get a 2nd season after the 1st was a disapointment in terms of both critical reviews and the amount of views it garnered.  Daredevil's third season is coming out now.  Jessica Jones is moving forward with a third season and Punisher is to recieve a 2nd season.   After this however, it seems quite possible this is the end of these shows.

With what has gone on with the other shows this is really not a surprise.  This simply is the last bit of winding down between the partnership between Marvel/Disney and Netflix.

There were mentions that the shows could potentially make their way to a different platform Hulu or the new Disney platform however the contract that puts a 2 year delay on those characters showing up somewhere else would need to be dealt with first.


Update: 12/13/2018 2 Years! -Deadline has revealed that their is a clause in the Netflix shows original contracts that precludes the characters from appearing in non Netflix projects for 2 years after the date of cancelation.  As Iron Fist, Luke Cage and Daredevil were canceded in the Fall of 2018 it would mean they could not appear until the Fall of 2020.

It is unclear if Punisher is subject to the clause.  His show is newer however he did appear in Daredevil Season 2.

This clause if not worked around seems to nix any hope fans would have of seeing the characters on other Marvel platforms.  I also think that 2 years is long enough that when we do see them again it will be in fully rebooted form.

Update:  11/30/2018  DAREDEVIL CANCELED - Daredevil is officially not planned to come back for a 4th season according to Netflix.  This means the likely finale of the Defenders Netflix universe will be Jessica Jones season 3 and Punisher Season 2.  Why is this the end of a beloved and critically praised set of shows, keep reading.

Currently this how things look:

It is possible that Punisher and Daredevil get another season however after the recent Luke Cage cancelation news its clear that something bigger is in the works.  The Luke Cage news is more striking than the Iron Fist news due to the fact that its seasons have been more of a critical success and the fact that writers were actively working on the third season.  Writer Cheo Hodari Coker has said to have been active working on scripts for the third season for 6 months.  Also all of the actors including Luke Cage star Mike Colter were signed for a third season.  All signs seemed to point toward a third season of Luke Cage being a sure thing.

Here is the official reason why Luke Cage was canceled:

Marvel and Netflix told  Deadline in a joint statement that: "Unfortunately, Marvel’s Luke Cage will not return for a third season,  "Everyone at Marvel Television and Netflix is grateful to the dedicated showrunner, writers, cast and crew who brought Harlem’s Hero to life for the past two seasons, and to all the fans who have supported the series."

Coker himself gracefully tweeted out that he was grateful for the chance to work on Luke Cage and was moving forward.


A lot memories. A lot of individual thank you calls to make. Just want to say thank you to Marvel, Netflix, the best Writer’s room, cast, crew, the Midnight Hour, all those who graced the stage at Harlem’s Paradise and the most incredible fan base in the world. Forward always...
— Cheo Hodari Coker (@cheo_coker) October 20, 2018


I am forever grateful to Marvel and Netflix for letting me portray such a prolific character, and I thank you amazing fans. As one door closes, another has opened, with the birth of my daughter this week. A lot of great memories. Time to make more. Always forward, forward always pic.twitter.com/Dvv4YOBeEE
— Mike Colter (@realmikecolter) October 22, 2018


(Sidebar: I would recommend people dealing with disapointments in life to take notes from Colter and Coker they are class acts and their messages make me want to see them succeed in their future projects.)
The "official" reason, for the cancelation given was that of creative differences between Netflix and Marvel.  They seemingly reached an impasse of going forward for the third season even though both have incorporated ideas into the Coker prepared script.

THE REAL REASON - Money and Corporate Politics
I do not believe that creative differences played any real part of the cancelation of the show. What is happening is corporate strategic maneuvering.

Since the initial creation of the partnership between Disney and Netflix things have begun to drastically change. Netflix has managed to create many of its own shows that are successful which has limited its need for shows owned by third parties like the Marvel shows. The initial show of Daredevil was unique and brought many new viewers to the Netflix platform but the shows are also expensive to make and because they are not fully owned by Netflix they have limited top side for the platform. Netflix has also purchased comic publisher Millarworld home of licenses like Kick Ass, Hit Girl and other Millar creations. The Millarworld purchase is intended to fuel additional comic book themed shows into the future.

For its part, Marvel / Disney are pushing forward with their own streaming service that will be a competitor of Netflix. Similar to DC Universes streaming platform the new streaming service of Marvel / Disney will need unique content not found at Netflix or anywhere else. It will also be a direct competitor to Netflix. Marvel has also completed the Fox deal which will bring in many more comic licenses into its arsenal and further allow it to use these licenses either on standard TV or in their own streaming venue.

Now that Disney is going to be a major competitor of Netflix it seems that it is unlikely that the pair continue to work together for the future. My guess is that after the next season of Jessica Jones and Punisher that the Marvel Netflix partnership will effectively end and there will be no renewals. This is just my opinion, but the forces taking the two apart seem very strong.

The other potential possibility is that the Marvel and Netflix are pivoting toward uniting Luke Cage and Iron Fist into a Heroes for Hire show.  I do think this makes creative sense.  However, we will see if that is possible.  A Heroes for Hire would bring complications similar to the Defenders that were apparently quite large.  The show would need to juggle the characters introduced in both shows.  This is the optimistic scenario for fans of the shows.  I don't think this scenario is likely but I would love to be wrong.

The ultimate canary in the coal mine here to determine whether Netflix/Marvel shows go forward will be Daredevil season 4, and also any other shows like Blade / Moon Knight. Once again, from my perspective I think we see these projects being saved for Marvel/Disney's own streaming service.

The one bright spot I do see for Iron Fist, and Luke Cage, fans is that is possible these shows find a new home on the Disney Marvel streaming service.  This will not be the end of Luke Cage and Iron Fist they will appear again in some form, it just likely will not be on Netflix.