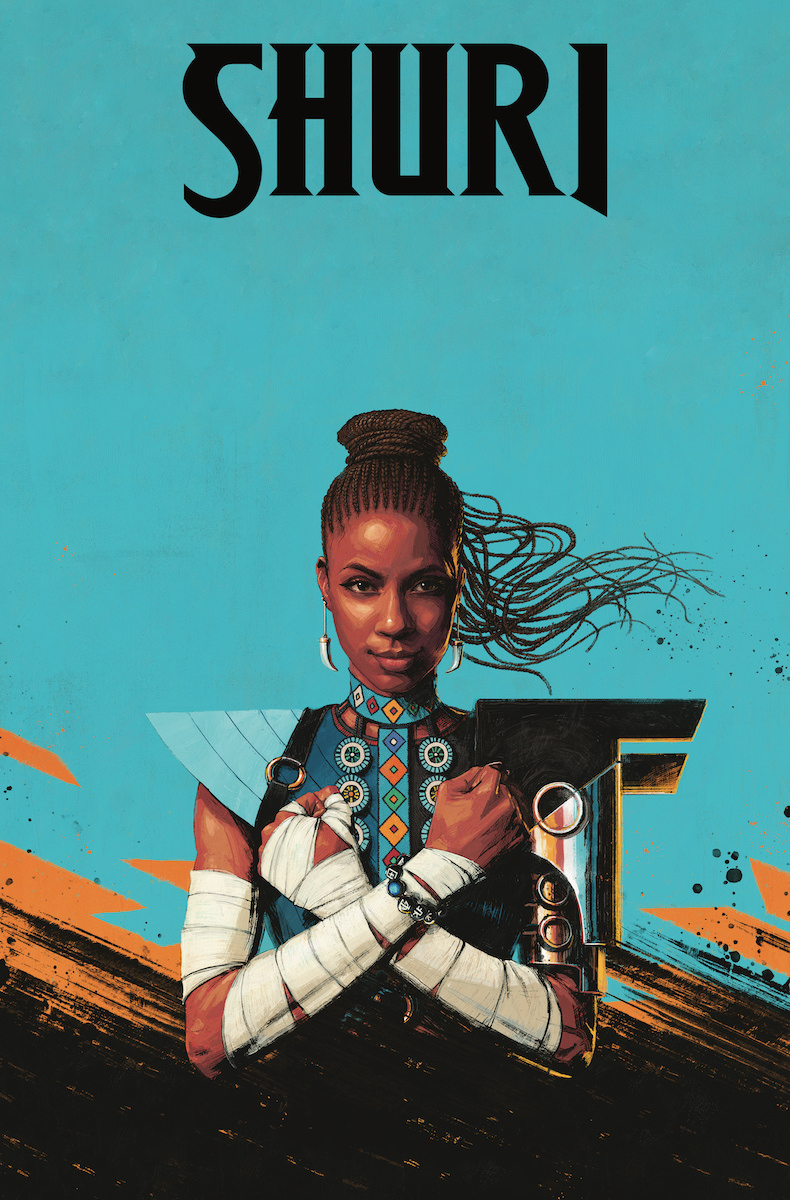 
SHURI #1NNEDI OKORAFOR (W) • LEONARDO ROMERO (A)Cover by SAM SPRATTVariant Cover by JAMAL CAMPBELLVARIANT COVER BY TRAVIS CHARESTACTION FIGURE VARIANT COVER BY JOHN TYLER CHRISTOPHERTEASER VARIANT COVER BY TERRY DODSONVARIANT COVER BY SKOTTIE YOUNGFOLLOWING IN THE FOOTSTEPS OF THE BLACK PANTHER!The world fell in love with her in the movie. Now, the Black Panther’s techno-genius sister launches her own adventures — written by best-selling Afrofuturist author Nnedi Okorafor and drawn by Eisner-nominated artist Leonardo Romero! The Black Panther has disappeared, lost on a mission in space. And in his absence, everyone’s looking at the next in line for the throne. But Shuri is happiest in a lab, surrounded by gadgets of her own creation. She’d rather be testing gauntlets than throwing them. But a nation without a leader is a vulnerable one — and Shuri may have to choose between Wakanda’s welfare and her own.32 PGS./Rated T …$3.99 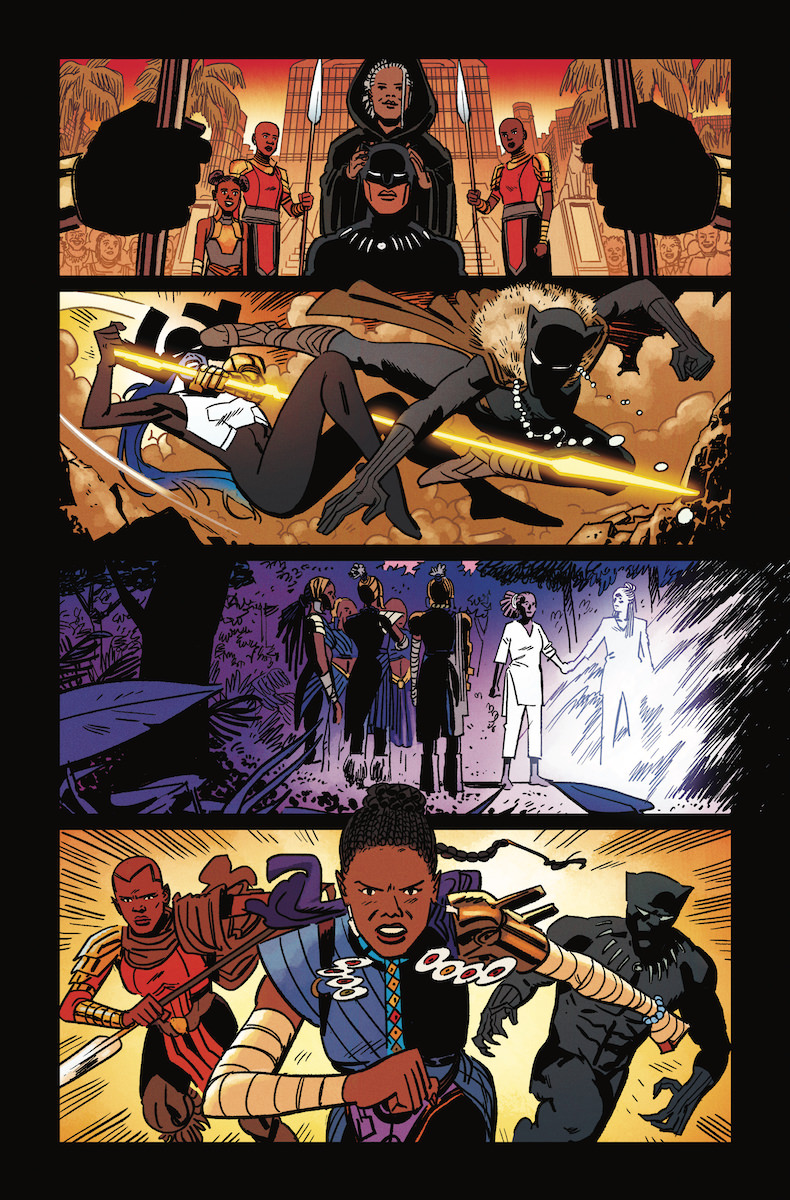 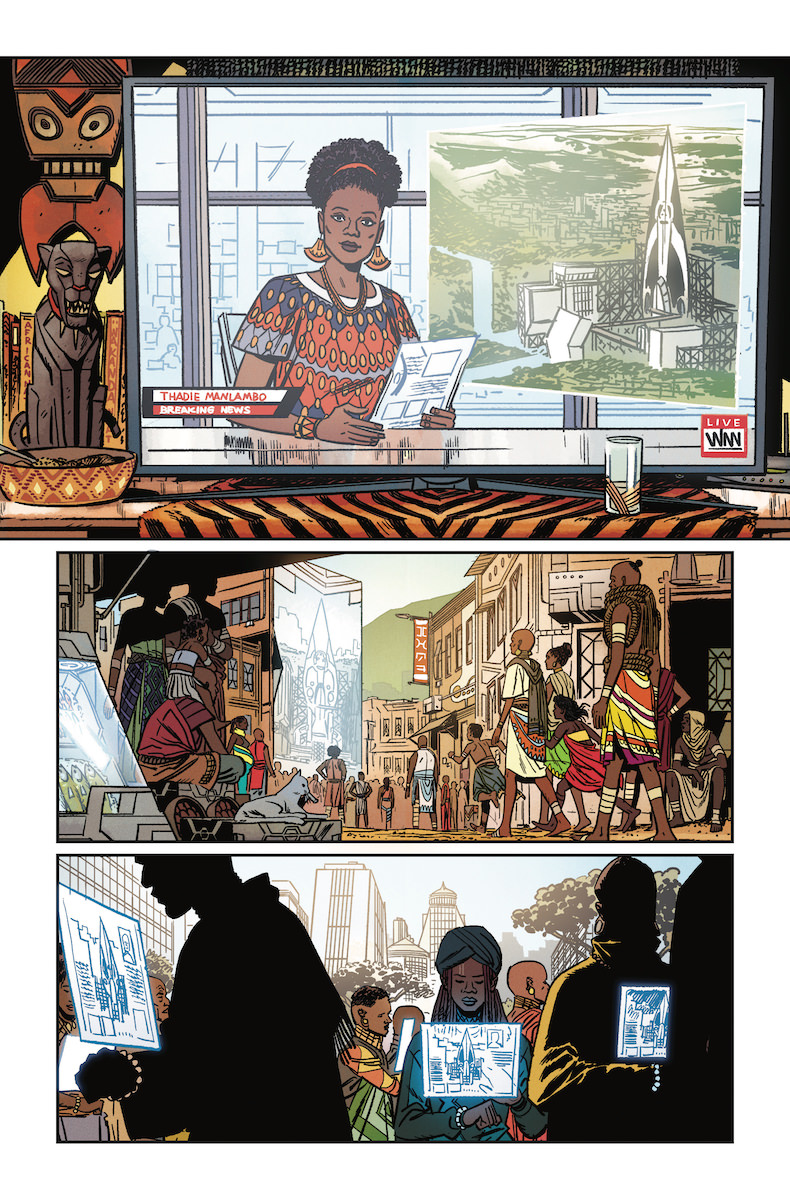 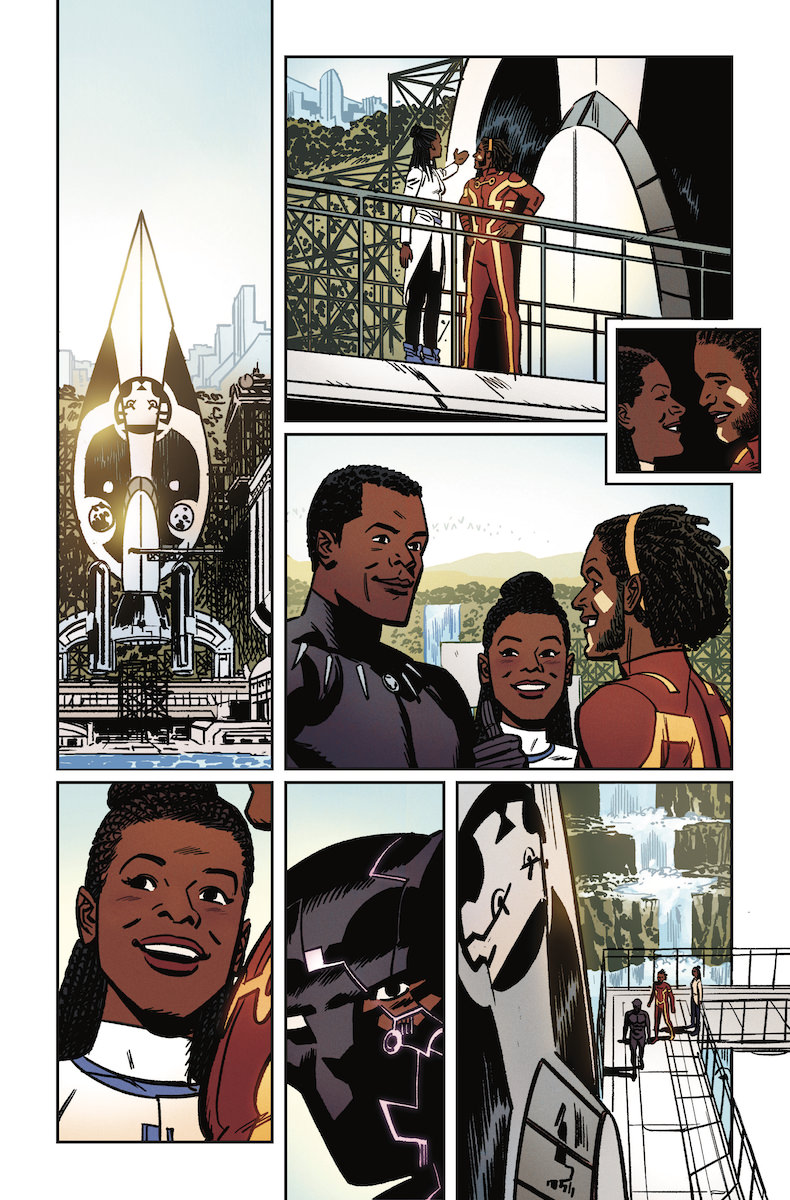 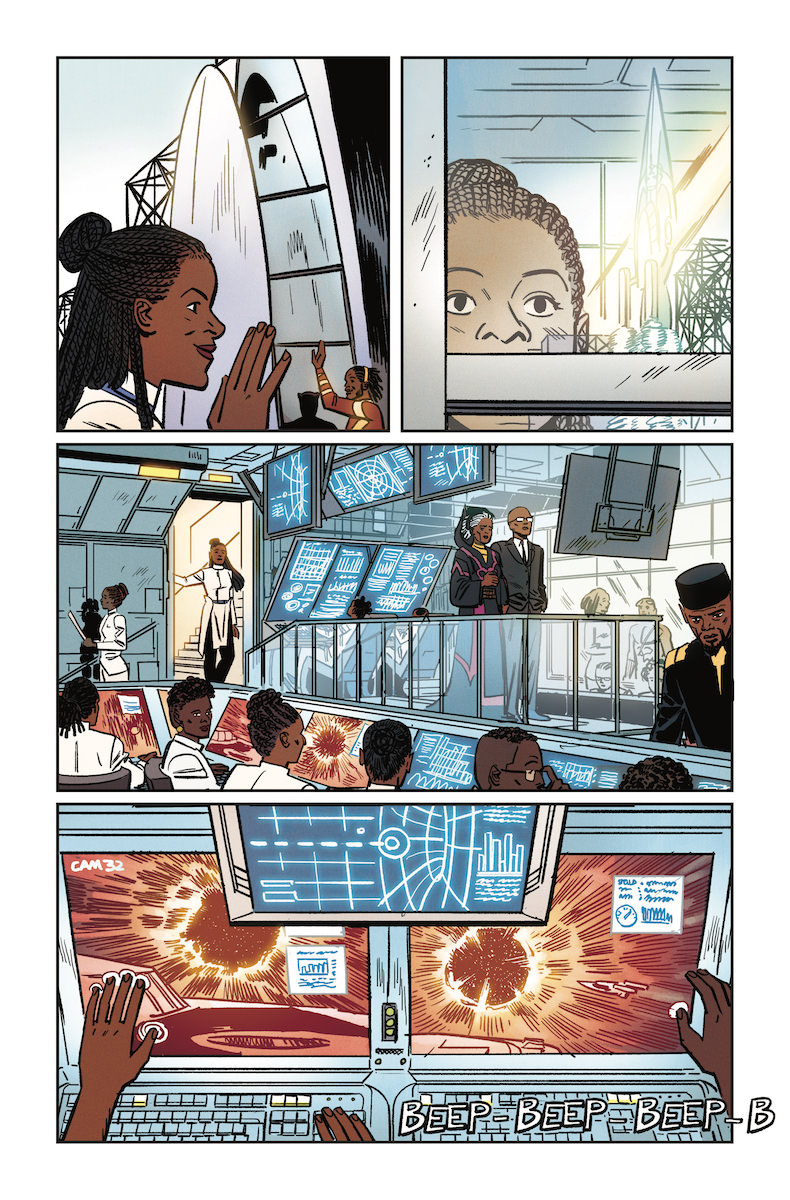 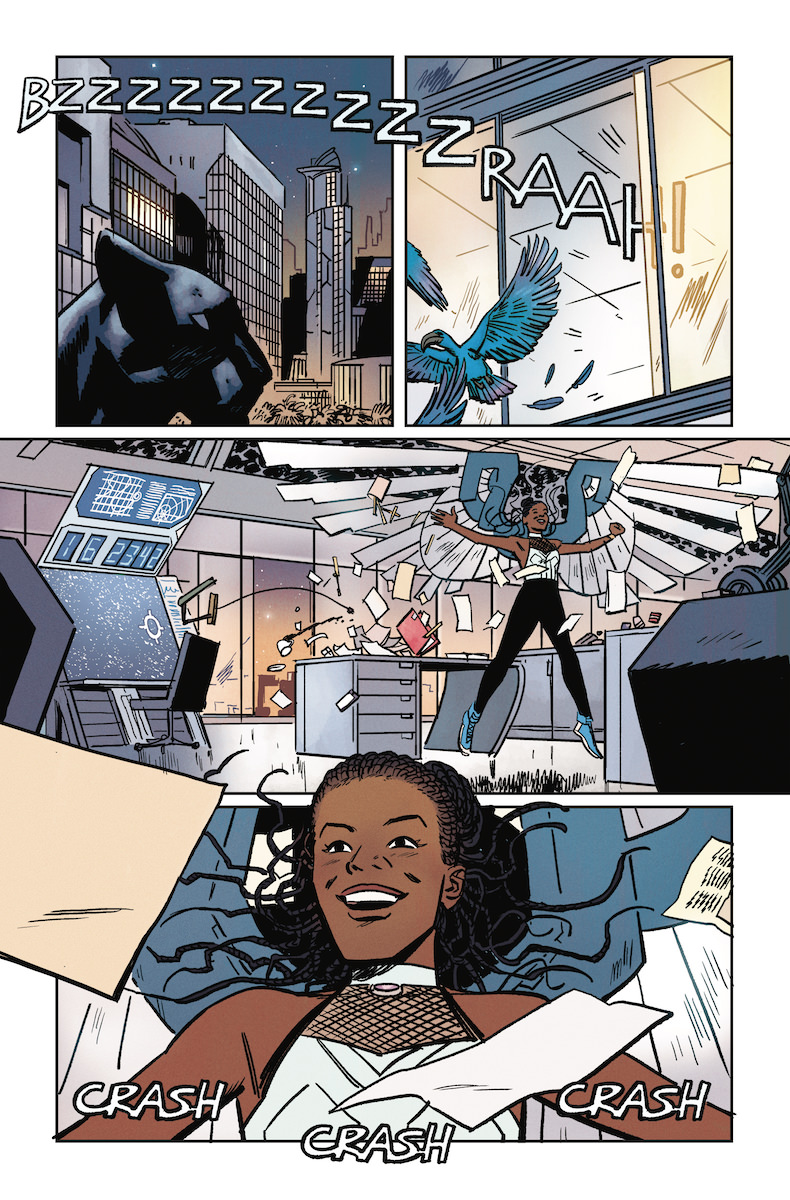 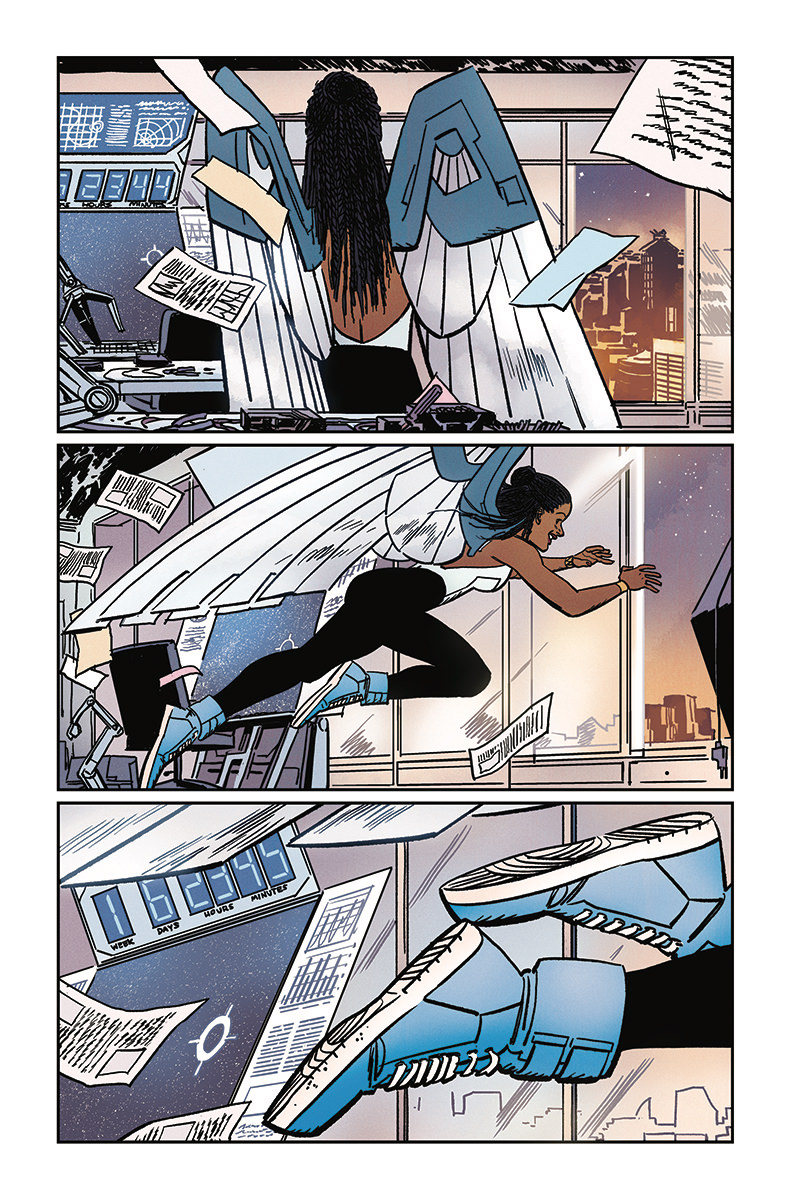