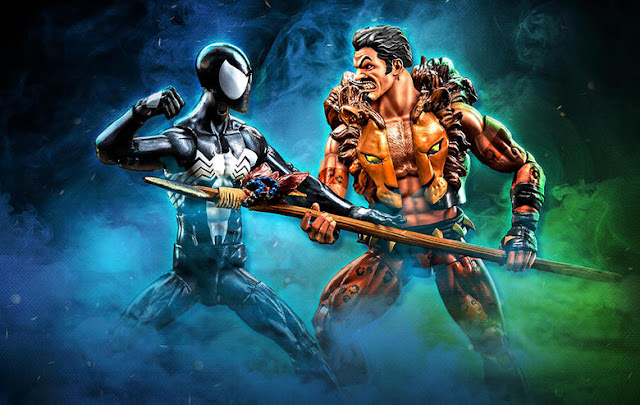 
Marvel Legends have become very popular sets of figures for Toy Collectors who like highly detailed sculpts.  In some sense the line is Hasbro's answer to the higher detailed lines of McFarlane toys.

At NYCC 2018 the Hasbro team released its line of Marvel Legends figures for the upcoming year.  Among the stand out new figures were Professor Xavier, a geared out Deadpool, and Spider-Man vs Kraven.  There was also a launch of more Dark Order figures to help supply all the "Children of Thanos".


There is also a major line of Marvel Cinimatic Universe themed figures as well as ones focusing on the 90s X-Men.

My personal favorite of all these figures is the new Kraven figure.  I tend to think that Kraven is going to eventually get an avalanche of attention its just a matter of one.

Kraven has been rumored as a potential villain to appear in the films for awhile now.   Kraven could appear in either the upcoming MCU films or the SONY Spider-Man films.  The main villain of Spider-Man Far From Home is going to be Mysterio but SONY has started its own Spider-Man universe of sorts that could also use Kraven.

According to Cininema Blend Kraven will get his own movie after Morbeous.  In that film it is currently being planned that Kraven would indeed face off against Spider-Man.

While I have seen Kraven figures before I have never seen one so good.  Both this figure and the Spider-Man figure being released with it come from the Last Hunt Storyline.  Easily, the most famous modern Kraven story.  Hasbro's Bobby Vala said of the figures:  “This is a classic Spider-Man. It’s the KRAVEN'S LAST HUNT storyline. So it’s a classic version for Kraven too. We had a great Kraven figure a few years back but this is now the more classic version from that storyline, along with black costume Spider-Man. Peter sports an alternate head with some battle damage, a beat up face, because they had a nice epic battle in that storyline.” 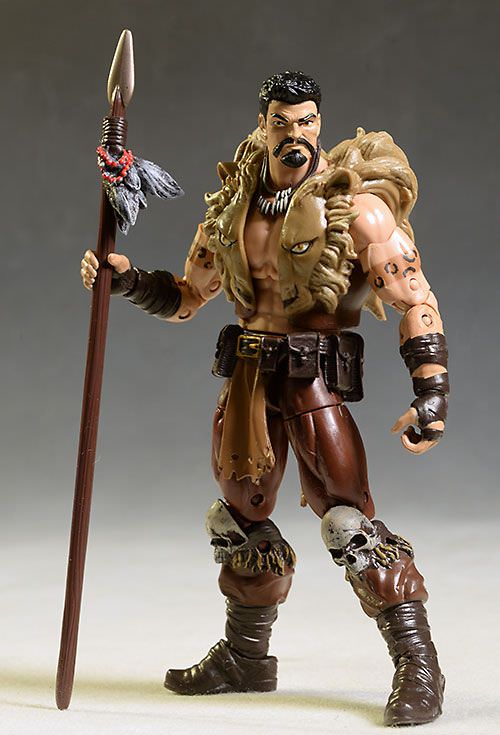 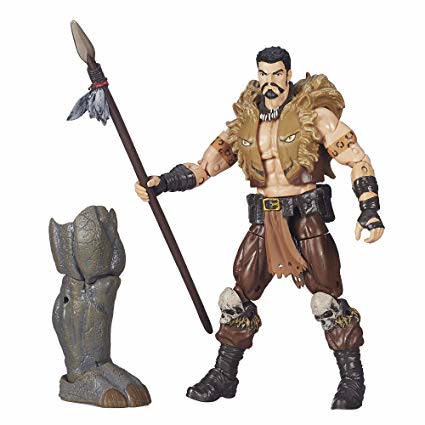 Here are the top Marvel Legends on Amazon from 2018

Check out Hasbro's latest Marvel toys from NYCC!
At New York Comic Con this past week, a number of upcoming Marvel Legends toys were unveiled by the team at Hasbro. During NYCC, Marvel.com spoke to Hasbro’s Bobby Vala (Senior Product Designer) and Ryan Ting (Manager, Global Brand Development & Marketing) about several of the upcoming Marvel Legends figures fans are excited about, including new releases based on X-Men, Marvel Studios’ “Avengers: Infinity War,” Spider-Man, and more.

Charles and Wade and Vehicles!


Vala described the upcoming release of the Marvel Legends Professor X with Hover Chair Vehicle as a “long time coming,”adding that when it came to their vehicle series, “For 2019, for Wave One you have Professor X and his hover chair and Deadpool with his Deadpool animal family. At San Diego we revealed these, but for New York we have a few special reveals for these figures. Professor X now comes with a Cerebro helmet along with the psychic effect that attaches onto it. And Deadpool comes with a great sticker sheet so that you can customize your own scooter.”


Regarding the animals included with the Marvel Legends Deadpool with Scooter Vehicle, Vala remarked, “That was a really fun one to work on. I wanted to make sure we got all of those guys in there. And they all fit on the scooter! They look great. We’re really happy with the way that wave came out. We think the fans are going to love these two characters because they’ve been asking for Professor X for quite a long time.”

Along with Jubilee and a Build-a-Figure for Caliban, the spring 2019 X-Men wave includes Forge, depicted in his classic 1990s yellow and blue X-Men uniform, and Vala noted, “We’re always looking to give people more X-Men and we know how popular 90’s X-Men is… We always enjoy getting to work on the X stuff because there’s so much of it and it’s so ingrained in the fans’ perspective on it and it’s still so popular now. We enjoy working on it as much as the fans enjoy seeing it.”
Said Ting, “You’ll notice Forge’s outfit is very reminiscent of the animated [series] look.” Asked if we’ll eventually see most of the 90s-era X-Men in Marvel Legends, Ting replied, “I think we’re well on our way to completing it and are definitely fans of that time period.”

The Remaining Children of Thanos

The many fans of  blockbuster hit from Marvel Studios, “Avengers: Infinity War,” will be very happy to see a couple of that film’s villains are on the way in the Marvel Legends line. Said Vala, “We are now completing the [Children of Thanos], so for 'Infinity War,' we gave you Thanos, Cull Obsidian, and Proxima Midnight, but we were missing two characters from that team. Now we are giving you Ebony Maw and Corvus Glaive.”
Said Ting, “We wanted to complete the Infinity War Thanos team as you saw in this year’s film. So we’ll be giving fans a chance to add that to your collection.”

The Marvel Legends Kraven & Spider-Man 2-Pack is notable  because as Vala explained, “This is a classic Spider-Man. It’s the KRAVEN'S LAST HUNT storyline. So it’s a classic version for Kraven too. We had a great Kraven figure a few years back but this is now the more classic version from that storyline, along with black costume Spider-Man. Peter sports an alternate head with some battle damage, a beat up face, because they had a nice epic battle in that storyline.”

Regarding a recently-released line, the Marvel Studios: The First 10 Years Marvel Legends figures, Vala and Ting said it was great to go back and get to do some characters from earlier MCU films they hadn’t initially.
Said Ting, “We knew Marvel Studios had this big celebration this year for their first ten years and we took that as an opportunity to not only bring back updates of characters we have done before like Thor or Tony Stark with improved, photo-real actor likenesses. But also doing tons of characters that we missed the first time around, so that’s Yellowjacket, Sif, Red Skull, Ronan, Crossbones, tons of them. It’s really a trip down memory lane when you go back ten years.”