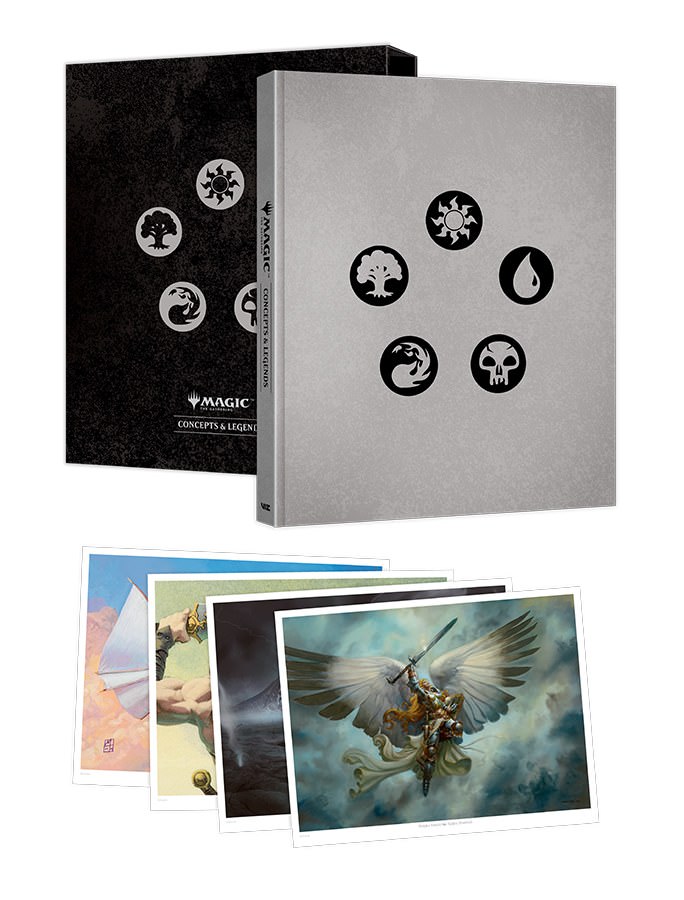 Magic the Gathering is celebrating its 25 year anniversary and VIZ Media is going to take a look back at the heralded art from the company over that 25 year period.  The book is expected to retail for around $40.

James Wyatt and the Wizards of the Coast team of storytellers and artists open up the archives to give fans a behind-the-scenes look at how they develop the look and feel of the characters, planes, and creatures of the world’s most popular trading card game. Celebrating the 25th anniversary of Magic: The Gathering, this beautiful collector’s hardcover book features artwork, sketches and commentary showcasing the expansive world that has captivated generations.
“Concepts & Legends pulls from the art and design teams’ sketch books and notes to focus on where the worlds and lore of Magic: The Gathering started 25 years ago, where we are now, and where we’re going to go next,” says Joel Enos, Senior Editor. “Made to highlight the 25th Anniversary of Magic: The Gathering, this is the ultimate collector’s book for Magic fans around the world.”