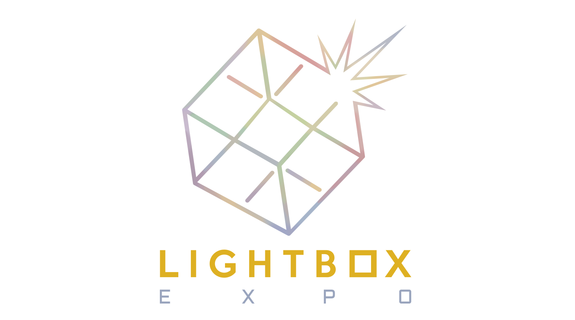 There used to be only a few comic cons in the world, now there seems to be a new one created each month.  This Lightbot Con however is a sign that some of the new cons may be out to alter the formula.  One thing I have heard from many con goers is that the Comic Cons have been taken over by Hollywood and they would like to have cons that have a greater focus on Writers and Illustrators over the actors.  Light Box is another sign that there may be an audience that wants to look at art in another way.

In 2019, celebrated character designer and illustrator Bobby Chiu (Disney's Alice in Wonderland) and Emerald City Comic Con founder Jim Demonakos are launching LightBox Expo, a three day celebration of the visual arts in Pasadena, California. LightBox Expo (or LBX) will be a multi-faceted experience for everyone from aspiring artists and students, to professionals and fans, with a focus on animation, illustration and concept art. An impressive range of artists, including Daniel Arriaga (Coco), illustrator Loish, Iain McCaig (Star Wars), Crash McCreery (Jurassic Park), Hellboy creator Mike Mignola, Ryan Meinerding (Marvel Studios), Karla Ortiz (Dr. Strange), Victoria Ying (Tangled), and illustrator Claire Wendling, are already confirmed as inaugural guests with more guests to be announced in the upcoming months. The event will be held from September 6-8, 2019 at the Pasadena Convention Center with tickets going on sale early next spring.

After years of holding workshops around the world with his company Schoolism, Bobby Chiu is partnering with Jim Demonakos to found the event. “LightBox Expo was conceived as a way to unite the best artists in the animation, illustration, live action and gaming industries under one roof for the ultimate celebration of art,” said Chiu, LightBox Expo’s Creative Director. “This event is a place where we can come together once a year to hang out, share our work with the public, meet other artists, further our skills and educate those coming up in our respective industries.”


One of the missions of LightBox Expo is to ensure that the artists in attendance, from students to professionals, will be respected and treated fairly. To that end, an advisory council has been created, made up of some of the most experienced artists and studio representatives in the business, including Stephen Silver (Kim Possible), Justin Goby Fields (Ironklad Studios), Helen Mingjue Chen (Wreck-it Ralph), Ryan Lang (Big Hero 6), Renee di Cherri (Adobe), Douglas Little (Wacom), Christophe Lautrette (Kung Fu Panda), alongside previously mentioned artists McCreery, McCaig, Ortiz and Loish. “We’re really proud of the Advisory Council and its impact on the event,” said Demonakos, the LBX Convention Director. “Their direction is helping us put together an experience like no other, including a professional development day on Friday, plus countless hours of programming to help artists no matter what stage they’re at in their career.”