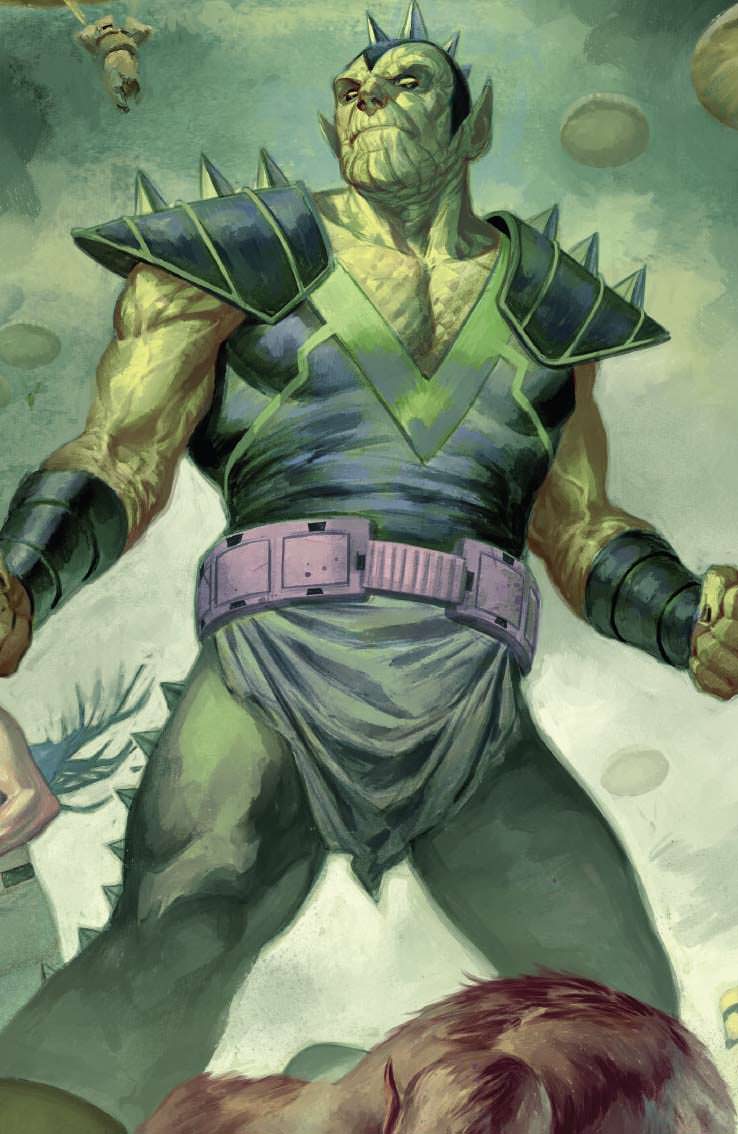 Who is Paibok the Power Skrull?

Paibok is a powerful Skrull warrior who is a hero to the Skrulls and a supervillain to Earth's super community. 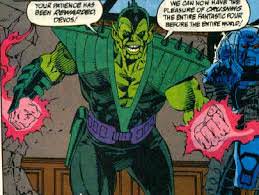 Paibok is a highly trained Skrull Warrior that was born on the Skrull Throne World of Tarnax IV.  Paibok is tasked with defeating the Earth superhero team the Fantastic Four.  The Fantastic Four had managed to defeat the previous Skrull attempts at taking over Earth.  Paibok begins a scheme that has his lover Lyja going undercover as Alicia Masters (associate of the Fantastic Four) and also augmenting himself with special powers of the Power Skrull.  The plan goes horribly wrong for Paibok who ends up being defeated by the Fantastic Four and losing Lyja.  This plan begins to go awry when Lyja falls in love with the Human Torch.  The Fantastic Four eventually realize that Lyja is an impostor and go in search for the real Alicia Masters.  With the help of Lyja who turns on Paibok the Earth team defeats Paibok and leaves him for dead on  his War World.  Lyja sacrificed herself to protect the Fantastic Four from Paibok's powers and is killed.

Paibok manages to survive and creates an alliance with Devos the Devastor.  The pair recover Lyja's body and revive her with augmentations that give her super Skrull powers.  They threesome then go after the Fantastic Four again.  Lyja betrays the group and joins with the Fantastic Four again.  This does not sway Paibok though, he find 2 more allies in the likes of Klaw and Huntara who form a group called the Fearsome Foursome.  The Fearsome Foursome manage to capture the Fantastic Four and Lyja and bring them to the Skrull Throneworld where they are presented before the Empress.   A problem arrises when Devos is revealed to be a war lord that is planning on taking over the Skrull Homeworld.  His ship the Death Cruiser arrives to conquer the planet.  The Empress is furious at Paibok for the turn of events and orders his death.  Paibok ascends to the Death Cruiser and battles Devos in an attempt to redeem himself.  Both space warriors seem lost when the ship falls into subspace.

Somehow surviving the space ship Paibok returns to Earth.  He has his powers enhanced by Centaurian scientists and forms a freakshow of other Skrulls.  They attempt to capture the Thing,  This ends in defeat for Paibok however and he is captured by a group of Kree soldiers.

Paibok is on a Klynn prison transport that crashes in Alaska. He organizes the other space criminals to try to fight for their freedom. However he is stopped and beaten by fellow prisoner Drax the Destroyer.

Secret Invasion
Paibok remains in space attempting to help rebuild what is left of the Skrull Empire after the Annilation wave.  He does take part in the events of Secret Invasion.

As a Deviant Skrull Paibok has the ability to alter her shape to match that of almost anything, humanoid or animal or an even inorganic object.

Paibok has been augemented with additional powers through biogenetic engineering performed on him by Skrull sceintists.

ht, and the abilities to transform his skin into a durable steel-like substance, project blasts of bio-electricity up to 50,000 volts, and to project bursts of cold to absolute zero from his hands and to freeze local moisture from the air, thus forming ice constructs. He possesses an immunity to the effects of his own electrostatic and cold temperature powers.

MCU:
Paibok has not been depicted in the MCU.