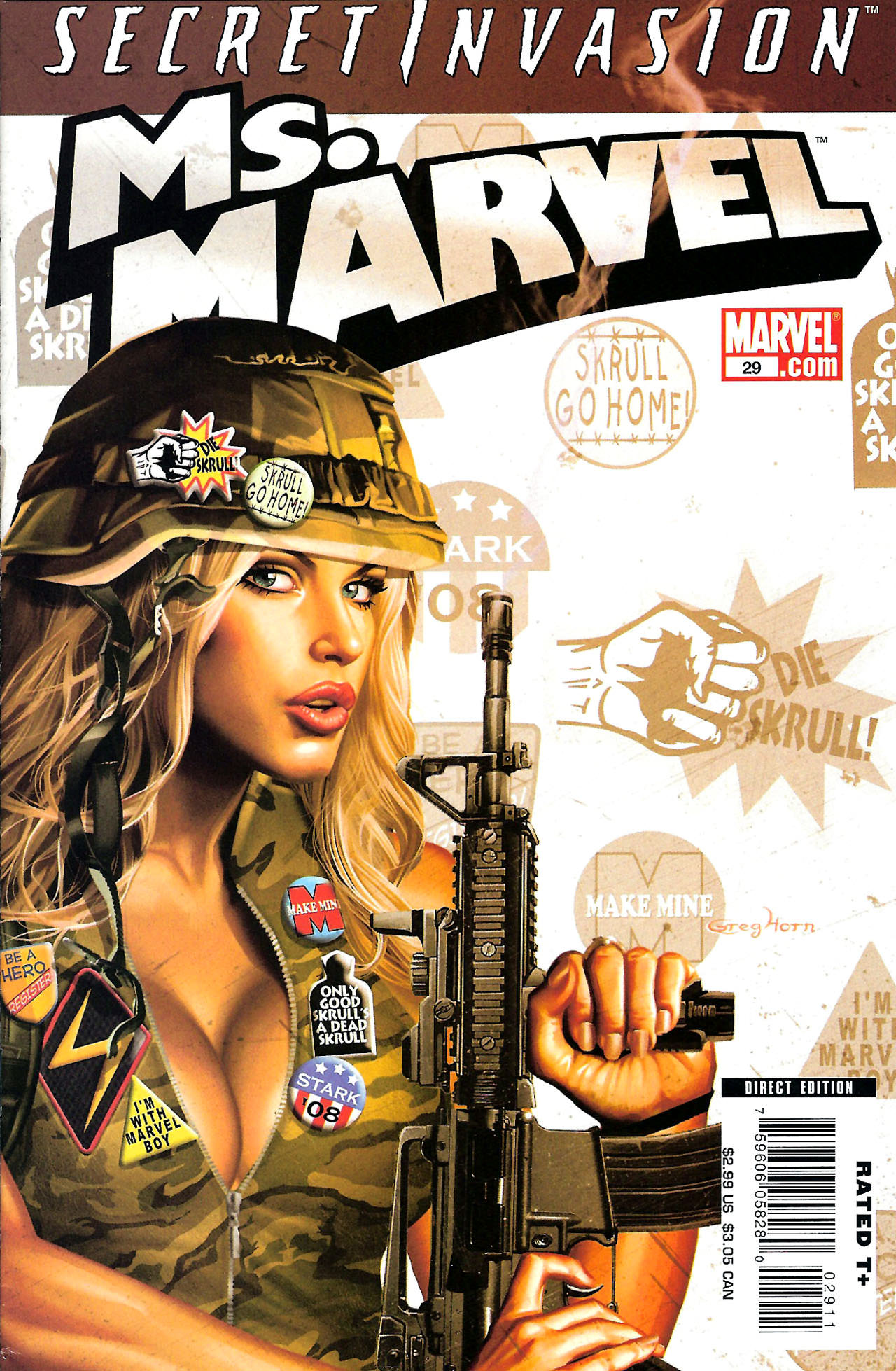 
What could be better for SKRULLtember than some amazing art by Greg Horn.

Artist Greg Horn did a lot of work for Secret Invasion.  First he worked heavily on the "Who do you Trust" promo posters that depicted many of Earth's mightiest heroes as Skrulls.  He also did a series of awesome Ms Marvel covers.  These are Ms Marvel back in the days that Carol Danvers was using that name as opposed to Captain Marvel.


Greg Horn is best known for his artwork on MARVEL COMIC’s titles ELEKTRA, EMMA FROST, MS MARVEL and SHE-HULK. He is currently working with The Walt Disney Company on their Top 10 Apple iTunes game app, MARVEL: WAR OF HEROES. Greg’s acclaimed work in comic books has opened up fantastic opportunities in many different art industries outside of comics. He has worked on more than 20 high profile projects in advertising including the official poster art for the UNITED STATES OLYMPIC BASKETBALL TEAM which played in Athens, Greece. Magazine illustration has been a long time staple of Greg's career. During one 5-year stint, he was assigned over 60 covers (an incredible average of 1 cover every month for five years straight!) Horn has also made his mark in the video game industry as a freelance digital illustrator, artist, and designer, working on high-detailed, packaging art design, print advertising, promotional art for posters, and point of purchase. Greg Horn has been a fan favorite cover artist for Marvel Comics since 2001, winning Wizard Fan Award’s Best Painter of the Year. He has also been acknowledged by Spectrum with 7 entries in their annual publications showcasing “the Best in Contemporary Fantasy art”. In February 2007, Horn received his highest recognition with an induction into the prestigious SOCIETY OF ILLUSTRATORS along with illustration legends Neal Adams, Basil Gagos, and (Greg's hero) Michael Golden!

The Covers are amazing.  Fest your eyes on these.  The Covers are very different.  One has Carol with a Skrull face drawing parallels to Greg's Who do you Trust Promo Posters.  There are also ones of Carol steeped in action against Skrulls and a few that show Carol with some battle damage.  I put Greg's covers up among the top of all Captain Marvel and Ms Marvel covers.  They are just that good. 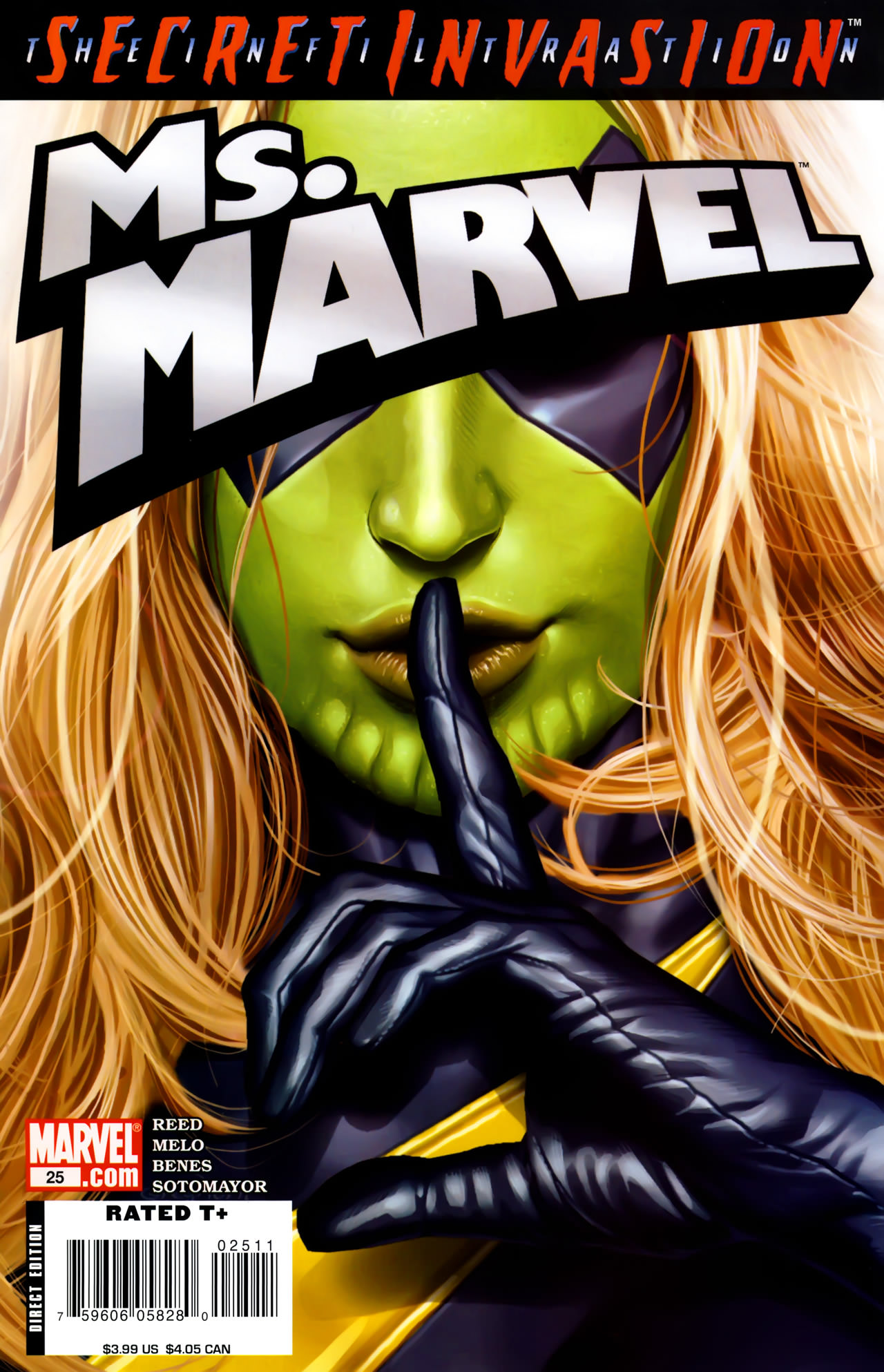 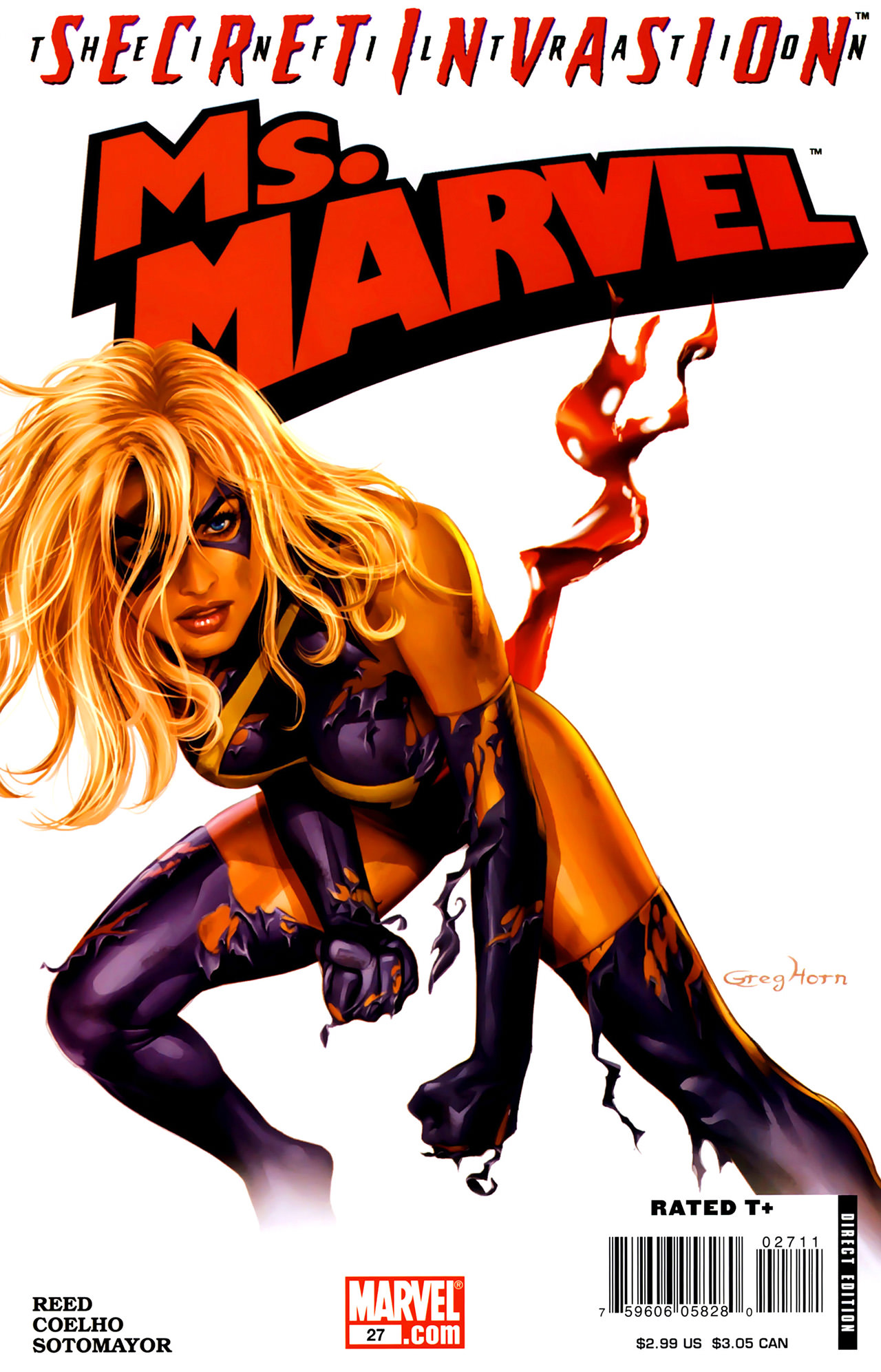 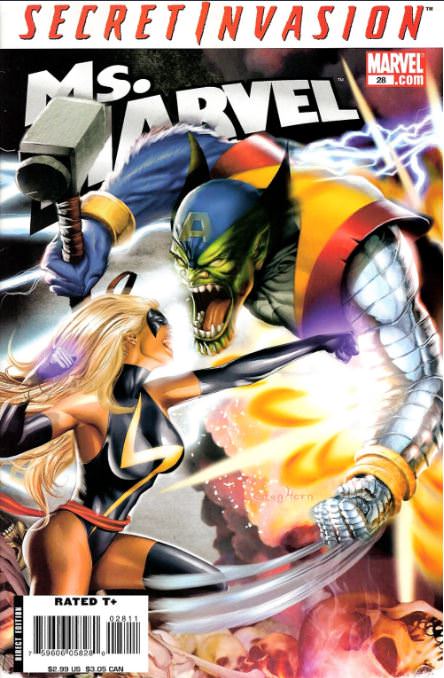 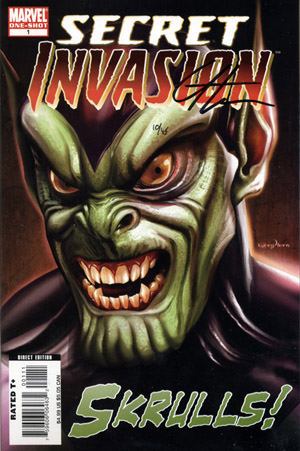 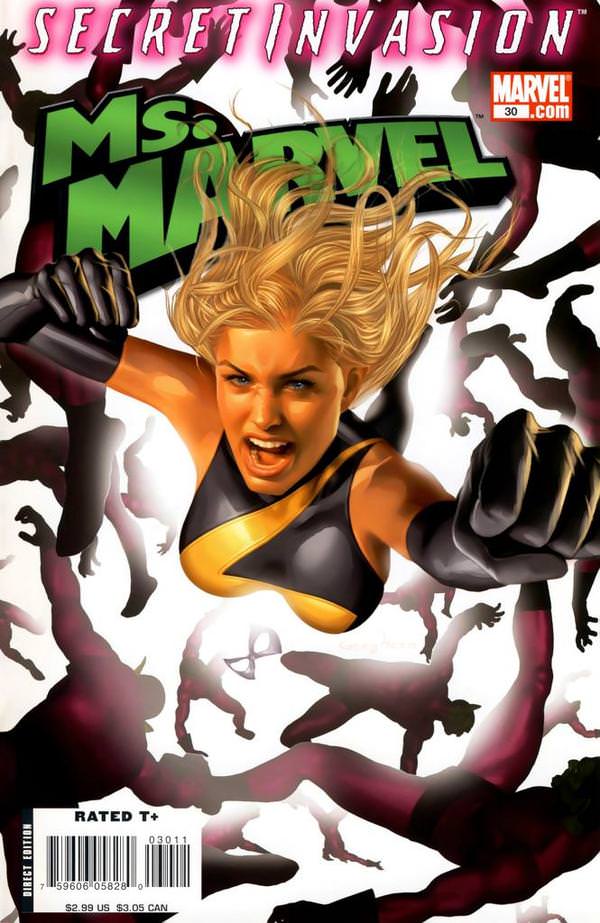 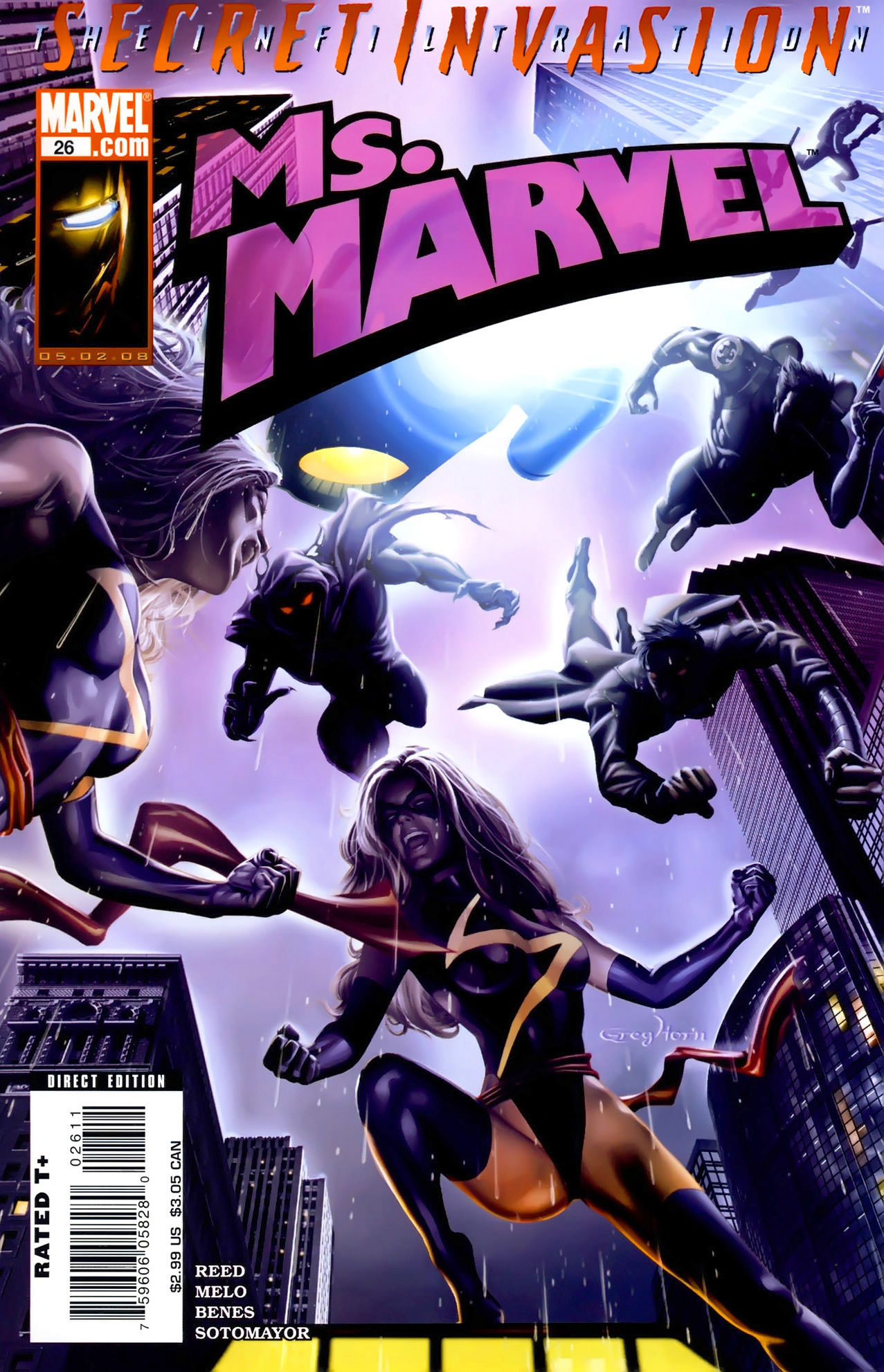