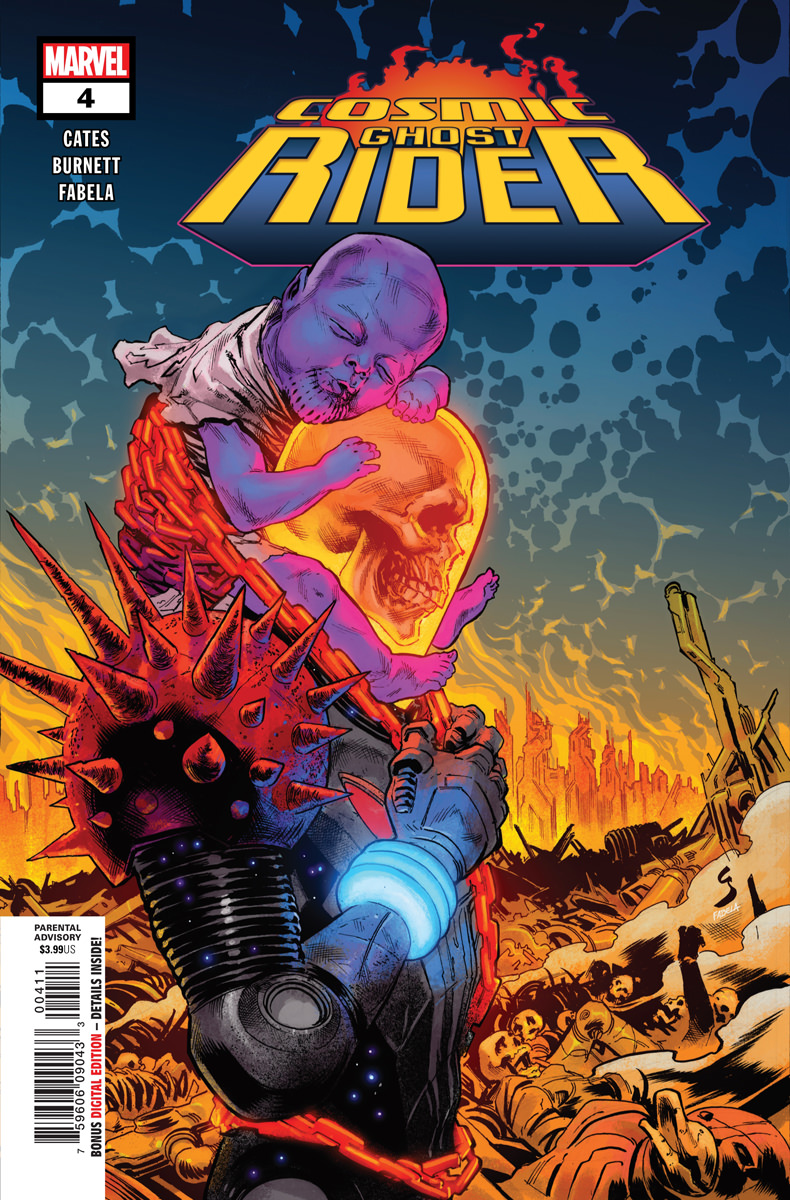 Now the cosmos has a new Punisher......Thanos!?!  The Cosmic Ghost Rider has descided to make ammends but he has drastically altered time and Thanos.

COSMIC GHOST RIDER #4 (of 5)
DONNY CATES (W) • DYLAN BURNETT (A)
Cover by GEOFF SHAW
Variant Cover by SUPERLOG
Marvel Battle Lines Variant Cover by MAXX LIM
The Rider is determined to save the universe by ridding it of the greatest threat that ever existed…and that’s why he’s kidnapped Thanos to raise him right! How’s that gonna work out? He’s about to learn.
32 PGS./Rated T+ …$3.99 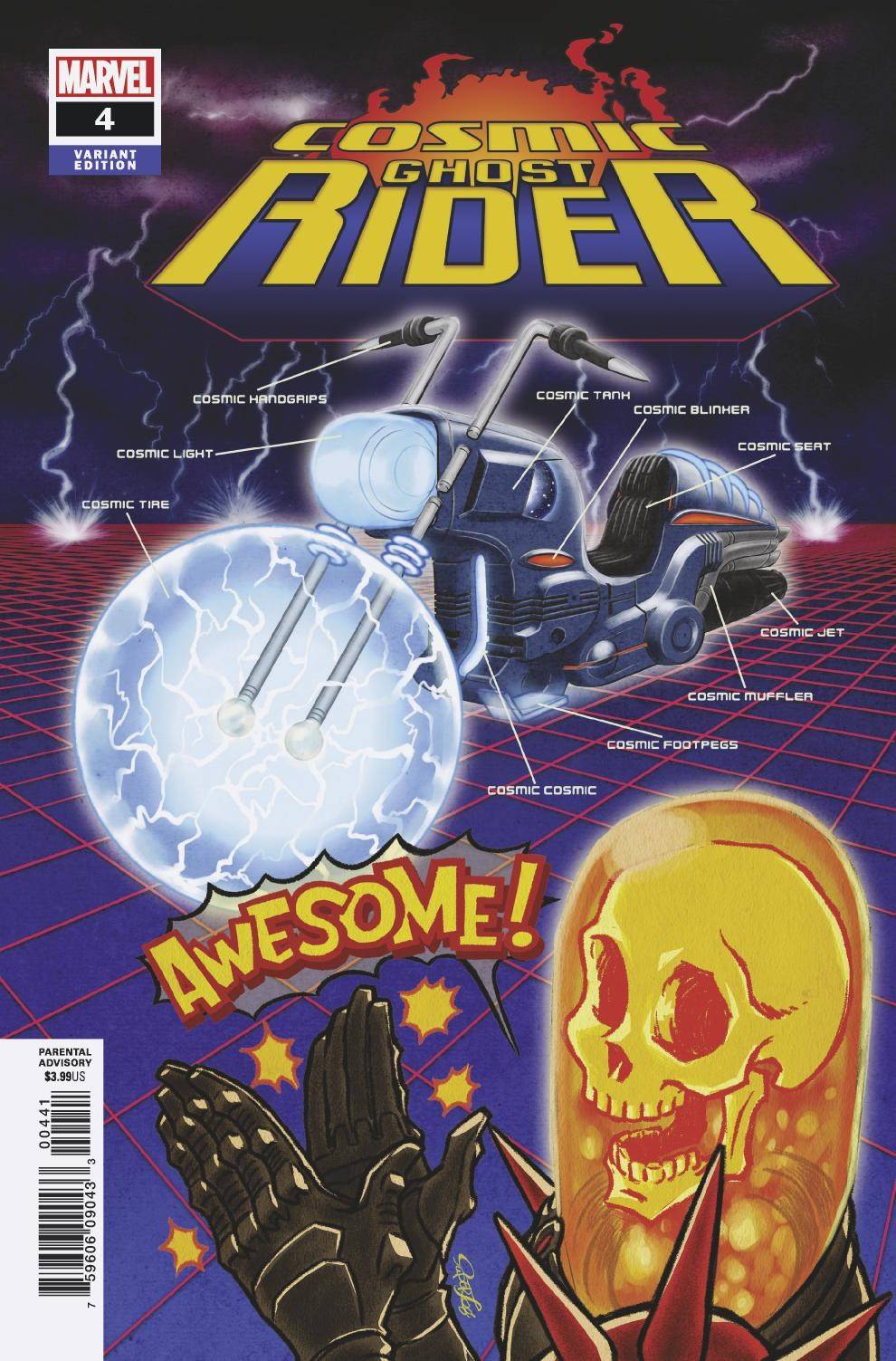 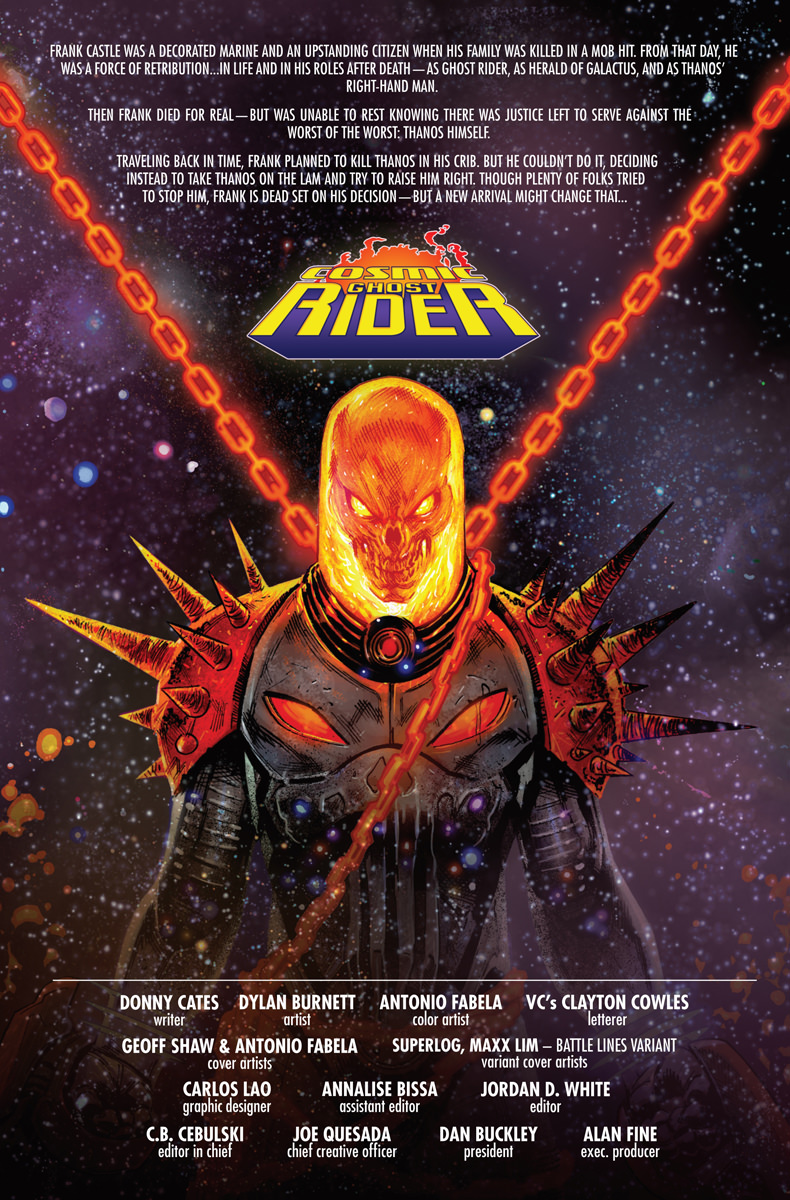 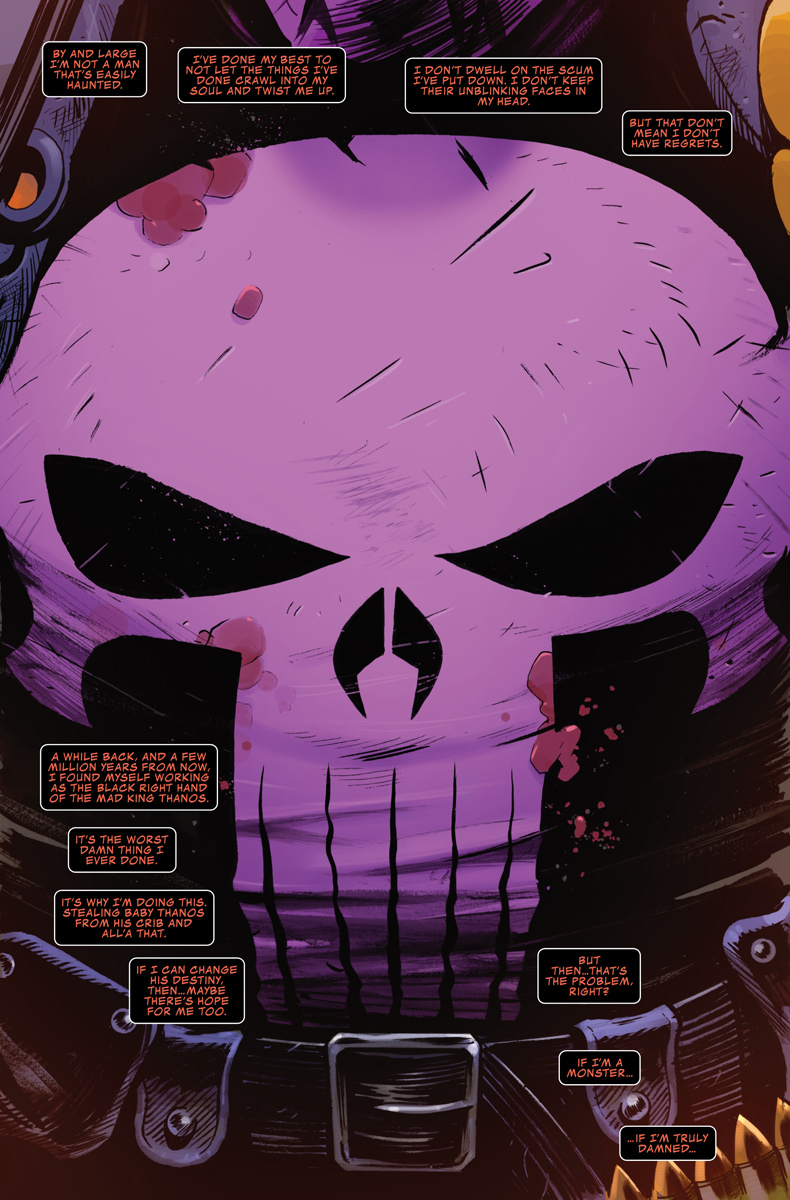 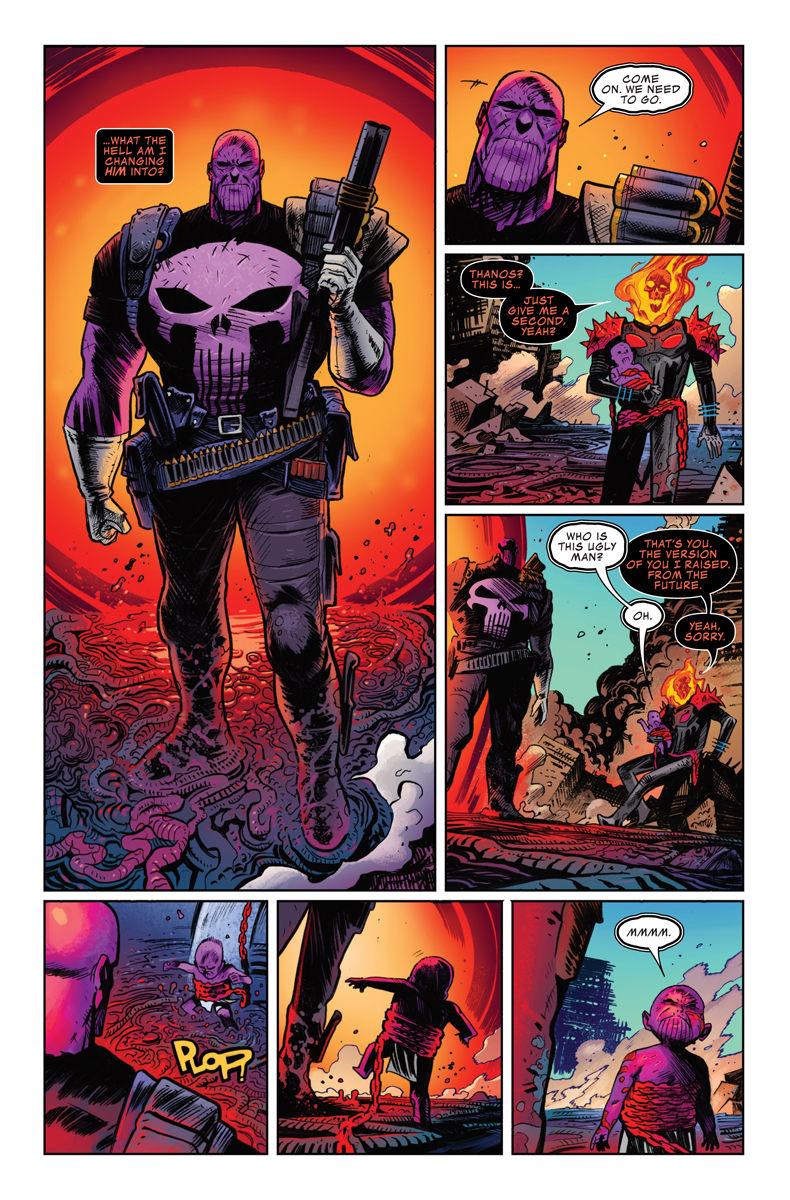 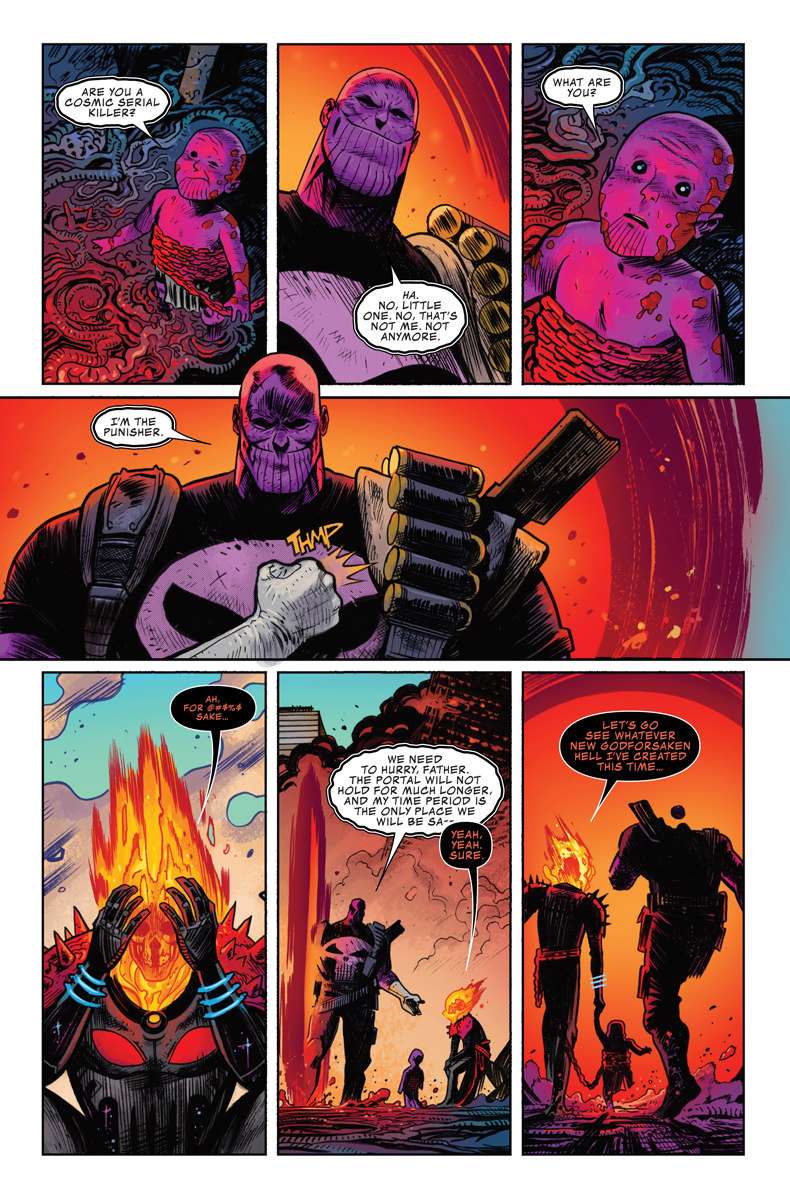