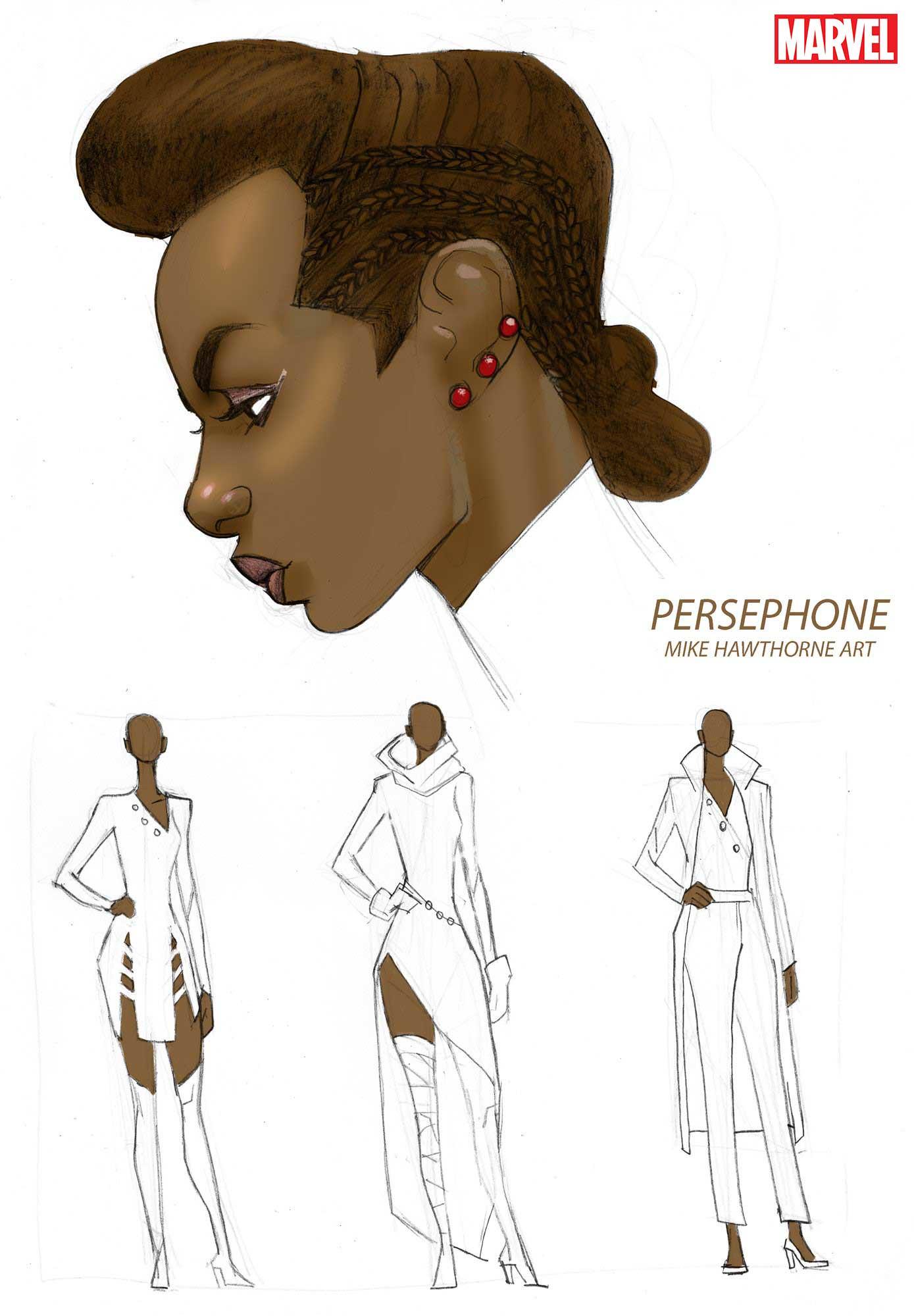 
Marvel has revealed the main villain that Wolverine will be facing in the series Return of Wolverine.  This will aims to be the series that returns the X-Man back into the Marvel universe since his death in 2014.   Wolverine was revealed to be alive and in possession of an infinity stone in Marvel Legacy #1 last year.  Since then there have been a variety of mini series delving into the mystery of how he has returned from the dead.   The villain that he is going to face is a character called Peresephone and she was designed by artist Mike Hawthorne.    Persephone is set to appear in Return of Wolverine #1.

The villain of Return of Wolverine is a new character named Persephone, designed by @MikeHawthorne. I asked for a look inspired by 70s sci-fi, very fashionable, all confidence and sweeping grace. This is what we got, and did he ever nail it. pic.twitter.com/NNYj2xrJEq
— Charles Soule (@CharlesSoule) August 20, 2018


My job is pretty cool.

Thanks to Charles, Jordan, and the gang for having me! Extra shout out to @annalisebissa for her input on the boots 😊🙏 https://t.co/8MyGpgCQZp
— Mike Hawthorne (@MikeHawthorne) August 20, 2018 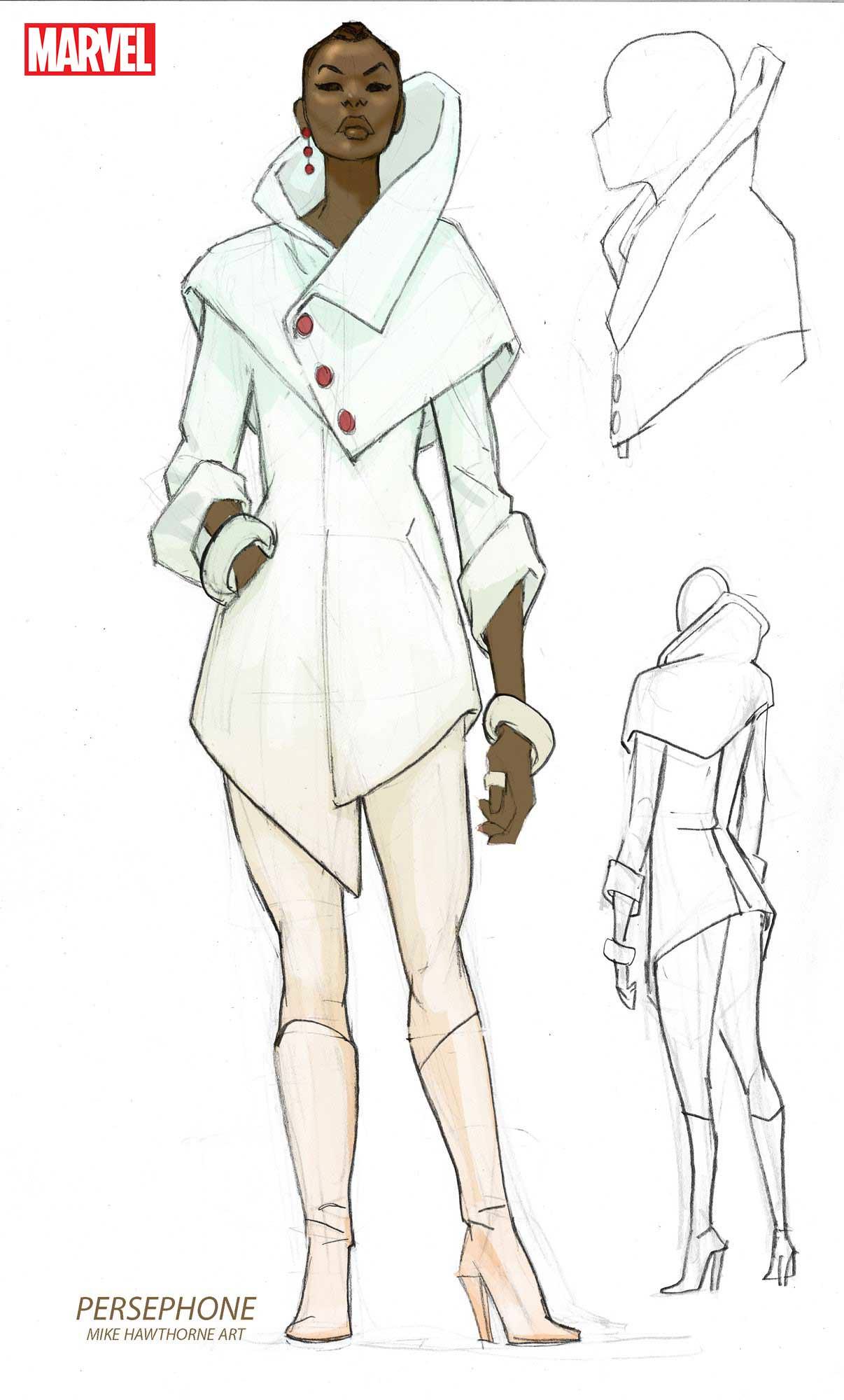 Wolverine has returned from the dead and the means of how that occured are not clear.  In myth Persephone is a goddess tied both to a cycle of death and rebirth.  It seem likely that these elements will play a part in this character though how exactly are still not clear.


Persephone was the Queen of the Dead.  Technically she was abducted by Hades and forced to serve as his queen.  She was also a goddess of vegetation and she was effectively allowed to return to Earth at which time vegetation would spring up, but then be forced back to serve Hades in the underworld at which time Winter would come.  In Wikipedia the Persephone is described as:

Persephone (/pərˈsɛfəni/; Greek: Περσεφόνη), also called Kore (/ˈkɔːriː/; "the maiden"), is the daughter of Zeus and Demeter and is the queen of the underworld. Homer describes her as the formidable, venerable majestic princess of the underworld, who carries into effect the curses of men upon the souls of the dead. Persephone was married to Hades, the god of the underworld.[1] The myth of her abduction represents her function as the personification of vegetation, which shoots forth in spring and withdraws into the earth after harvest; hence, she is also associated with spring as well as the fertility of vegetation.

You may also recall that Persephone was a character in Matrix reloaded where she played the Queen of the Underworld as the consort of the bad Merovingian.  In that film she eventually helped the heroes escape from the Merovingian.  Her character was played by actress Monica Bellucci. While the version of Persephone in the Matrix was ultimately benevolent I don't believe that will be the case of the one that Wolverine is going to face off against.


You very likely remember the Matrix version of Persephone.  She was one of the more flamboyantly dressed characters in a film where almost everyone wore black and gray all the time.


We will continue to follow this story and update it as we gain more information!

Email ThisBlogThis!Share to TwitterShare to FacebookShare to Pinterest
Labels: #Marvel, #MarvelVillains, #ReturnofWolverine, #Wolverine, Some of Wolverine's new villains are more cool than his classic ones