Who is Lydia on the Walking Dead? 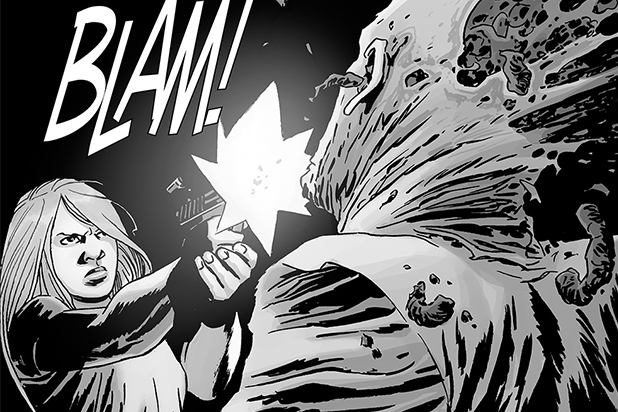 Lydia is the daughter of the leader of the group known as the Whisperers in the Walking Dead comics.  She has not yet appeared in the television series.  Lydia has a romantic relationship with Carl in the Walking Dead comics.  According to the Hollywood Reporter, actress Cassady McClincy has been cast in the role of Lydia season 9 (More on this below).

Quote:
"I'm not lying to you. Don't lie to yourself. We can still... spend time together, but I don't want you to think its something it isn't. I'm sorry" Lydia to Carl Grimes
Lydia News:
The All Things Walking Dead HQ


Walking Dead Store:
Toylab is a member of Amazon Affiliate Program and so we can awesome deals like the ones below shambling your way. 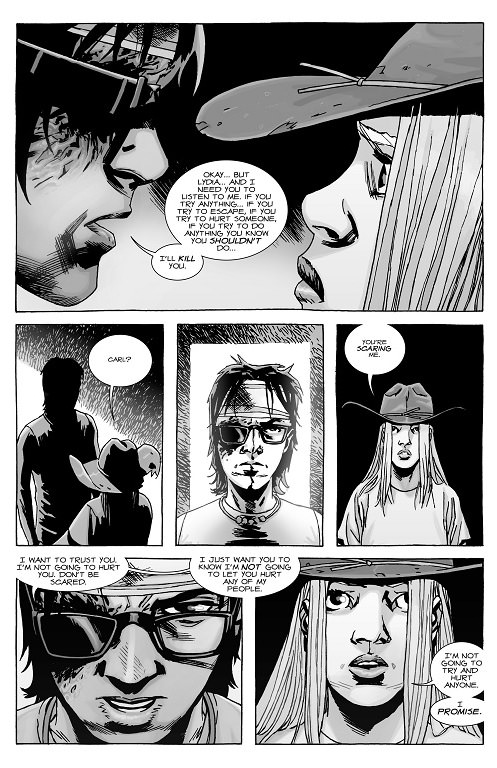 The life of Lydia prior to the zombie apocalypse is mysterious.  She is the daughter of the Alpha the leader of the Whispers.  Some theorize that Alpha was highly educated like a psychologist prior to the apocalypse.  Alpha begins to lead a group of survivors toward living in a unique and extreme way to deal with the zombie apocalypse.  The Whisperers as they come to be called where suits of dead human flesh and act in a more animalistic way.  The Whispers develop a might makes right and only the strong survive mentality.  While Lydia was the daughter of the leader she does not seem to have been given any special protections from other Whisper members.  Like other members of the group she seem to have been raped and abused by violence as part of their might makes right philosophy.

The Whispers are able to live and utilize a large herd of zombies as a home and weapon.  They are able to use this herd to subjugate and slaughter other survivor groups.  They are a very powerful group when they run into the Communities united behind Rick Grimes.  When these groups meet there is a battle that claims lives on both sides.  During the struggle Lydia is captured and brought to the Hilltop Community.

Lydia is imprisoned in the community and is interrogated by Jesus.  He learns from Lydia about how the Whispers live among the dead.  He reports this back to Maggie and they become worried about this new bizarre threat they have come across.

While feared by most of the community Lydia forms a strong connection with Carl Grimes.  Carl Grimes is put into prison for hitting boys of the Hilltop community over the head with a shovel after they attempted to rape Sophia.  He then happens to be in a cell adjacent to Lydia.  After Carl is released when it is determined he acted in Self Defense he advocates for Lydia to be released.  Lydia cries threw the walls when talking to Carl that she misses being with the dead.  Maggie initially refuses to let Lydia go seeing her as a major threat.   Eventually, though Maggie relents and releasses to Lydia into the care of Carl.
Lydia sticks close to Carl and the two have a romantic encounter.  Carl is ashamed of the hole where the bullet struck his face and wear's glasses to cover the hole.  Lydia asks him about it and eventually he ashamedly shows her.   Lydia is entirely unphased by the hole and instead tells him "Its sexy".  This leads to Carl being less ashamed of his scar and increasingly covering it up less.

Shortly after this romantic encounter a large herd of walkers and the Whispers comes to Hilltop and demands that Lydia be handed over.  They offer to hand over the communities survivors for Lydia in a trade.  Lydia has now seen a different way of living and would rather stay with Carl in the community.  However, she also knows how dangerous her own people are.  Maggie the leader of the Hilltop agrees with the trade.  Against the protestations of Carl, Lydia is handed over to the Whispers.  Carl follows the Whispers and hopes to learn more about them and free Lydia.

Rick follows the Whispers with a force of his own from the communities to demand that his son be released.  There he confronts Alpha and the two debate their different philosophies and neither give ground to the other.  However, when Rick mentions the rapes occurring in the Whispers and how Alpha has allowed her own daughter to be raped Lydia cries out in anguish.  Alpha sees anguish of her daughter as a sign of weakness and decides to let her go with Rick to live among the weak communities.  Alpha coldly says that she hopes that Lydia will grow stronger away from the Whispers.

While traveling back to the community, Rick and the others discover stakes in the ground with heads of captured members of their community.  The stakes are brutal way of laying out a boundary between their community and the lands of the Whispers.  Michone conftonts Lydia and draws her sword on her demanding to know if she knew about the heads on border.  The loss of the survivors now makes Lydia's presence in Alexandria uneasy and Rick seeks to send her to Hilltop where he hopes she will be more safe. Andrea and Carl escort Lydia to Hilltop.  At Hilltop Andrea accidentally walks in on Carl and Lydia having sex, while bewildered she does intervene. 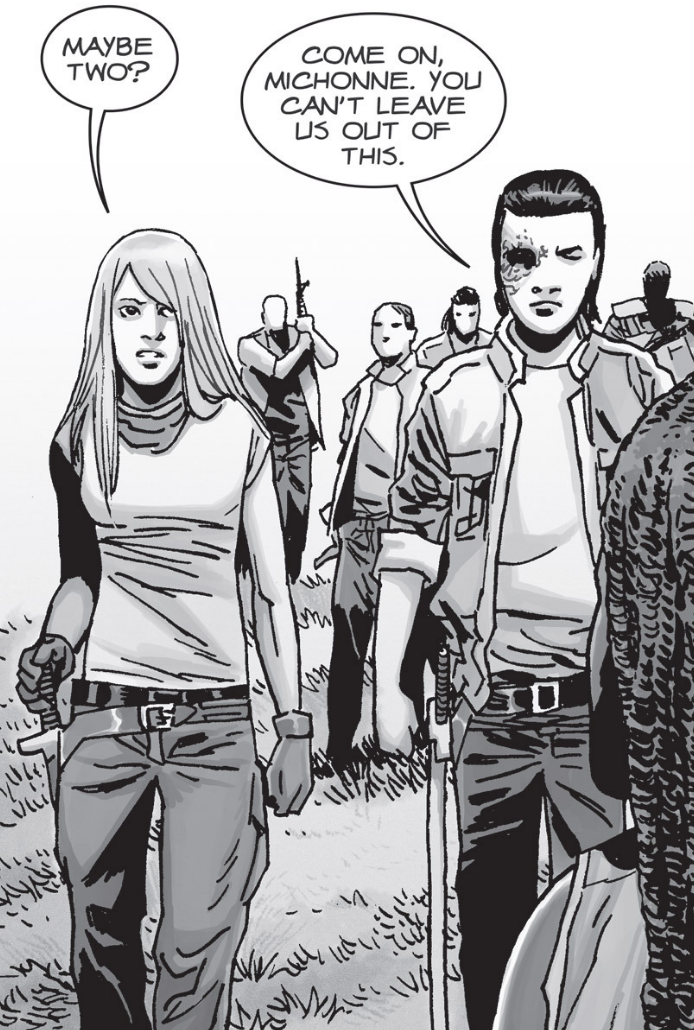 Negan escapes and lives among the Whisperers for a short time.  There he claims to be infatuated with Alpha much to her consternation.  Seeing the rapes in the Whisper camp horrifies Negan and after a short discussion on philosophy he cuts off Alpha's head.  He then brings the head with him back to the communities.

Beta and the other Whisperers find the headless corpse of Alpha and quickly put 2 and 2 together that Negan killed her.  One of the Whisperers comments that Negan is not there to claim the mantle of Alpha.  Beta says that he would never have allowed that in the first place and that no one should ever have that mantle again.  He leads the Whispers to war in an attempt to "Kill everyone".  The Whispers then begin to move their herds to attack Hilltop.

At Hilltop on the eve of war, Lydia warns Michonne and the others that the Whispers are definetly going to attack.  She says her mother would look weak if she did not attack.  Later on while on patrol with Carl she tells him that she is not in love with him.  She says they can still spend time together but what they have is not love.  She leaves a saddened Carl at his guard post.

Hilltop is attacked a Whisper soldier finds Lydia.  He tells her that her mother is dead and that she must come back home.  Lydia tells the Whisper soldier that Hilltop is now her home and then proceeds to decapitate him.  After the attack she is found despondent by Carl.  She tells him that he would hate her if he knew the things she had done.  He comforts her and tells her that his own people have also done horrible things to survive.  At this comment she smiles and hugs him.

Lydia been cast for Walking Dead? 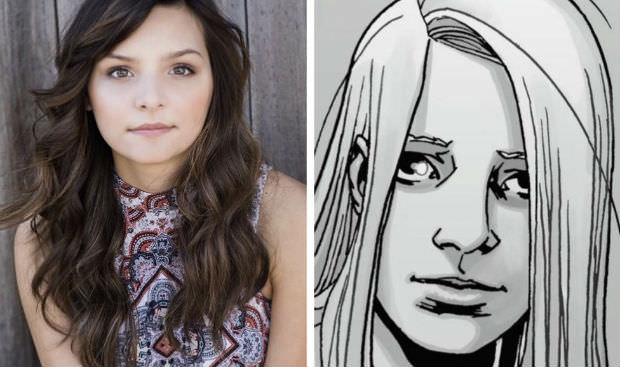 The Whisperers are the main antagonists of Season 9 of the Walking Dead.

According to the Hollywood Reporter, actress Cassady McClincy has been cast in the role of Lydia season 9.


Pictures of Lydia from Season 9: 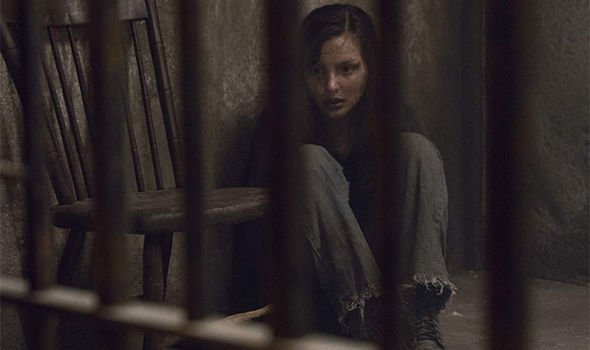 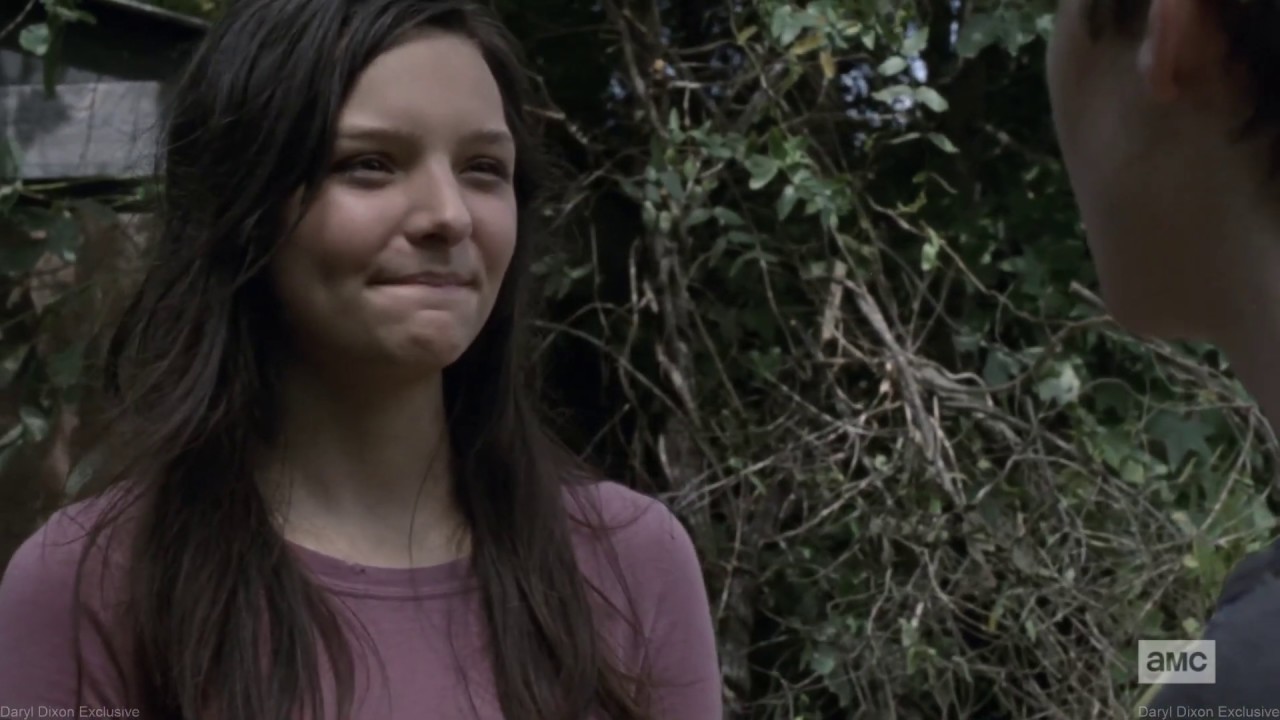 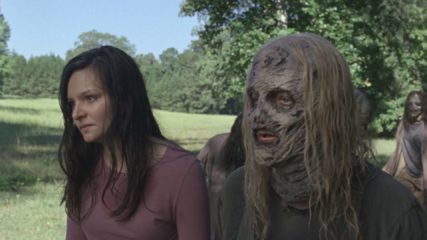