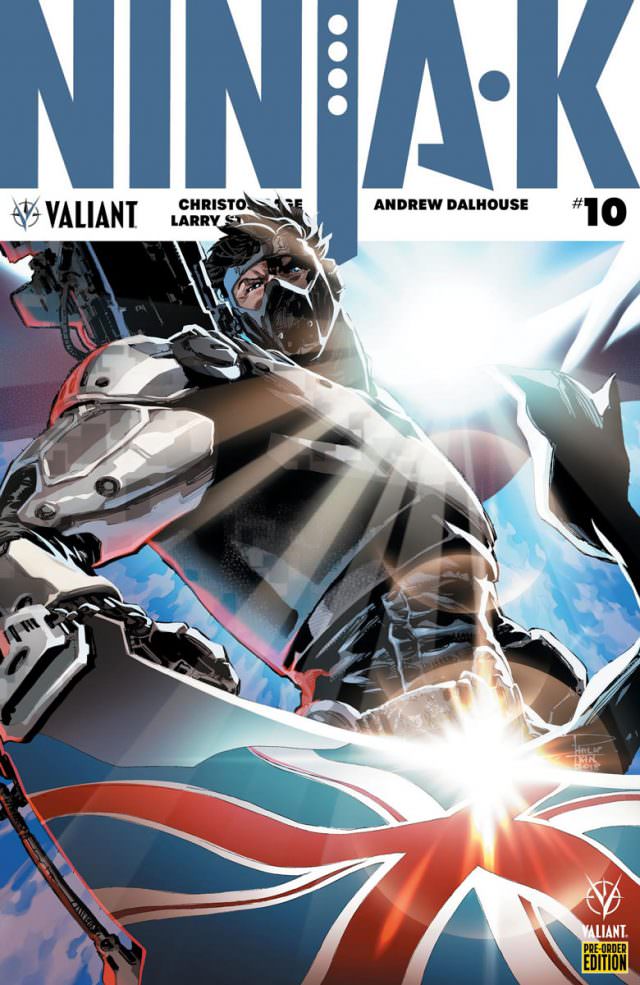 As first revealed at Comicbook.com, Valiant is proud to announce the next harrowing undertaking in its critically acclaimed super-spy thriller – “FALLOUT,” beginning in NINJA-K #11! On September 12th, visceral artist Roberto de la Torre (THE DEATH-DEFYING DOCTOR MIRAGE) joins acclaimed writer Christos Gage (Netflix’s Daredevil) for a daring chase that will take Ninjak on a dangerous manhunt through the farthest reaches of the globe!

The Coalition may have been defeated…but the mission’s not over yet! Now, Ninjak must use all the super-spy skills at his disposal to save Gilad from the clutches of his friend’s erstwhile nemesis, the Dying One. But stopping an immortal genius – especially one armed with the full might of the Eternal Warrior – is a fight that not even MI6’s best and brightest secret agent can prepare for!

But first: In Margaret Thatcher’s Britain, meet the future of espionage – the hard-hitting, brutalizing super-spy codenamed Ninja-H – in NINJA-K#10, out in stores August 15th!

The Cold War is in full swing and the United Kingdom’s top-secret intelligence unit has come to a crossroads. As their once-elite collection of secret agents finds itself outmatched by the escalation of the United States’ H.A.R.D. Corps division, the spymasters of MI6 are about to develop a new kind of soldier for their never-ending war of global gamesmanship and international intrigue. Part man, part machine, and bound together with the most extreme technological enhancements that the 1980s have to offer, NINJA-H is faster, stronger, and deadlier than any who have come before…

Plus: Don’t miss your opportunity to reserve the next five 40-page, massively expanded editions of NINJA-K’s next thrilling story arc, “FALLOUT,” alongside a standalone story – with the NINJA-K #10-14 PRE-ORDER EDITION BUNDLE! Released monthly from August 2018 through December 2018, each PRE-ORDER EDITION comes packed with trade paperback-style extras and bonus content, including creator commentary, behind-the-scenes looks at the creation of the comics, process character designs and artwork, and first looks at upcoming issues – plus exclusive covers by Philip Tan (Uncanny X-Men) that can’t be found anywhere else!

The only way to obtain these exclusive items is to pre-order all five issues with your local comic shop by the final order cut-off date of July 23rd, 2018! No more copies will be made available beyond that date and subsequent issues will not be offered in later solicitations! 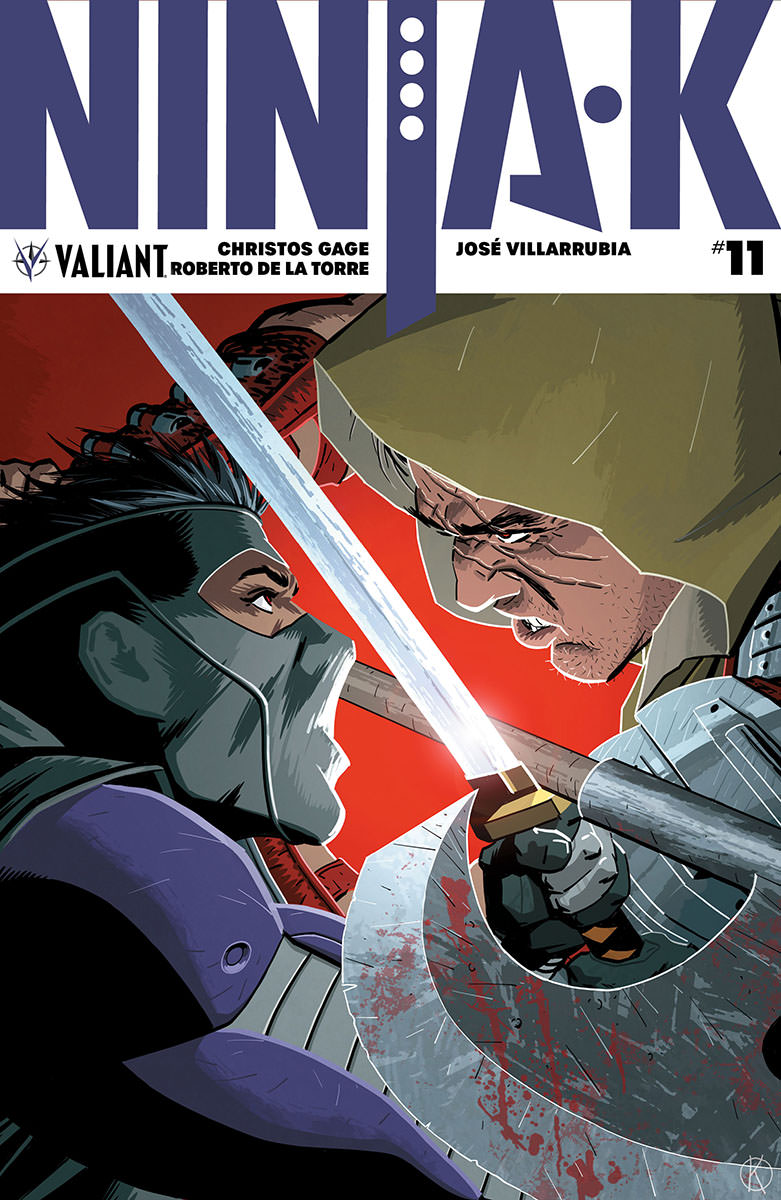 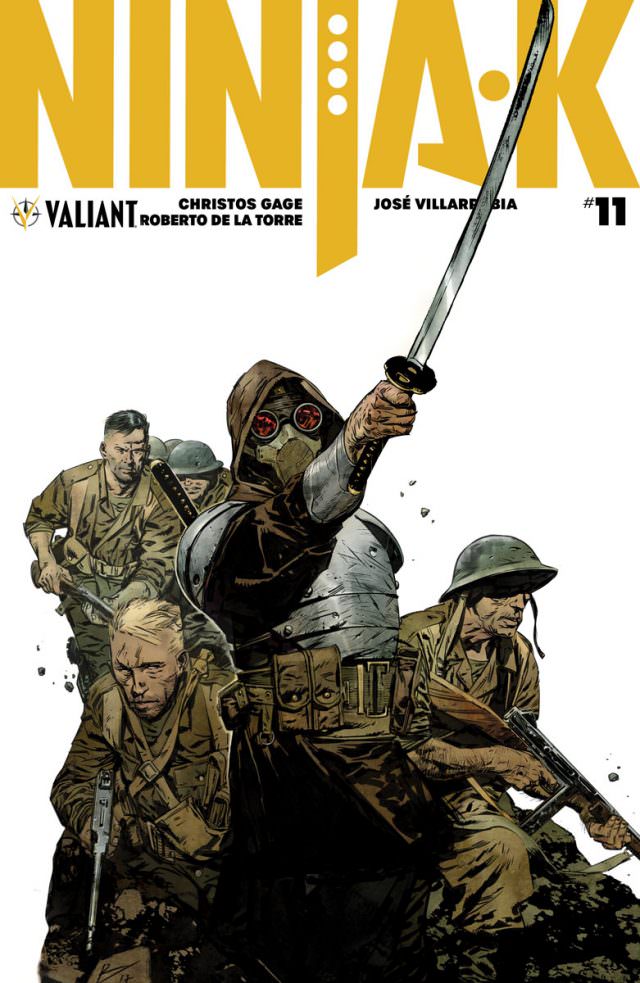 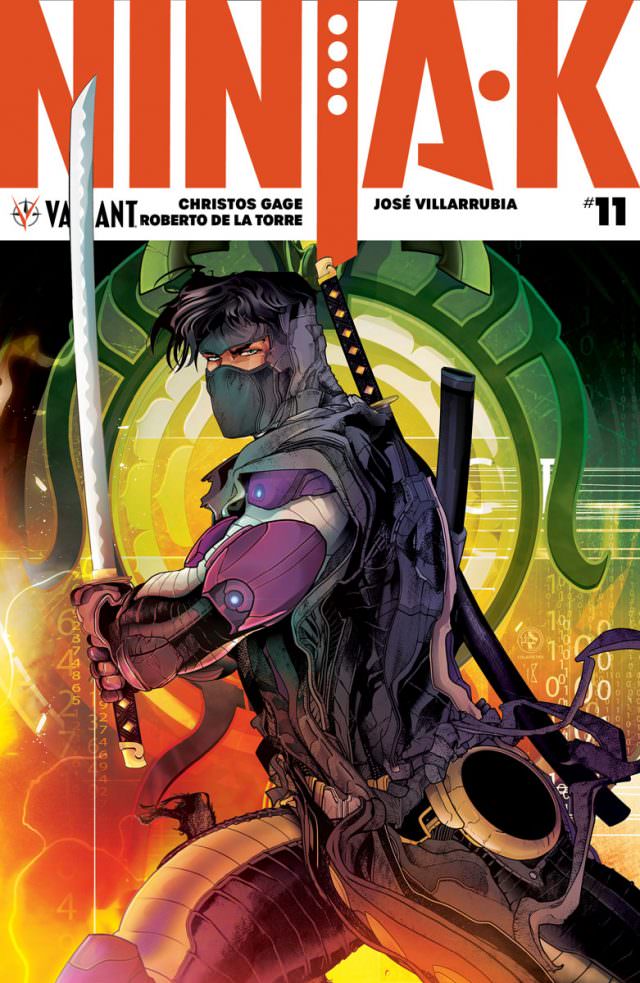 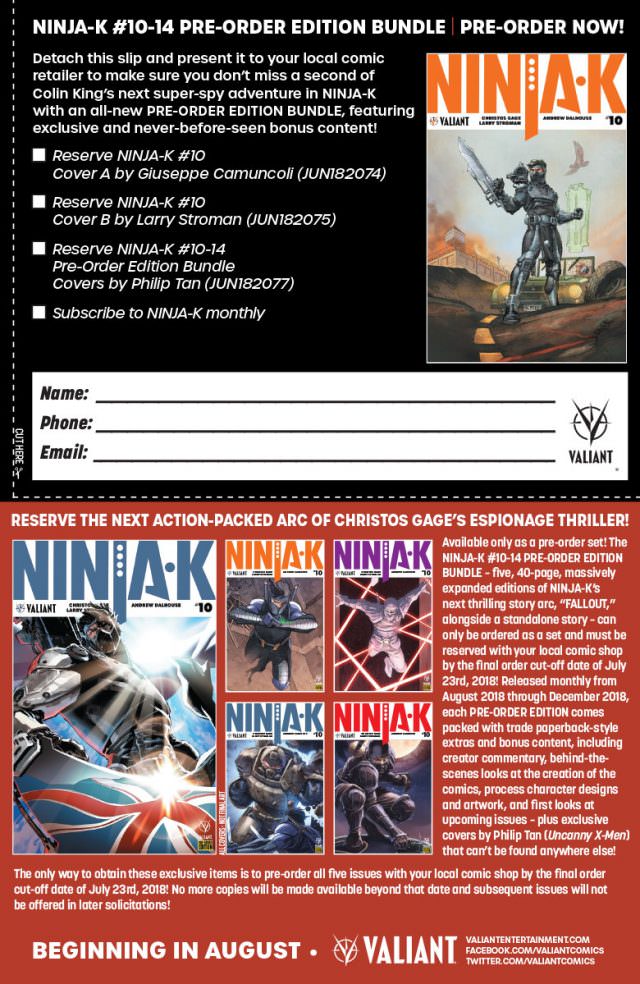