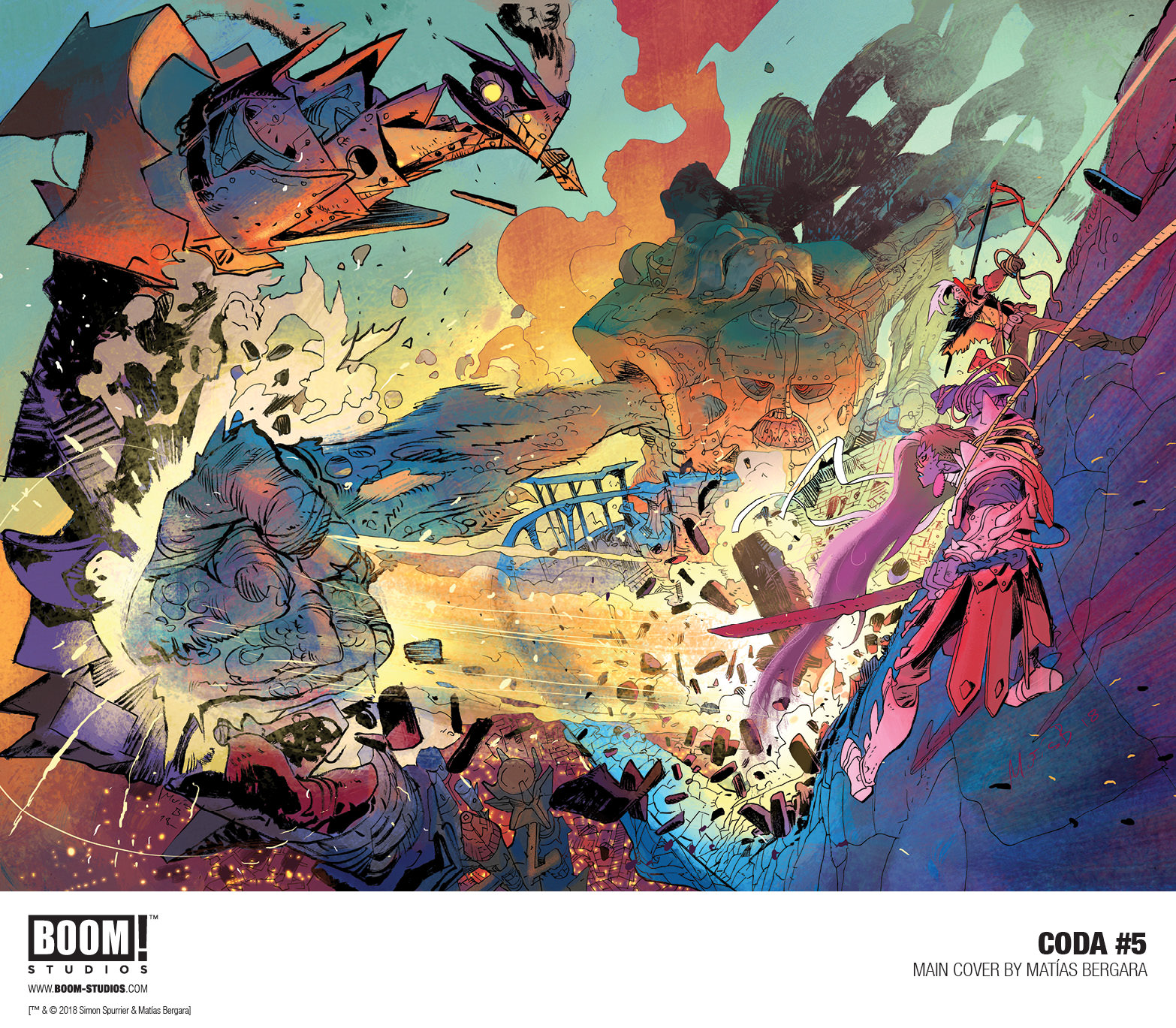 Coda has been a monster hit for BOOM!.  The bloggers of Toylab love this series and we are not alone.  The sword and sorcery comic has really made a name of itself in comic stores in a short amount of time.  We now have a look at the upcoming 5th issue of Coda. 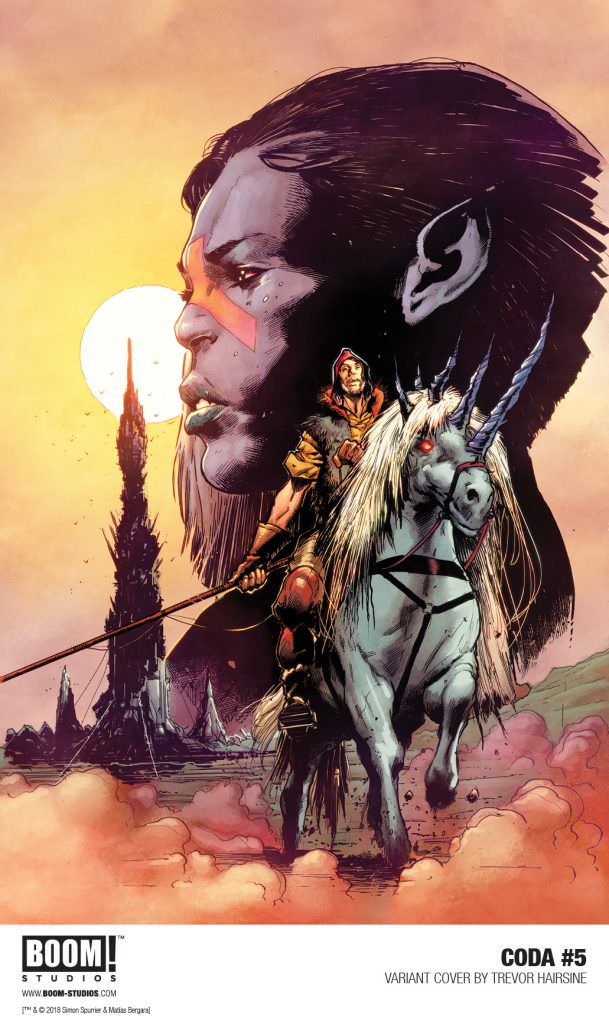 
“…BOOM! Studios has a hit on their hands” – ComicBook.com
“…a modern fairy tale for our world as it is today” – Multiversity Comics

BOOM! Studios today unveiled a first look at CODA #5, the newest chapter of the critically-acclaimed broken fantasy epic from Eisner-nominated writer Simon Spurrier (Sandman, The Spire) and Matías Bergara (Cannibal, Supergirl), on-sale in September. Also arriving in stores the same day will be CODA VOL.1 DISCOVER NOW EDITION, a limited edition comic-shop exclusive collection featuring the first four issues of the series, with an MSRP of $9.99.

This all-new series, which sold out at a distributor level before the release of the first issue, reveals the aftermath of an apocalypse which wiped out nearly all magic from a once-wondrous fantasy world, in which an antisocial former bard named Hum seeks a way to save the soul of his wife with nothing but a foul-tempered mutant unicorn and his wits to protect him…but is unwillingly drawn into a brutal power struggle which will decide forever who rules the weird wasteland.

In CODA #5, featuring a main wraparound cover by Bergara, along with a variant cover by Trevor Hairsine (Mighty Morphin Power Rangers: Shattered Grid), Hum and Serka must set out to infiltrate the bandit city of Thundervale to investigate the existence of a supposed surviving Wihtlord…the dark beings that set about the apocalypse.

“CODA #5 kicks off a brand-new arc of the epic series, and with the simultaneous release of CODA VOL. 1 DISCOVER NOW EDITION there’s no better time to get caught up on Hum’s misadventures,” said Eric Harburn, Senior Editor, BOOM! Studios. 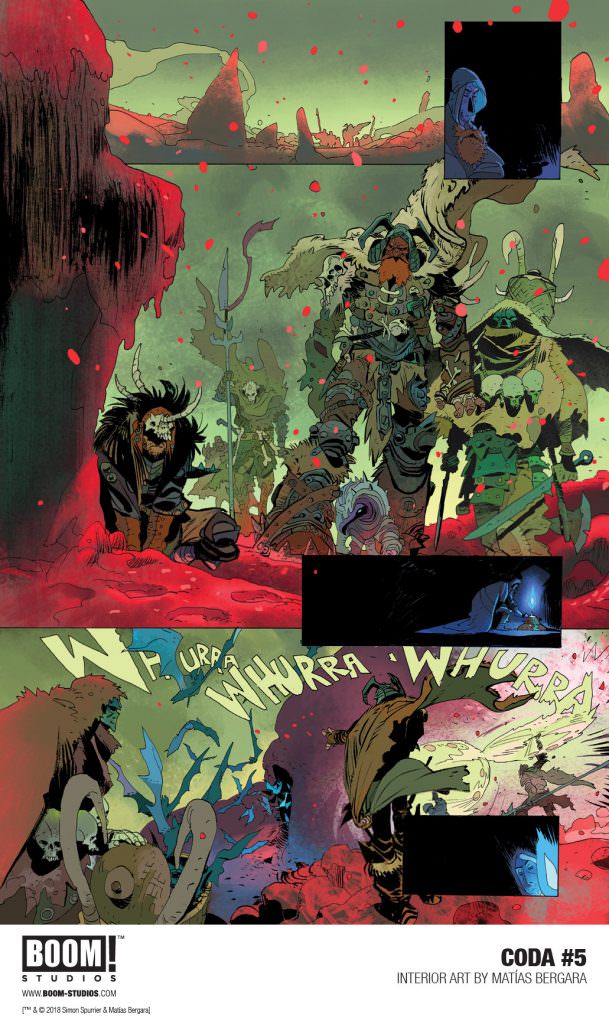 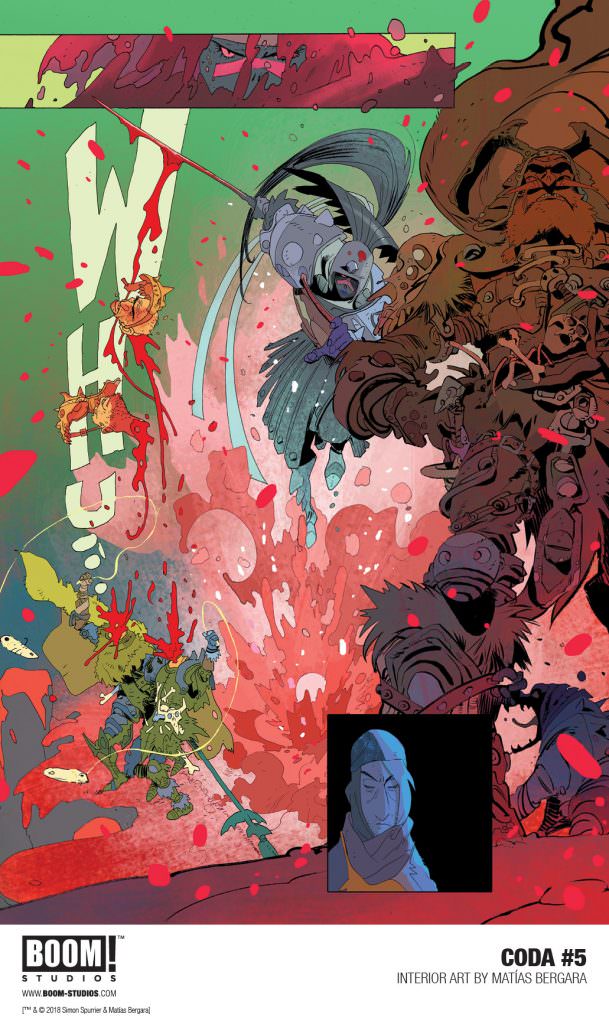 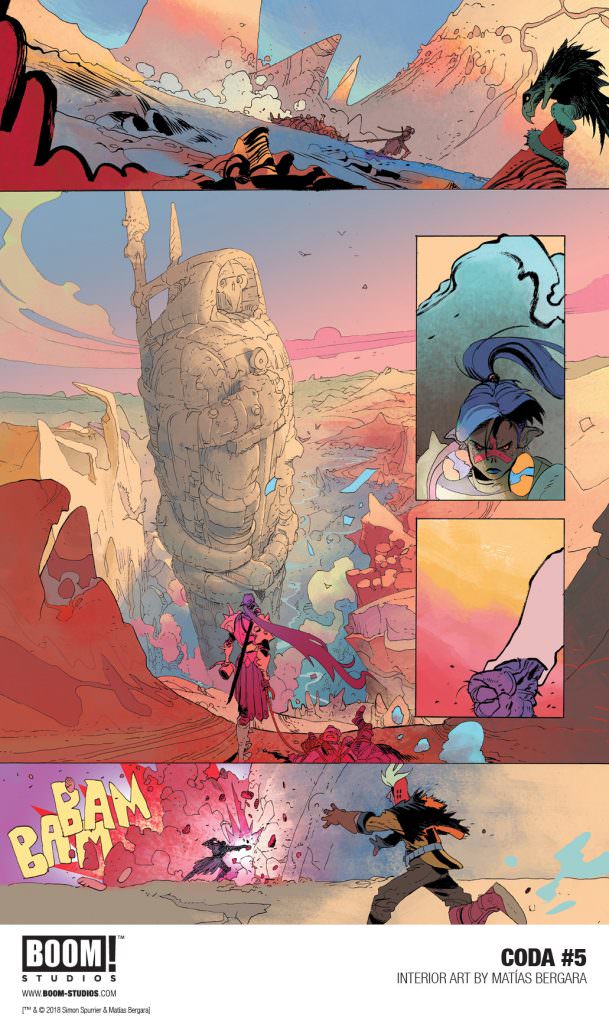 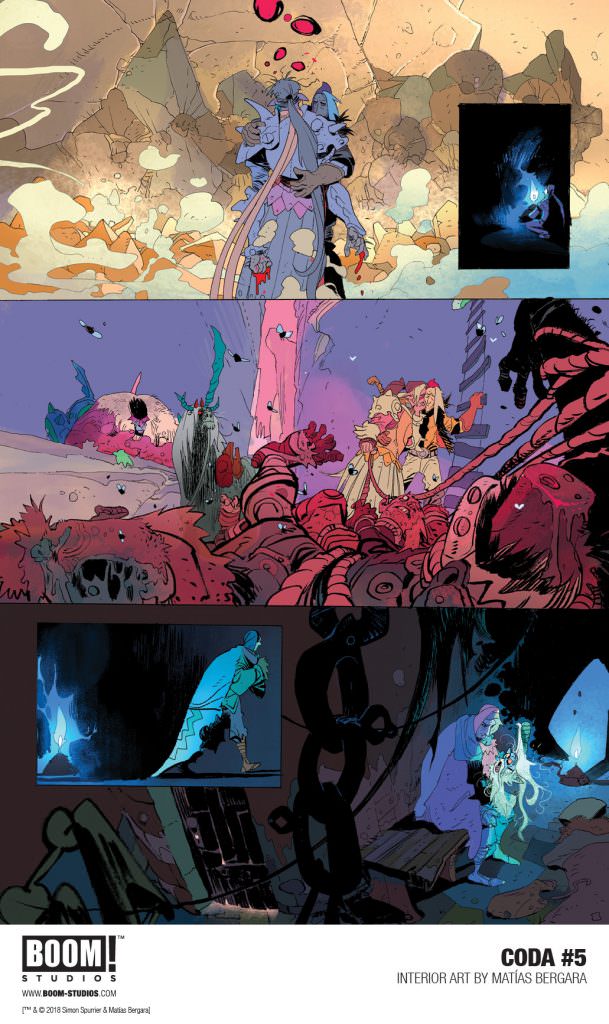 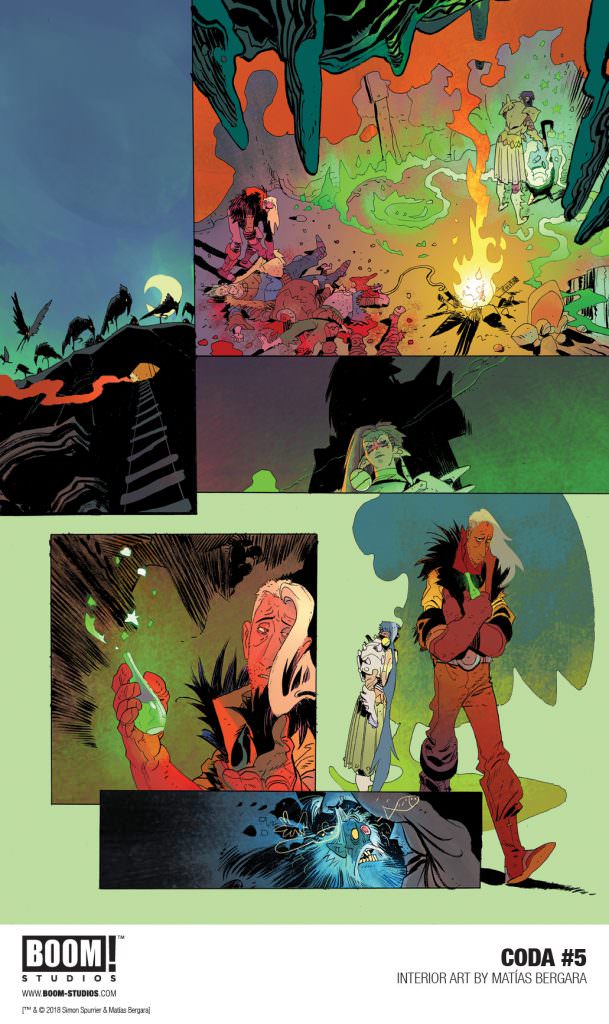