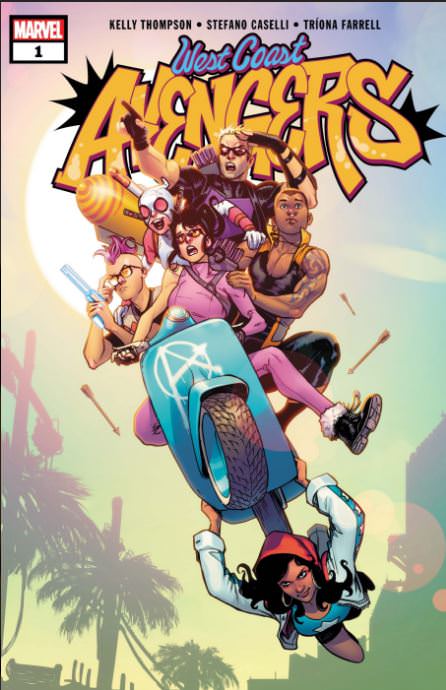 I am really biased here.  I grew up on West Coast Avengers and reading the Wackos as they called themselves and I was really happy to see Marvel was going to bring back the team.  However, often times these likes this disapoint.  Lets face it, its hard to get the same feeling from something new as you did while reading it as a kid.  Is the spot I am supposed to insert metaphor about Star Wars the Last Jedi?  Nah I'll just say yeah that is a thing.

The other characters are America Chavez (The heavy hitter), Gwen Pool (The crazy creative), Kate Bishop (The reluctant leader), and the wild intellect of Kid Omega (The brain).  The team may actually be more powerful than the original incarnation of West Coast Avengers but is some how even more unstable.

The story by Kelly Thompson moves at a quick clip, takes time to have a lot of fun with its characters and is an excellent new beginning for the West Coast Avengers.

Get it before its gone, on shelves today Aug 22nd.


A NEW ERA DAWNS…AVENGERS ASSEMBLE! HAWKEYE (KATE BISHOP). HAWKEYE (CLINT BARTON). A guy named FUSE. Never have they ever been called “the big three” of...anything. And now here they are, reunited for, okay, well, it’s only the second time ever. Thank god they also brought AMERICA CHAVEZ, GWENPOOL and KID OMEGA. Wait. What? That’s right, it’s the new West Coast Avengers, son. And you better hope they can figure out how to save the world because BIG things are headed for the West Coast. 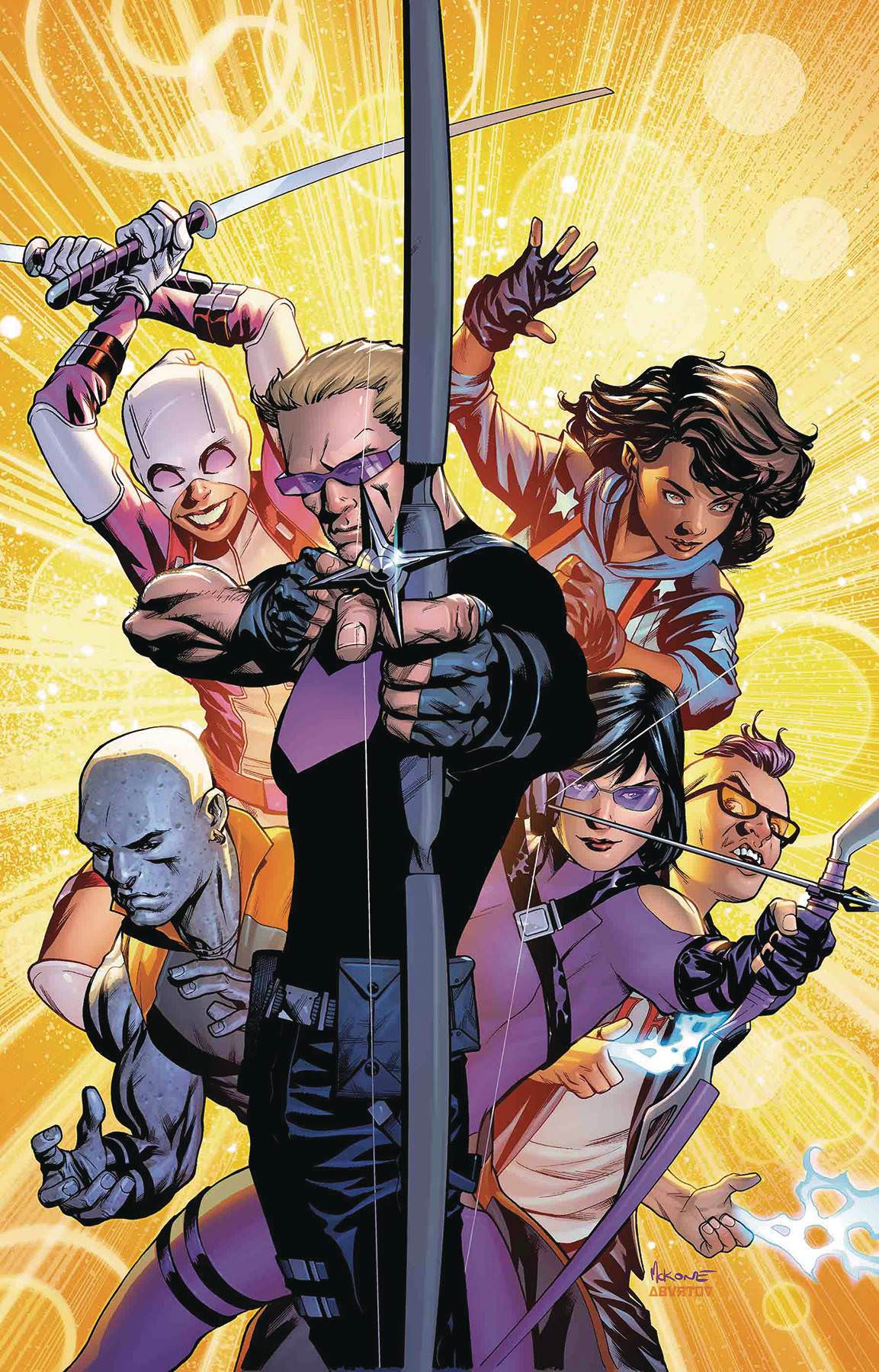