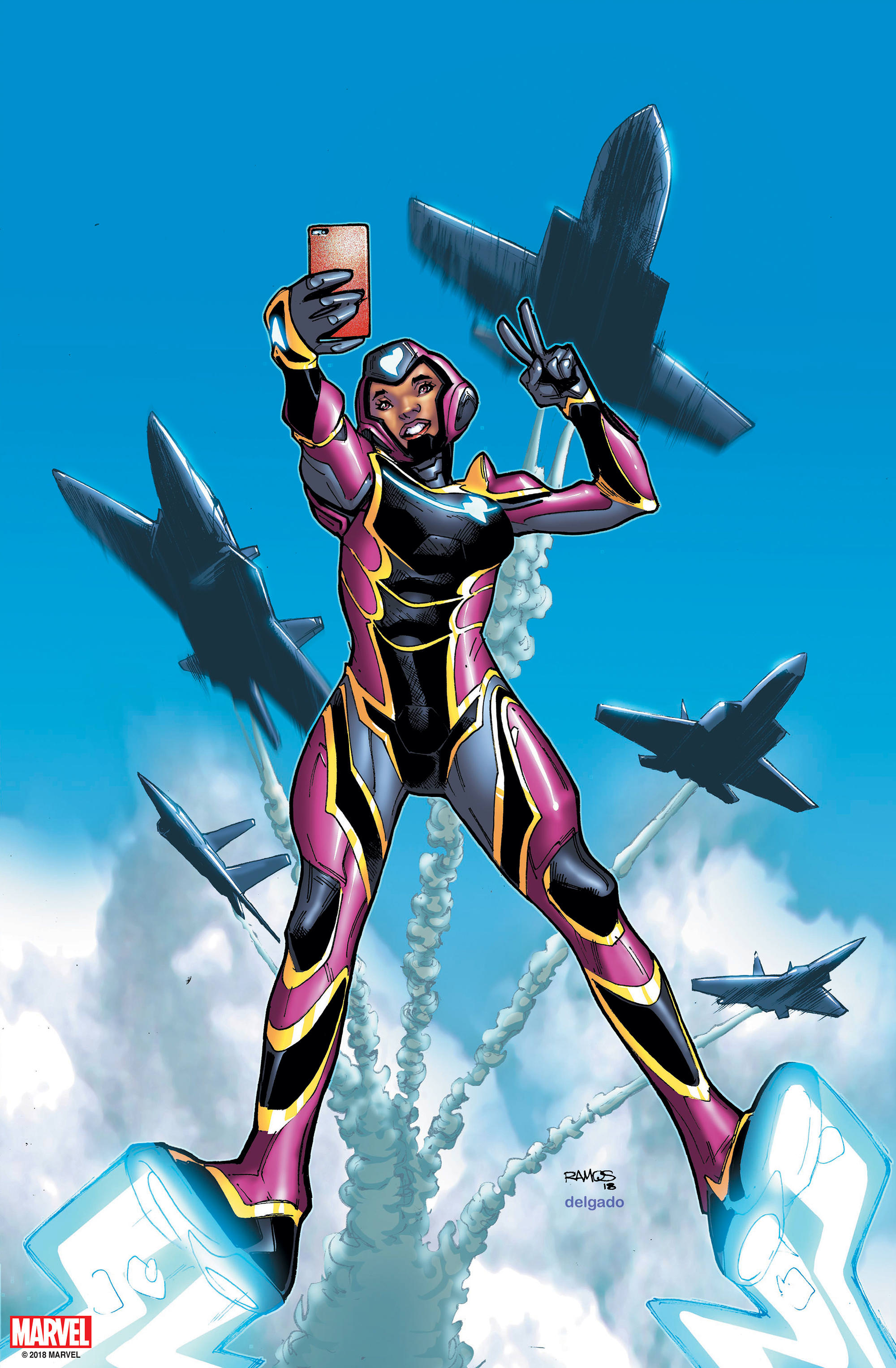 Many people on social media have mentioned Eve L Ewing's name as a potential writer for Riri  Willaims aka Iron Heart.  When J. Michael Bendis left Marvel to write for DC it left an opening and Marvel has managed to work out a deal with Eve in what many consider to be a dream match up.  Marvel has also given some top flight Artistic talent to the books launch including Humberto Ramos and Amy Reeder.

Iron Heart will feature her own design which I think should help separate herself more from Iron Man as well.  The suit has different colors and shows more of her face than the typical Iron Man costume.  The costume also has a lit up heart symbol on the chest.  There is also a heart symbol above the visor.

The new Iron Heart series is planned to hit shelves on Nov 7th.


See the Art and design of the new Iron Heart suit as well as the interview with Eve L Ewing from the Marvel press release. 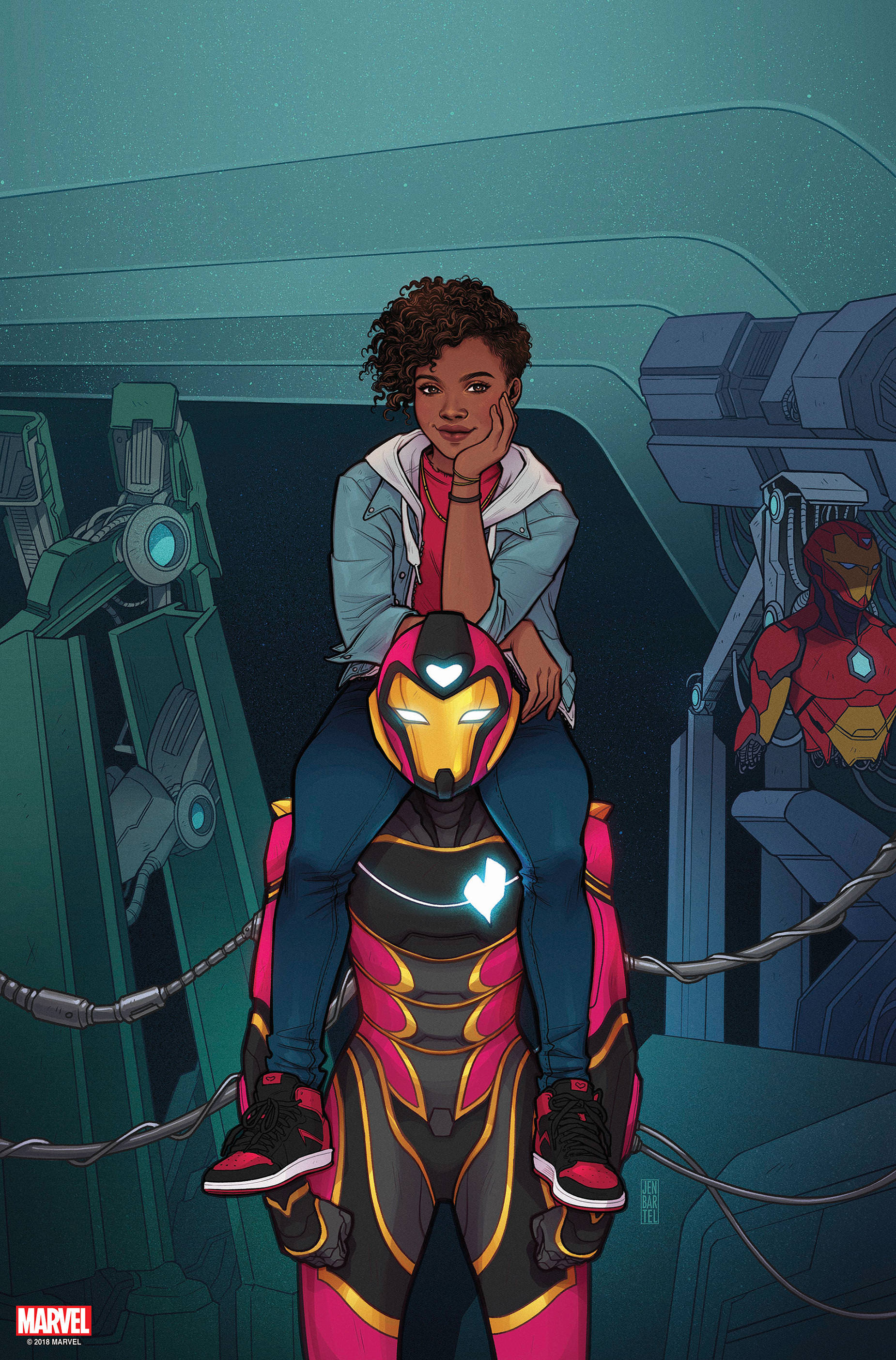 Writer Eve L. Ewing Is Bringing Ironheart into the Spotlight
"Ironheart symbolizes what happens when you combine incredible strength and might with a true desire for justice."
PUBLISHED AUGUST 20, 2018 BY JAMIE FREVELE 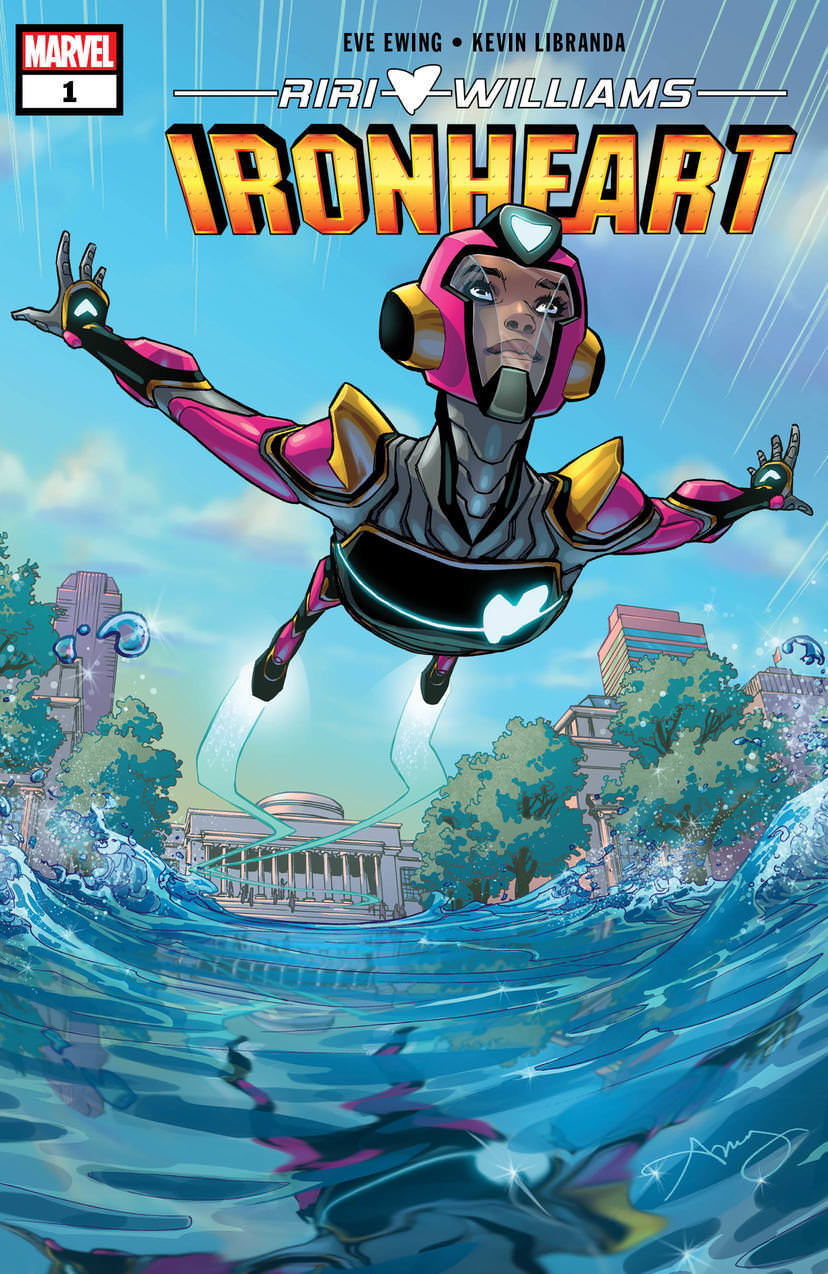 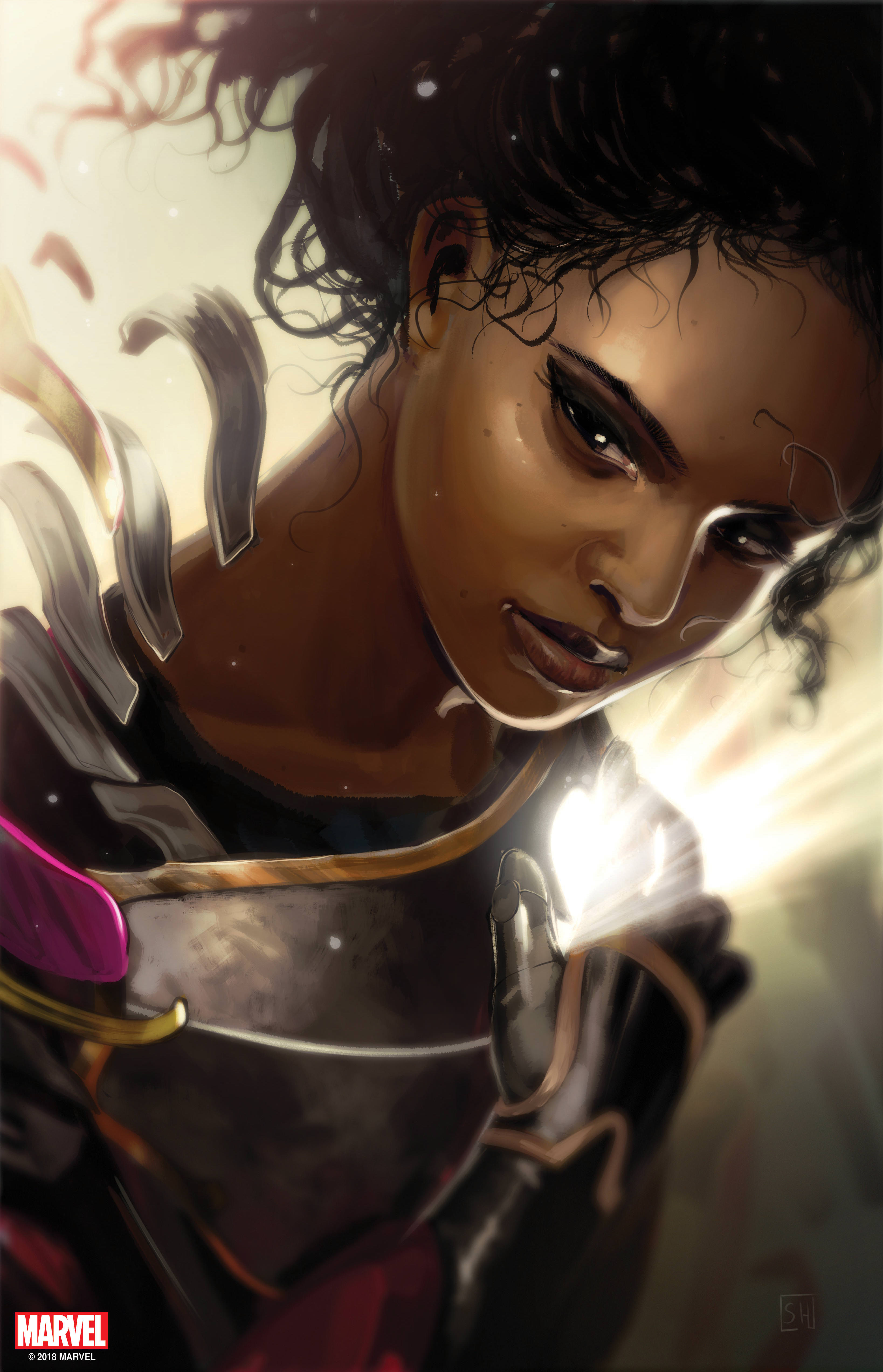 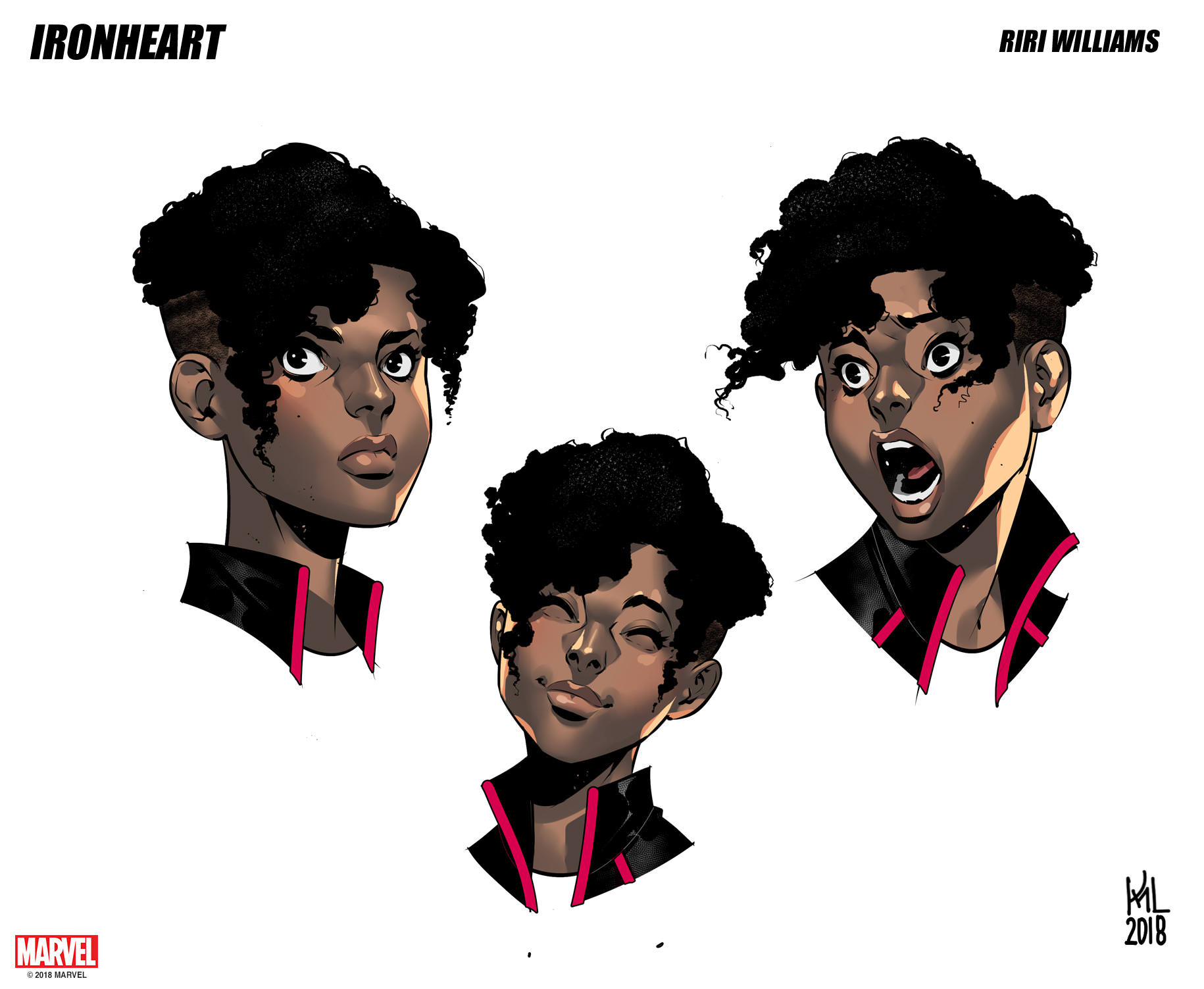 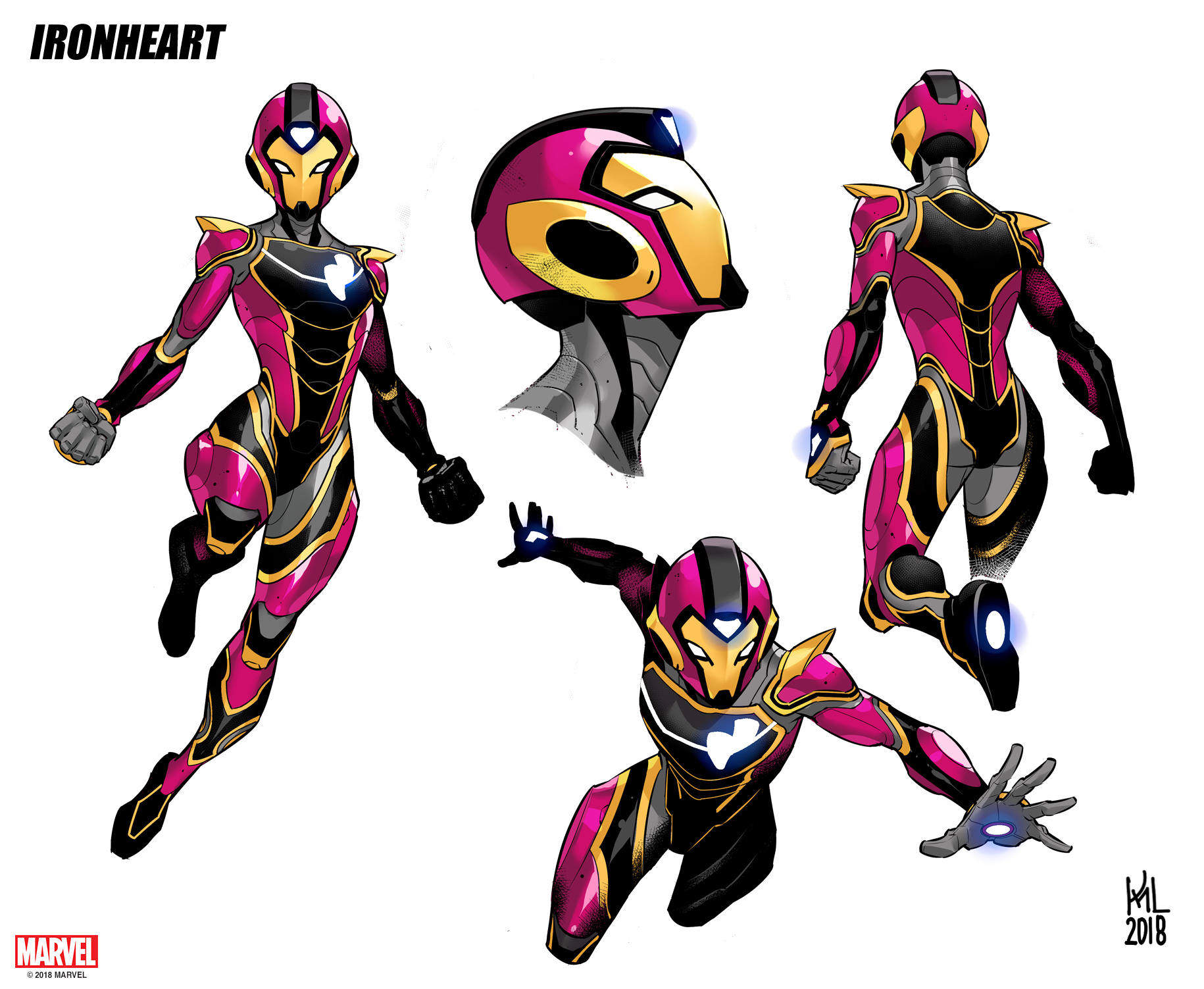 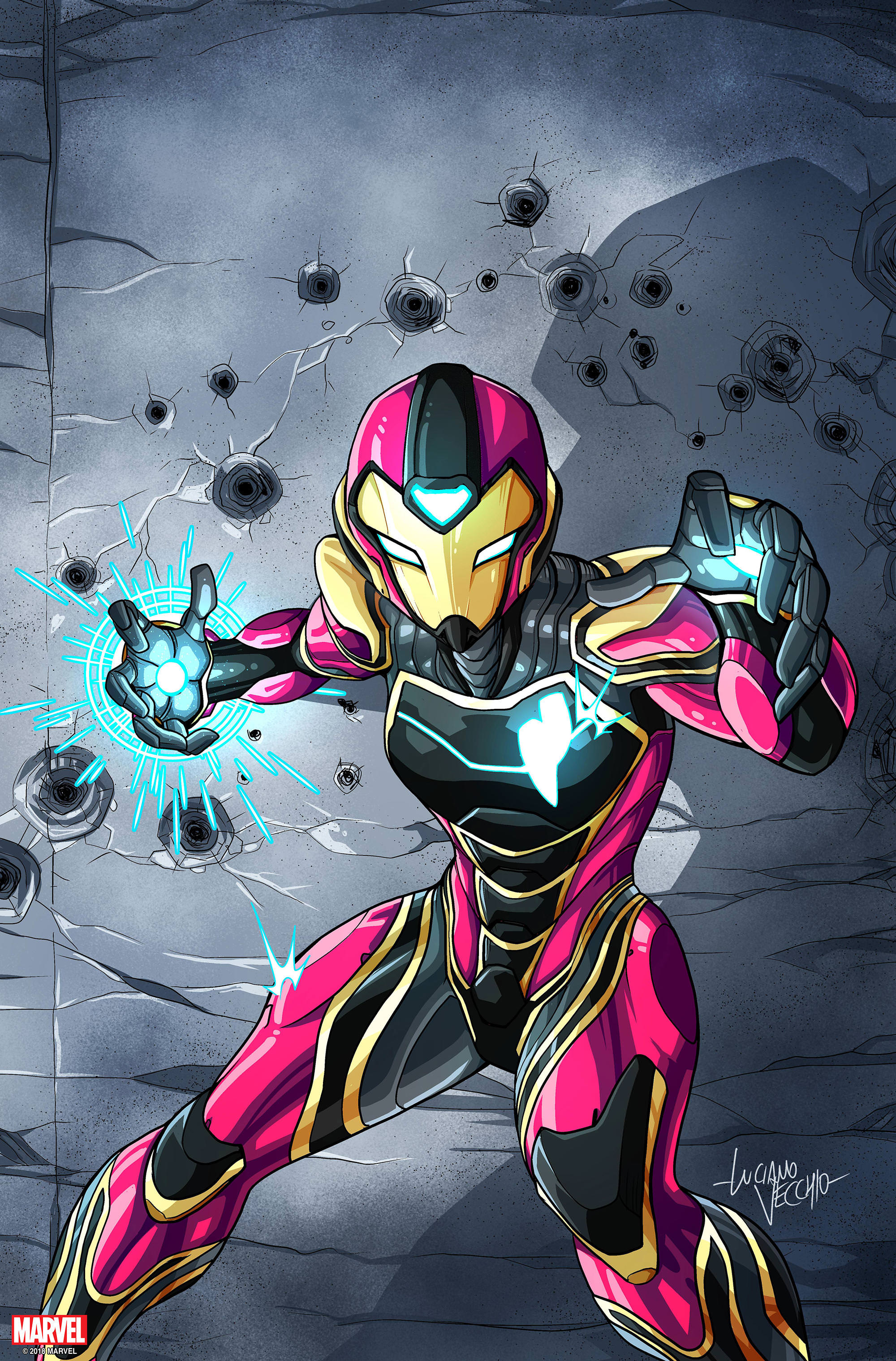