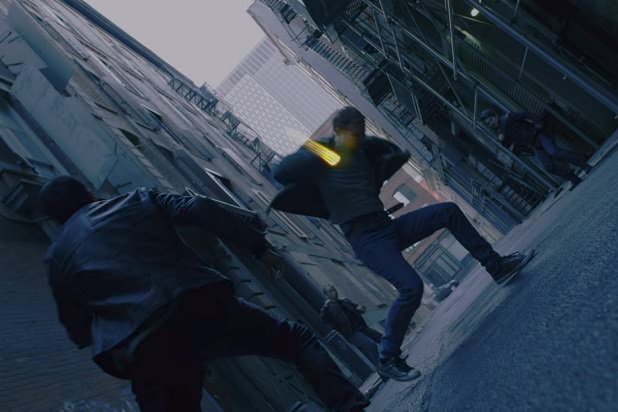 Toylab sent their most insane blogger Scoobs to cover the Iron Fist Panel at San Diego Comic Con in 2018.  Here is what he learned.


HI
This is Snoops blogger from Toylab and I am happy to have entered the Iron Fist Season 2 panel lets report what is being said.

The first Iron Fist season could have been better but good news the show has a new show runner.  The series also has a good foundation now with Iron Fist appearing in Iron Fist, Luke Season 2 and Defenders.  This should allow the show to tell a unique Iron Fist story.  At least that is my hope.

Premise of Season 2
“Season 2 furthers the transformation of Danny​, a character with a fish out of water coming of age story making his way in a harsh new world, battling to work out who he is. This season, Dann​y​ has promised that with Matt Murdock gone, he will step up and protect his city. ​But a sinister plot twist threatens his very identity ​and he must conquers his villains to protect the town and people he holds close to his heart.”

So here we go into the SDCC panel.  People look good, Man f#$# Hollywood what does these f#%$ers eat?  They look all bright and happy.  So who is all here.  We got Finn Jones (Iron Fist) We got Jessica Henwic5 (Colleen Wing) and Simone Missick (Misty Knight).  Raven Metzner the show runner is also here.   Got to say this for the bros out there Yes Jessica and Simone look Fiiiiiiiiiiiiine.  Yes they do.  Damn!  Ok picking my jaw up to focus and act gentlemanly.

Going to write fast........so bare with me peeps.  Its going to be like stream of consciousness from my moronic ass.  For those English majors who pick on my punctuation just imagine you are reading the Benjy section from Sound and the Fury and you should be good.

Finn Jones seems more comfortable here.  Lots more pride in the this season I am feeling.  Says the fight scenes are now almost all the actors.  Not entirely but mostly.
More footage of him using Fist to take out a car.  Looks sweet.  Crowd is eating this up.

Lots of positive energy here, despite some of the poor reviews of the first season.  Vibe is definitely different than last time I saw this crew.

Showed clip of Misty knocking fool on pavement with her cyborg arm. Damn she is hot and tough.  Definitely Daughters of the Dragon theme explored.  Lots of Misty and Colleen working together.

Metzer the guy who is now running this biz talks about how he wants to get Iron Fist more into Kun Lun.   Also I thought this was pretty important David Dopkin directed a few episodes he is a director from the Bad Ass show Into the Bad Lands.  His presence on this show is a very welcome one to me.

New villain!  Alice Eve plays Typhoid Mary in the series.  A telekinetic bad ass known for her battles against Spider-Man and Daredevil.  Trying to recall if she faced off against Iron Fist in Maximum Carnage but I think that could have happened.  First thoughts on Alice is she gorgeous and smart I think she will play Typhoid Mary realy well.

Alice Eve gave credit to Barber who is the new fight choreographer.  I think name said was Barber.  Who the heck is that?  I don't know.

Another fight scene with Typhoid fighting Colleen and Misty (Daughters of the Dragon anyone!).  This fight also bad ass, much more in your face and bare knuckled.  I actually winced.  Damn I am a pussy I just winced watching a fight scene.   Yeah this is good peeps.

Davos Steel Serpent battle with Iron Fist looks bad ass, very brutal.  Did not see full scene but would have been the best fight scene in season 1.  Davos appears to have gained powers similar to Danny's Glowing Fist they are definitely pursing the Steel Serpent story here.

Ummm overall yeah 2nd season maybe is not exactly what I would have done but also has a lot that I like.  Fight choreography seems to have been a major focus for improvement.   It shows.  Actors seem happy to be here and show this off, lots of pride in it.  I think this bodes well for the show. 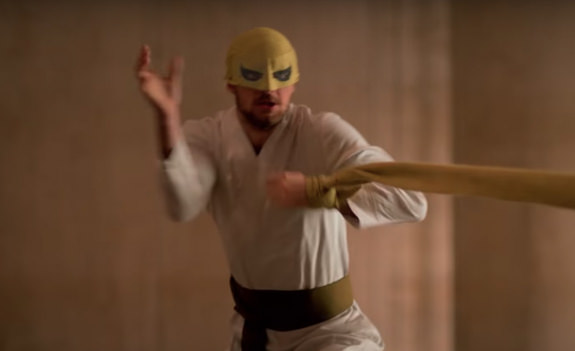