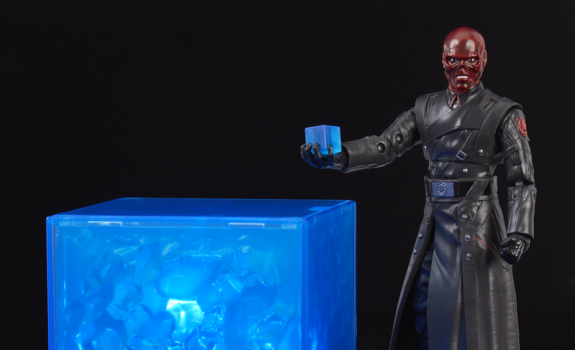 Comic Con is not just about Comics its also about TOYS.  Hasbro is relaesing a really cool Comic Con exclusive figure for this years con.  It will be a Red Skull figure that will come with a life sized Tesseract.  He will come in a specially designed Hydra themed box.

Fans can commemorate 10 years of epic blockbusters with new MARVEL LEGENDS SERIES figures in the MARVEL STUDIOS: THE FIRST TEN YEARS collection! Imagine JOHANN SCHMIDT claiming the title of RED SKULL and controlling the power of the TESSERACT. Comes with a 6-inch-scale RED SKULL figure, featuring movie-inspired design from CAPTAIN AMERICA: THE FIRST AVENGER and premium articulation and design. The TESSERACT lights up and features alternating light patterns, as well as a seamless battery install for an authentic look and feel. Includes figure, accessory, and electronic TESSERACT. The MARVEL LEGENDS SERIES RED SKULL & ELECTRONIC TESSERACT will be for sale at San Diego Comic-Con 2018. Limited quantities of this item will be available at select conventions and select online retailers after the convention in the relevant market (including HasbroToyShop.com where available). Good while supplies last. 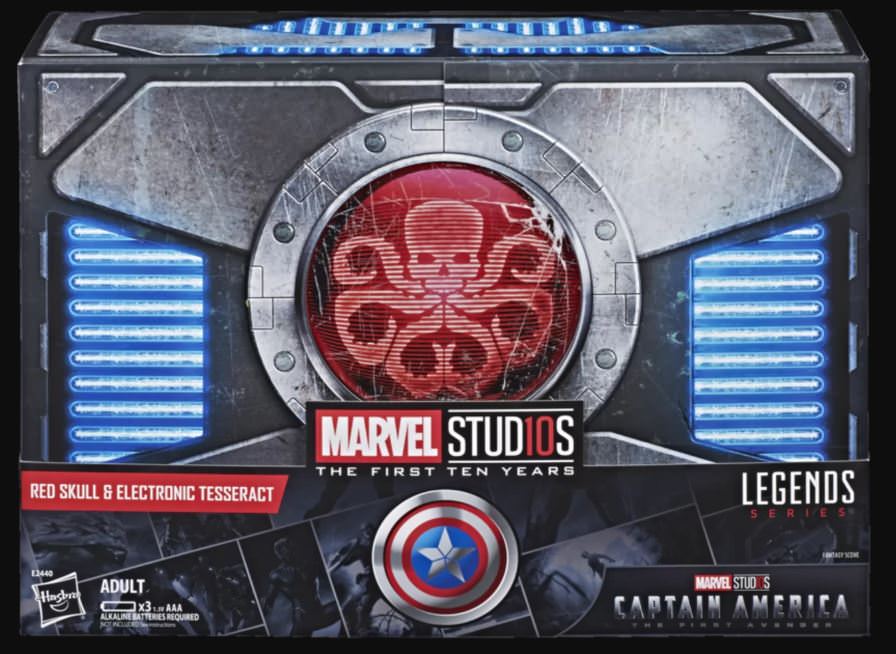