Domino #7 gets hot in a cold place! 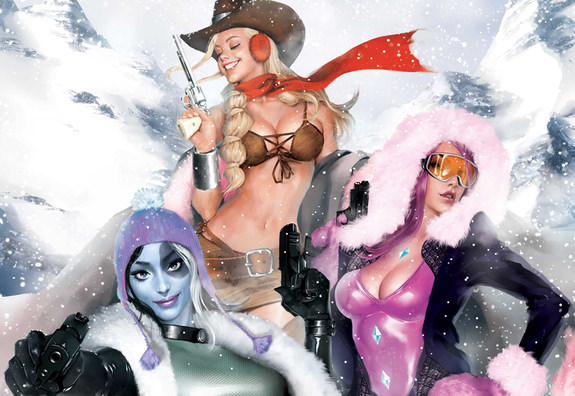 Domino #7 gets hot in a cold place!

Domino has been a monster hit for Marvel so far and they are not letting up on the gas.  The 7th issue has often been one where things start to flounder but Gail Simone seems to be determined to nail the beginning of the 2nd art.  To spice it up further they have added cover artist Gang Hyuk Lim to the team.  Now I have loved what Greg Land has done with the Domino covers.  Hell I wrote a whole post about this Domino covers HERE.  But Damn!   These Gang Hyuk Lim covers bring the heat.

Domino #7 will steam up the shelves on October 10th. 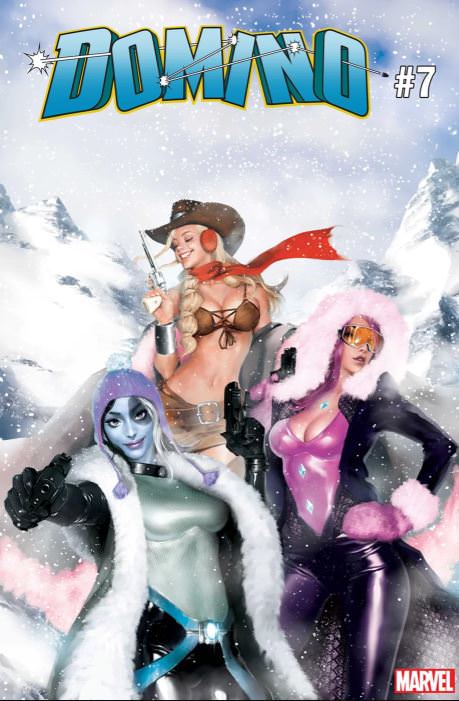 It’s the series that has been called “everything a comic should be,” and Domino’s adventures are just getting started!
Following the events of DOMINO ANNUAL, superstar creative team Gail Simone and David Baldeon are bringing fans an all-new story arc – one where vampires come out to play and where Domino learns she’s not the only temptress putting everyone under her spell.
“Domino isn’t just for X-fans anymore,” teased editor Chris Robinson. “Gail and David have big plans that take Neena Thurman up against some unexpected threats from the larger Marvel Universe.”
Don’t miss all the twists, reveals, and epic action, featuring artist Gang Hyuk Lim (Infinity Countdown: Darkhawk), who joins DOMINO as the brand-new regular cover artist when DOMINO #7 hits comic shops this October!
DOMINO #7
Written by GAIL SIMONE
Art by DAVID BALDEON
Cover by GANG HYUK LIM
On Sale 10/10/18