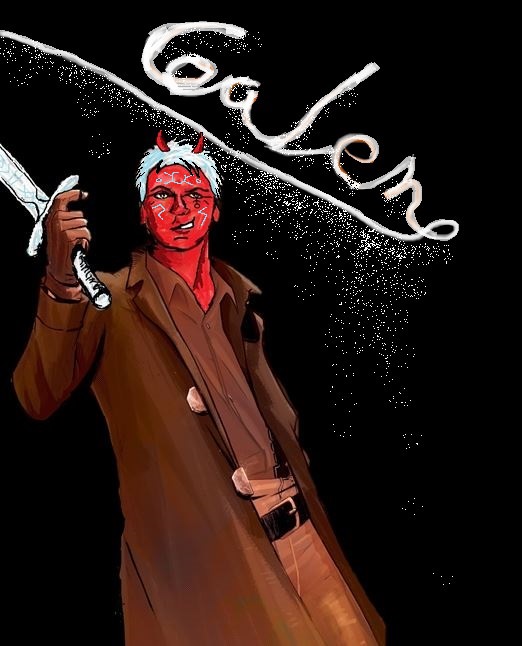 A Story NPC is a non player character that acts to unite various plot threads or houses important elements of a story within their own backstory.  If this character talks then the story that the NPC houses is coming out.

D&D Dice Store
Check out these cool Dungeons and Dragons Dice!  Get the right set for your character.


Background in the Silver Apple campaign:
The campaign for the Companions of Silver Apple the D&D campaign is going well. However, as the Dungeon Master of the campaign I did encounter a bit of an issue. This is an issue completely created by me. I began to add some ideas from an older story to the Lost Mine of Phandelver Campaign. While the elements and subplots that I added were well received by the players I began to also realize that these disparate elements, combined with the players backstories and the main story were a lot of story.   In my notes I began to write down notes for 5 disparate subplots that were ongoing in the background of each mission.

Why did I add these subplots:


Now some of these subplots have barely been scratched by the players and that is ok, some may never end up being explored at all.  I also like to have ammo to add some excitement to a player's character when I feel like that player is getting bored.  Having TOO much story can actually be a good thing, it provides me with flexibility to adapt things for how the players react.

While I liked the subplots, and enjoyed having the material I also begin to feel the weight of story economics.  Story Economics is the ability over a duration of time to tell a cohesive story.  Different DM's have different views on this, some do not worry about it at all.  I tend to think though that players get a greater sense of accomplishment by working their way down a story arc even if they do it at their own pace and take zigs and zags in doing that.  So I began to do what many writers do, I began to find ways to bind the important elements of these subplots together.  I worked on that for awhile, really looking at the elements that I thought were working and the parts that players were exploring the most.

A united story took shape.  However, this history that binds them still had a missing piece.  How do I get this united story out to the players.  I could have them find artifact that would reveal it.   The problem with that is that it can be clunky and could reveal either everything or once or too little.  Still it is a quest hook to go out and find information. 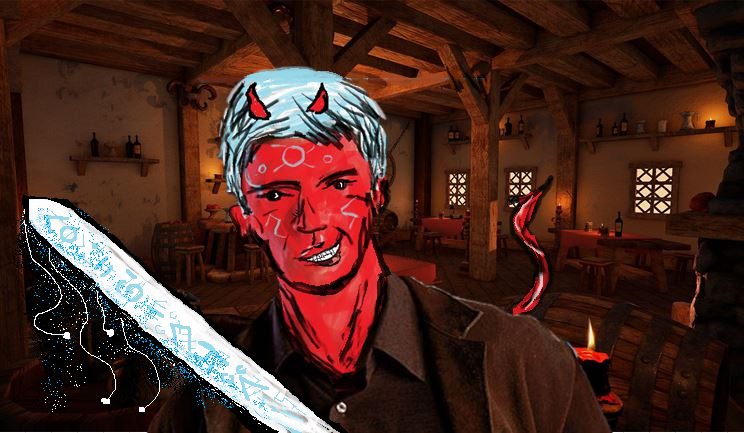 What I decided though was to create an NPC, who was as formidable as my players.  I created a Story NPC, or in this case Galen Moon Blade.  The advantages of this I thought were many.  A character can reveal bits of a story as they are asked or prodded and that information flow can be paced.  The added fun element of Galen is that I designed him to be untrustworthy.  Galen utilizes both a race and class that scream that he is untrustworthy to the players (Tiefling, Hexblade).  However, at the same time they will know that he knows information, and is highly likable and friendly.  The character becomes a complicated social puzzle to unravel rather than the standard bopping of monsters or finding special artifact.

The other advantage of using a Story NPC is that I can pace the story how I want it.  If I want to move the story forward Galen will drop a bombshell, if I want to pull things back he will go mum or lie, or disappear.  The Story NPC thus is a plot gas pedal that can be pressed down or let up on depending upon what the DM  (Me) wants to do.

The other element that the NPC adds is an element of mystery and intrigue.  It is a lot harder to figure out the nature of complicated living person than it is to read a book or decipher a hieroglyphics.

Risks of the Story NPC
Are there Risks of using a character like this to move the plot forward?  Yes, the players always add their own elements to the story and how will they react to this character?  There are variety of things they could try to do that would create problems.

1 and 3 are things that a DM can prep for.  The best way really to make these not the case is to make the character formidable.  If the players try to overpower the NPC the NPC can then hold his/her own against party.  I also like to give characters like this escape routes and or a twist that prevents them from killing him.

2 up above is a major risk.  The only way to counter this is to make the character very interesting.  My first version of Galen was a generic ranger.  With a story NPC avoid the generic and everyday think of combinations that are bizarre and unique, give them over the top abilities and personalities.  Make them impossible to ignore.  Get weird.

The great DM of Critical Role Matt Mercer posted the following tips of to making an NPC on Game Master Tips: I think these tips are a great starting point in creating any NPC but especially a Story NPC that is vital to the plot of the campaign.

I went ahead and kept the Generic Ranger NPC but he is now less vital. If the players choose to ignore him, well I am ok with that. He will still accomplish his story purpose but its less of a purpose.


Galen though I will make very hard to ignore.

So who is Galen Moon Blade?

You read this whole post and I have revealed very little about Galen Moon Blade.  As a Tiefling he was created by infernal entity (A demon) and he may be loyal to that demon even unwittingly.  As a Hexblade he has powers that come from being bound to a Patron.  This of course begs the question of infernal entities and other worldly patrons does he have and of course what are his loyalties.

What is his sword made of?
Who is his patron?
Why does he weep while he sleeps?
What are the tattoos on his forehead?
Is he a good guy or a bad guy?

Hah I'm not telling you that!

I will tell you that I think he is going to be a lot of fun to insert into quest.  Coming back into Town or a Tavern with this guy there is going to make that experience way more interesting every time.

If you want to learn the mystery behind Galen you will need to follow the Campaign of the Silver Apple yourself and see where it all goes.

To follow the campaign of the Companions of the Silver Apple check out: