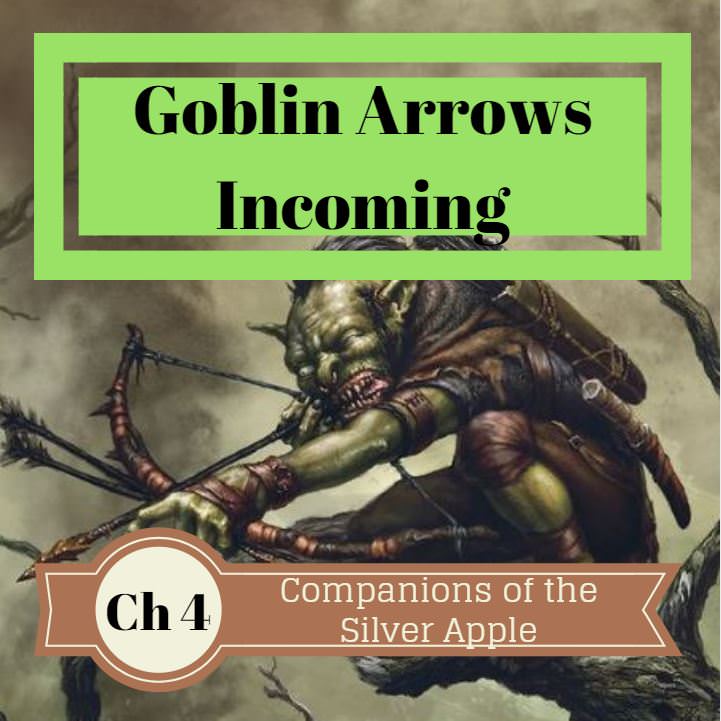 To go back to Chapter Two: Click Here for Chapter Two a heist from the Moonstone Mask

The Companions currently Include L'lyssa the Halfing Thief, Anorak the Elf Wizard, Percy the Human Fighter,.  They are about to be put to the ultimate battle for their lives.  They are now Level 2 and will face a great challenge when nothing goes to plan.


The companions woke up in the Driftwood Tavern well rested and ready for their next adventure.  After an amazing heist and a battle with the Owl Bear all had increased from Level 1 to Level 2.  upon coming down to the driftwood Tavern the barkeep called them over and handed them a letter. 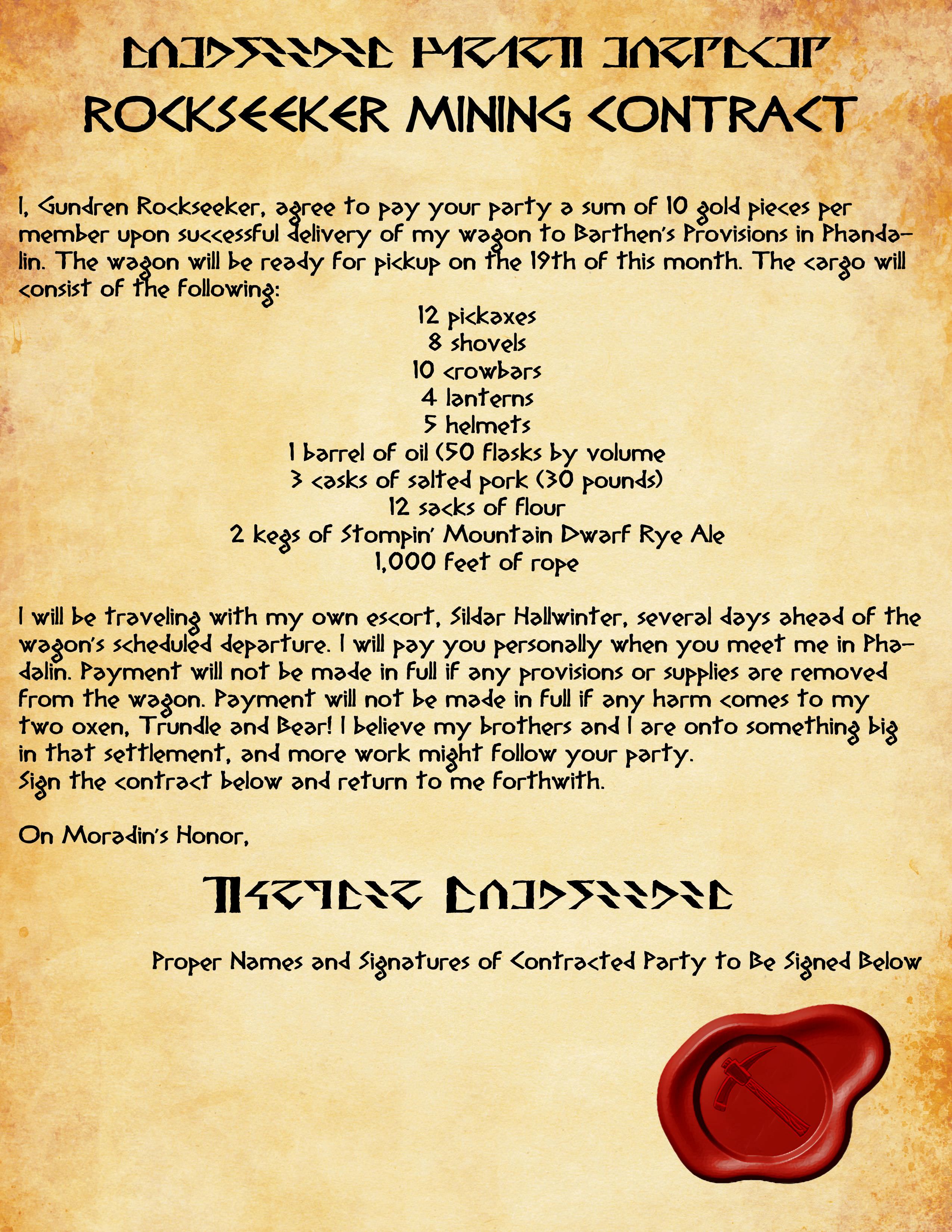 The heroes read the letter and begin grumbling about a how dull escorting a wagon is.  "I would much rather smite an Owlbear than ride a wagon." whined Percy.  After a short belly aching session they all agreed to take the wagon to Phandallen and see if Gundren may have better adventures in store for them there.

On the wagon they met two new companions.  There was Kalisia the Bard who while affable held tight to a mysterious silver flute, and the quiet archer fighter Kat.  Both Kat and Kalisia had an air of mystery about them.  Kalisia said she came from the north near Luskan but did not elaborate on why she came South.  Kat meanwhile was almost entirely silent watching the horizon intensely.  Gundren had met both in a Tavern and signed them up to the quest.  The rest of the group hoped Gundren knew what he was doing.  None the less group filled in the newcomers about their quest for the Silver Apple.

"So we are all here together because of a sSilver Apple, funny something so small could lead to such a large quest." Kalisia mused.
"Some times small things lead to big things by bringing people together" observed Anorak.
"We are now together, we are companions, companions of the Silver Apple." Kalisia said almost to herself as she began to hum a tune.
"I dig it" knodded Percy.
L'lyssa and Kat simply glared ahead giving their companions little heed.

The group traveled by wagon south on the Swordcoast and then onto the Triboar trail.
Kat raised her hand indicating the wagon to stop.   Ahead of them lay two dead horses.  Each had arrows protruding from their bodies.  There are woods with thickets pressed close to the trail on either side and now the full group looked wearily within.

"Are those the horses of Gundren" Percy said aloud.
"Shhhhhhhhhhh" hissed L'lyssa.


Percy and Kalisia took off stealthy to one side of the thicket, and Kat went to the other.  L'lyssa hid in the thicket and Annorak position behind the wagon.  As the group began to plan to stealthily approach the call came down.


The DM had them roll for perception and none of the group was surprised.


and the DM ROLL FOR INITIATIVE 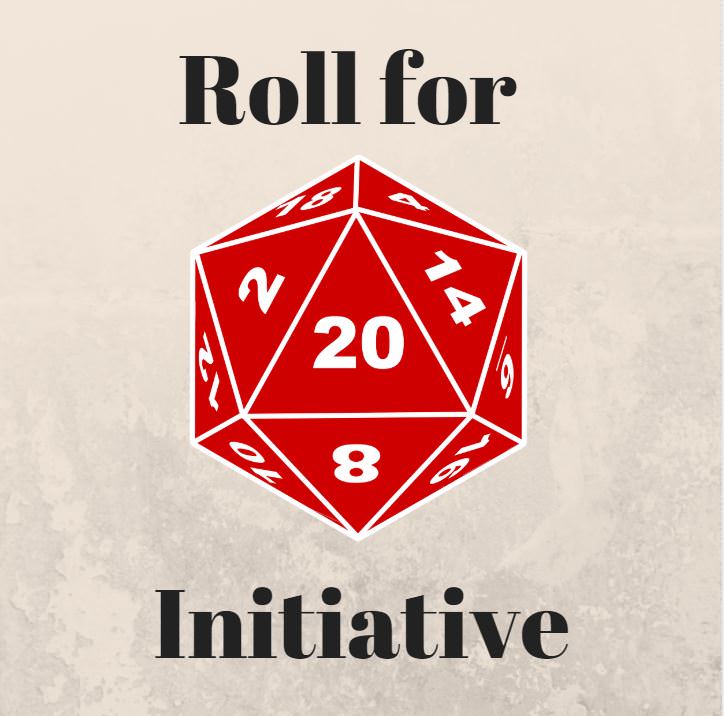 A pair of Goblin arrows flew at Anorak and one landed with a sick thud.  Kat scanned the brush and found a pair moving toward them but fired an arrow at the one in the lead.  L'lyssa sprang up from hiding and finished it off.  On the other side Percy cut through a goblin with his Axe and Anorak fired off magic missile at another wounding it.  Kalisia follow up with an arrow of her own taking the wounded goblin down.  Kat watched as the other goblin began to retreat.  Though it moved fast both Kalisia and Kat managed to get range.

Kat asked to shoot it in its leg and as she rolled an 18+5 the goblin tumbled and began crawling.

The Companions began interrogating the goblin whose name was Drull.  Drull them there were many thousands of goblins about and that a knight and a dwarf had been taken to a nearby cave.  They also learned that the trail contained a trap.
The group also identified the horses as those belonging to Gundren Rockseeker and knowing that he was likely kidnapped set out to rescue him.

"Let's hope not too exciting" the wounded wizard Anorak weezed.

The group went up the trail and avoided the trap.  However, as they were planning how to enter the cave another set of goblin arrows began whistling into them.  A pair of goblins hid behind a blind of folliage.  The group quickly dispatched them but they could hear rustling inside the cavern.  4 Wolves came roaring out of the cave.  They all bit down onto Percy driving the large warriors down in half.  Kalisia fired off Sonic Dissonance, Anorak fired Magic Missiles taking down one wolf.  Another wolf went down from L'lyssa and Kat's arrows.  Percy wounded another before weather another hit.  The group quickly took down the remaining wolves with a hail of arrows.

The group now faced a difficult decision as they wounded and had used spell slots they decided it was best to retreat from the cave and set up a camp to rest for what they hoped would be a peaceful sleep.  Kat who was still at full health kept vigil on the goblins should they attempt to sneak out of the cave.

Little did they know that they were about to be visited by something far more spectacular than goblins....

Read the next chapter: