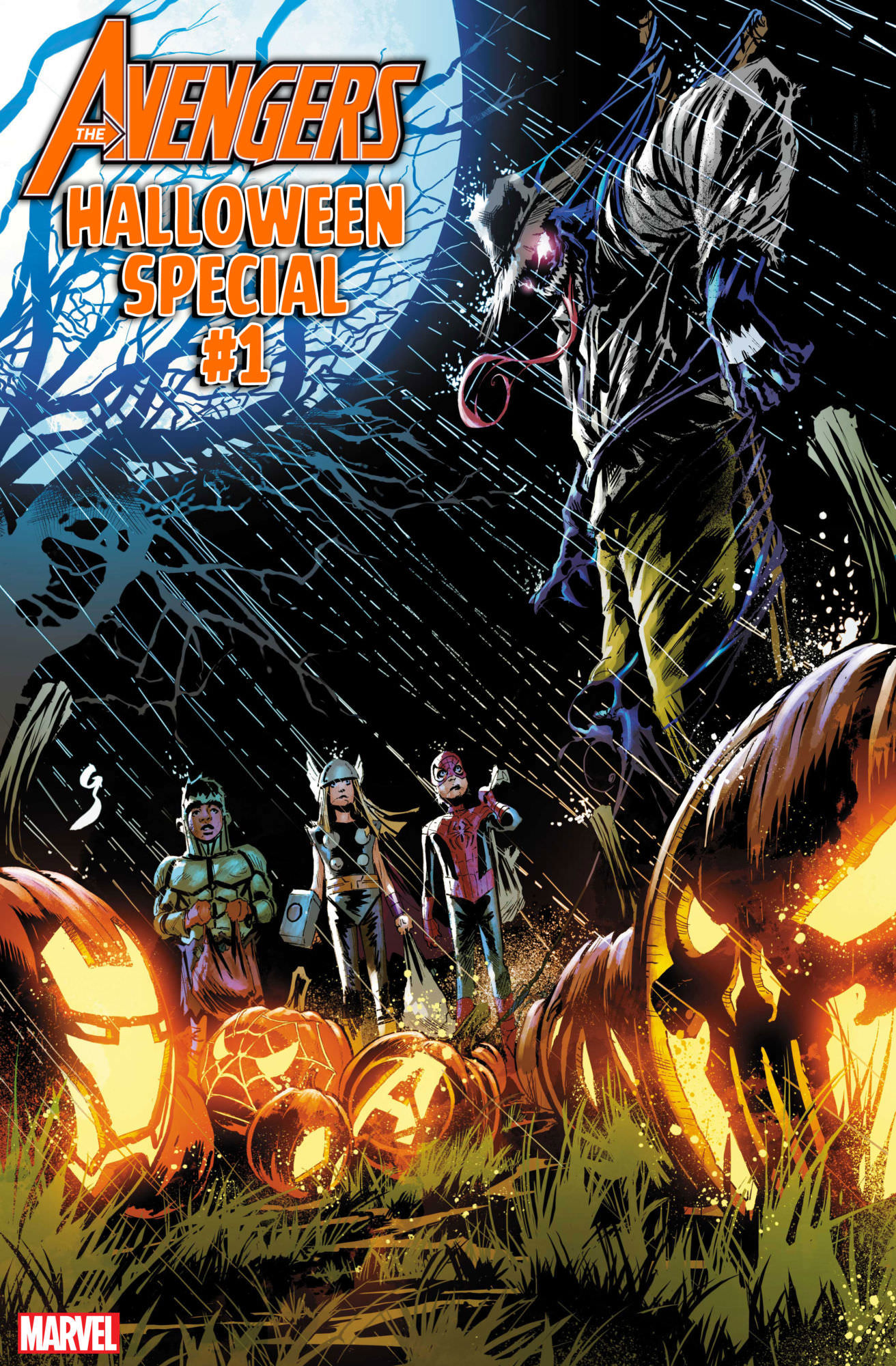 I know it is the middle of Summer but believe it or not this is when we first begin to hear about Halloween Comics and there is a big one that Marvel just released a press release on.  The Avengers Halloween Special.
It sounds like it will be a super sized issue featuring stories from various creative teams and characters.

Marvel Press Release:
This Halloween, the Avengers will shock readers with their spookiest stories and the most fearful tales! Iron Man and Captain America take on a journey for one of Howard Stark’s abandoned weapons…but what they find is different than any kind of horror that they’ve encountered…
With bonus stories featuring your favorite Marvel heroes, including Daredevil, Punisher, and the X-Men, AVENGERS HALLOWEEN SPECIAL brings together an epic team writers and artists to take your favorite characters on all-new frightful journeys, including acclaimed creators Gerry Duggan (Despicable Deadpool, Infinity Countdown, Infinity Wars), Robbie Thompson (Doctor Strange and the Sorcerer’s Supreme, Spider-Man/Deadpool), and Canadian horror producers and screenwriters Jen Soska and Sylvia Soska (The Soska Sisters) (American Mary, See No Evil 2)! Plus, superstar writer Jay Baruchel (The Goon, This is the End) make their Marvel Comics debut!