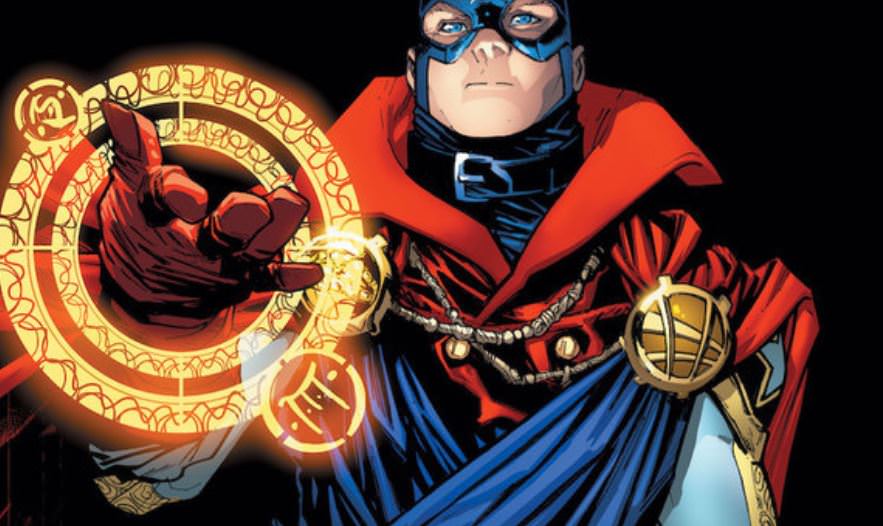 Marvel has begun to reveal the series behind the #WhoGetsWarped promo they began in Jun 2018.  With that promo they released a series of sketches and concept art by Humberto Ramos showing amalgams of popular Marvel characters.  The Warped characters will indeed be appearing in comics.   Marvel has now revealed 2 miniseries that will each span two issues that will focus on Iron Hammer (Thor / Iron Man) and Soldier Supreme (Captain America / Doctor Strange).  How these characters were created has not yet been revealed but as they are part of "Infinity" Warp series my guess is that the warp change has to do with merging entities from use of the Infinity Stones.

The Warped Comics have arrived!!!!!
Soldier Supreme hit shelves on Sep 19th and this week Iron Hammer is coming out on Sep 26.


INFINITY WARPS?! When Stark Odinson, the brainy but arrogant son of the All-Father, was kidnapped by Ice Giants and forced to make them an armory, he turned their forges against them and became the armored Asgardian, Iron Hammer! 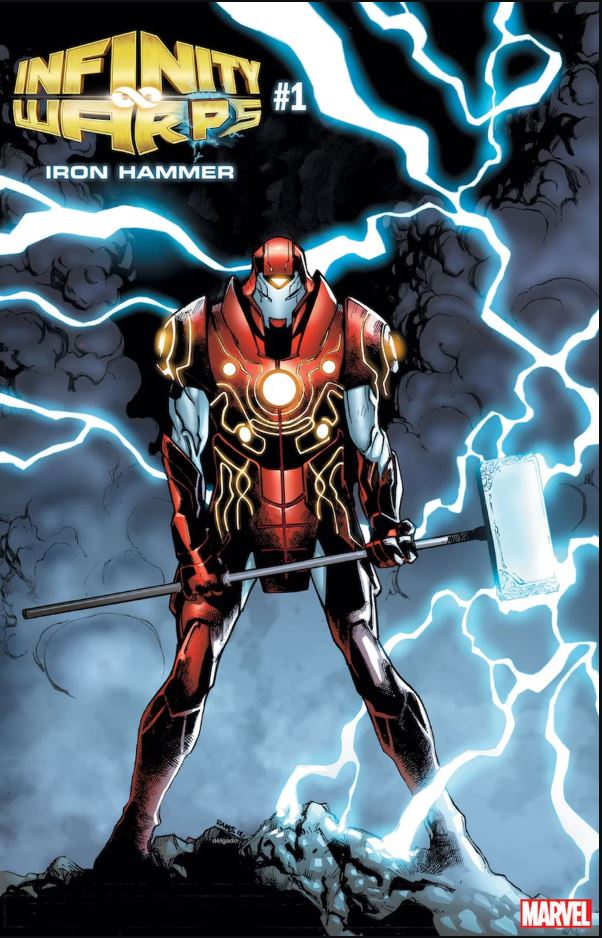 
Classified 4-F by the military, Stephen Rogers was unable to serve his country in World War II...until a secret government program tapping into arcane sorcery transformed him into the Soldier Supreme, the magical warrior embodiment of the American spirit! 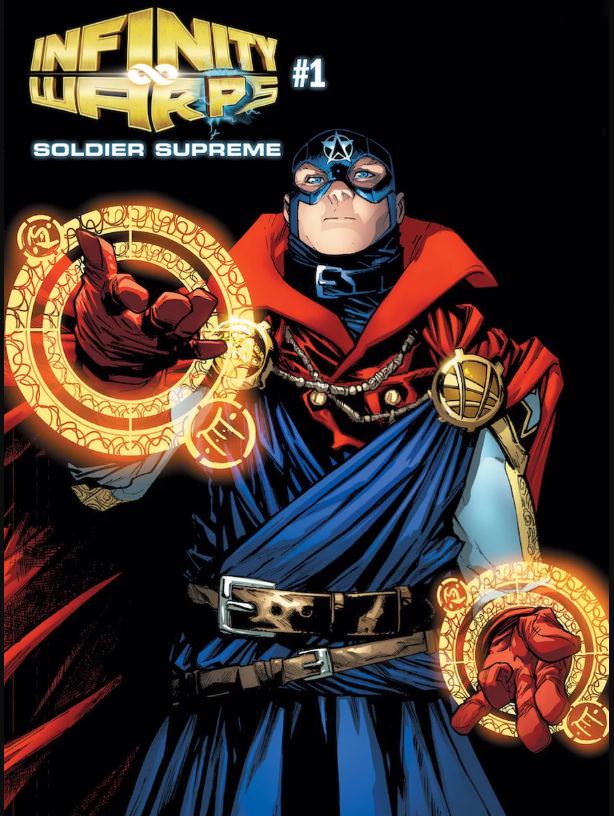 Who Gets Warped? Promo

Marvel has begun promoting amalgams of its characters with pictures and designs by Humberto Ramos.  Each picture is released with the hashtag #WhoGetsWarped.  The designs have been released on Twitter by Marvel Editor in Cheif C.B. Cebulski, writer Al Ewing and by Humberto Ramos himself.

The designs so far all seem really cool.  It not clear when or where the warped characters will occur in comics.

Which of them is your favorite?  I think the most intriguing to me are ArcachKnight and Ghost Panther.

The Warped characters include: 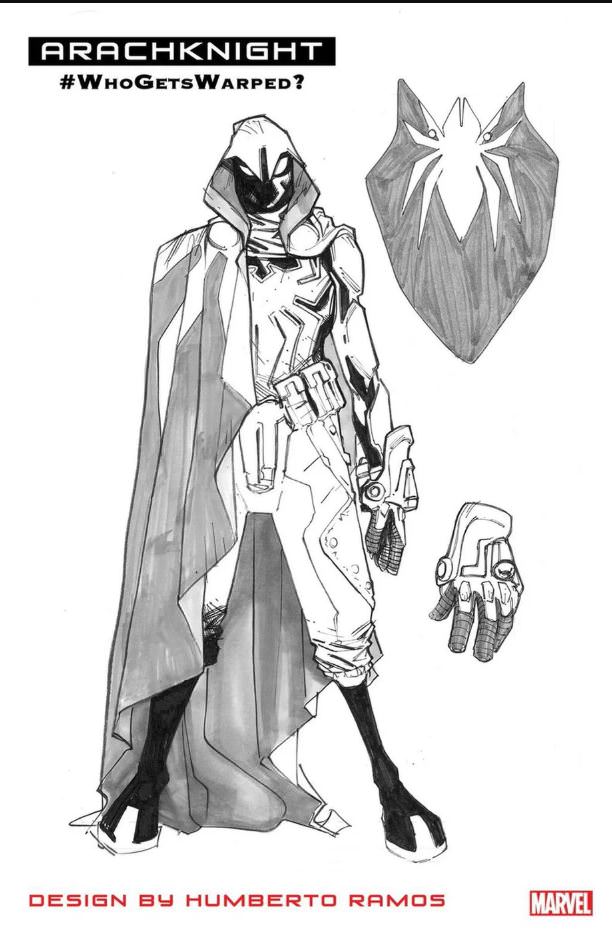 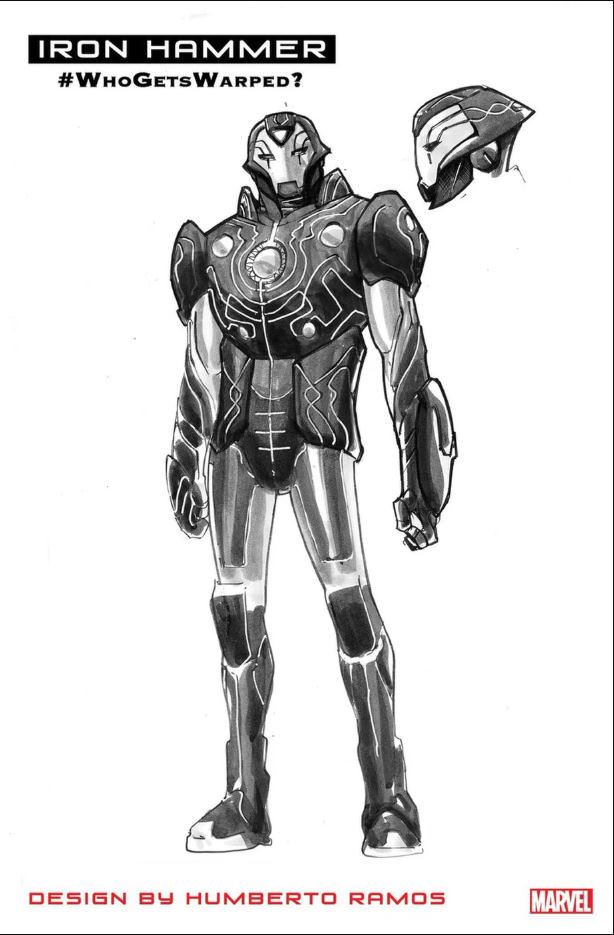 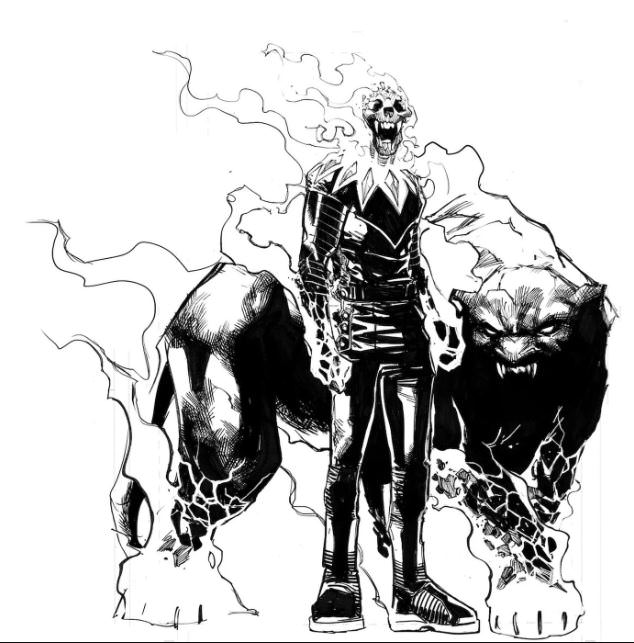 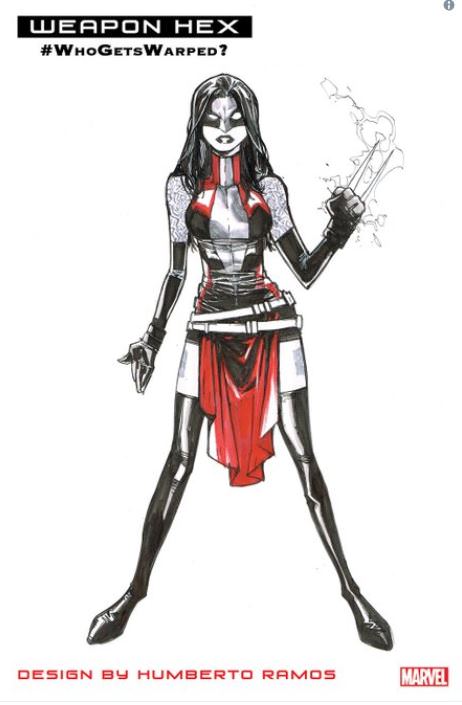 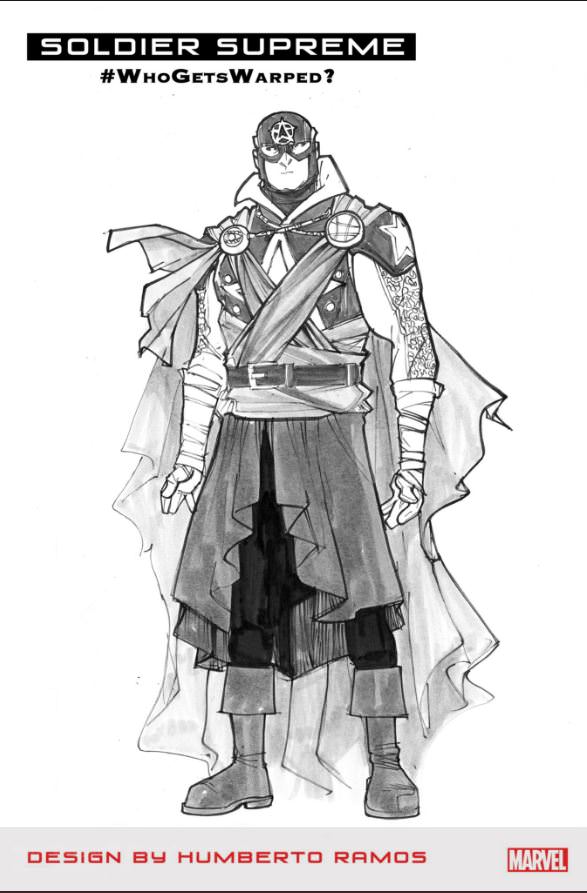 Tweets on WhoGetsWarped:
The tweets are coming out from multiple Marvel sources: