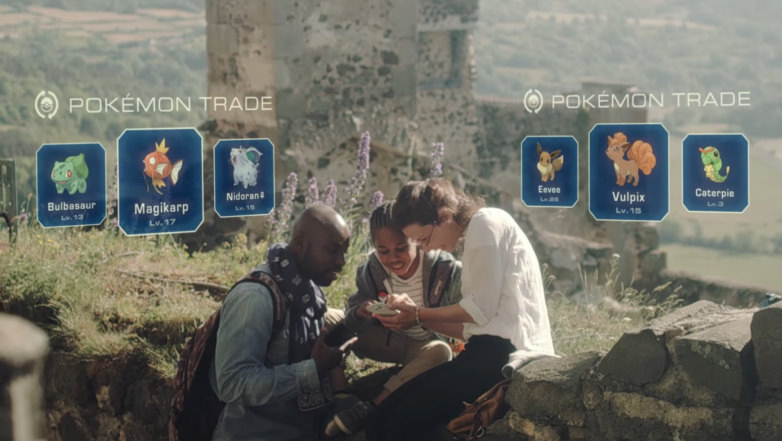 Since the very beginning of Pokemon Go players have wondered how and when trading would come into the game.  Trading was actually shown as a feature way back in the first trailer for the game.  Two years later though and it is finally here.  Trading comes into the game along with a much needed social feature called Friendship.

Of particular concern was the creation of  Black Market that would reward players for cheating and allow them to get paid for cheating.  The worry was that this would incentive cheating to the point that the game would become almost unplayable.  It seems that Niantic has tried to create a barrier against this.

Trading is launching along with another concept called friendship.  In order to trade a player must be Level 10 or higher (So no dropping hugely powerful Pokemon onto a new account) and a friendship relationship must be build up their friendship level.  In order to build you need to go into Raids or Gym Battles together.

Also all trades will be limited by Star Dust which be a cost on each trade.

It seems like high level trades are called Special Trades and are limited once per day and also can only be done through Best Friends or Great Friends.  Its not clear how many of those you can have.

I know many people have wanted this mechanic to collect regional exclusive pokemon.  That still will not be easy.  If a friend of yours travels they could catch the Regional Exclusive and bring it back for you to trade with, however you will need a close friend to do that.  Time to increase your social network!

All of these limits do still allow trading among people you play with but should also impose enough restriction to limit a blackmarket economy.  I think it was done pretty intelligently but we have to wait to see it in practice to be sure.

From Pokémon Go Blog
When you send a Gift to a friend or participate in a raid or Gym battle with them, you can increase your Friendship Level. As your Friendship Level builds, you’ll then unlock bonuses when you play together. For example, when you and a Great Friend participate in a Gym battle or Raid Battle together, you can earn an Attack bonus to give your Pokemon an edge! You can increase your Friendship Level once per day per friend.
You can also build your Friendship Level by trading Pokemon with a friend. If you’re near a friend and have a Trainer Level of 10 or higher, you can trade Pokemon you’ve caught with that friend. Completing a trade earns a bonus Candy for the Pokemon you’ve traded away, and that bonus can increase if the Pokemon you traded were caught in locations far apart from each other! All trades are powered by Stardust, and some trades require more Stardust than others. As you build your Friendship Level with the friend you are trading with, you’ll find that you can complete the trade with much less Stardust.
Certain Pokemon, such as a Legendary Pokemon, a Shiny Pokemon, or a Pokemon not currently in your Pokedex, require a Special Trade to complete, so keep that in mind before trading away that golden Magikarp! Special Trades can only occur once per day with a Great Friend or Best Friend, and it often requires a lot of Stardust to complete a Special Trade. Special Trades are a great way to show a friend how much you care!