Matthew Murdoch the devil of Hells Kitchen has been in many battles over the years here are list of his top 10 villain ranked by the bloggers of Toylab.


10) Mysterio
While Mysterio is known primarily as a Spider-Man villain but he went after Daredevil in a major way in a story called Guardian Devil.  In that story Mysterio did everything in his power to make Daredevil feel that he was going insane.  The story is one of Daredevil's best.  Even though battles between Mysterio and Daredevil have been sparse the quality of the story lands Mysterio on the list. 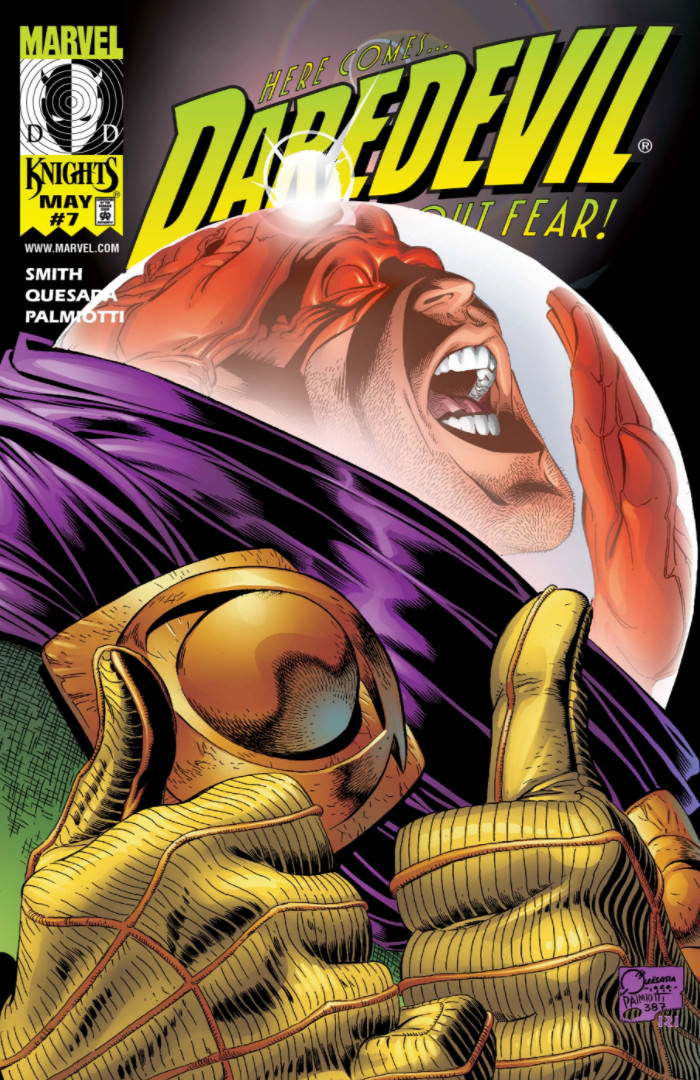 The undying Ninja warrior of the Hand named Kirigi has not appeared often but his appearance is always brutal.  Kirigi is the top enforcer of the Hand and even when killed returns again and again to plague the world.

Kirigi was more than a simple Hand Ninja he was a Ninja who could go toe to toe with both Elektra and Daredevil and come out the better for it. 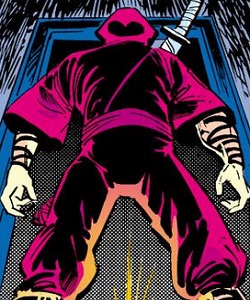 Stilt-Man may seem like corny villain because he is.  However, Stilt-Man is one of Daredevil's oldest villains and he has returned time and again to battle the Devil of Hells Kitchen. 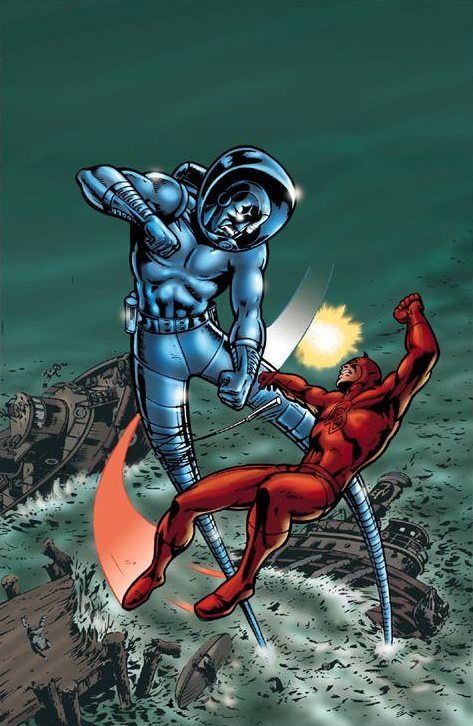 7) The Owl
The Owl is another old Daredevil villain.  He was also one of the first villains at Marvel to use creepiness as a factor.  He is a character that mesmerizes on the page with his bizarre and eccentrics.

Who is The Owl aka Leland Owlsley 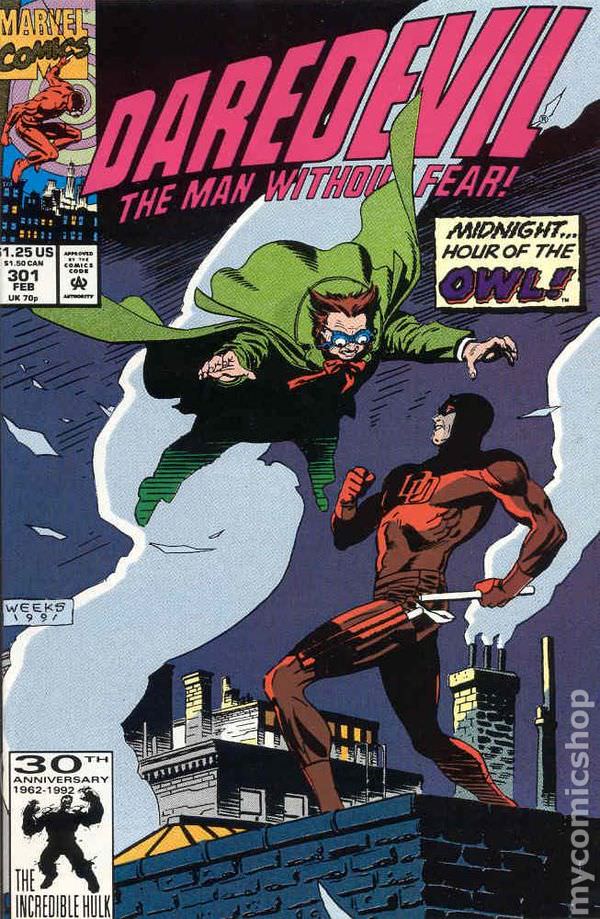 6) Gladiator
The Gladiator and Daredevil like and respect each other.  They even at times could be said to be friends and look out for each other.  However, when the two battle is punctuated with outright brutality.
Daredevil has many personal bloody battles in his stories both with friends and lovers. 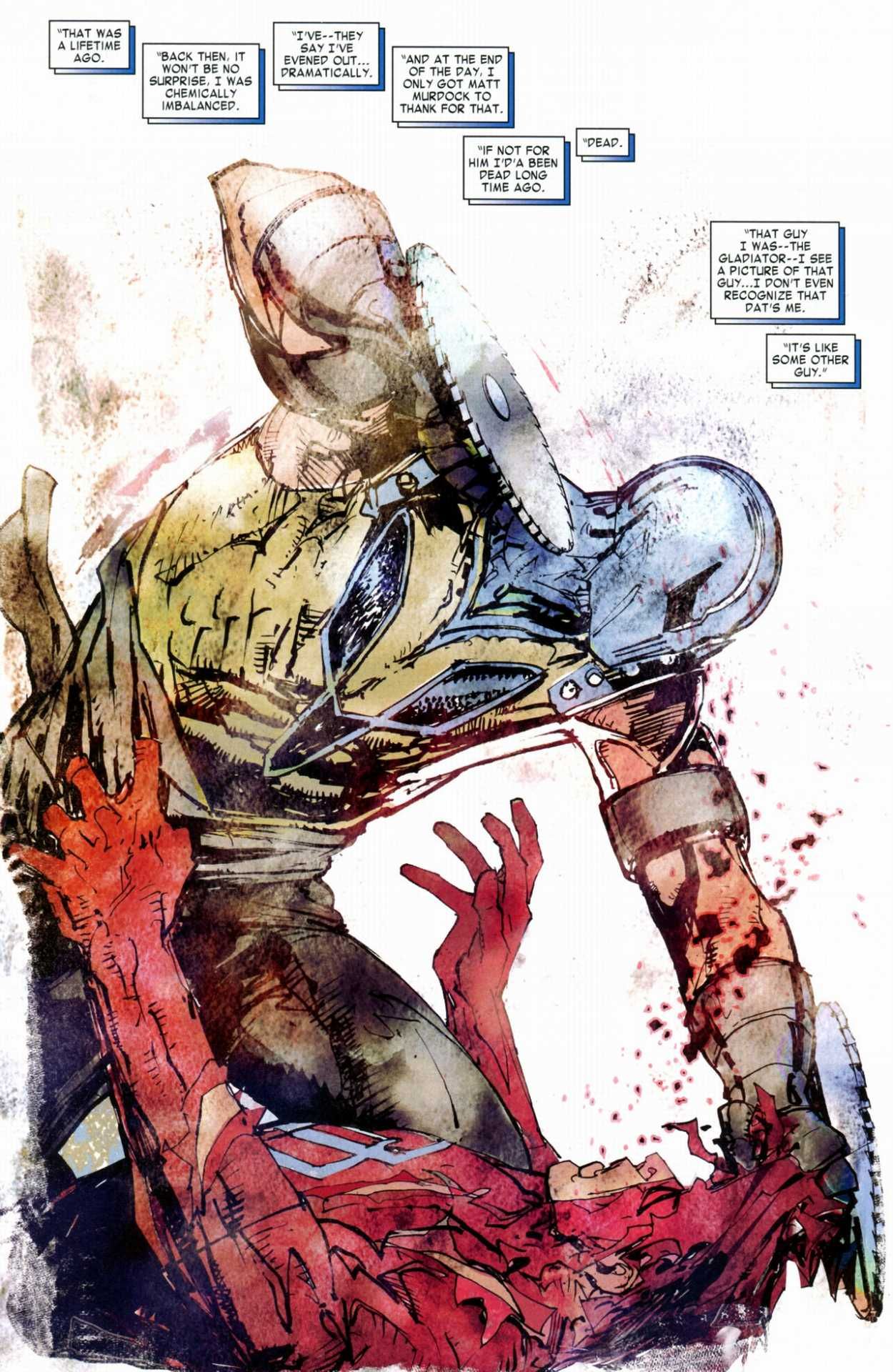 Daredevil has infamously horrible and crazy love life.  Not only do many of the women he loves end up dead, the others end up as his villains.  If there were one character that epitomizes this insanity it is the powerful, brutal, and beautiful Typhoid Mary.

One of her personalities was a lover of Daredevil the other was one of his worst enemies. 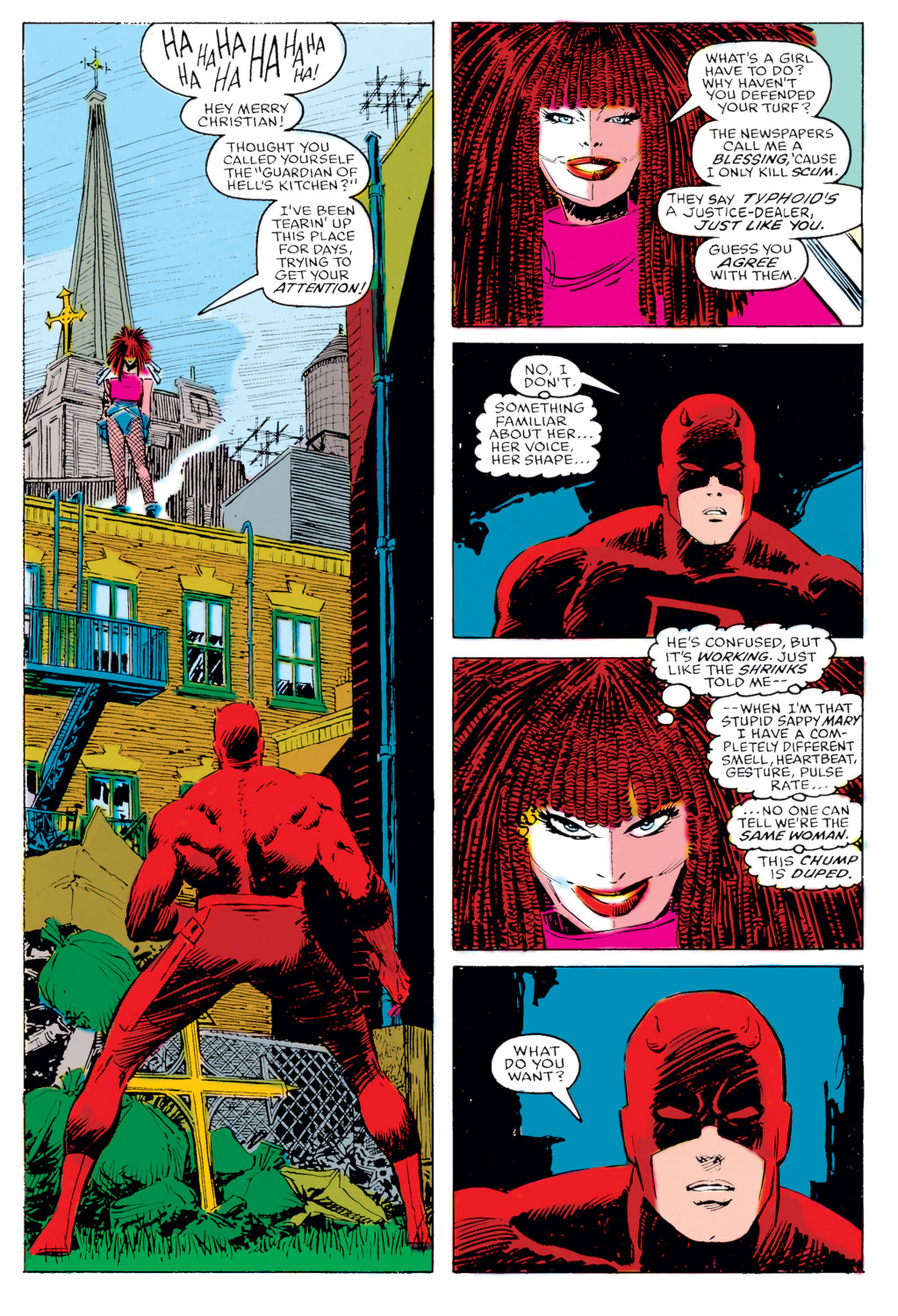 Another Lover turned Villain turned Lover again of Daredevil was Elektra.  Elektra was easily one of the most amazing characters.  Elektra is one of the few fighters in the Marvel universe that can not only hand with Daredevil but also defeat him.  The fact that his feelings are always on a roller coaster with her is another thing she exploits when she chooses too. 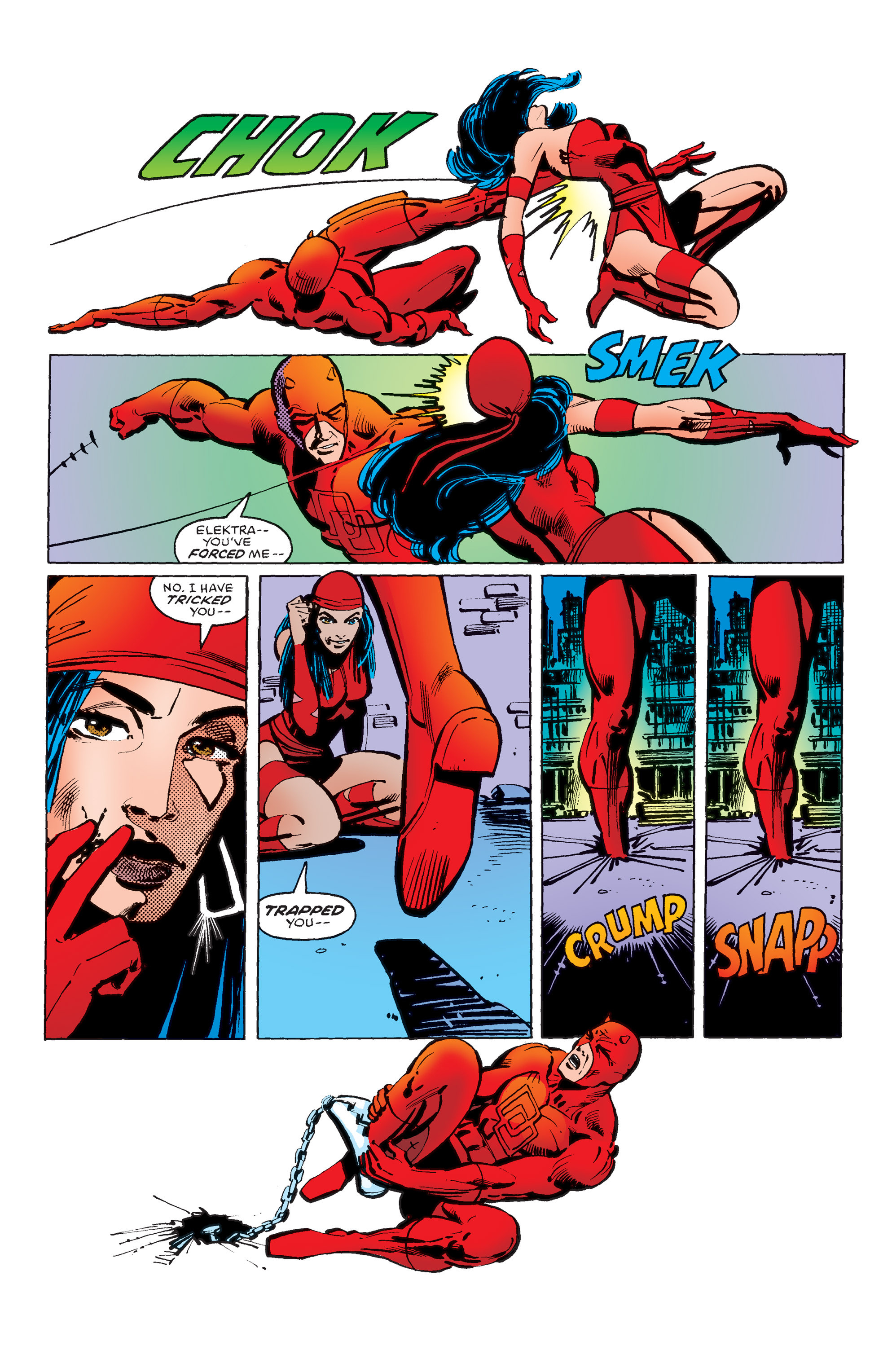 The Kingpin of Crime was initially a Spider-Man villain.  He had technological gadgets and gizmos however once the Kingpin became a Daredevil villain he really found his place in the Marvel Universe.  The physically large, mentally intelligent and utterly ruthless Kingpin is the perfect symbol of the brutality of crime on society. 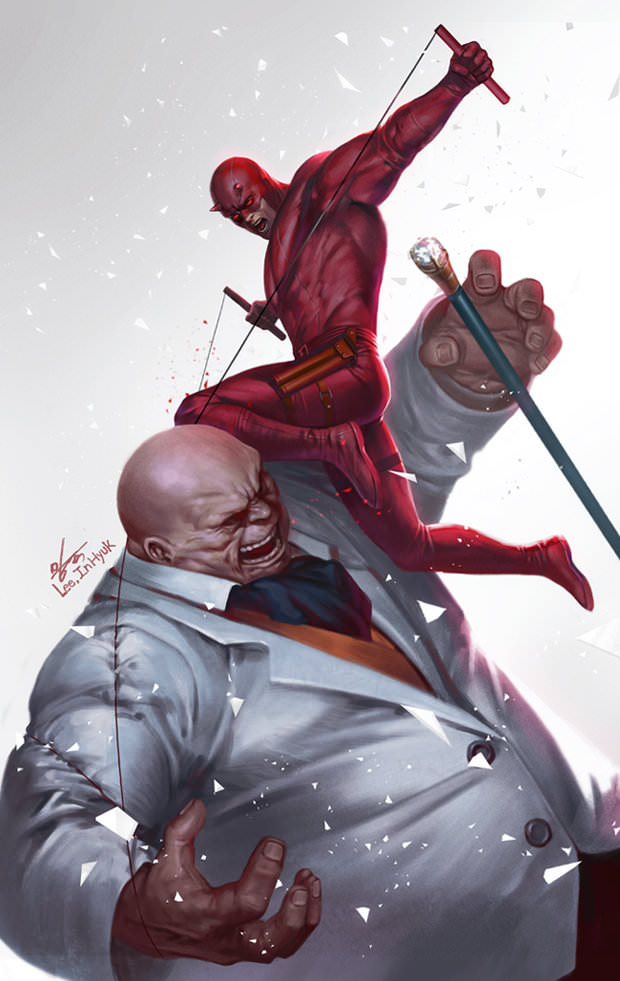 The Hand was initially nothing more than foils for Daredevil in a single story.  However, that story was so popular they have now become fixtures in the whole Marvel universe and battle everyone from Spider-Man to Wolverine.

The dark and evil Ninjas of the Hand are a group that can tax Daredevil's martial capabilities to the max. 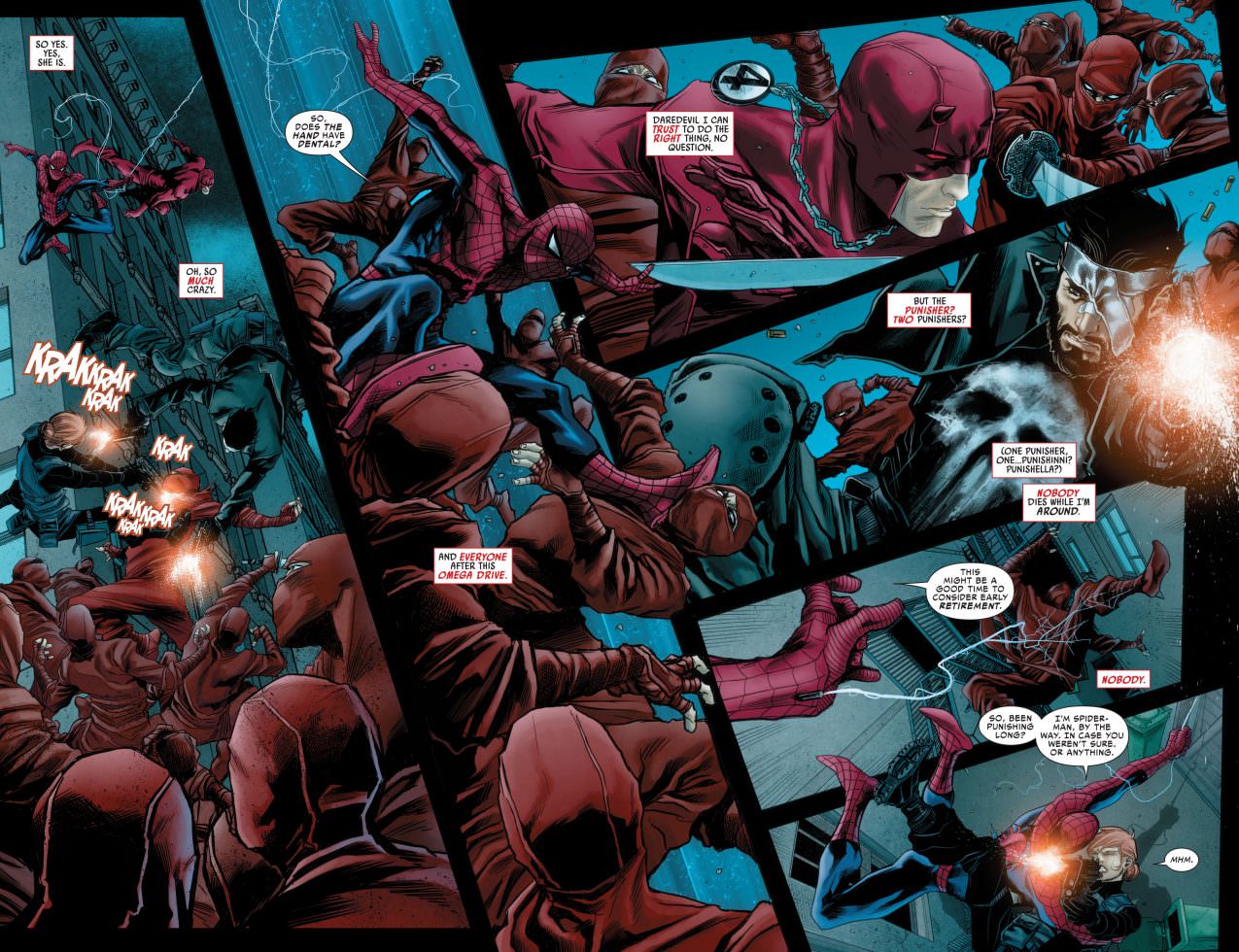 
1) Bullseye
Bullseye is Daredevil's most well known and potentially most evil villain.  Bullseye has different powers that Daredevil but they allow him to hang and battle with Daredevil.  Bullseye has no compunctions about hurting others and will often use that for a strategic advantage in his battles with the Devil from Hells Kitchen.  The one thing that Daredevil has that Bullseye does not is the willingness to sacrifice everything to win.  This has been just enough to tip the scales on more that one occasion in Daredevil's favor. 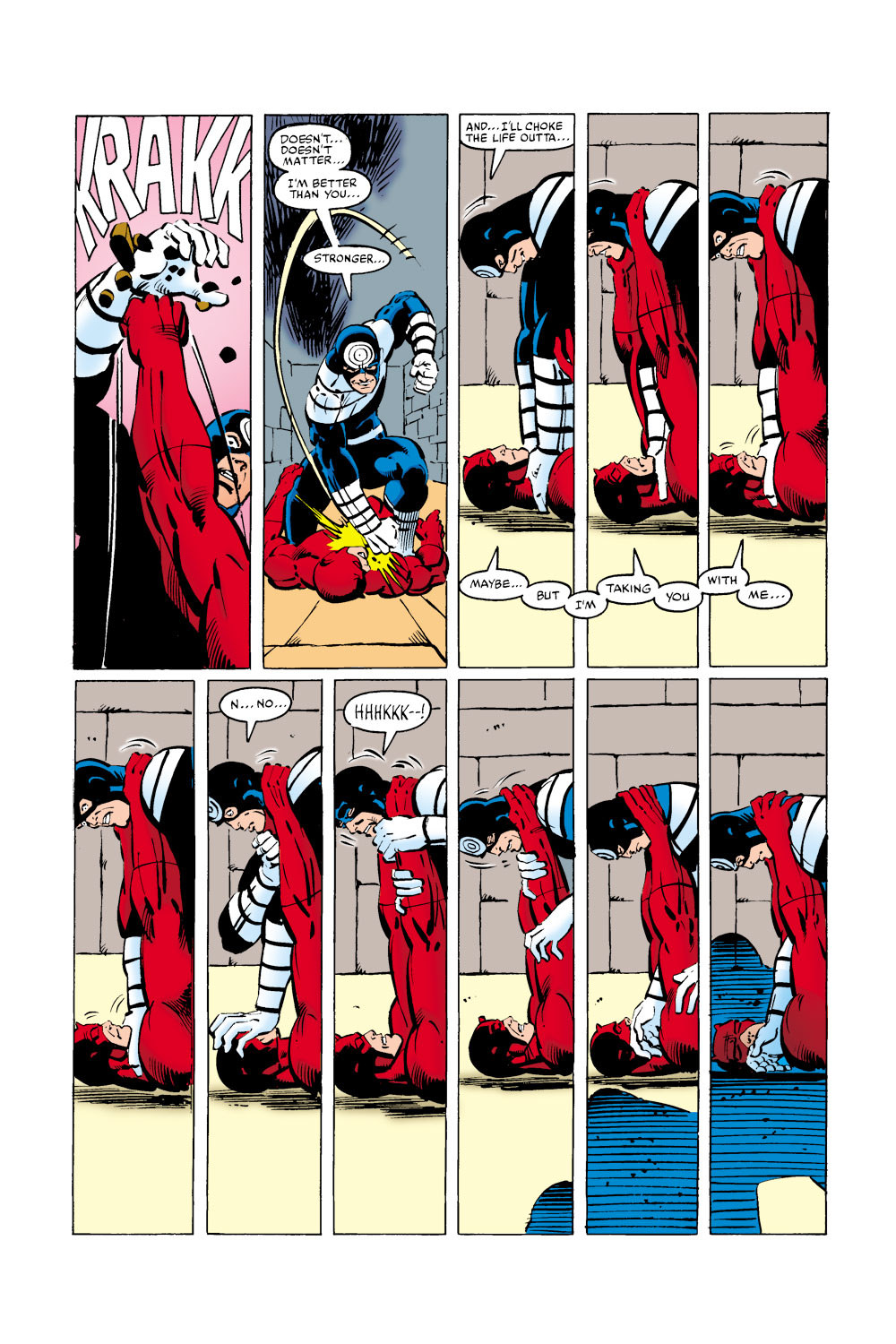