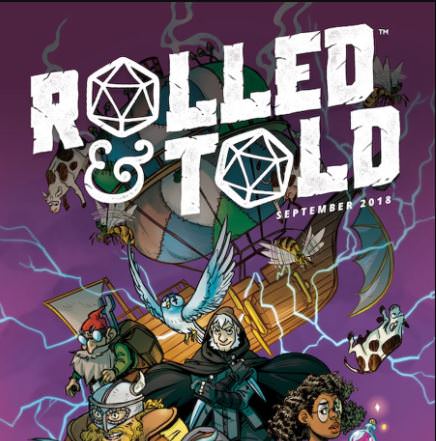 Preview of Rolled and Told

One observation I made at Denver Comic Con is that D&D was on the rise. There was more excitement at merchant booths around D&D and also many D&D cosplayers. The amount of people I saw there who were fans of the D&D show Critical Role was crazy. With that observation in mind the latest series being planned by Lion Forge seems to make a lot of sense, it is a comic based around tabletop rolling fantasy called Rolled & Told.

Rolled and Told is not strictly a D&D comic.  I don't expect to focus on D&D characters, places or monsters from the Forgotten Realms but it can focus on the culture in the Pathfinder and D&D circles.

I look forward to checking this out.

More from Lion Forge below: 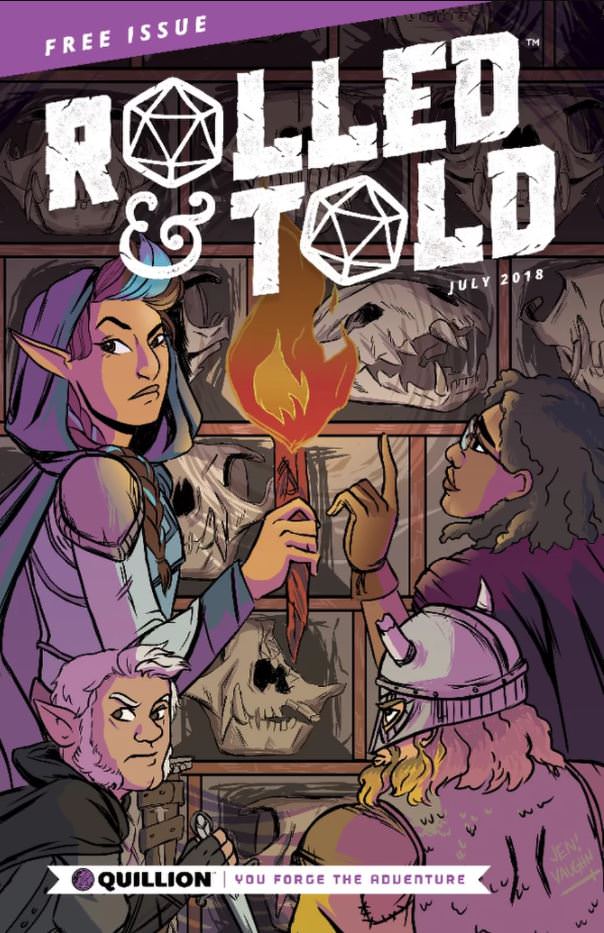 Lion Forge has been a market leader and champion of authentic representation across genres, from the proprietary superhero universe of Catalyst Prime to multiple imprints encompassing comics for readers of all ages. Today, the St. Louis publisher announces plans to move into the gaming space with a new imprint and flagship hybrid publication: Rolled & Told!

“As a mission-driven publisher, art and storytelling are at the core of what we do. Tabletop gaming is driven by storytelling and art. It’s about creating an interactive environment for participants to engage in entertainment where they don’t just see themselves in the stories, they put themselves in the stories,” says Lion Forge president, Geoff Gerber. “Our Quillion imprint will be about ‘Games for Everyone’ and encouraging new audiences to tell their own stories. It is about inspiring an inclusive community of players today to ensure we have a vibrant community of storytellers tomorrow.”


“For me, Rolled & Told is the best thing I never knew I was missing until I saw it put together in all its magnificent glory. It feels both familiar and groundbreaking at the same time. You get fun, wild, and over-the-top adventures. Those adventures are jam-packed with not only awesome and stylish art, but also a comic driven directly by one of the adventures!” says Lion Forge lead game designer, E.L. Thomas. “For an old-school game master like myself, it’s a privilege to work with such talented people and an honor to be part of what is surely going to be a staple on many a game table for years to come.” 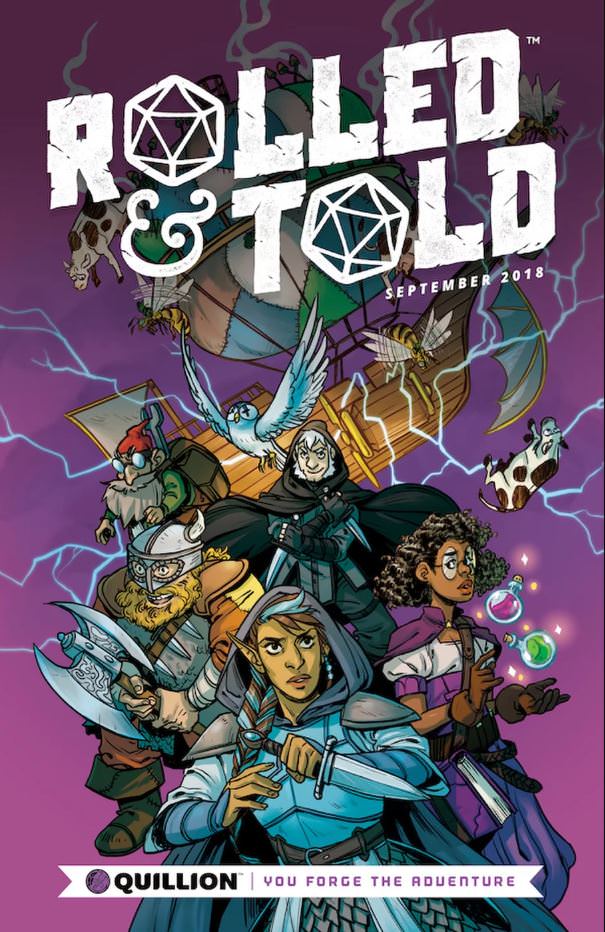 The first release under the Quillion banner will be Rolled & Told, a publication combining the thrill of tabletop role-play with the storytelling of comics in a monthly comic book format. Rolled & Toldbrings a ready-to-play, fun adventure for one of gaming’s favorite tabletop role-playing games, alongside beautiful illustrations, comics coinciding with each full adventure, as well as instructive articles. Rolled & Toldenhances gameplay for new and old game masters alike.


Fans of comics and gaming alike will get their first taste of this exciting new publication at Comic-Con next month, where Rolled & Told will premier in a special free issue No. 0, featuring a “barcrawl” like no other! It's not every day you find a tavern with a dungeon challenge built in its basement! “The Thunderlock Barcrawl” puts players in an adventure that is part proving ground, part extreme sporting event, in the hope of adding their names to the illustrious “Wall of Crawlers.”

Rolled & Told No. 1 will be solicited in Diamond’s July dated PREVIEWS catalog, to be released in September, just in time for back-to-school Friday night gaming!
on June 19, 2018