Domino Annual - Hold the phone, is that CABLE! 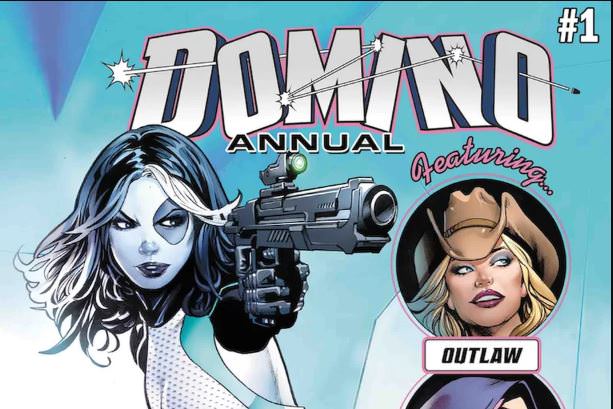 Domino Annual - Cable to make Appearance?
Domino's solo series has been a bright spot at Marvel selling pretty well and hitting high critical marks with the Gail Simone written stories.  This cover by Greg Land also looks awesome.  It seems like the series was just started to me so in a way its weird to be talking about an annual already.  However, this is the comics business and things move fast.

Because you demanded it! The runaway success of Domino’s solo series has had fans and retailers clamoring for more stories in her world, and readers have fallen in love Neena Thurman all over again!

“Everyone’s been asking where this partnership between Domino, Diamondback, and Outlaw began,” says series editor Chris Robinson. “But there’s so much to cover in the present with Domino’s newest antagonists that we couldn’t take a pause from the action. When the opportunity arose to break that story in Domino Annual #1, the team jumped at it!”

But that’s not all! Cable and Colossus, two of Domino’s most requested ex-flames make a return – but one reunion will prove to be bittersweet. Find out which this September, when DOMINO ANNUAL #1 hits comic shops! 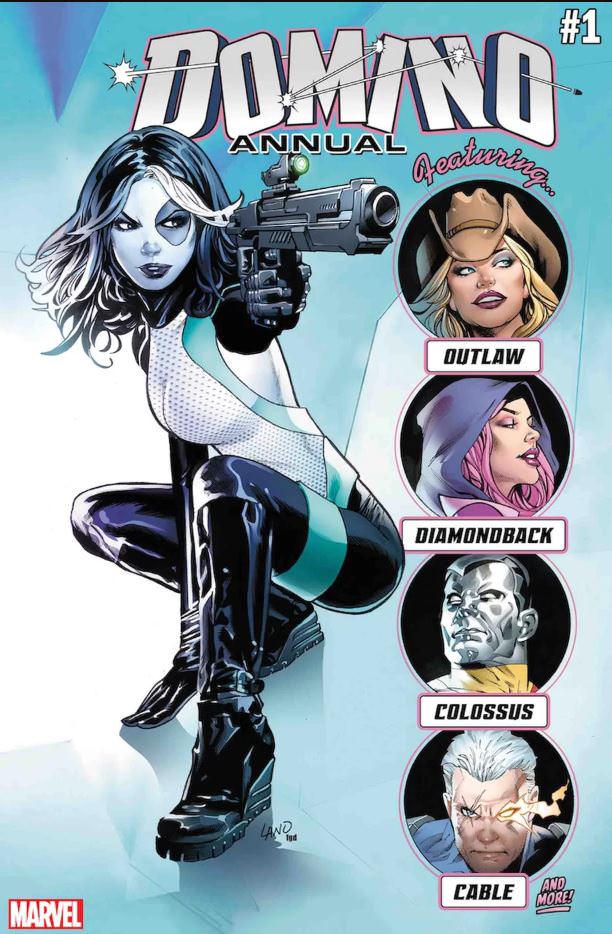