Want to own your own Comic Publisher? How about Space Goat? 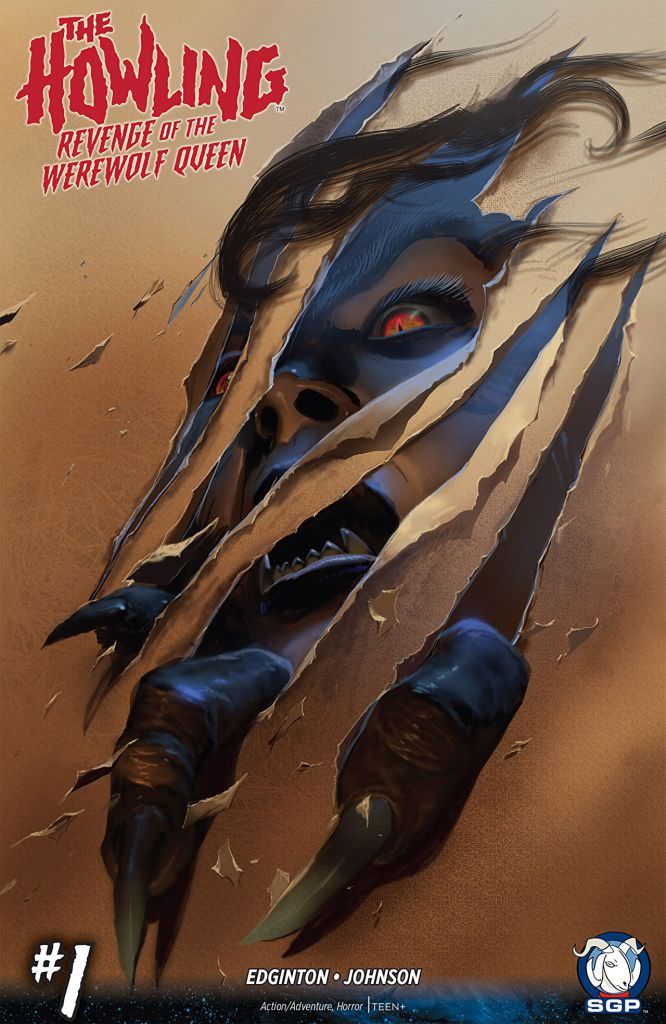 Space Goat to sell micro shares of itself through Wefunder.com


Space Goat is a comic publisher that always seems to be willing to try new things. The company acts as a one part publisher and another part design studio selling artistic services to corporations, comic creators and game makers. The company's most well known license is likely Howling best known from the 1981 film "The Howling". The license used by Spacegoat to create a 4 issue series Revenge of the Wolf Queen and a Howling Board Game.

Spacegoat also created an interesting initiative last year where they invited various retailers to form a group to give the small publisher advice.

Now Spacegoat is trying something even more unique.  They are going to use something called Wefunder so comic fans can buy a small part of the company and effectively own part of a comic book publisher.  See the press release from Space Goat below:

In a bold move to allow fans to become even more invested in a company they support, Space Goat Productions will launch a fundraising campaign via equity crowdfunder Wefunder.com. Investors will join a community of other investors who seek to help SGP expand their presence in the board game and comic book marketplaces--and own micro shares of the publisher in the process. The fundraising campaign will run for a period of 45 days.

“We want to make cool stuff with and for fans,” stated Founder and CEO Shon Bury. “It's a core tenant of our mission. Equity crowdfunding provides the perfect opportunity to show our fans how sincere we are,” he continues. “We aren’t the first comic-book company to ever offer shares to fans, but we are taking it one step further by allowing anyone to buy a micro share for just $100 and by offering our Kickstarter backers a 20% discount if they elect to buy-in at this funding round. We are also offering a great perk to comic book retailers. That’s how much our crowdfunding community and retail partners mean to us.”

On May 2016, thanks to a law called Regulation Crowdfunding, it became legal for everyone to invest small amounts of money in the companies they believe in. Wefunder was created to provide an easy avenue for regular people, not Wall Street experts, to actually become stakeholders with the companies they already support with purchases. This form of funding fit perfectly into the long range plans and overall vision of Space Goat Productions and its CEO Shon Bury. This next step has been in the works for over a year.

Visit the campaign at www.wefunder.com/spacegoat

Created in 2006, Space Goat Productions has 150 years of combined experience producing comic books, tabletop games, video games, commercial art, and concept design. They have worked on global brands and produced commercial art with Blizzard Entertainment, Riot Games, Marvel Comics, DC Entertainment, Disney Interactive, Nike, Universal City, Penguin, Capstone, Scholastic, and more. Space Goat is the publisher of the Evil Dead 2 and The Howling comic books along with their line of Backpack Editions, graphic novels designed to fit in the backpacks of a diverse readership. Their new tabletop game division, Space Goat Play, launched with the Evil Dead 2, Terminator, and The Howling Board Games to critical acclaim. For more information please visit www.spacegoatpublishing.com, www.merchgoat.com, and on Facebook at www.facebook.com/spacegoatpublishing
on May 03, 2018