D&D to reveal new Adventure in Stream of Many Eyes 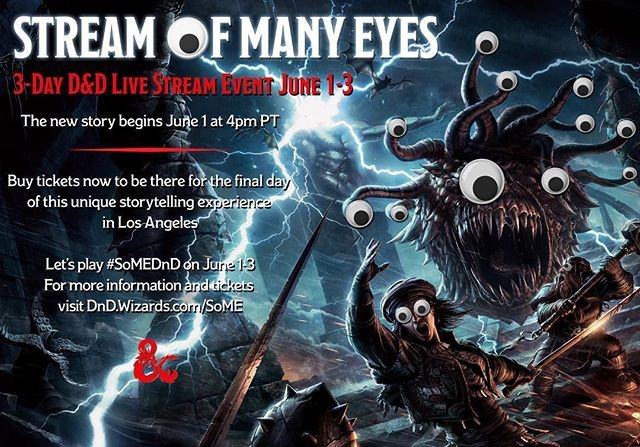 Stream of Many Eyes to reveal new D&D Adventure!

Update
The title and theme of the book has been released and its a doozy.   Waterdeep Dragon Heist. 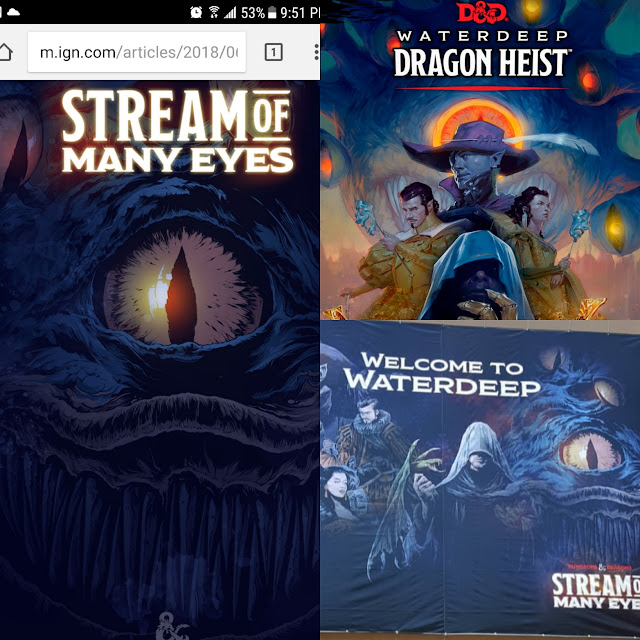 Original Post
One of the things that is making the current surge in popularity in D&D versus different than in the 80s is the online shows devoted to it, the actors, and scene around it.  There are not legitimate D&D celebrities.  This is very different than nerds collecting in dark rooms and basements and playing where no one could see.  There is a boldness, and really infects everything about D&D right now.  People who play D&D are proud, they wear t-shirts about it, post it on Instagram and even talk about it at work.  The differences are very pronounced and its even changing how a D&D book is launched.

D&D's next adventure is going to be revealed at an event that feels like Apple Product Unvieling, or a cool comic con panel.  The company is going to bring out their experts and the celebrity players like Force Grey and Critical Role.  I honestly have not fully processed exactly what this cultural shift means, but generally I think its good.  I think people today are getting more and more disconnected and D&D is a great way to connect with people in a very human way.

They have not released much about this new adventure but you can watch the "Stream of Many Eyes" on their Twitch channel starting on Friday 4pm PT.  You can also buy tickets and join the event in LA.

Another book is also coming out later this month in Mordenkanens Tome of Foes.

Press Release on Stream of Many Eyes

The Stream of Many Eyes starts at 4pm PT on Friday, June 1st, with a visual tour of the studio led by host Anna Prosser Robinson and a roundtable conversation with the D&D team on the new storyline and what makes it so exciting. Dungeons & Dragons will then present live D&D play sessions with Force Grey & Dice, Camera, Action.

On Saturday, June 2nd, the livestream kicks off at 10 AM PT with Sirens of the Realms. Saturday’s games will feature well-known D&D gaming group Girls, Guts, Glory as well newer groups Rivals of Waterdeep and Dark & Dicey, all previewing content from the new story. The entertainment will run all day, wrapping up at 7 PM PT.

Four groups will perform on Sunday, June 3rd, beginning at 11 AM PT and streaming until 8 PM PT. Games will include members of Critical Role, High Rollers, Force Grey and the entire cast of Dice, Camera, Action performing together in costume for the first time.