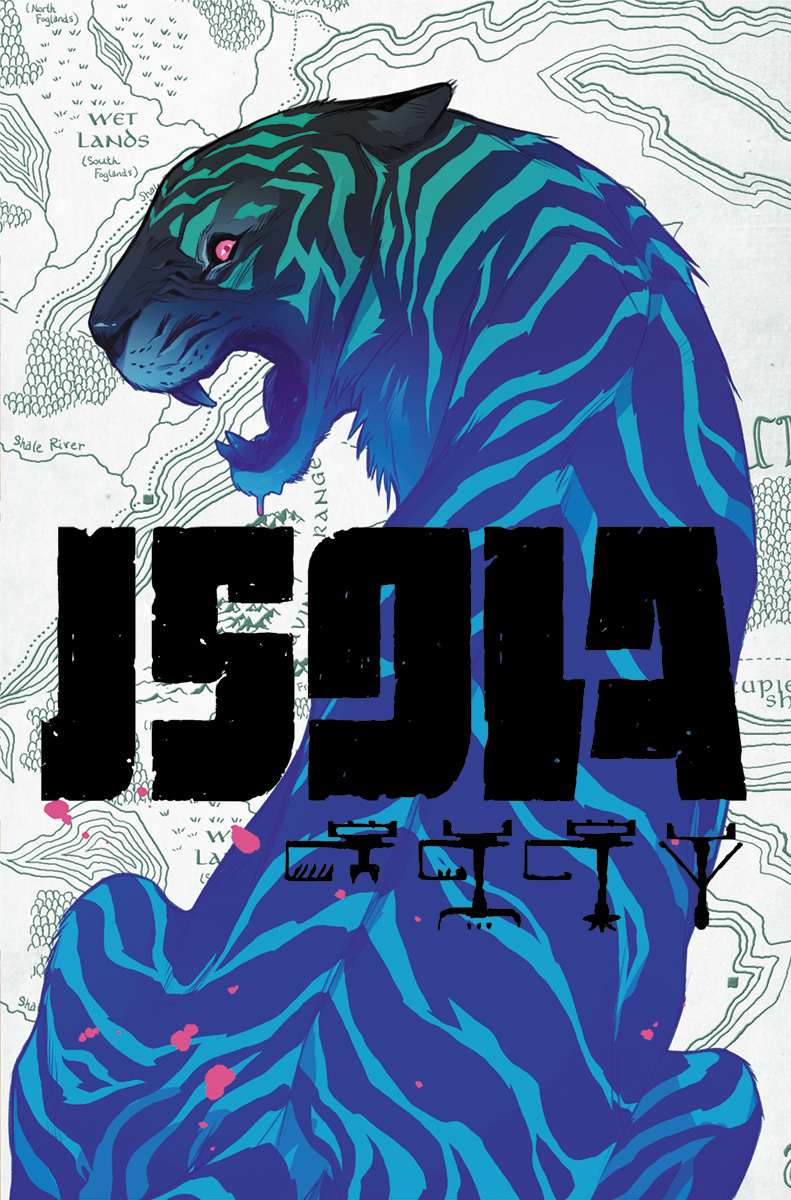 2018 is off to a pretty strong year in comics.  I really have enjoyed the comics from all the major players and there have also been some delightful and thought provoking comics from the independents.  Of the the new comics launched in 2018 the two that I have liked the most are Isola and Analog.  Analog has an interesting concept and the promise of diving into political and technological concepts of our day.  Isola by contrast is fantasy escapism.  I know all readers and movie goers have seen fantasy escapism but something about Isola feels different.  The book has bitten me hard and I have now reread it 3 times after the original.  That is a sign of a good book, it beckons you back.

Isola is recommended for fans of Hayao Miyazaki and it does have some of the fantastic and story qualities that are likely to appeal to those fans.  I do think the forumla used is a little different that Miyazaki.  Isola feels in many ways as a merger of east meets west in terms of graphic story telling.  Miyazaki is known for creating a sense of wonder, and I did get that feeling in this comic.

It does not surprise me that orders are rising for Isola #2 which is due to hit shelves on May 9th.  A 2nd printing of Isola #1 is also in the works. 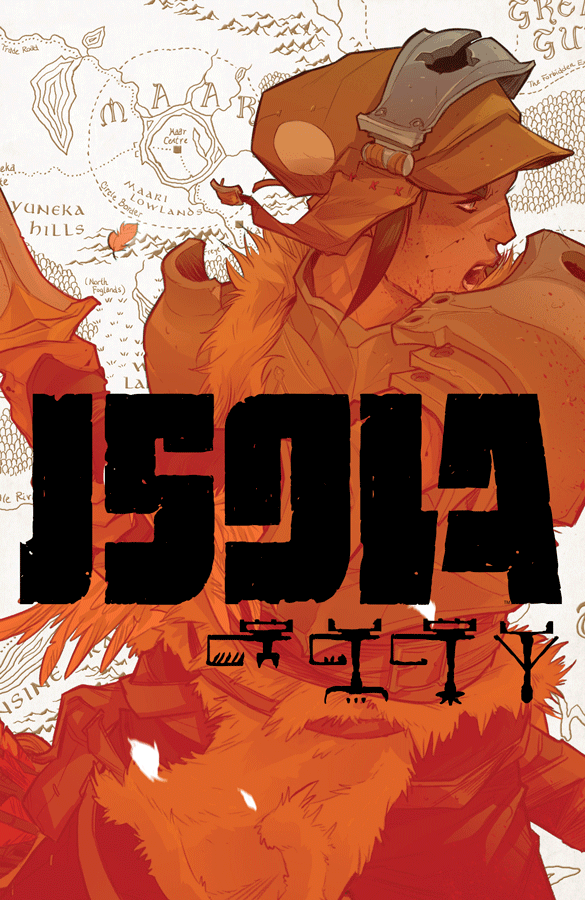 Childhood friends BRENDEN FLETCHER (MOTOR CRUSH) and Eisner Award-winning storyteller KARL KERSCHL (Gotham Academy) reunite on the comics page with a breathtaking fantasy adventure two decades in the making! The captain of the Royal Guard has fled the capital city with the Queen of Maar, suffering under the effects of an evil spell. Captain Rook’s only hope of returning Queen Olwyn to her throne and saving the kingdom from impending war lies on an island half a world away—a place known in myth as Isola, land of the dead. Featuring lush color work by MSASSYK (Gotham Academy) and letters by ADITYA BIDIKAR (MOTOR CRUSH). Recommended for fans of Studio Ghibli and the work of Hayao Miyazaki. -


The story itself is not jam packed action but never dull either.  It moves fluidly from travel to action and to drama.  One of the reason I have read Isola a few times is trying to figure out its formula.  The book is quiet.  One of its main characters can not speak and most of the words come from the other character, Rook.  The reader is left watching the pair travel and listening to Rook's monologue.  There is a tremendous amount of mystery in the book as we are not given clear facts as to who the characters are, or what has happened to them.  The world they live in itself is something as mystery.  One part of the story reveals a large dead creature as if to say, Dorothy you are not in Kansas anymore.  Rook herself is frustrated and confused by her circumstance and this allows both the reader and the main character to begin working out her situation together. 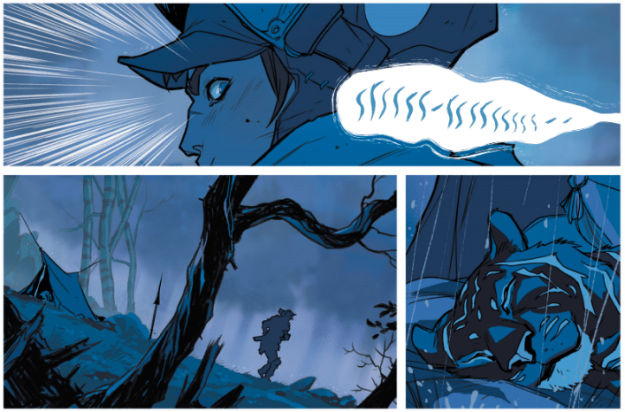 From an art perspective its gorgeous.  I would not call hyper detailed, or realistic, its more of an elegantly designed simplicity.  The panels and visual story is well thought out and compelling. Pages without words continue to speak though silent.  The use of color also lends itself to setting emotional tones of the characters as they travel through fantastical landscape.

With the hunting clans closing in, Captain Rook leads the Queen to a city in ruins on a desperate mission to resupply. Unbeknownst to them, however, a new danger awaits within the broken walls—someone with a connection to Rook’s past! Recommended for fans of Studio Ghibli and the work of HAYAO MIYAZAKI.
Digital : $3.99
Print: $3.99 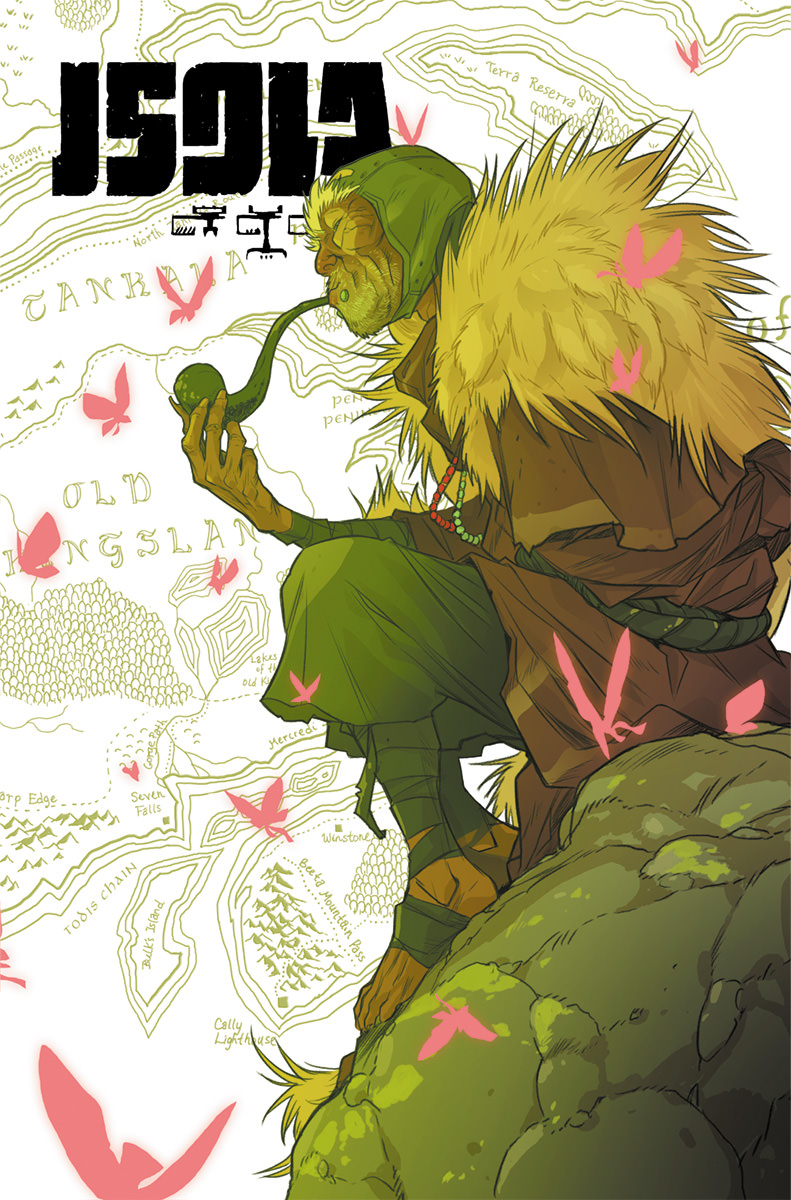 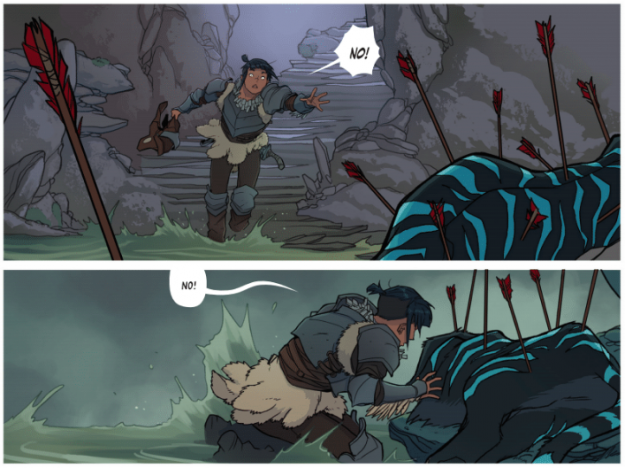 You can blame Aeon River for this Sh BEEP:
Yell at me on my Facebook or ya know just stop by and say hi.  I am mostly active.  I am nice all the time that I am not being a complete and total dick.
https://www.facebook.com/aeon.river.54