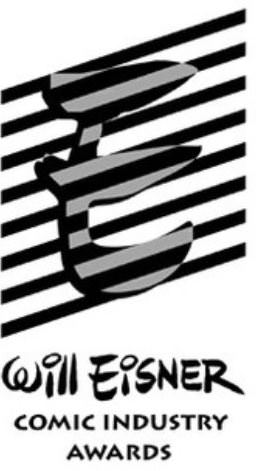 Eisner nominations have been released for the 2018 awards.  The Eisner is the comic book equivalent of the Oscars and like the Oscars I like to look through nominations to see who made it that I liked and also to determine what I missed.

A couple of Toylab Thoughts:
Perusing through the list I was happy to see that  Jeff Lemire was recognized for his Black Hammer seires, Matt Kindt for XO Manowar and Tom King for both Batman and Mister Miracle.  I still think XO-Manowar was the best book of 2017.

A couple of comic books that I have not read that I need to check out are Tea Dragon Society and Monstress.

One sad / amusing thing I noticed  is that Marvel received awards primarily for two comics that no longer are active with Black Bolt and Hawkeye showing up here.  It would be nice if some of these series were maintained to the point that fans could still check them out after the Eisner was announced.  The Black Bolt series that received awards does deserve to be on the list.  While overall I have felt that the Inhumans overstayed their there welcome and were pushed too heavily the Black Bolt series was very good and went in a very different direction.  I'd say it was the all around best Inhumans based work ever and I'd put it above the War of Kings Cosmic stories that I loved.


Comic-Con (Comic-Con International) is proud to announce the nominations for the Will Eisner Comic Industry Awards 2018. The nominees are for works published between January 1 and December 31, 2017 and were chosen by a blue-ribbon panel of judges.


Once again, this year’s nominees in 31 categories reflect the wide range of material being published in the U.S. today in comics and graphic novel form, representing over 120 print and online titles from more than 50 publishers and produced by creators from all over the world.


Among publishers, Fantagraphics and Image top the list with the most nominations. Fantagraphics’ 16 nominations include the 5 for My Favorite Thing Is Monsters, plus 2 for Cathy Malkasian’s Eartha. Fantagraphics can boast 2 out of the 5 nominees for Best Graphic Album–New, Best U.S. Edition of International Material, Best Writer/Artist, and Best Comics-Related Book. Image has 13 nominations plus 5 shared. In addition to Monstress, nominated Image titles include The Wicked + The Divine (Best Continuing Series), 3 of the 5 nominated Limited Series (Extremity, Maestros, and Royal City), and Beowulf, by Spanish creators Santiago García and David Rubín (Best Adaption from Another Medium, plus shared nominations for Rubín for Penciller/Inker and Coloring).


DC, IDW, Dark Horse, and Marvel have numerous shared nominations each (mostly in the writing, coloring, and lettering categories), making totals difficult to pin down. DC has 9 nominations and 2 shared, Dark Horse has 7 nominations and 6 shared, while IDW and Marvel both have 7 nominations and 1 shared. The majority of DC’s nominations are for The Flintstones and Mister Miracle. Dark Horse nominees besides Black Hammer include 2 in the Adaptation category (H. P. Lovecraft’s The Hound and Other Stories and Herman Melville’s Moby Dick) and 2 for Will Eisner: The Centennial Celebration 1917–2017 (published in conjunction with Kitchen Sink). IDW has nominees in the Kids, Reality-Based, International, and Archival categories. Its 2 Reality-Based nominees are Calamity Jane: The Calamitous Life of Martha Jane Cannary, 1852–1903and Lennon: The New York Years, both from European creators. In addition,Flight of the Raven by Jean-Pierre Gibrat (published by EuroComics/IDW) is nominated for Best U.S. Edition of International Material and Best Painter. Marvel has 2 Limited Series nominees: Black Panther: World of Wakanda and Ed Piskor’s X-Men: Grand Design. Other Marvel nominees include Hawkeye for Best Continuing Series and Black Bolt for Best New Series.


Additional publishers with multiple nominations include BOOM! with 6 nominations plus 1 shared, Nobrow with 5, and Andrews McMeel with 4 (2 each for the kids/humor book Wallace the Braveby Will Henry and the archival collection Celebrating Snoopy). Five companies have 3 nominations each: Drawn & Quarterly, First Second, Groundwood Books, Lion Forge/Magnetic, and Short Box. Twelve publishers have 2 nominations each, and another 39 companies or individuals have 1 nomination each.


Voting for the awards is held online, and the ballot is available at www.eisnervote.com. All professionals in the comic book industry are eligible to vote. The deadline for voting is June 15. The results of the voting will be announced in a gala awards ceremony on the evening of Friday, July 20 at Comic-Con in San Diego.


The voting in one Eisner Awards category, the Hall of Fame, is already completed. The judges chose the nominees earlier this year, and voting was conducted online.


The Will Eisner Comic Industry Awards are presented under the auspices of Comic-Con, a nonprofit educational organization dedicated to creating awareness of and appreciation for comics and related popular artforms, primarily through the presentation of conventions and events that celebrate the historic and ongoing contributions of comics to art and culture. Jackie Estrada has been administrator of the Awards since 1990. She can be reached at jackie@comic-con.org.


More information about the Eisner Awards can be found at http://www.comic-con.org/awards/eisner-awards-current-info


“Ethel Byrne,” by Cecil Castelluci and Scott Chantler, in Mine: A Celebration of Liberty and Freedom for All Benefiting Planned Parenthood (ComicMix)

”A Life in Comics: The Graphic Adventures of Karen Green,” by Nick Sousanis, in Columbia Magazine (Summer 2017), http://magazine.columbia.edu/features/summer-2017/life-comics?page=0,0

“Trans Plant,” by Megan Rose Gedris, in Enough Space for Everyone Else (Bedside Press)

What Is Left,by Rosemary Valero-O’Connell (ShortBox)

Best Publication for Early Readers (up to age 8)

Home Time (Book One): Under the River, by Campbell Whyte (Top Shelf)


A Bunch of Jews (and Other Stuff): A Minyen Yidn,by Max B. Perlson, Trina Robbins et al. (Bedside Press)

Elements: Fire, A Comic Anthology by Creators of Color,edited by Taneka Stotts (Beyond Press)


Audubon: On the Wings of the World,by Fabien Grolleau and Jerémie Royer, translated by Etienne Gilfillan (Nobrow)

The Best We Could Do,by Thi Bui (Abrams ComicArts)

Best Adaptation from Another Medium


Audubon: On the Wings of the World,by Fabien Grolleau and Jerémie Royer, translated by Etienne Gilfillan (Nobrow)

Run for It: Stories of Slaves Who Fought for the Freedom,by Marcelo D’Salete, translated by Andrea Rosenberg (Fantagraphics)


Jorge Corona,No. 1 with a Bullet (Image)


Emil Ferris, My Favorite Thing Is


Rosemary Valero-O’Connell, What Is Left (ShortBox)


How to Read Nancy: The Elements of Comics in Three Easy Panels,by Paul Karasik and Mark Newgarden (Fantagraphics)


Line of Beauty: The Art of Wendy Pini,by Richard Pini(Flesk)


To Laugh That We May Not Weep: The Life and Times of Art Young,by Glenn Bray and Frank M. Young (Fantagraphics)


The Comics of Charles Schulz: The Good Grief of Modern Life,edited by Jared Gardner and Ian Gordon (University Press of Mississippi)


My Favorite Thing Is Monsters,designed by Jacob Covey (Fantagraphics)


Dispatch from a Sanctuary City, by Mike Dawson, https://thenib.com/dispatch-from-a-sanctuary-city (The Nib)