Who is Pamela Milton in The Walking Dead? 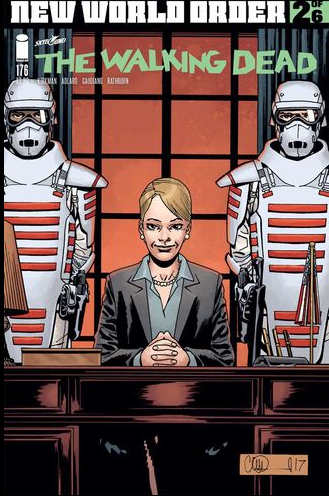 Pamela Milton is the leader of the Common Wealth.  A large group of survivors in the universe of the Walking Dead.  The Common Wealth is the largest group encountered by the survivors led by Rick Grimes.  They are suggested to number around 50,000.

"People need something to do. We've provided that. Civilization is a machine. All the parts have to go in the right place for it to work. That'swhat we've done. It was a painstaking process, but we've discovered all the wheels and belts and screws and cogs and connected them to the engines. (...) Civilization is a big engine. It can't move unless all the engines work in tandem to move in the same direction. You know what happens if we don't...? Chaos."—Pamela to Michonne in Walking Dead 176 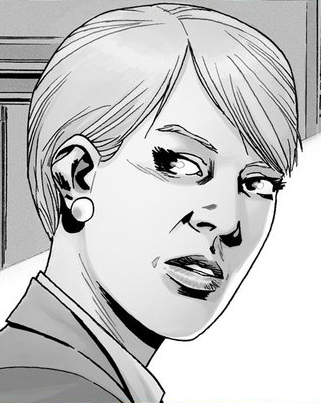 It is not clear what Pamela's background was prior to the Zombie Apocalypse.  Presumably she was a a politician of some sort.  She does seem to be the leader behind the largest, most technologically advanced group encountered by Rick Grimes.

It is unclear if the Common Wealth will become enemies or foes of the survivors.