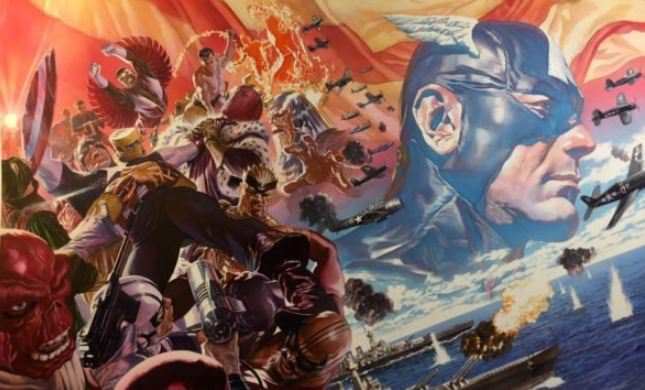 Ta-Nehisi is going to write Captain America.  Issue number of the first series is  scheduled coming out on July 4, 2018.  The comic also boasts a Marvel rockstar artist team up of  Leinil Yu for the interiors and Alex Ross on covers.

Coates announced his new project in the The Atlantic where he is quoted as saying:

“I think it’s a really exciting time to be writing CAPTAIN AMERICA right now,” says Coates, “The country is in an interesting place, and I look forward to inhabiting Steve Rogers’ character—this guy who has been a sort of awkward fit for the world, ‘out of time’ as people say. I hope fans are excited to see something different, and I think there are some really compelling villains old school Captain America fans and Marvel fans will be familiar with.”

For what he plans for Steve's journey to be about he says:

“I think Steve is still figuring out where he fits into things. Does the country still trust him? Do people still trust the country? How do the other characters feel about him? This book is ultimately about relationships, and I’m a huge fan of that. I want to explore how he looks at this country and those close to him. It’s going to be a fun ride, and a perfect place for new readers to jump in.”

In era where writers have come under fire from both the right and left for being too political Ta-Nehisi has been heralded as one of Marvel's top writers for his work on Black Panther despite having a deeper history of activism and radical than any other Marvel writer.  The story "A Nation under Our Feet" is far from non political and if anything is heavily layered political arguments embedded into a superhero story.  It had an edge to it, but they were woven so expertly and that they avoided being easily classified.

It will be interesting to see what he brings to Captain America and where he takes the character.  Steve Rogers has been on an interesting ride lately himself.  Someone broke down the past 5 years of Captain America and was something like Dead, Alive, Old, Young, Not Cap, then Cap, Then a Hydra Agent.  I really don't envy any writer trying to take on all of that, but Ta-Nehisi's idea is a good one.  Take the character back to his simplest roots of being a man out of time, struggling to find his place in the modern world.

I look forward to picking this up on July 4th.