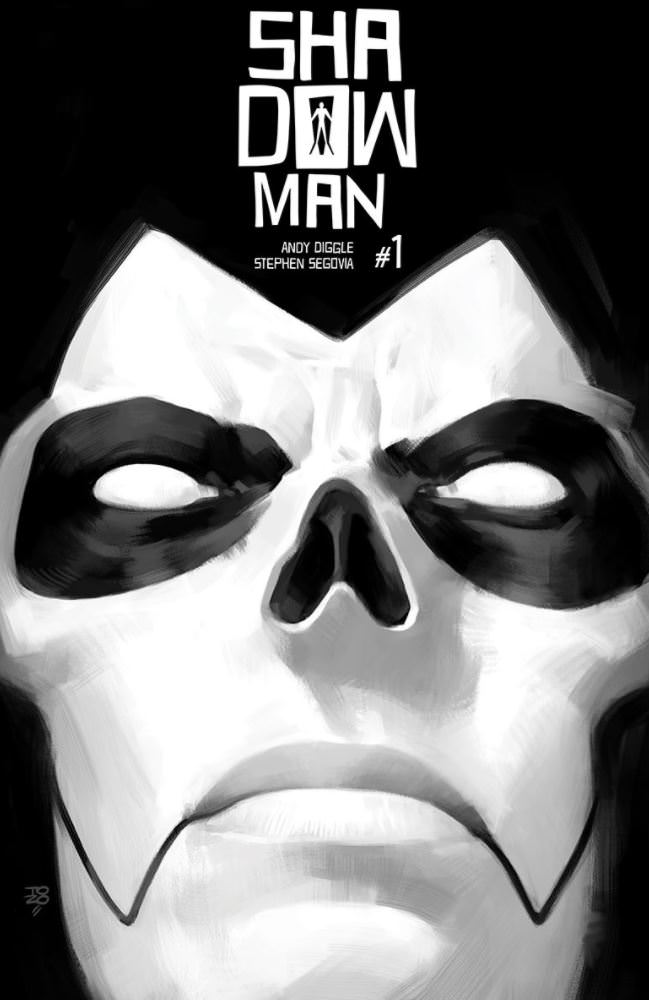 Art work has started to come out from Valiant on the Shadowman series that will start in March 2018.  Shadowman is my personal favorite character at Valiant though I have grown to love Livewire, XO-Manowar, Bloodshot and Ninja-K.  Something about Shadowman though strikes a deeper chord than all the others, he really feels like a product of the 90s of his era and the era I was a kid in.  I think that his birth in the 90s makes him automatically a bit different than characters from the 50s and 60s that make up the big pillar characters of the big 2 company's.  Shadowman was the dude of Valiant and he was in the 90s.

Shadowman is coming!  Shadowman is coming!  I am so excited I want to yell down and scream it like Paul Revere.   To put this in perspective this is like Valiant's Super Man series starting after a long hiatus.  Its a big deal.  Is Shadowman like Super Man in any other way No.  He is straight 90s! Dark, menacing, hints of a anti-hero, flawed and with awesome powers that kind of scare you.

Ok crap now I have that portlandia song stuck in my head "The 90s are alive in Portland"  Awww crap.  Seriously, though picking up a Shadowman comic for me is like being transported back into the time of Nirvana and Tupac.

Also since I already mentioned Portland I would remiss if I did not mention that Voodoo Donuts in Portland will be selling special Shadowman themed Donuts as a promo.  There is a Voodoo Donuts in Denver however I don't think the Denver location is participating.   These were created for the comicspro event on Feb 23, I am not sure if they are still being sold or not.  However, I think getting Voodoo Donuts on March 28th to go along with Shadowman #1 release is an awesome idea and I may just do that.  Stay tuned to the Toylab Instagram on that day!

This particular version of Shadowman looks different than the last for a few reasons.  First the quality of Valiant has been top notch for the past couple of years.  Their books have freaking delivered in every way.  Each book has high quality art inside and out, with dramatic cohesive story telling.  The story telling at Valiant also has been unique in that their books have been allowed to start and finish arcs without being interrupted by giant Comic Events.  Its been a nice ride.  Each one has managed to be unique and tell its own story, with writers supplying their voice.  The art for each series has been well maintained by giving each artist enough time to supply their style of art.    I have handed Valiant books out to friends recently who were initially dismissive of Valiant and their reaction is always "Holy Sh#$#! this is F#$#ing great!" and I'm like yeah I know that is why I am telling you need to start reading them.

I want to share some art from it and also post some of the recent news that its been coming out from the Valiant Voice Newsletter.  On top of the series having impressive art, they also have plans for the series for the full year with a cool book planned for Halloween.  Basically fans can expect a regular monthly series with awesome art, cool story and with Valiant biggest character, Sign me up. 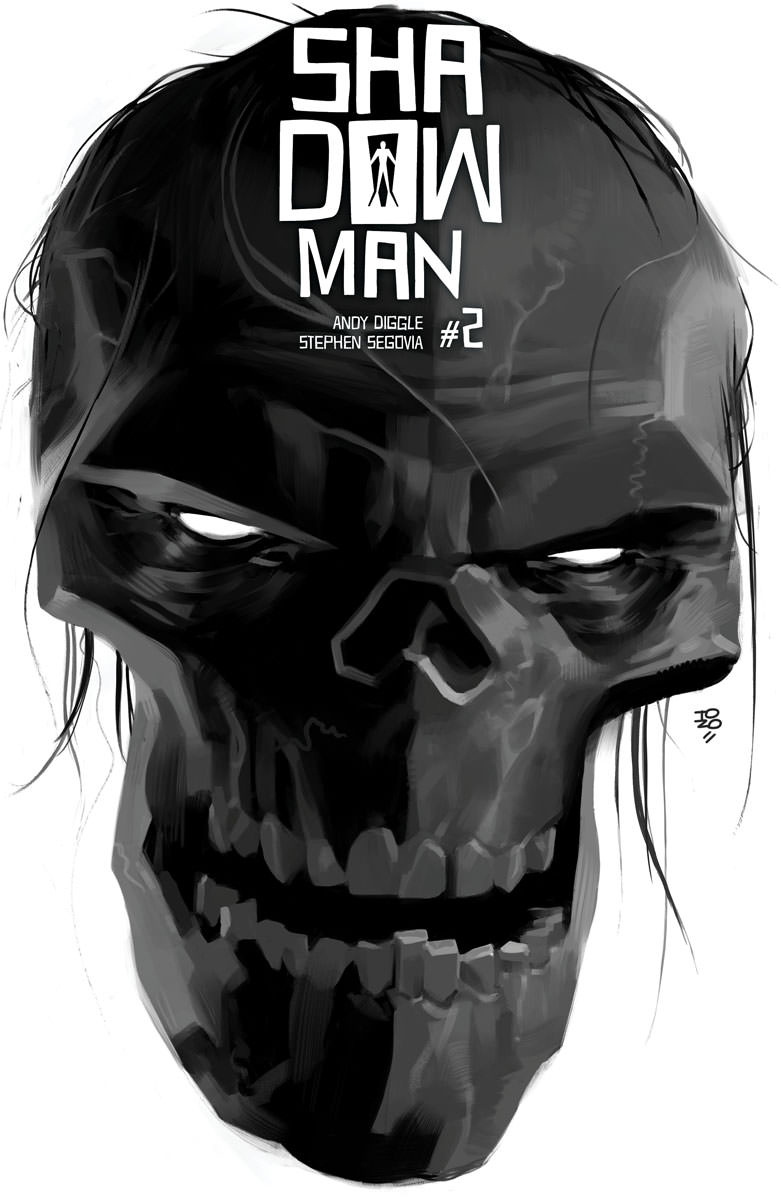 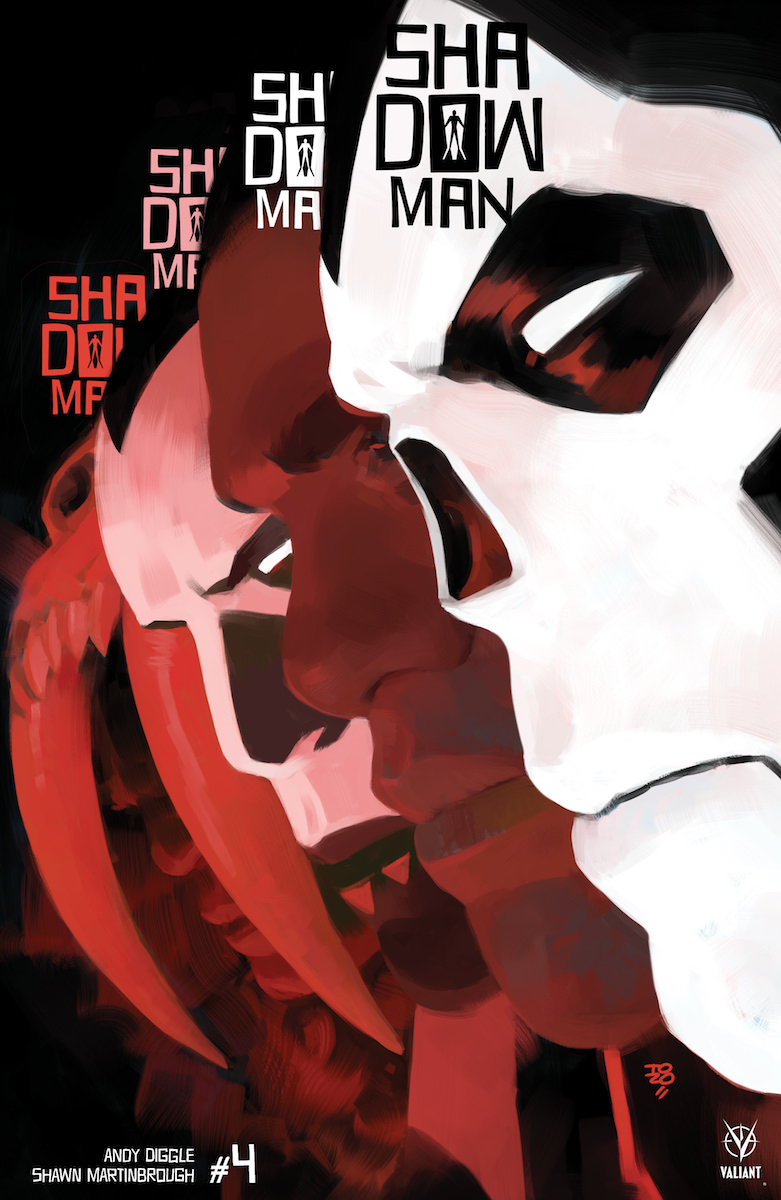 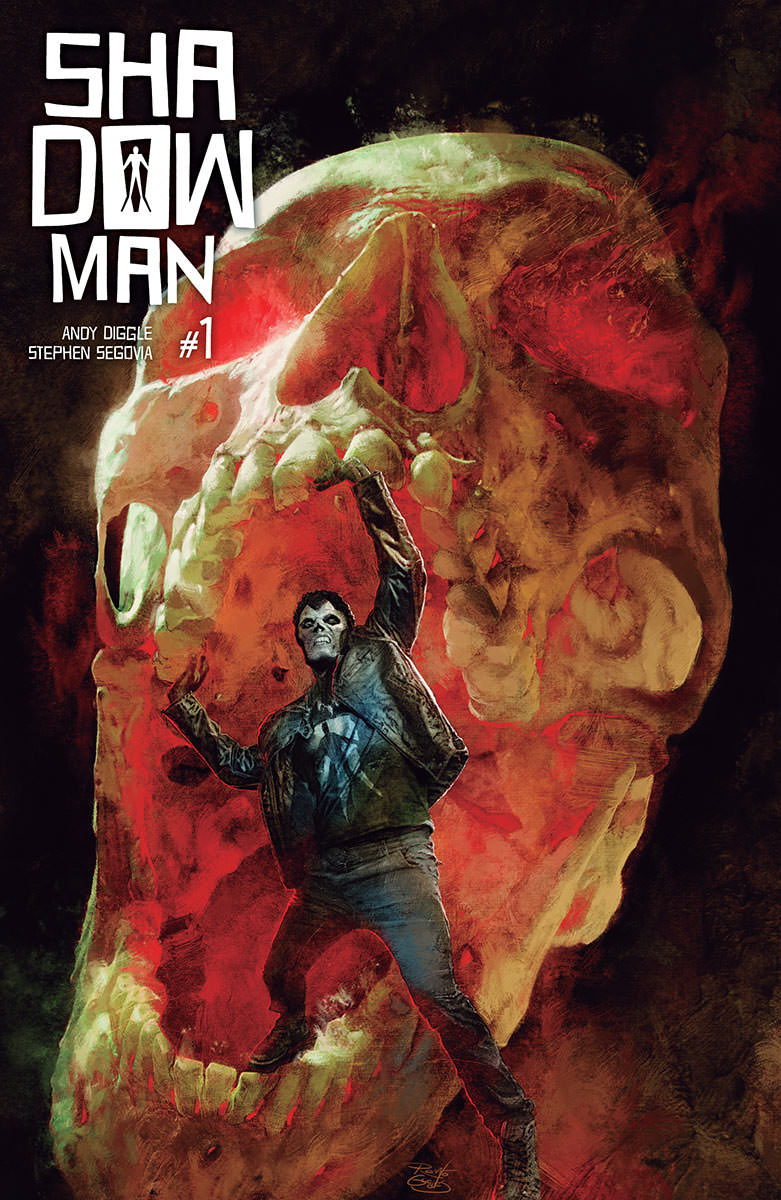 As first revealed at Newsweek’s Player One, Valiant is proud to reveal an extended look inside the pages of SHADOWMAN (2018) #1 – the FIRST ISSUE of A POWERFUL NEW ONGOING SERIES from acclaimed writer Andy Diggle (Green Arrow: Year One, Daredevil) and explosive artist Stephen Segovia(NINJAK, Action Comics)! On March 28th, in the epic tradition of X-O MANOWAR and BLOODSHOT REBORN, Jack Boniface storms to the forefront of the Valiant Universe – more powerful, more terrifying, and more relentless than ever before – with the first step in an adrenaline-fueled odyssey that will redefine the Shadowman mythos once and for all time!

“Part of Jack’s journey of self-discovery will involve exploring this legacy across the past 150 years, uncovering hidden truths about his ancestors’ relationship with the loa, and learning the implications for his own untapped potential,” writer Andy Diggle told Player One. “You’ll finally get to see the ‘noir’ Shadowman of the 1940s in action, and I get to indulge my love of westerns with the post-Civil War Shadowman issue… Figuring out how it all works, defining the rules – though without necessarily spelling everything out… I’ve been having fun pulling on loose threads and seeing what unravels.”

Don’t fear your demons… Fight them! Orphaned as a child and raised on the margins of society, Jack Boniface never knew his place in the world. Until he discovered it waiting for him…in a darkness far older than the reign of men…

Unbeknownst to him, Jack was fated to become the next in a long lineage of Shadowmen – mortals bound to violent voodoo spirits of immense power – that could safeguard our world against incursions from realms beyond. For years, he struggled to control the loa’s murderous urges – a battle he eventually lost.

But now, after years of self-imposed exile, the man once known as Shadowman is returning home to sharpen the weapon within…and unleash a reckoning on the evils of our world that will soon send shockwaves through heaven and hell alike…

A staggering new beginning for Valiant’s nocturnal guardian starts here on March 28th with PART ONE of “FEAR OF THE DARK” – a tense and gripping three-issue introduction pushing Jack Boniface to the farthest edge of fear itself…and into a startling fight for survival…only in the all-new SHADOWMAN #1!

Plus: Valiant is rewarding fans who reserve the first arc of Valiant’s next essential monthly series with specially expanded, limited editions of each issue in the SHADOWMAN #1-3 PRE-ORDER EDITION BUNDLE – available only as a pre-order set! Released monthly from March through May 2018, each Valiant PRE-ORDER EDITION comes packed with trade paperback-style extras and bonus content, including creator commentary, behind-the-scenes looks at the creation of the comics, process character designs and artwork, and first looks at upcoming issues – plus an exclusive cover by visionary artist Raúl Allén (SECRET WEAPONS) that can’t be found anywhere else!

Fans and retailers, take note: the only way to obtain the SHADOWMAN #1-3 PRE-ORDER EDITION BUNDLE is to reserve this limited item with your local comic shop by the initial order date (IOD) of January 25th, 2018! No more copies will be made available beyond that date and subsequent issues will not be offered in later solicitations!

On March 28th, “FEAR OF THE DARK” grips the Valiant Universe with the must-read first issue of 2018 as high-octane storytellers Andy Diggle and Stephen Segovia present a stunning introduction in SHADOWMAN (2018) #1 – featuring an astounding slate of covers by Tonci Zonjic (Who is Jake Ellis?), Renato Guedes (BLOODSHOT SALVATION, Wolverine), Juan José Ryp (BRITANNIA), and Travel Foreman (Animal Man, The Ultimates)!