Black Panther is a great movie

Black Panther is a great movie
I watched Black Panther this weekend and it was absolutely epic.   Anymore that is no secret the film has a 97% and has made a stellar $200 million dollars in less than a week.   Currently, the film is set to be the highest rated Superhero film and potentially the highest earning Superhero film.........EVER.

There are a lot of reviews out there but I did want to highlight a few things that struck me as a Black Panther fan.  By that I mean a fan of Black Panther before he appeared in Captain America Civil War.

Going into the film my biggest worry is that Wakanda would not feel right.  Wakanda is one of the most interesting Marvel locales.  Marvel has Asgard, Latveria, Atlantis and Wakanda but of all of those places Wakanda is most special in that it really is a pure Marvel concept.
I wanted to see the mix of traditional African culture with that of the future.  I wanted to see technology on people that looked casual and cool.  I wanted to see a ton of Kimoyo beeds and being used in the different ways we see them in the comics.  I also wanted to see a Wakanda that at a philosophical crossroads with itself.  With a new ruler who is had already fought alongside the Avengers I wanted to see the impact of that on Wakanda and the outside world.

Result:  Wakanda kicked the living crap out of my eyes and expectations.  The film had awesome locales all around Wakanda.  Some felt traditional, some felt high tech, some felt in-between.  All the sets were awesome.  The biggest thing I would call out were the scenes where T'Challa was casually strolling on the street of Wakanda and you had a sense of Wakandan street foods, Wakandan music, all the traditional things mixing with the high tech aspects of their society.  That scene really made Wakanda feel organic and real.

Beyond the realness of it, Wakanda just felt cool.  The art, the music, the sytyle all came together in this very hip way.

Wakanda fully exceeded my expectations.  Bravo Coogler just for getting this right was worth the price of admission.

Black People As Smart and Capable 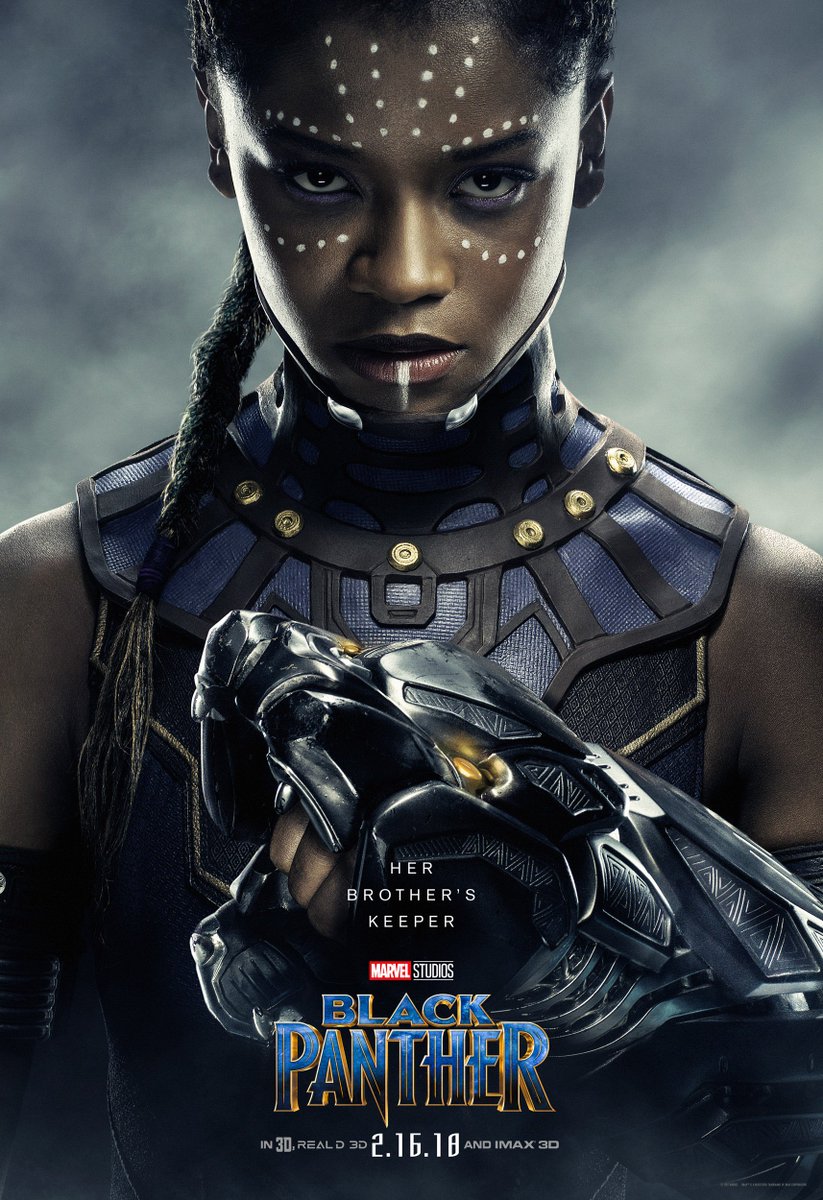 For the record I am a white dude and maybe it will surprise to see to some of you for a white dude to have this on his list.  Personally I see this as one of the most vital aspects of the Black Panther story.  People all over the world are very used to looking at Africa as a place that needs help, but the convenient may be far better off we looked at as a place, that simply needed our respect.

They really showcased the capabilities of Wakanda with all of the characters who were great in their own respects.  However, Shuri in particular stood out as being special by being this extremely intelligent engineer whose smarts exceed that of Tony Stark and Bruce Banner.  It will be fun to get her together with some of those characters in Avengers Infinity War.

On top of capability and intelligence I should also add beauty.  Holy heck is this cast and their outfits in this film insanely beautiful.  It really did not matter if the characters were going for a hip modern look or traditional they all just looked breathtaking. I had a feeling going into the film that the Dora Milaje were going to be awesome.  They were.  The work on their outfits and on their fighting styles and technology just made them into something fabulous and unique.  Each of them felt like their own super hero by the time the film ended.

It would have been easy for the Dora Milaje to just be body guards shown as a minor easter egg in the back ground similar to how they were in Civil War.  It was a real joy to see them fleshed out, and given large arc and importance throughout the film.

When you have a place as powerful as Wakanda you need a villain that can create a real threat.  This was done by both Klaw and Erik Killmonger.  In the end, the film focused more on Killmonger that very elegantly wove together the internal conflict of Wakanda with the external threat of Killmonger.  The scene with Klaw in Korea and the epic battle in the end were both highlights.  Of course M'Baku was also thrown in as a pseudo villian in an intelligent way.  I kind of wanted to M'Baku as Man Ape but understand why they didn't go that route.


Black Panther film is a massive success I believe for having a director who mined all the details out of the source material and very crafty pieced them together.  You could feel the love from the creators to the actors that went into this film and made it something uniquely fantastic.

The crazy thing about this film is that I think the company will no doubt be pursuing creating Black Panther 2 over Spider-Man 3.  This film catapulted T'Challa to the tippy top of the Marvel ranks and I think he brought a whole lot of Wakandans with him.