Who will be the villain of X-Men Dark Phoenix Who will be the villain of X-Men Dark Phoenix

The Fox is remaking the Dark Phoenix effectively rebooting the X-Men 3: The Last Stand which easily was the worst of the original X-Men trilogy.  This time the Jean Grey will be played by Sophie Turner from the X-Men First Class time line.  The original film shied away from touching on the comic stories aliens components.  In the comic story (Also depicted in the Animated Series) the Dark Phoenix was tied heavily into an alien race known as the Shi'ar.  The Phoenix Power was both desired and feared by the Shi'ar leading the powerful alien race to dispatching their powerful elite forces led by Gladiator to Earth.  Among the Shi'ar was also the character Liandra a  rebellious space princess who became a love interest of Charles Xavier.

X-Men the Last Stand came out in 2006 a mere 12 years ago but seemingly ages ago in comic book terms.  The heralded MCU reinvented what could be done with comic book films and began 2 years after X-Men the Last Stand with Iron Man in 2008.  This is a distinctive inflection point where after it comic book films became extremely more daring.  While the Fox films have generally tried to keep their properties looking more realistic there seems to be a growing chance that they engage cosmic aspects of the Dark Phoenix Story


X-Men Store:
Toylab is a member of the Amazon Affiliate program so you can find the coolest X-Men products and toys like those below: 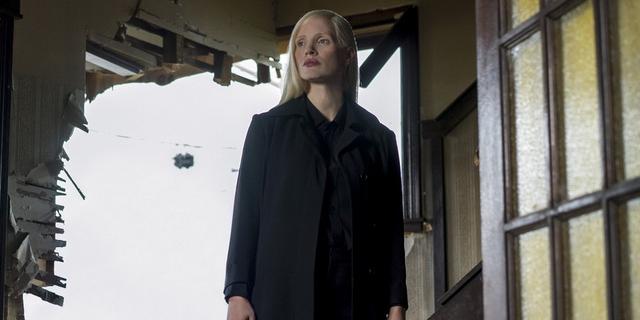 A major part of the Dark Phoenix story is Jean Grey battling her own dark self.  However, there will likely be other major villains in this story beyond Jean.

There has been great speculation on what character actress Jessica Chastain will play in the film.  Her character is given the name of Agent Smith but is also suggested to be a shape shifter.  Initial speculation was that she would play Liandra but those reports have been denied.

There are a few potential characters she could be.

The Skrulls -  Fox has rights to the Skrulls who appeared in the Fantastic Four stories giving them a lot of access to the major Skrull agents and queens.  There have been numerous Skrulls in Marvel stories and if they go the cosmic route its possible that Fox decides this is where they want to introduce the shape changing aliens.

There are also a few members of the Shi'ar Imperial Guard who she could be.  The Imperial Guard members all have powers and a few are more than capable of making themselves appear human.

A candidates include:
Shapeshifter/Sifter/Hobgoblin - this character has had various names but in all of them this guard member can change shape.
Magique - This character is an illusionist and could be using the power to maker herself to appear as a human.
Stuff - This is another shapeshifting member of the Shi'ar Imperial Guard.  Stuff is part of a  alien race that naturally appears like a green amobia but can dramatically alter his size and shape.

What about Gladiator?  Gladiator is generally depicted as a large male, but Fox could be taking the character a different route and have made him female.  This would throw off fans and also bring in one of the most popular cosmic X-Men characters into the film.

Not much is given away by Jessica Chastain's look in revealed pictures.  She appears like an Agent Smith.  Like an every day secret agent.   Obviousily there is a lot more to her character but it has not yet been shown by Fox.

What are your theories?  What characters would you like them to bring out as villains?