Jumanji: Welcome to The Jungle Review by Scoobs 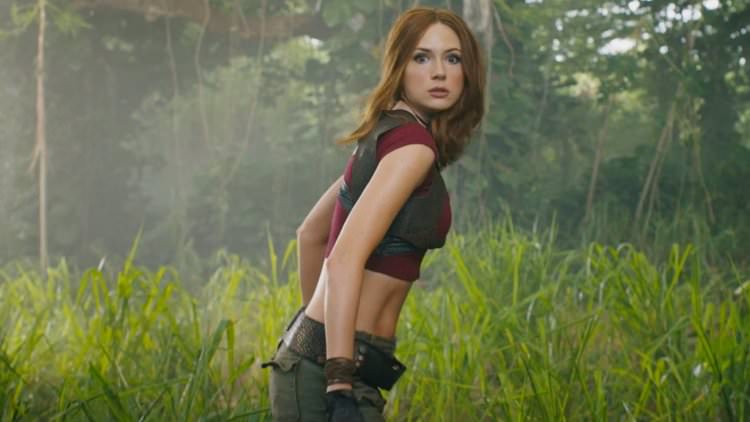 Here is my extremely short, brevity is the soul of wit review of Jumanji: Welcome to the Jungle
Its Fun!

Jumanji is just a really fun movie, jam packed with action, fun characters and jokes.  Its not especially intellectual or genius but it is a smart remake that breathes new life into Jumanji by modernizing it.  If I had to classify it I would call it an action adventure / comedy film that is full of  video game satire.  It is not going to change your world view but it will allow you to escape and laugh for a couple of hours.  My kids in particular loved this film.

I give it a ROCKSOLID 8/10 from Toylab
The film earned a 77% critics rating on Rotten Tomatoes and an impressive 90% audience rating.

Jumanji is not a sequel of the prior film Jumanji but instead is a smart reboot of the first.  You do not need to see the original film or have read the book in order to understand this film.
4 Teenagers are sent to detention.  The Teens are each one of the stereotypes of you typical teen movies, the nerd boy, nerd girl, jock and pretty girl.  When these teens decide to entertain themselves by playing a video game during detention they find themselves getting sucked into the video game and becoming the avatars they selected.  There are some hilarity as the kids realize the avatars they selected were not quite what they expected.  They must then come together as a team and battle their way out of the video game while avoiding the dreaded ........Game Over.

If your kids like the movie as much as mine did you might consider picking up the Jumanji book for them.   While not exactly the same as this movie remains a great book.

77%
Average Rating: 6.1/10
Reviews Counted: 163
Fresh: 125
Rotten: 38
Critics Consensus: Jumanji: Welcome to the Jungle uses a charming cast and a humorous twist to offer an undemanding yet solidly entertaining update on its source material.


This Toylab Movie Review was given to you by Scoobs!