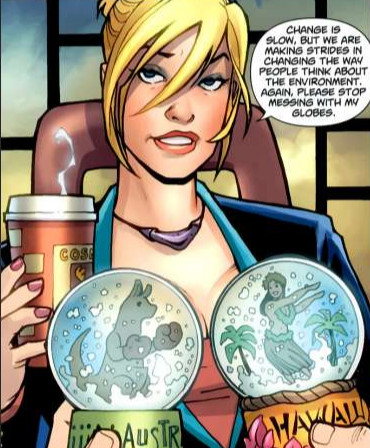 People have started to talk about casting Power Girl and as part of that discussion her two most un-ignorable attributes are likely to come up, her brains and her invulnerability.......just joking.  Everyone knows which two I am talking about.  We're talking about her giant Boobs.  As we get into casting I think it is an interesting question to ask, how important are big boobs to the character of Power Girl.

Different characters have different attributes both mentally and physically that their stories are told around.   Sometimes these attributes are important, sometimes they can be changed and people won't really notice.  Almost all comic characters are ridiculously fit and have Olympian level physiques that often are far beyond that of any normal human beings.  Feminists have been highly critical of how female super heroes bodies are drawn and designed.  While male heroes operate on idealistic level its usually based around strength, while as female characters are often hyper sexualized.  The comic company's have taken this to heart (To varied extents) and more realistic female portrayals have appeared on shelves though there are still plenty examples of "Cheesecake" characters.   Cheesecake being a style of art that is built exclusively around hyper sexualized visuals.  There is one character though that sticks out at as entirely ignoring this trend and that is Power Girl.  Power Girl is known for having the same powers as Superman, having a high powered career, and also having massive boobs and a revealing outfit.  Power Girl's costume actually has a novelty referred to as the "Boob Window" in which her massive cleavage can be seen bursting out.  Ironically, Power Girl has also been one of the most popular comic characters with female audiences, and yes even self described feminists.  During this period of time Power Girls boobs have not shrunk, if anything they have actually gotten bigger.  Amanda Connor the artist (A female artist) who has become famous for her work on Harley Quinn and Power Girl has not skimped at all on Power Girl's bustyness.

In my totally non scientific, anecdotal tally of the most popular DC heroes with female comic fans I would say the following is the top 3:

Yes, many female fans do read Batman but hell everybody reads Batman.  Also Batgirl has bouts of popularity but really those 3 stick out to me.  When I go to comic conventions and get in lines for artist signatures the lines for Nightwing, Power Girl, and Harley Quinn artists tend to become heavily female.  The comic company's have long tried to woo female fans and at DC I would say these are the titles that have had the most success.   While I understood and even expected the Harley fans I was initially puzzled by the Power Girl female fans.  I wrote off Power Girl as a Cheese Cake character with little appeal beyond middle school boys.  However, I was wrong.  When I actually sat down and read a Power Girl I realized there was a lot in the comic that all people could relate to.  The comic while making fun of itself had also gone meta  in its own way.  It was beginning to comment not just on comics but also on society and how someone like Power Girl is viewed.  It was not Cheese Cake so much as it was funneling and using Cheese Cake to tell a unique story.  Its not something I would have guessed, but who cares about what I or anyone thought.  Girls like Power Girl and that is what matters.

One thing that should also be noticed on my list is that Nightwing is a case of a sexualized male.  While there is more to the character than his butt.  His butt is very important to his female fans.  The comic is full of pictures of his behind and in every take down he does some how finds a way to show his butt in a similar way that female characters often are strained into revealing poses.  There are actually whole tumblrs devoted to the backside of Nightwing.  When Brenton Thwaites was cast as Nightwing in the Teen Titans Live Action film the internet lit up with people asking if he had the legendary butt of Dick Grayson.   Searches for his butt lit up Google and trended on Twitter.  Much like Power Girl, Nightwing has both male and female fans but those fans all seemed to feel that his butt was important.

Its easy to laugh at these things, and its also easy to over analyze them.  As we go forward in our society in the aftermath of the #MeToo moments troubling revelations I do think its important to take the time and look at characters like Power Girl and ask what they reveal about us.

What do Power Girls huge boobs, and her female popularity tell us? 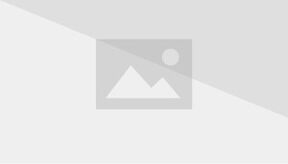 Here is my conclusion:

Women comic fans don't want all their characters to be sexpots, but they also don't want them to be all nuns.  If you are creating a universe whether as a novel, comicbook, videogame or in film instead of creating a bunch of female characters that you think females want to see, instead create a bunch of diverse, and interesting characters.  Power Girl has big boobs but there is more to her than her rack, part of her appeal is her constant struggle at dealing with men who oogle her, or fail to take her seriously.   While she is both one of the strongest and most intelligent characters she can often face objectifying stares and  lewd comments from men.  While other characters ask her why she doesn't cover up, she often points out that she shouldn't have to.  Other woman also treat Power Girl differently, sometimes they criticize her, other times like Harley Quinn they adore her.  Many women face this everyday and they find aspects of Power Girl they can related to.  This makes her story unique, and worth telling.

It is also worth noting that Power Girl seems to be immune to the various tropes of the Women in Refrigerators.  She is her own woman and not used as a plot line to advance a male character.  Also while she is oogled she stands up for herself and is never sexually attacked.

What if girls shockingly want the same thing male fans want.  Different characters who are struggling with different problems and using different strengths to solve those problems.

Are Power Girl's boobs important to the character........I would argue yes.  I am not saying an actress should have as big of boobs as Power Girl but certainly I think she should have a something there.  Just like Nightwing's butt, her chest is going to be important.  I would say that ideally they would find an actress with descent sized breasts and also a fit/ muscular physique.


Thank you Jeff Chapman for turning me into Power Girl! I love it 🙌🏽 pic.twitter.com/BkgPMZfJ3t
— Gemma Atkinson (@MissGAtkinson) January 8, 2018