Why Fox / Disney deal is good for Comic Fans 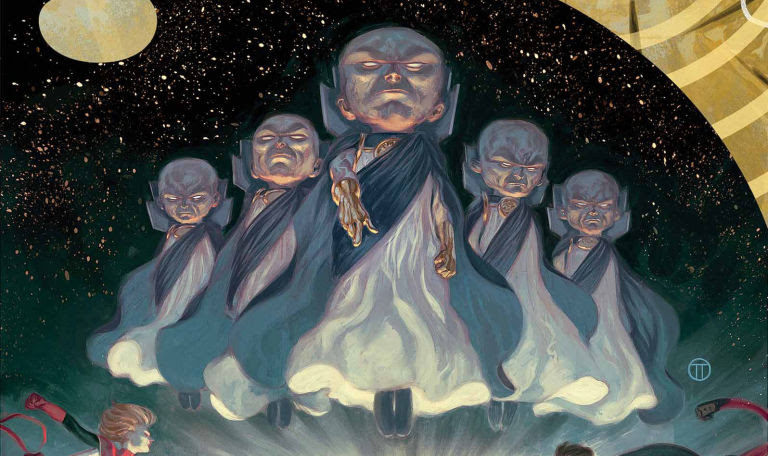 The noise about a Fox / Marvel deal continue to grow.

Last week I began to get bombarded with pings from sources that the Disney Fox deal was infact happening.  However, none of the people I heard from were hard news outlets so I remained silent but then last night I saw the following come out from CNBC:

Walt Disney Co. and 21st Century Fox are closing in on a deal and it could come as soon as next week, according to sources familiar with the matter.

Toylab's take on this is there is an awful lot of smoke around this for there to be no fire.  If you need evidence that this deal is coming you just need to listen carefully and you will hear a weird grinding sound that is all of the cinophiles in LA gnashing their teeth.

Lets all be frank this deal is not very popular in Hollywood.  Actors, Producers and crews see the deal as taking away another Studio and a potential employer or bank for their projects.  Disney is also seen as being on the stingy side with money and they fear that without other major studios making films that their rates could go down.  I even read a few people who thought that Disney should be challenged as a monopolly.  There are many real worries here and I don't want to dismiss any of them.  If I was an actor I would likely be against this deal.

But alas I am not an actor.  What I am is a comic fan and more importantly a Marvel comic fan and the lense I see this deal through is amazingly rosy, in fact I would call it a dream come true.

When I was in my teens Marvel was bankrupt and in a state of near desperation sold out its film rights all over the place.  Marvel retained only the characters that no one wanted, Captain America, Iron Man, Thor a bunch of heroes that sold comics but no one thought had any mainstream appeal.  I then watched as a series of films by Sony using Spider-Man and Fox using X-Men came out.  Some of these films were ok, but all and yes I do mean all of them felt like they lacked something.  I accepted this status quo for a long time.  It was a sad thing, but it was what it was.

Then Iron Man came out in 2008.  The MCU changed everything and reimagined what the super hero film could be.  They made the movies really feel like the comics.  With Iron Man it was the first time I felt that the film makers actually cared about the character.  It was the first time it did not feel like a  cash grab.  It was the first time as a comic fan that I really felt like someone in Hollywood understood me, and most importantly respected me.  It changed my standards on films over night.  There is a distinctive line between the Super Hero films prior to Iron Man and those after.  One of the things you see is that quality of Super Hero Films went up dramatically and also that the films that were not good generally did bad at the box office.

Marvel who later was purchased by Disney never made a bad film.  The closest might have been Thor 2 or Incredible Hulk but generally even the lowest rated Marvel films were better than those at Fox.  Fox did up there game for the most part.  X-Men Days of Future Past was a good movie, X-Men First Class was a good movie but even here things felt a bit off and discombobulated.  What exactly is the timeline that connects these films?  Fox also made some bad films X-Men Apocalypse was underwhelming and Fantastic Four was an utter disaster.  The studio did manage to create some genuisly great films in Logan and Deadpool.  While some fret on what will happen to Deadpool in the Disney Universe I would like to point out a fairly obvious fact.  The X-Men universe for the most part has reached the end of its road.  Hugh Jackman, Patrick Stewart are done.  Even members of the X-Men First Class universe seem to be preparing to move on.  X-Men Phoenix seems to be setting the stage for the finale of that universe.  Setting the stage for something even bigger, something no Marvel fan would have dared dream about 10 years ago, a united single Marvel Universe.

If Marvel turned the Guardians of the Galaxy into one of the best super hero films of all time imagine what they can do with the X-Men, with Doctor Doom, with the Fantastic Four.  The possibilities here feel endless.  In the end I want to see what comes of that more than I want to see a Deadpool 3.  That is just too big, too epic and yes I think it is coming.

Lets face it at the end of the day Kevin Feige's MCU has put out better Super Hero films than anyone else and giving him the keys to the X-Men/Fantastic Four car is not only ok, is not only good, it has been EARNED.

Marvel has been pretty coy about what is happening after the Avengers 4.  There are a few films planned in that period but multiple sources have said that the Universe would be changing.  Part of what I feel is behind the silence is the creatives having to wait to see if this deal is done.  Once it is done, it opens up every Marvel story ever told.

More importantly it gives one company complete ownership over these characters and ends what have been seemingly bizarre and destructive tactics that have effected Marvel films, toys, video games and comics..  Marvel has attempted to shun various characters in comic form that it does not own the film rights to.  They have also prevented toys from coming out to be aligned with the films at Fox.  While these tactics have undoubtedly hurt the print sales of Marvel it has been approved because the bigger cash cow is now squarely on the film side of the company.  This deal would end this bizarreness and would hopefully see the X-Men and Fantastic Four again return to being Flagship titles in the company's monthly comics.

Fox's X-Men Universe and Marvel MCU were both reaching their finales and needed to go out and find new actors.  Well now they can do that in a merged and unified way.  The timing for this deal is thus perfect like 2 universes serindipiousily aligning.  It seems like fate and I for one have my popcorn ready and a smile on my face.