The End of Miles Morales? 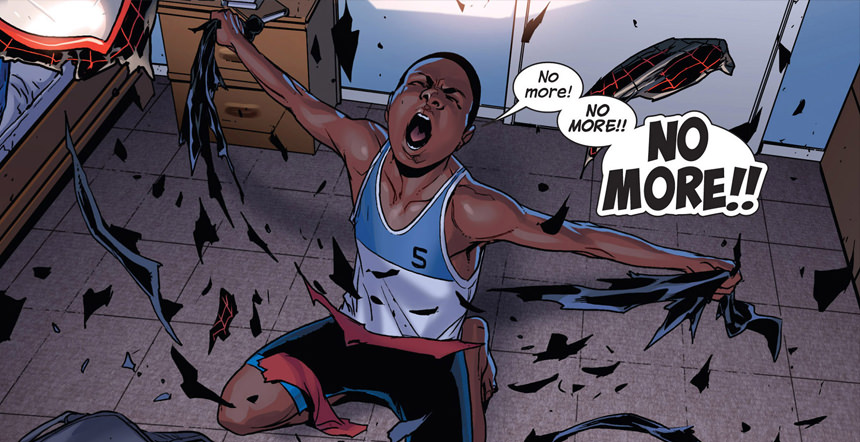 Ever since it was announced that Brian Michael Bendis announced that he was leaving Marvel for DC rumors have swirled at what the implications could be for characters that Bendis created or helped evolve.  Top of the list of speculation are Jessica Jones and Miles Morales.


With this backdrop occurring many eyeballs have gone to the title Bendis is finishing up called Spider-Men II that focuses on Miles.  While Miles has now been using the Spider-Man mantle for awhile it has taken some adjustment inside the main 616 Marvel universe he finds himself in.  While Peter Parker died in the Ultimate Universe that Miles is from in this universe Parker is still well and alive.  Parker is also using the Spider-Man name.  This has begun generating a question in Miles as to whether he should continue to use the Spider-Man name or find a new one.  There is even the chance that Miles could choose to retire and not go forward being a hero at all.  Spider-Man II focuses heavily on the origin of Miles and his analysis of the Spider-Man name and what it means to be Spider-Man.

In Spider-Man II #5 Miles begins to come to some grim conclusions. 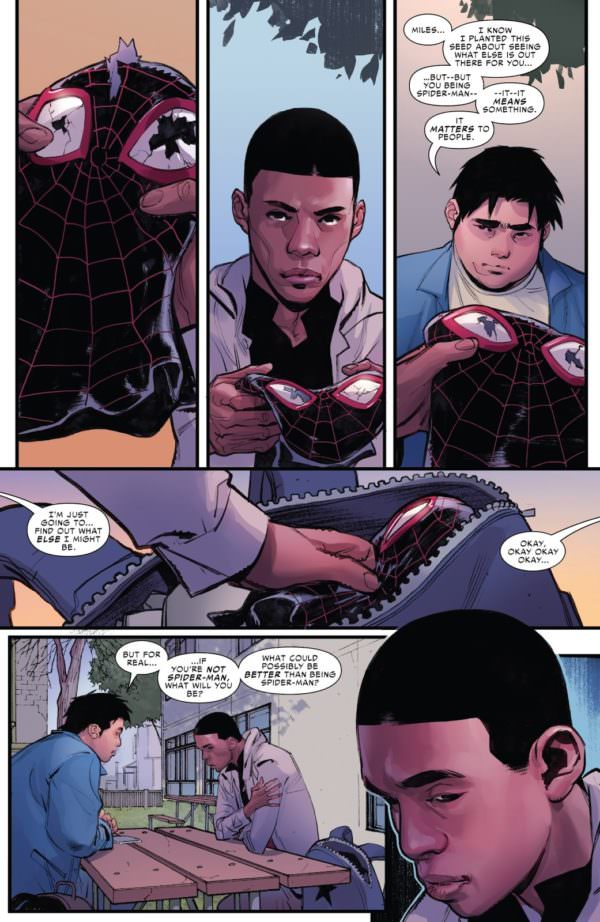 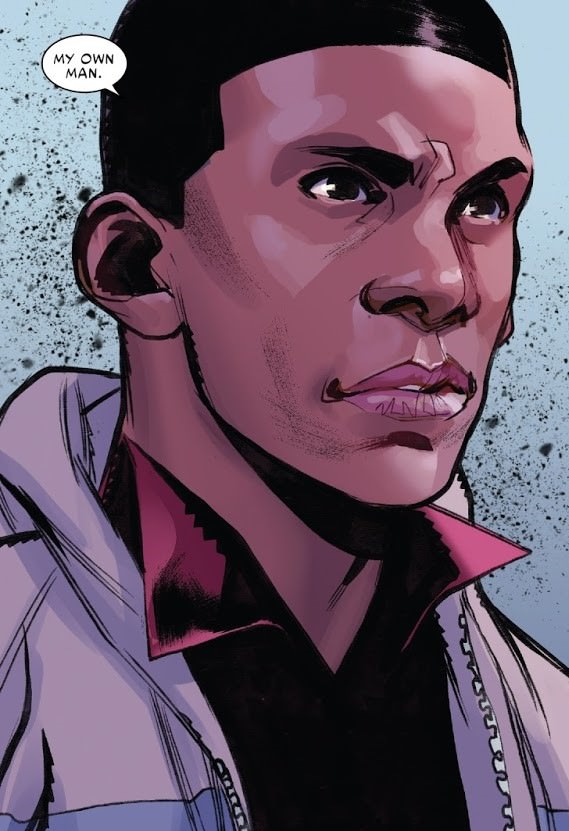 What path will Miles take?  That is not yet clear but this series does give Bendis a chance to plot the path forward for his beloved take on Spider-Man.

Curiously even as Miles struggles with identity in the 616 universe Marvel has begun to tease that the Ultimates Universe may infact still exist.  This could mean that Ultimate characters like Miles could return to that universe and resume  their superheroic careers there instead of struggling to find a place in the 616 universe.

One question will be how fans take the idea of Miles not being Spider-Man anymore.  Many people have heralded the move of creating a black Spider-Man.  Spider-Man is the most popular Marvel character and arguably the most popular comic character of all time.  That said Marvel has never made Miles "the" Spider-Man due to the fact they still want to make money off of the traditional Peter Parker variant.  Miles has always been the Spider-Man of the Ultimate Universe or one of the Spider-Men existing in the 616 universe.  A name change may allow him to differentiate himself and gain more of a following.

There are examples of successful characters following in the name of original like Tony Stewart in Green Lantern and there are also examples of a character finding a new following by altering his name.  One major example of this would be Rhodey who initially used the Iron Man name but later went off in his own name of War Machine.  A major part of War Machine's success was his ability to capitalize on unique skills and weaknesses from the original making him more than a simple spin off.  Mile's success beneath a different name may depend on much the same thing.  Another major name change was Dick Grayson's change from the side kick Robin into lone hero Nightwing.  The Nightwing name came to reflect a graduation of sorts to a more serious hero.  There is a fear though that once Miles leaves behind the Spider-Man mantle that he could fade into obscurity.

What do you think of Mile's future?  Should he continue to use the name Spider-Man or are you excited to see what mantle he creates for himself?

Marvel Store:
Toylab is a member of the Amazon Affiliate Program and can offer great Marvel merchandise deals directly from Amazon.